San Francisco—on top of everything else, it is literally a ship burial ground.

Below, you can see where ships are entombed just below the surface, in addition to what the shores of San Francisco used to look like before it was altered. 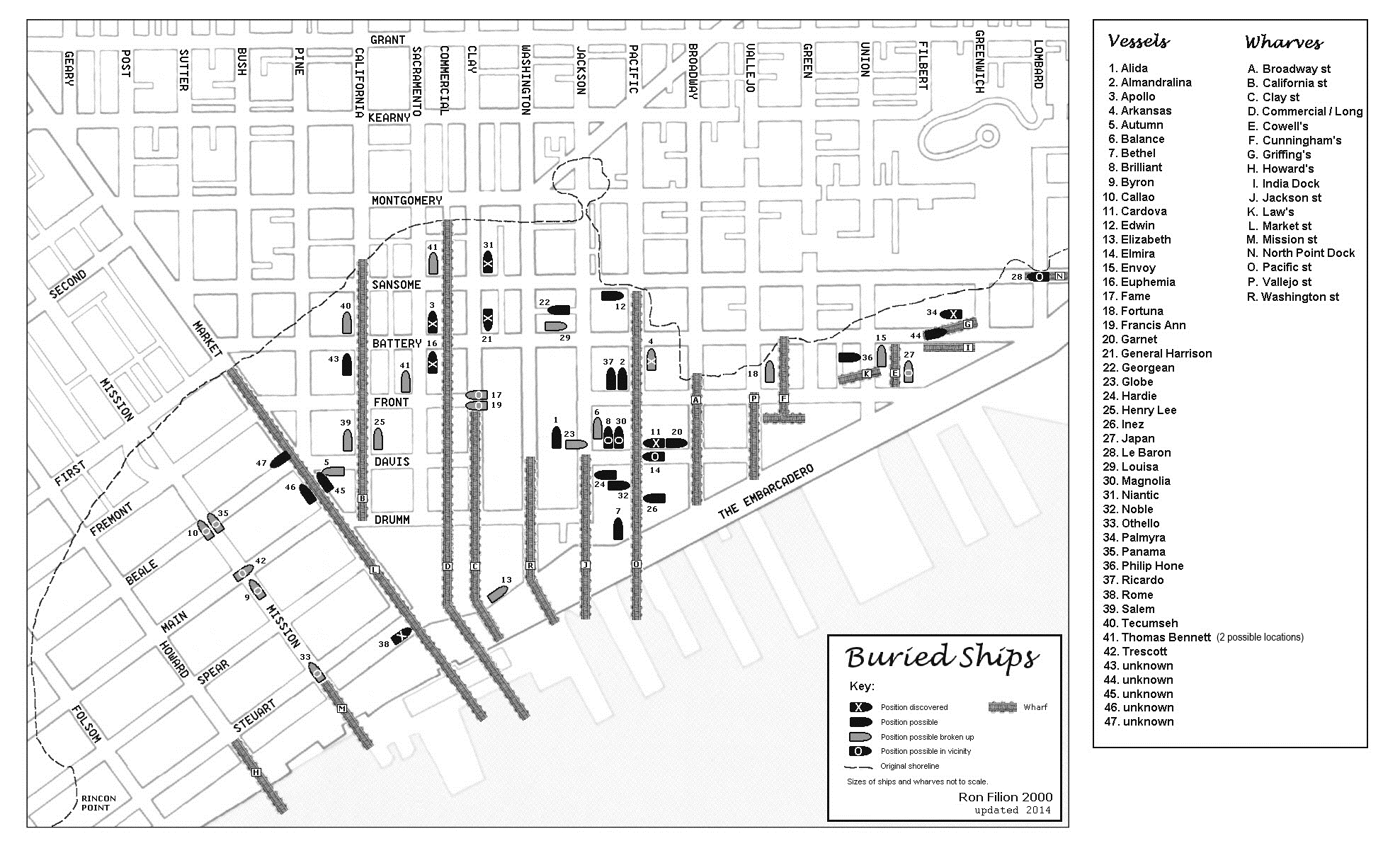 Back in the Gold Rush era in the 1850s, about 62,000 (!) people from across the globe arrived in San Francisco over the period of a year. Once miners got here, many just abandoned their ships and left them to rot in the harbor (cool), or the ships were used as storage spaces. Because so many people came in such a hurry, the city had to be built up and settled quickly, leading to waterfront extension proposals that expanded original shoreline out to what we know as the Embarcadero today.

So those ships that didn’t have anywhere to go where just built on top of. Here’s a zoomed-in version, where you can see how each of the ships are positioned within the Financial District blocks: 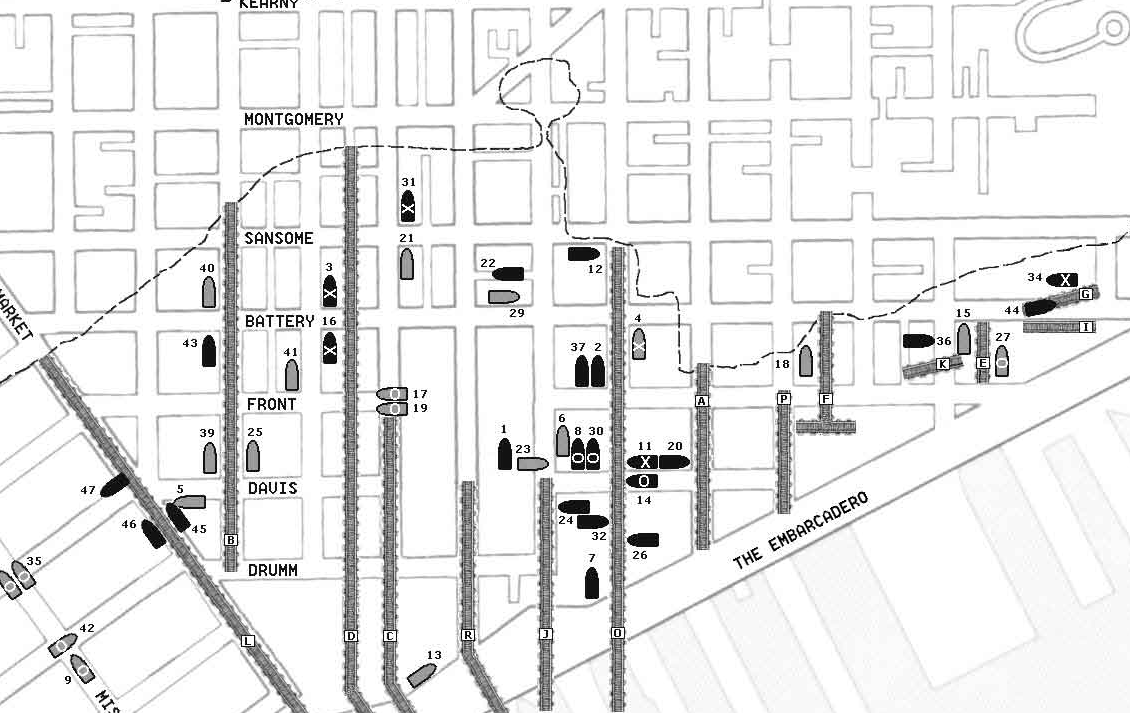 Here’s another look at the original shoreline versus where it is today that lets you better envision the ships all floating out on the wharves in the old harbor. 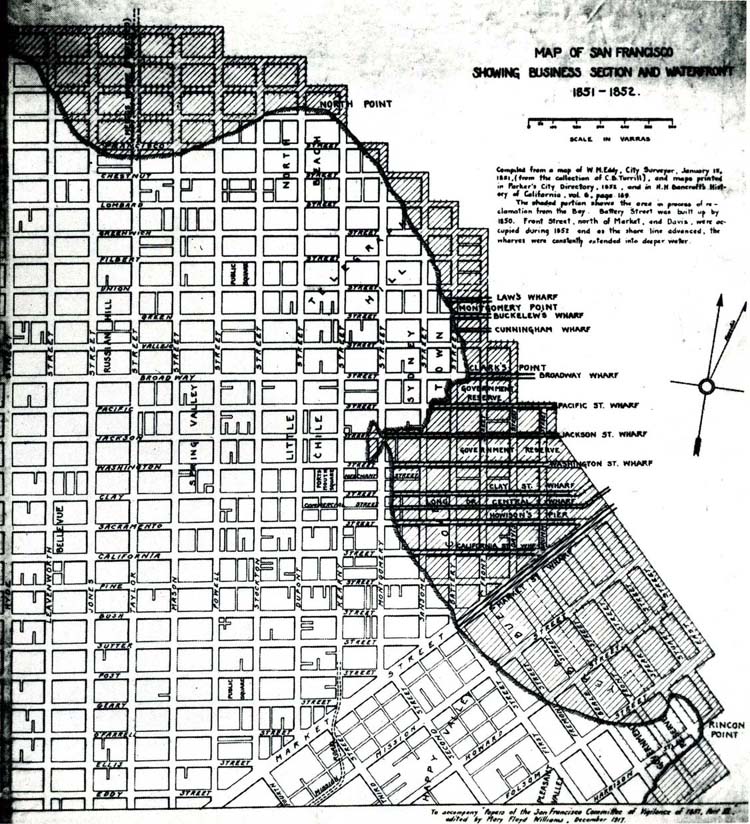 And here’s what it looks like when one of these things are discovered during construction projects. 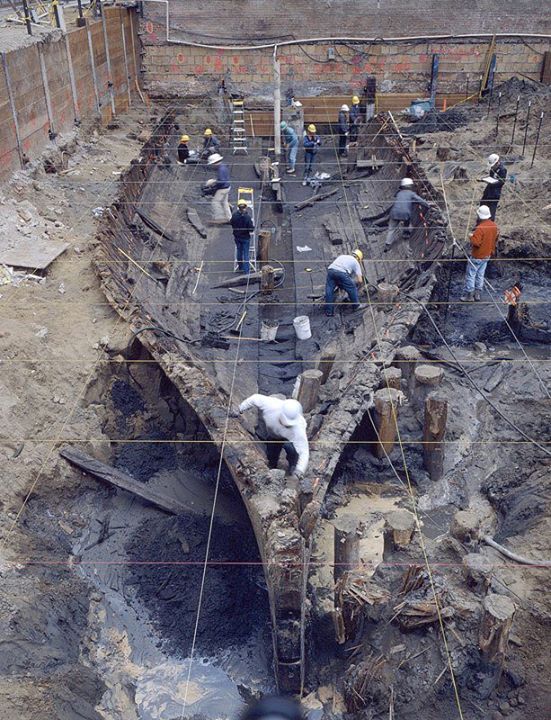 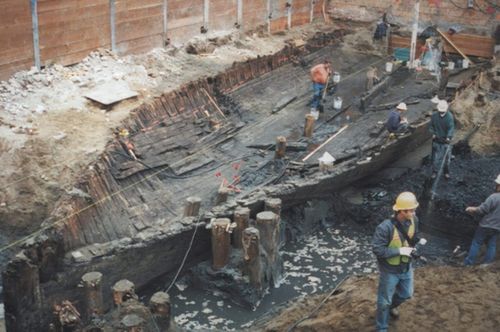 Back in 2001, the General Harrison was uncovered during construction downtown. It was built on top of (again) with an 11-story building.

That’s number 21 on the map above. Meaning it’d be about here… 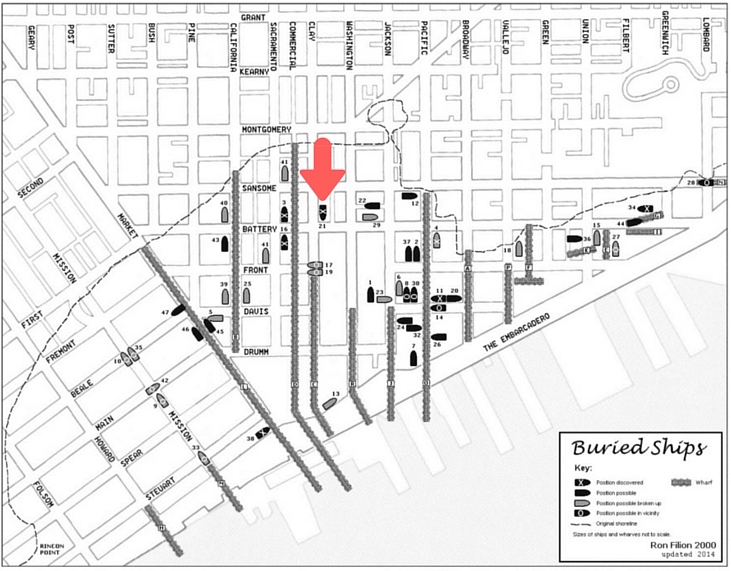 At the corner of Battery and Clay. 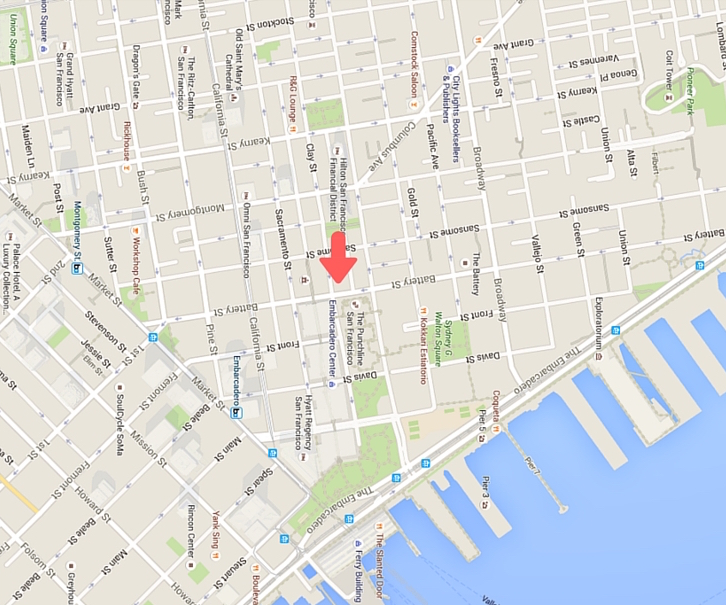 …or, in other words, buried beneath this exact location here.

Cool, huh? You can do that with just about any of the ships on this map.

Now every time you walk in the Financial District, you’ll know where a ton of ships are buried right beneath your feet, many of which are still being discovered, even as late as 2014.