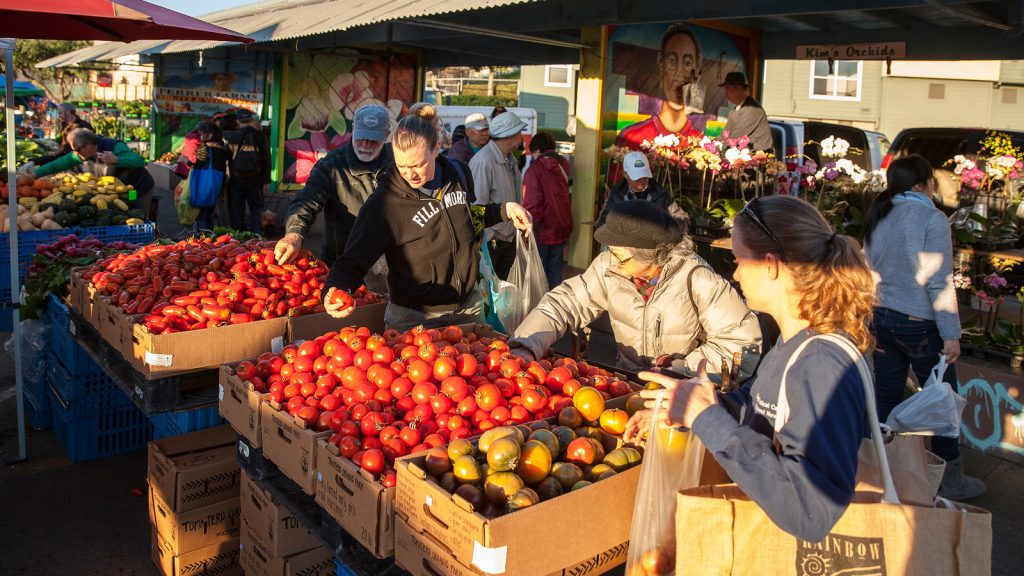 Back in 1987, when Jessica Burdman and her then-husband were shopping for a house in San Francisco, they found themselves priced out of their popular Noe Valley neighborhood. They looked southeast — and up — to nearby Bernal Heights. A working-class community, it offered small vintage houses on a severely raked hillside with majestic views, when you scrambled to the top. The couple paid $189,000 for a 900-square-foot house on a street not inappropriately called Bonview. They added a second floor.

Theirs wasn’t just any house, but an “earthquake shack,” one of the thousands of wooden cottages built to temporarily house San Franciscans left homeless by the 1906 earthquake. Originally clustered in camps, some of the cottages were relocated throughout the city and fitted with plumbing and electricity for long-term use. Only a handful have survived. The last to appear on the market in Bernal Heights was a one-bedroom, one-bath house listed last summer at $900,000.

Bernal Heights has the ambience of a village, with small shops, public bulletin boards papered over with notices and even a wild coyote whose welfare many in the community fuss over. But some Bernalese declare themselves ambivalent about the San Francisco real estate boom that has put their once-humble neighborhood out of reach to many.

Ms. Burdman, 50, an advertising executive who lives in the house on Bonview Street with her teenage daughter, said, “I’m happy by how our houses have appreciated, but it’s changed the character of the neighborhood.”

Kristin Hofso, an owner of Bernal Hill Realty in Bernal Heights, acknowledged that the community has grown more affluent, with the average price of a single-family house rising from $800,000 in 2012 to just under $1.4 million this year. “But it’s remained progressive, racially diverse, with some vibrant artists and many independent businesses,” she said. In her experience, newcomers seek out those aspects before any particular property. “I’ve sold real estate here for 25 years,” she said, “and almost all the buyers who come to us say, ‘We want to live in Bernal.’ ”

The main business district on Cortland Avenue is lined with singular shops and restaurants, established and new. The Lucky Horseshoe Bar, which features live music, is said to have been rooted at 453 Cortland for 105 years, weathering very occasional changes in name and ownership, while 12 Small Things, an emporium of artisanal crafts from around the world, just opened in October at 513 Cortland Avenue.

In addition to Bernal Heights Park, the neighborhood’s green spaces include Holly Park, a 7.5-acre oval on the southern side with a new playground and basketball and tennis courts, and Precita Park, a three-block-long rectangle on the northern side with a playground and butterfly garden. In April, the College Hill Learning Garden opened next to the neighborhood’s reservoir, at 336 Elsie Street. A project of the San Francisco Public Utilities Commission, it was developed to teach elementary schoolchildren about urban ecology and healthy food.

Patrick Carlisle, the chief market analyst at Paragon Real Estate Group, in San Francisco, said that geography has much to do with Bernal Heights’s current popularity. The neighborhood is accessible to the nearby high-tech centers of SoMa and Mission Bay, as well as highways running south to Silicon Valley. Its microclimate, beyond San Francisco’s fog belt, is sunny. Not least, it lies directly south of the trendy Mission District.

The housing stock, Ms. Hofso said, reflects two distinct building booms. The first directly followed the earthquake, resulting in the many Edwardian-era houses found on Bernal Hill’s gentler slopes. The second occurred after World War II, yielding midcentury homes that were engineered to occupy the area’s steeper grades. “By 1952, most of the hill had been built up,” she said, leaving very little room for contemporary architecture.

Though many of the neighborhood’s typically small homes have been enlarged over the years — with the addition of one or two bedrooms — they generally remain modest in size, Ms. Hofso added. According to Mr. Carlisle, the average house size in Bernal Heights is about 1,525 square feet, as compared with an average of about 1,850 square feet elsewhere in San Francisco.

As prohibitive as its real estate prices are, Bernal Heights sends out a message of communal warmth and inclusion. This is where a self-described “Cali-Jewish deli” shares a 331 Cortland Street storefront with a Thai chef and Russian piroshki maker, while a sign on the window recently celebrated the imminent arrival of another business selling Jamaican patties. This is also where someone took the trouble to pin a found Teenage Mutant Ninja Turtles hat to a public bulletin board in Bernal Heights Park, near a poster for a video called “Coyotes As Neighbors.” 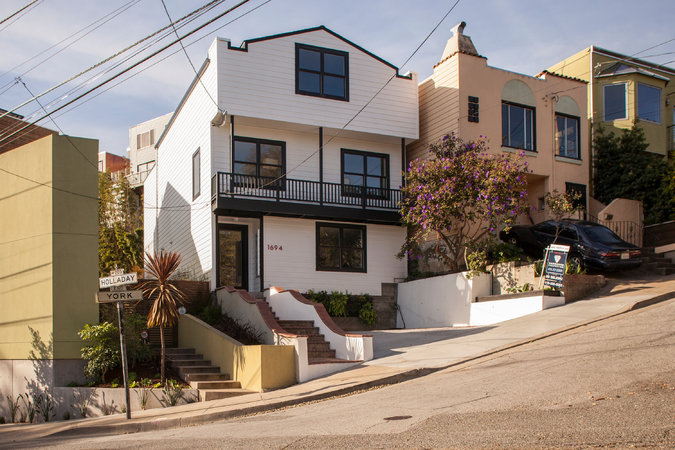 The two Bay Area Rapid Transit stations that are nearest to Bernal Heights lie just outside the neighborhood’s borders. One is the 24th Street Mission Station, in the Mission District. The other is the Glen Park Station at the corner of Bosworth and Diamond Streets, west of San Jose Avenue. Both are about a half-hour walk from the center of Bernal Heights. From there, it is a quick trip downtown or to the East Bay. Public buses run frequently along Cortland Avenue and Mission Street. Ms. Burdman said it takes about 40 minutes, door to door, to travel to her office in the SoMa district, 25 to 30 minutes of which is “just getting to BART.” As a result, she works at her home several days a week.

Bernal Heights was named for José Cornelio Bernal, a soldier to whom the Mexican government granted a big piece of modern-day San Francisco in 1838, and who built his family home near the neighborhood’s current borders. According to the Bernal History Project, a research and preservation group, even after the railway forged a connection with denser metropolitan areas in the late 1860s, Bernal Heights remained largely an outlier, booming only after the 1906 earthquake turned developers’ attention to its wide-open, affordable and geologically untroubled spaces. “More than 600 houses were built in Bernal in the year after the disaster,” the website notes.