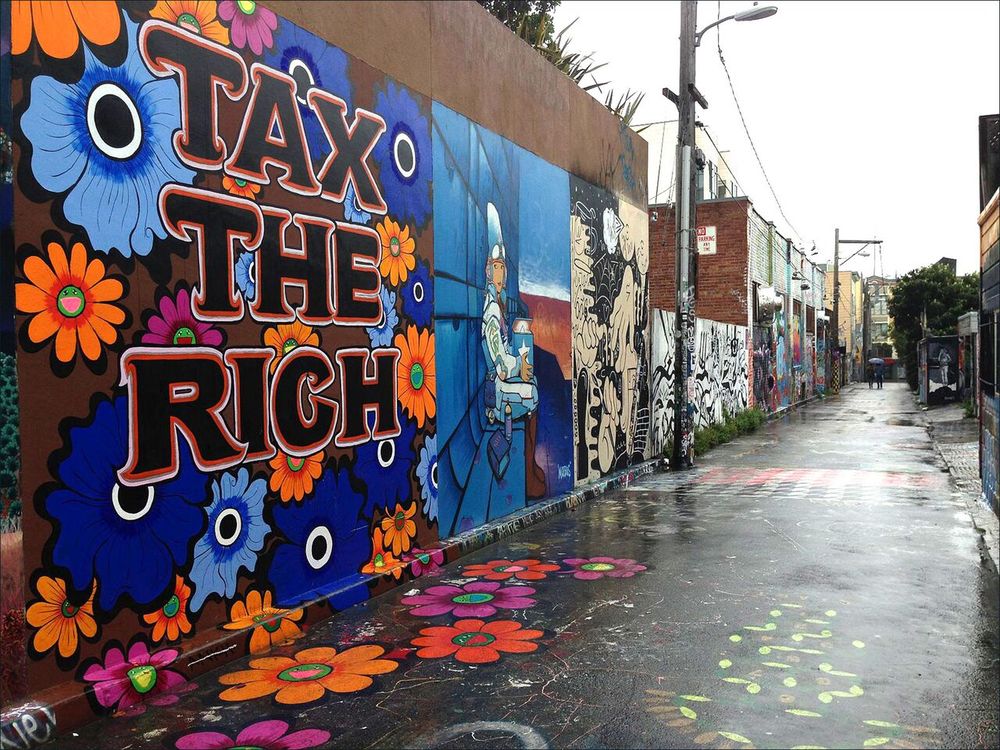 Clarion Alley, the weird and beautiful stretch of pavement that runs 560 feet between Mission and Valencia (parallel to 17th street), has seen over 800 murals painted by 100 plus artists over 23 years. But most of those images have been lost to time, and there was never anywhere to go to see the full legacy of the alley in one place.

Today, the Clarion Alley Mural Project (which will soon be an official non-profit, after nearly a quarter century of shepherding the alley’s creative energies) bit the bullet and launched a website, which includes an art archive going all the way back to the 1993, showcasing many pieces which haven’t existed physically for decades.

In those days, two Mission artists, Aaron Noble and Rigo 23, decided that the then-depressing looking 15 foot wide alleyway (of which both were residents) would make an ideal canvas for their work. After all, it’s not like there was much there to spoil if they got it wrong.

Over the years, only two properties have ever declined to let CAMP artists festoon their building, one a chiropractor’s office and the other a private residence who just weren’t feeling the CAMP vibe for their home. “We always respect the neighbors’ wishes,” CAMP member Christopher Statton told Curbed SF. Although, the alley being what it is, any blank walls are the victim of frequent tagging, and CAMP routinely has to buff them out. Comes with the territory.

(Artists also admit that now and then in the old days, when a building owner couldn’t be located, they just painted anyway.) 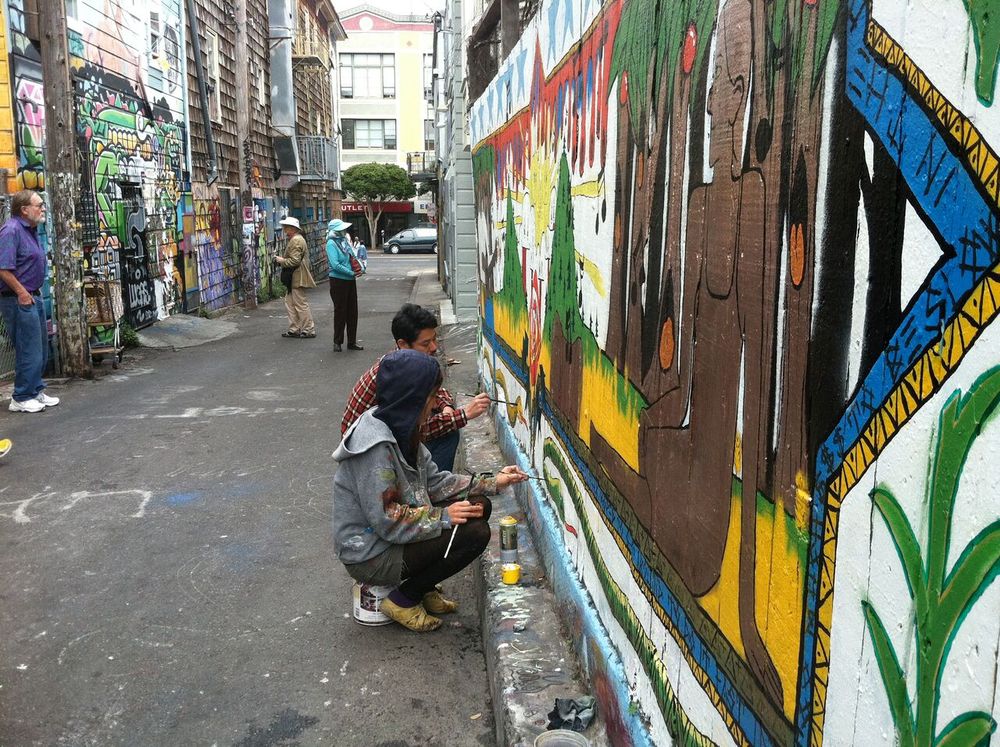 Inspired by the political art of Balmy Alley a few blocks away, the paintings trend toward protest imagery and messages about race, class, and, these days, the housing market, but artists are free to paint whatever they like, be it superhero naptimes, dinosaur standoffs, or, most recently, a Prince tribute titled Rest in Purple.

The oldest extant mural dates to 1994. Some are preserved for years, while others come and go on no particular schedule. More than 700 of the roughly 800 murals have been added to the archive, searchable by artist, year, or even the buildings the pieces were on. Uploading them all was a two year ordeal, and there are some gaps still, if anyone out there suspects they have old photos or video that might fill in a blank space or two. 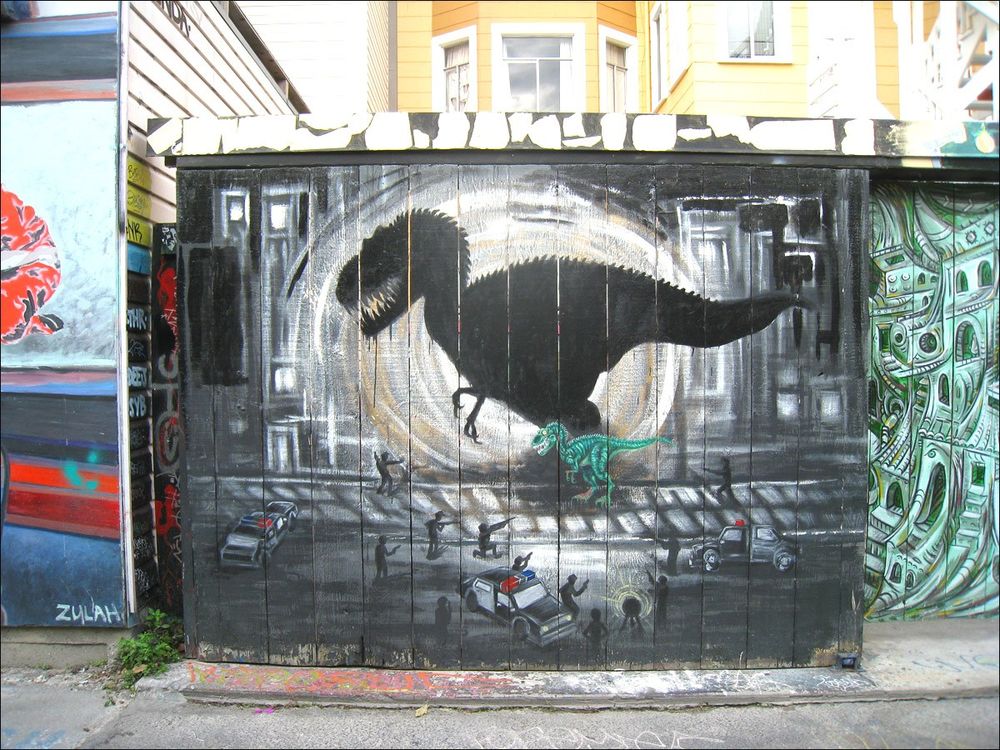 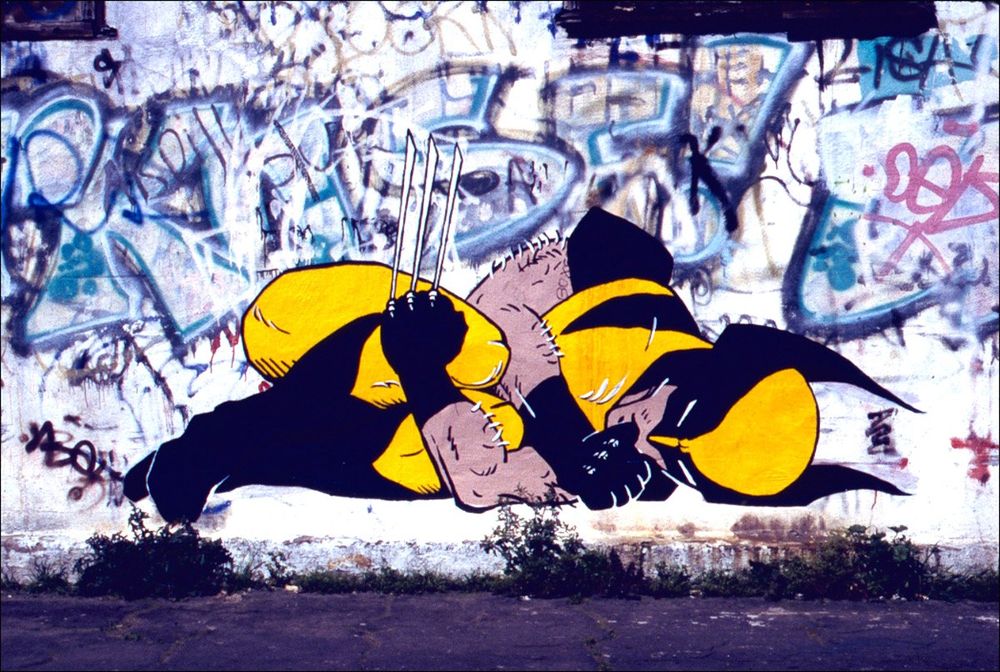 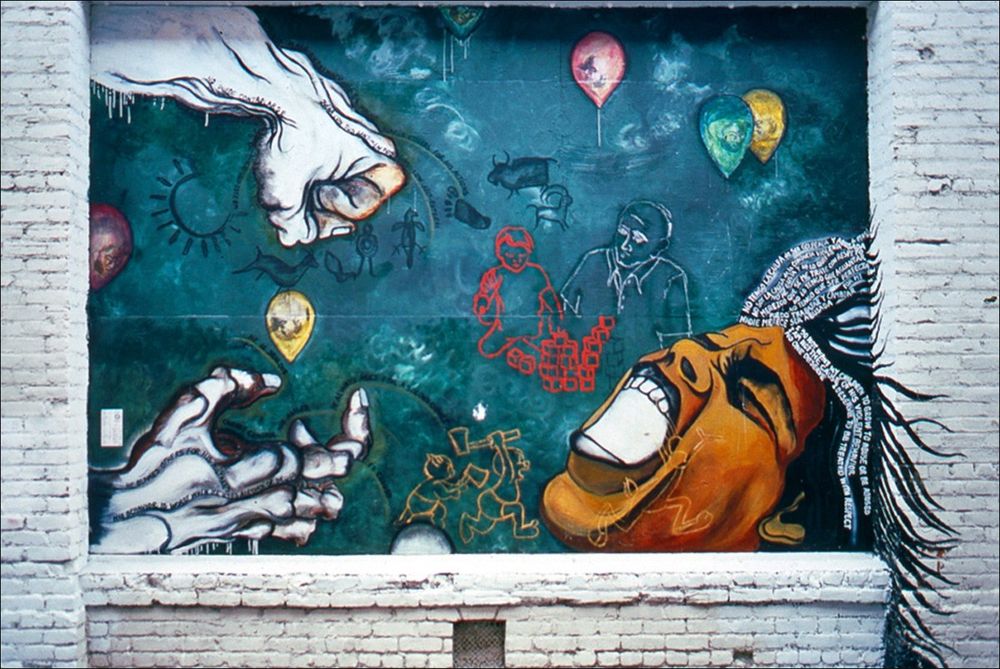 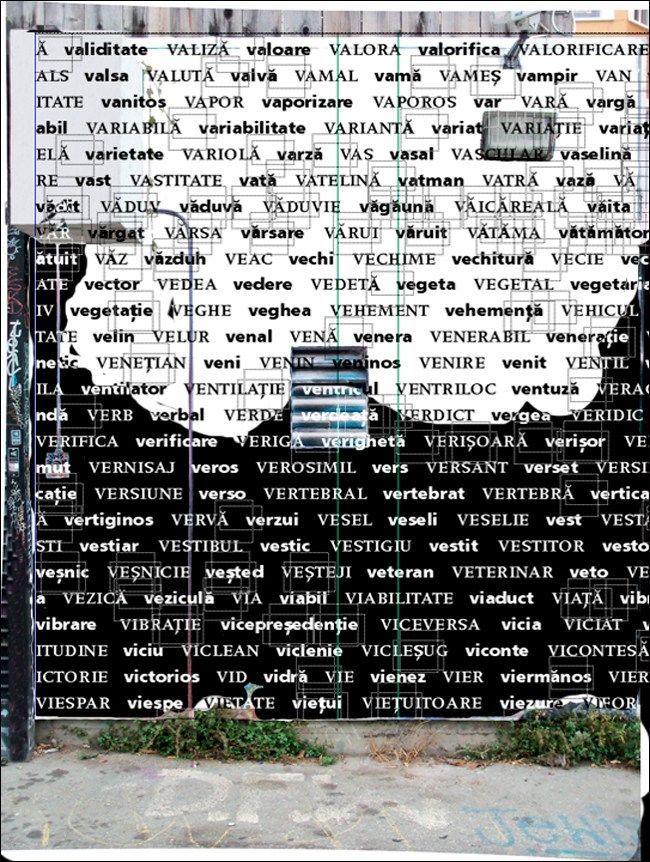 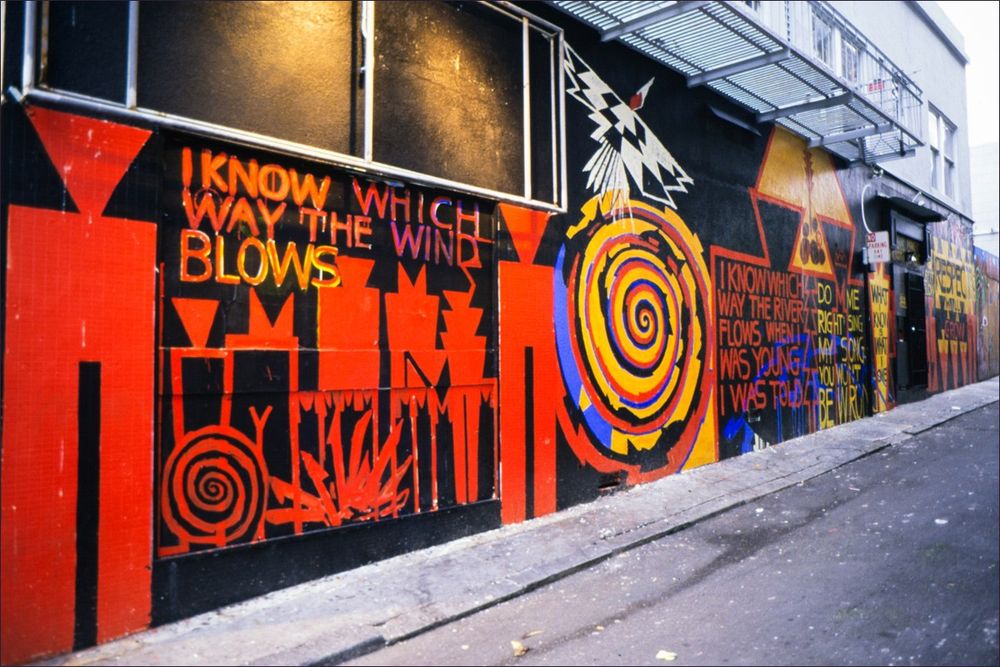 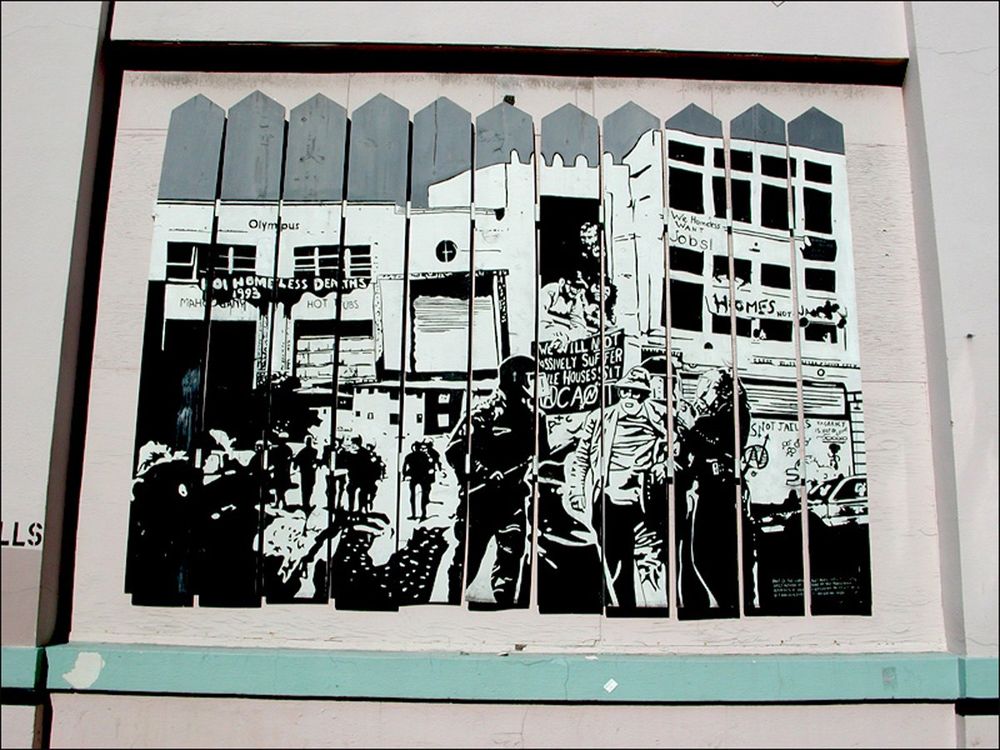