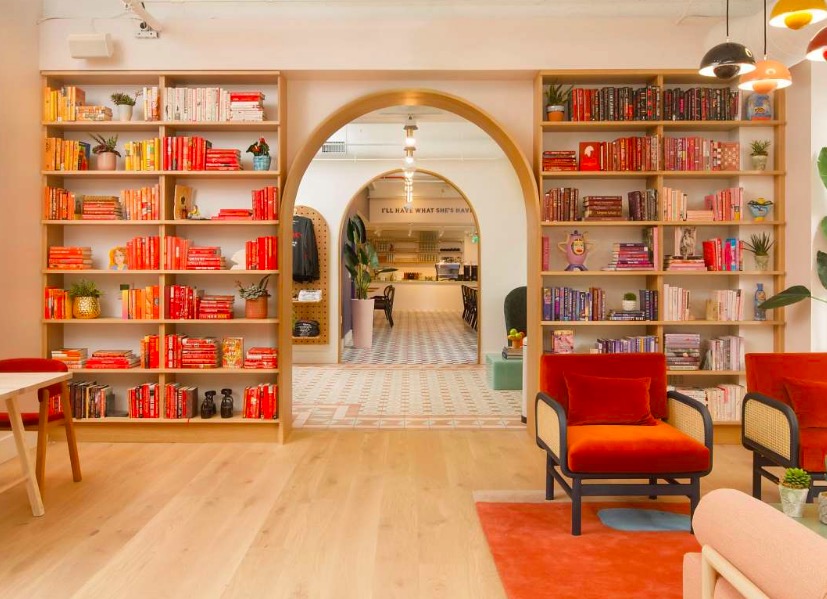 Does SF need another co-working space? The women-first Wing founders are betting yes.

The concept of a “wing” invites a number of clever tie-ins: The notion of flight, for example, or protection. Taking someone under one’s wing, a supportive “wing-woman” or even a “hive” make sense. All of which the Wing embraces. Today, the women-focused work and community space opens its first West Coast location — a West Wing, if you will — in San Francisco.

The Bay Area outpost is in an overhauled 8,000-square-foot space on the second floor of 115 Sansome St., a Financial District Beaux Arts building built in 1912 to be the headquarters of the Standard Oil Co. Its neighbors reflect the changing tides of San Francisco. Blue Bottle Coffee, on the first floor, took over the original location of Cable Car Clothiers, which had provided three-piece-suits to local financiers. Next door, Equinox now occupies the Pacific Coast Stock Exchange building, while the Mills Building (commissioned by the founder of the first bank west of the Rockies) now houses mobile gaming company Pocket Gems and poverty-fighting nonprofit the Tipping Point, among others.

The five Wing locations (three in New York, and one in Washington, D.C.) now have about 6,000 members (some have a wait list), and although the exact qualifications are private, it is looking for diverse members who advance its mission in unique ways, according to a spokesperson. A single location membership is $2,350 a year ($215 a month), which is less than co-working spaces such as WeWork or Bespoke, and comparable to women’s wellness clubhouse the Assembly.

View the full article on Curbed