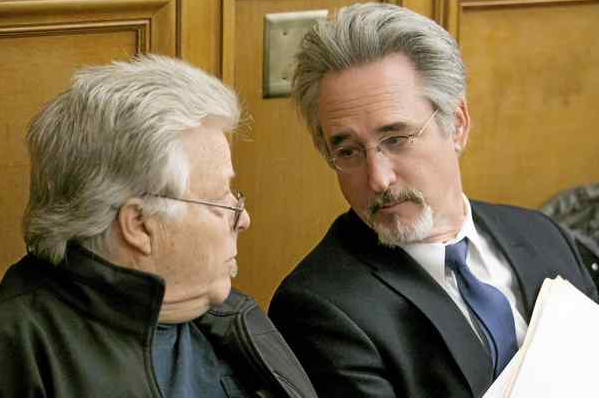 SAN FRANCISCO >> A Mill Valley producer was dealt a major setback Thursday in his bid to stage a free rock concert in Golden Gate Park to celebrate the 50th anniversary of the Summer of Love.

The San Francisco Recreation and Parks Commission voted unanimously to turn down promoter Boots Hughston’s appeal of an earlier decision by recreation and parks staff denying him a permit for a June 4 outdoor concert in Golden Gate Park’s Polo Field.

Addressing the commission at a City Hall hearing, Dana Ketcham, director of permits and property management for the department, said after nine months of meetings and discussions with Hughston, she and her staff still had “serious concerns about adequate security and infrastructure” at the event, originally predicted to attract 30,000 to 40,000 people.

She accused Hughston of publicly announcing the June 4 date before he had a permit, and quoted him as saying the concert could draw between 80,000 to 175,000 people.

“In the interest of public safety and park protection, we have no confidence that the applicant can deliver the items needed,” she said.

Commissioners, however, left the door open for Hughston to file a new application and follow through with the city’s requirements, including getting help from a promoter with more recent experience producing large events in the park.

“There is still some life here,” said Commissioner Gloria Bonilla.

“Boots Hughston has been producing events in this city without a problem for 40 years,” said Hughston’s lawyer, Ken Wine. “To accuse him of being a liar or having no experience is not a reality.”

Hughston, who produced a free concert in the park on the 40th anniversary of the Summer of Love, was obviously disappointed by the decision.

“I’m surprised that the city would actually deny this permit,” he said. “This thing is so important. It’s unbelievable.”

Commissioners said they were sympathetic to appeals by a couple dozen Hughston supporters who spoke in favor of granting the permit. Many of them are now elderly members of the hippie movement that created the peace and love generation and said they are eager to gather together, perhaps for the last time, and hear psychedelic rock played by surviving members of bands like the Jefferson Airplane, the Grateful Dead and other San Francisco groups that rose to international prominence in 1967.

Trina Robbins, who described herself as “a veteran of the ’60s,” told commissioners that she was at the 40th anniversary concert in the park a decade ago.

“It was magnificent,” she said. “Nothing terrible happened. And now we’re the ones who are left. The worst thing that might happen is a bunch of senior citizens get stoned on pot. The whole world is watching this. Are they going to say that the San Francisco parks department would not allow a 50th anniversary celebration of the Summer of Love in our park? How could there not be a Summer of Love celebration?”

Commission President Mark Buell, a part-time resident of Bolinas, pointed out that many other events are being planned citywide to celebrate the anniversary.

Asked if he would resubmit an application for a concert permit, Hughston said he was willing to, but added, “We’ve already given them everything they’ve asked for, so giving it to them again doesn’t make much sense. I don’t see that it would make any difference.”