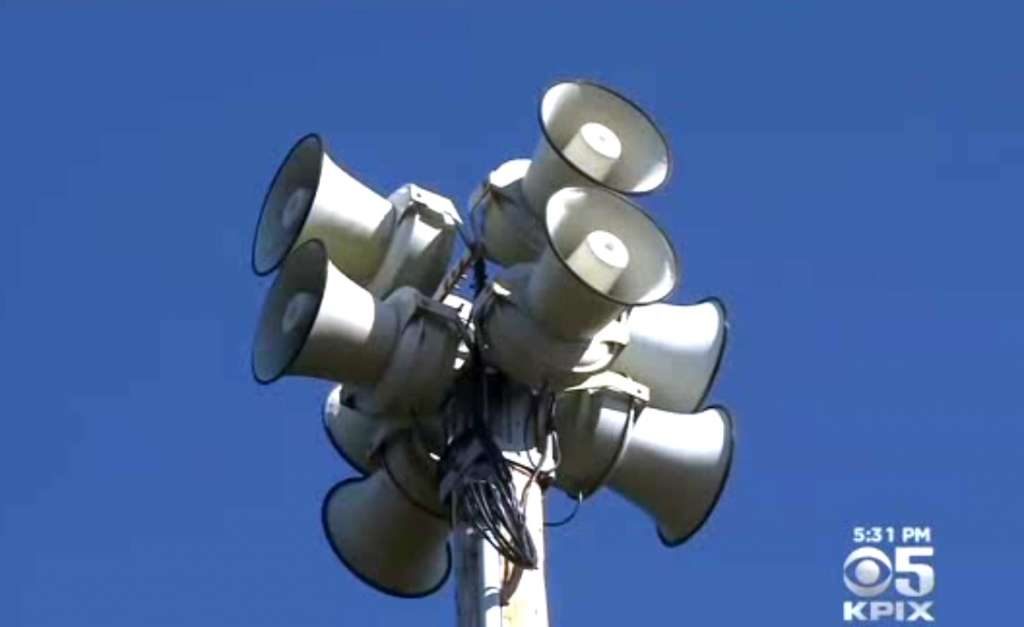 It’s Tuesday at noon. You’re in downtown San Francisco and you hear the wailing of a siren and an ominous voice telling you, “This is a test.”

So what is it exactly? Here’s everything you ever wondered — but forgot to google — about the San Francisco sirens.

When were the sirens first installed and why?

Logically enough, the first 50 sirens were installed in 1942 to warn of air raids during World War II. In 2005, the city used a federal grant to start repairing the existing sirens and adding new ones too. Now they’re up to 109. Ten of them are solar-powered.

Where are the speakers?! I can’t tell where that danged sound is coming from.

What kind of emergencies does the city imagine these being used for?

Any number of disasters, natural or otherwise. One use case is if a major earthquake triggers a tsunami. The sirens would sound and instructions would be given. In any event, officials say that hearing the siren at a time other than Tuesday at noon means you should go inside immediately and check the local news for more information.

But how can I tell if it’s a real emergency?

The siren will go off for five minutes in a real emergency, and it will be accompanied by a real human giving instructions in English, Spanish and Cantonese.

Have they ever been used in a real emergency?

Nope, luckily no emergency has necessitated their use. You may remember they went off accidentally in the middle of the night in Nov. 2014, freaking everyone out. It was just a technical glitch.

Where can I get more information?

The S.F. Department of Emergency Management has more information here, as does SF72, a site for emergency preparedness.