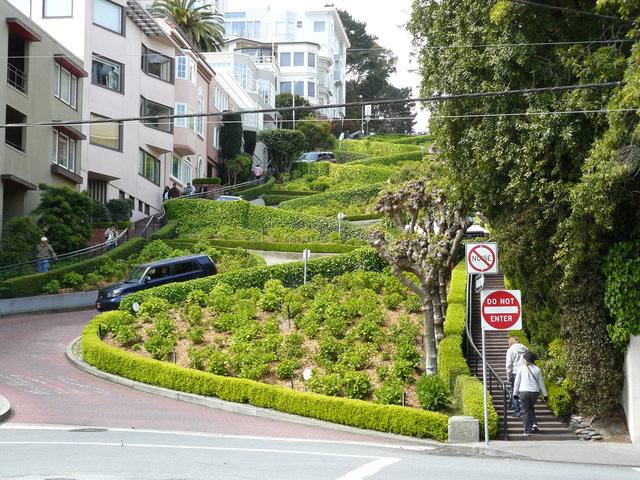 If you do life right, you’ll live and die in San Francisco… in which case you’ve hopefully got some time to cross all of these must-do, only-in-SF items off of your bucket list. If you do life wrong, you’ll end up moving back to whatever nowhere town you came from. In which case, you have less time to do all of these must-do, only-in-SF things, so get on it now.

Either way… what are you waiting for? There are sights to be seen, foods to be eaten, drinks to be drunk, and merriment to be made. And all of it can only be accomplished in the best city on earth.

1. Drive down the crooked part of Lombard St

Bonus points if you do it dressed like Mario Kart characters.

2. Attend a concert at The Fillmore

And eat a free apple. And (hopefully) take home a free poster.

Everyone should do it at least once. Even you.

But only if you’re wearing a legitimately well-planned and memorable costume. None of this “I went to American Apparel at 8pm last night and bought something tight and shiny” crap. 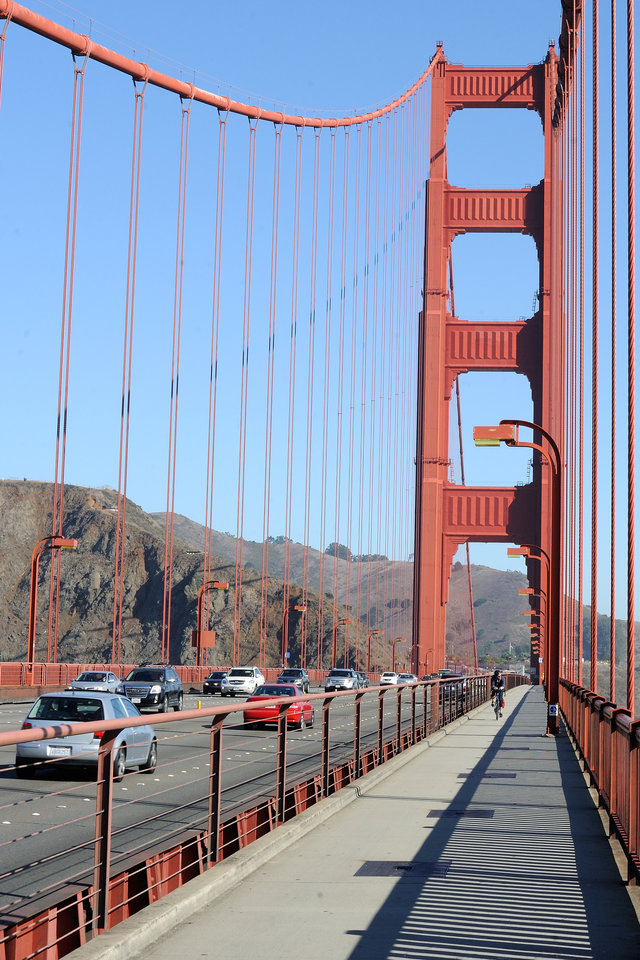 6. Walk across the Golden Gate Bridge

Wear a jacket. Go to Sausalito. Get some ice cream. Ferry home.

Preferably a home opener or a playoff game, but really any game will do. Bonus points for eating garlic fries. 1/2 credit if you’re kayaking outside of it.

8. Have a bonfire at Ocean Beach

Get there early to watch the sunset.

Hong Kong Lounge is a good place to start. Really, you should do this a million times before you die, though. 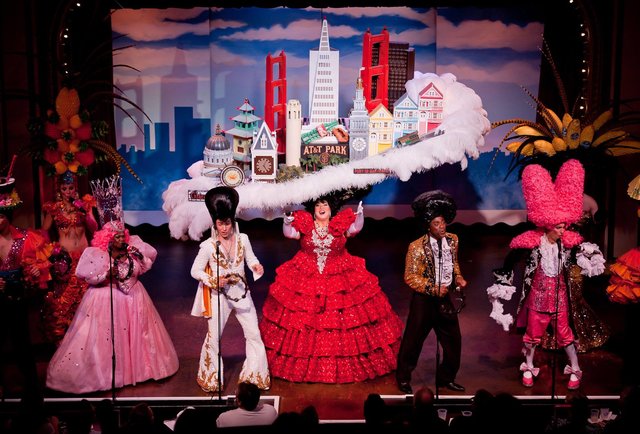 10. Laugh your ass off at Beach Blanket Babylon

It’s the country’s longest musical revue for a reason.

11. Enter the Bring Your Own Big Wheel race

Easter in SF > Easter anywhere else.

12. Get a Mai Tai at the Tonga Room & Hurricane Bar

It’s the only place in SF where you can sip on a drink while enjoying a rainstorm with thunder and lightning.

13. Enjoy a Morning Bun from Tartine

You literally have to get it in the morning though; by afternoon they’ll be long sold out. 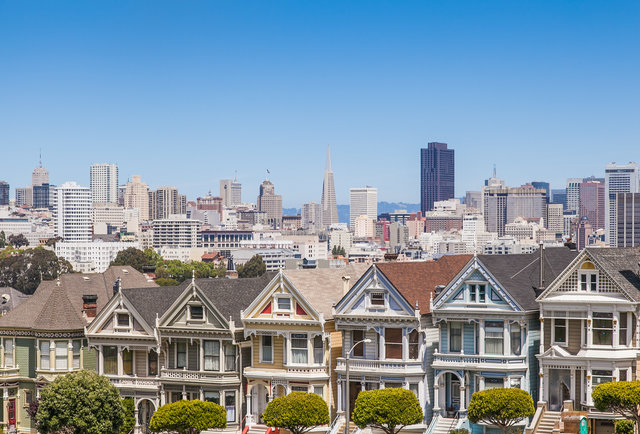 14. Take a picture in front of the Full House house

Oh come on, you know you want to. And even if you don’t want to, one of your out-of-town friends will make you.

15. Do the audio tour at Alcatraz

It really is much cooler than you think. Plus, there’s beer on the ferry ride back.

16. Toast to the good life at Top of the Mark

360-degree panoramic views make the $14 martinis worth it.

Just don’t jump into their paddock. 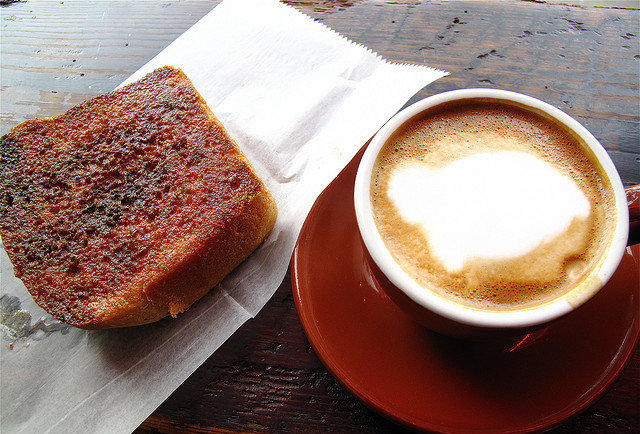 That’s per slice, FYI. But hella worth it.

20. Drink a beer at Toronado

You know, a REAL beer.

On Mission St. After midnight. 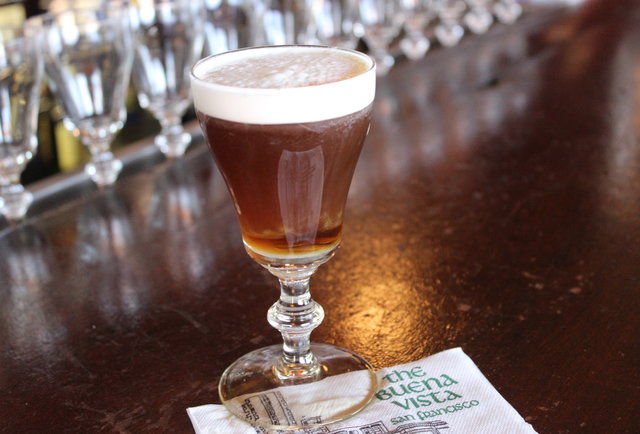 And also the ballet and the symphony.

Yes, it means going to Fisherman’s Wharf, but that’s fine because while you’re there, you can…

26. Say hello to the sea lions

And eat some clam chowder in a bread bowl while you’re there.

27. Walk the labyrinth at Land’s End 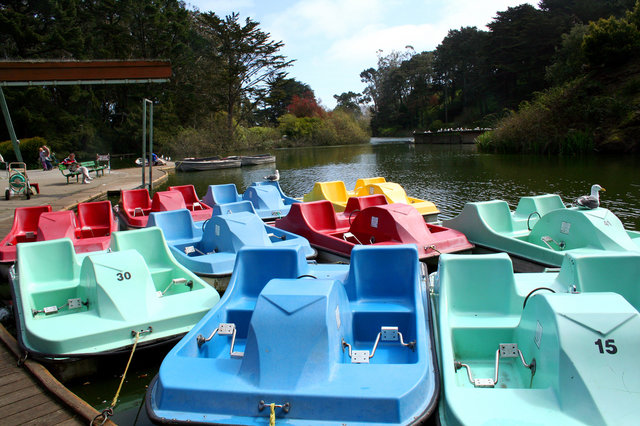 28. Paddle a boat at Stow Lake

Or row one if that’s more your speed.

29. Listen to the sounds of the Wave Organ

While enjoying a bottle of Champagne on the DL.

30. High five Hopper’s Hands on the fence at Fort Point

Even better if you do it at the mid-way point of your run.

This place is one of the oldest restaurants in San Francisco, which makes some sense… you need time to make a crab salad that amazing. 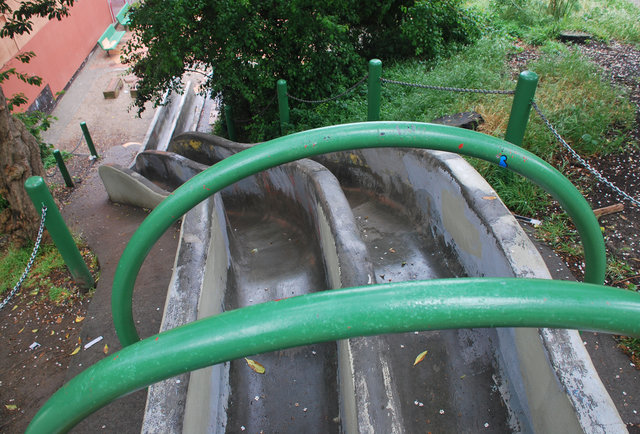 32. Slide down the Seward St Slides

BYO cardboard. (Although there’s usually some there.)

33. Sing along to a movie at the Castro Theatre

The Sound of Music, The Little Mermaid, and yes: even Frozen.

35. Enjoy a drink in the back room at Tosca

Figuring out how to get invited back there is all on you. 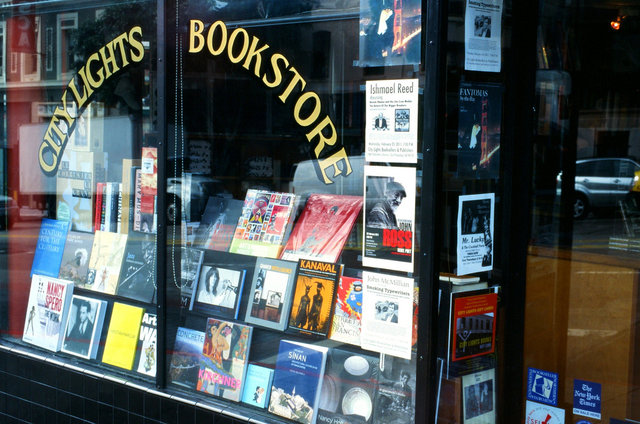 And then read it.

Walking and/or just looking at the view from the top is also acceptable.

38. Drive to the top of Twin Peaks

And take in the view.

39. Eat the roasted chicken and bread salad at Zuni

Bring a date, ‘cause it’s for two.

And climb the Filbert Steps to get there. 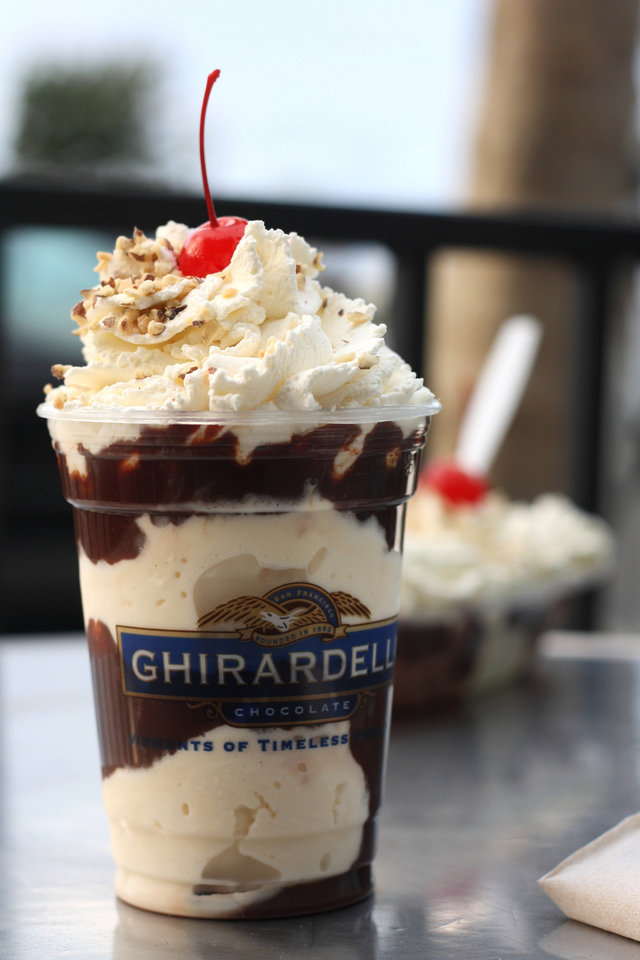 41. Indulge in an ice cream sundae at Ghirardelli Square

There’s a reason tourists like to go there. Trust.

42. Sing a solo with the piano at Martuni’s

Get the liquid courage from the very strong martinis.

43. Shop for records at Amoeba

44. Go to at one day of the Treasure Island Music Festival

And definitely ride the Ferris wheel while you’re there.

45. Walk to the top of Mt Davidson

At 938ft, you’ll be at the highest point in the whole City.

Eat at ALL of the food trucks. 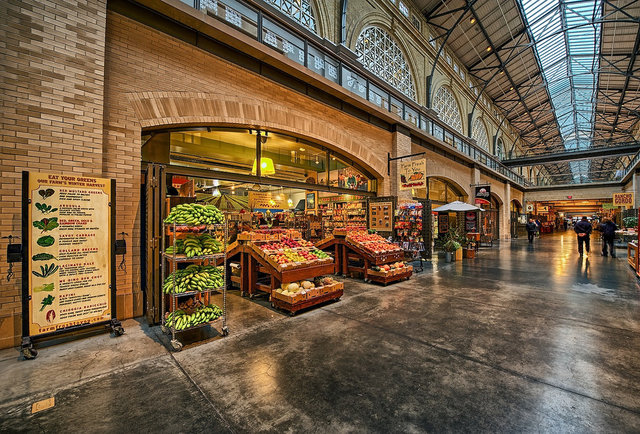 47. Spend a day at the Ferry Building

Just be there early if you want to get a good spot.

It’s Finish it in under two minutes to get your $8 back and your name listed on the Hall of Fame. 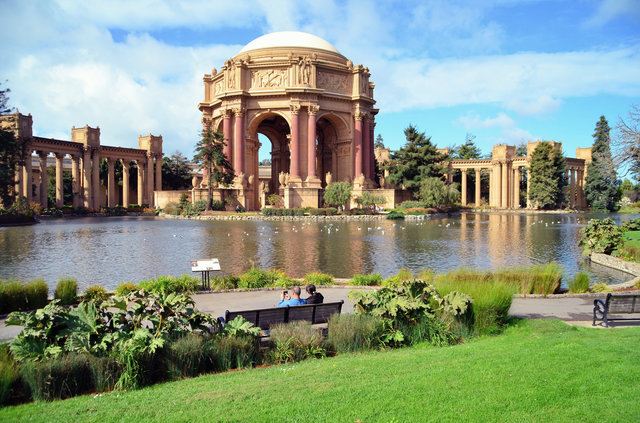 50. Take a picture in front of the Palace of Fine Arts

51. Eat a burrito in the Mission

52. Cross the Drum Bridge at the Japanese Tea Garden

It was built in Japan and then shipped to San Francisco for the 1894 World’s Fair.

53. Wait in line for an hour for brunch

Even better if it’s bottomless. 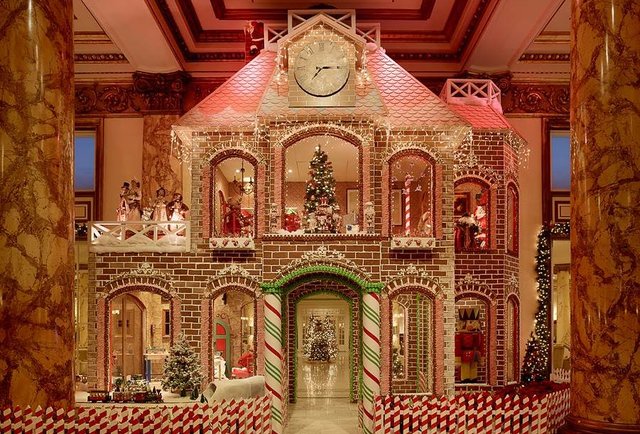 54. Walk through the two-story Gingerbread House at the Fairmont Hotel

And then walk the labyrinth at Grace Cathedral.

55. Wait in line for the focaccia at Liguria Bakery

But get there early if you want to choose which of the 10 kinds you want or you’ll get “stuck” with onion.

56. Indulge in a super-sized sub at Submarine Center

And explore West Portal while you’re there.

Pro tip: Telegraph Hill isn’t the only place you can spot them. Keep an eye out in Cole Valley and Fort Mason. 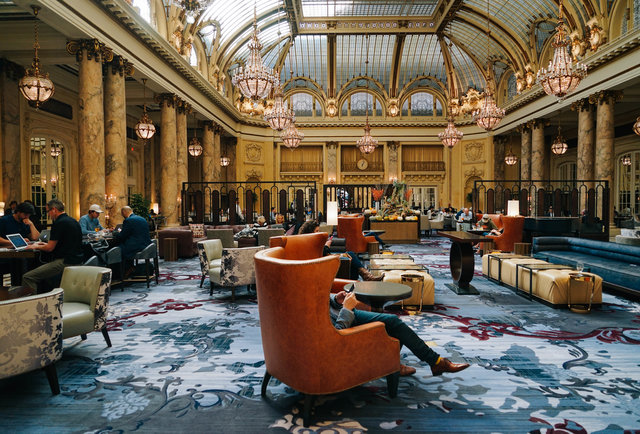 It’s been an elegant tradition since the early 1900s.

It doesn’t have to be the fried chicken ramen at Suzu Noodle House, but you won’t be sad if it is.

60. Get a drink at every single one of SF’s oldest bars 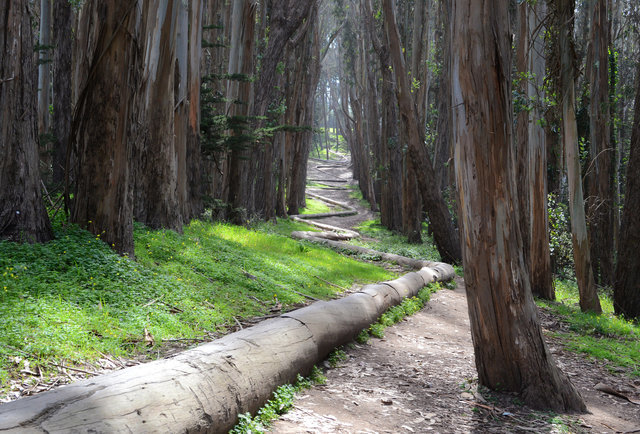 61. Walk Lovers’ Lane in the Presidio

Preferably with your lover. Hand holding not required because, ew, PDA.

And then get a cocktail at the Cliff House (before the sun goes down).

With a side of waffles, of course. 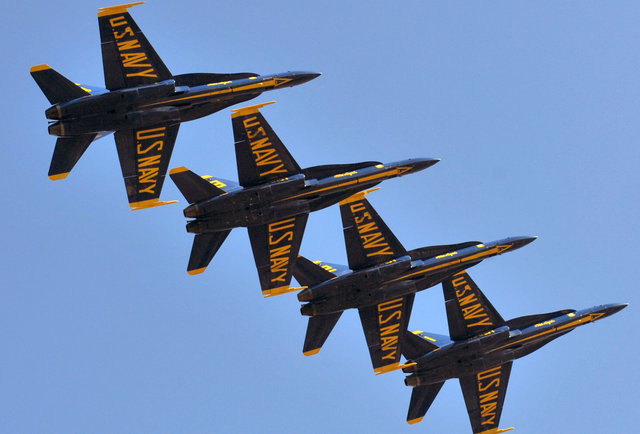 64. Watch the Blue Angels soar through the sky

Even better if you do it from a friend’s rooftop.

Herb Caen said it best when he said, “One day if I do go to heaven… I’ll look around and say, ‘It ain’t bad, but it ain’t San Francisco.’”