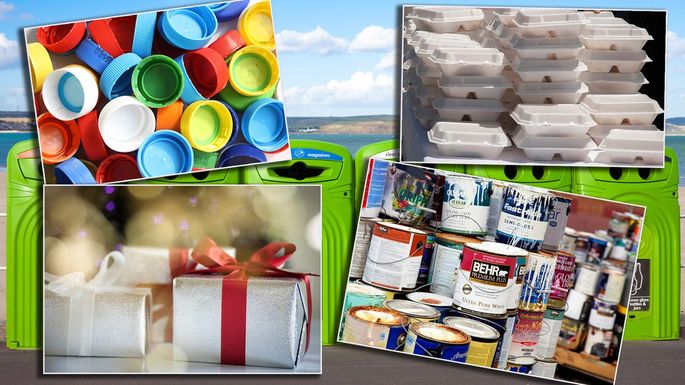 Does recycling make you feel like a good person? Of course it does! But don’t pat yourself on the back quite yet. Recent data have revealed that we’re recycling all the wrong stuff.

Rob Taylor, an environmental specialist at the North Carolina Department of Environmental Quality, has been tracking the market price of recyclables in his state. He’s noticed a disturbing trend: Basically, the market value per ton of recyclables has plummeted from about $188 in 2011 to $103.84 in 2017.

The reason? The recyclables have too many “contaminants,” or stuff that shouldn’t be in there. And this isn’t a problem just where he lives, but everywhere.

“Contamination rates at recycling facilities have increased significantly over the past five years,” David Biderman, executive director and CEO of the Solid Waste Association of North America, told USA Today in support of Taylor’s research.

Think you’re innocent? Test your recycling savvy by checking out this list of things you shouldn’t toss in the blue bin—even though you might think it’s OK.

This really has to do with the grease that’s infusing the paper’s fibers. According to Business Insider, paper towels that might have come into contact with food, grease, or any bodily fluids belong in the trash to reduce the potential for contamination. That single paper towel you used to wipe pizza grease from your hands could ruin a newly recycled batch of paper products. Ditto for paper napkins and tissues.

If it has glitter on it or is metallic, shiny, or laminated, it doesn’t belong in the recycling bin. “But, it’s paper,” you might be thinking. Well, certain types of specialty wrapping paper are not recyclable as they’re made of materials that could contaminate a load of otherwise recyclable paper.

Those small plastic bags you pack sandwiches and other snacks in are typically not allowed in curbside recycling, aka the type of recycling you can do at home. (But most recycling programs at groceries stores accept sandwich baggies, as well as plastic grocery bags, bread bags, and bubble wrap that all fall into the same category called “plastic film.”)

Yes, they’re made of metal, but paint cans need to be disposed of properly, with regulations varying by state. Why? The leftover paint in the cans can be toxic to the environment and shouldn’t get mixed in with materials that are going to be recycled.

Window glass has a different melting temperature than beverage and food containers, so it’s difficult to melt it down to make into new glass containers, according to the Stanford Recycling Center. The same goes for drinking glasses, plates, and mirrors.

Styrofoam certainly seems like something that should be recycled, but it isn’t. The reason: Styrofoam tends to absorb dirt or food that can be impossible to remove, plus it’s made from a material called styrene, a petroleum product, which makes it flammable and hard to break down.

Who hasn’t made the mistake of throwing a plastic bottle in the recycle bin with the cap still on? Recycling centers in many areas of the country will take the bottle but not the cap, because they are made of two different types of plastic.

“When two types [of plastic] are mixed, one contaminates the other, reducing the value of the material or requiring resources to separate them before processing,” Signe Gilson, waste diversion manager for Seattle-based CleanScapes, tells Scientific American.