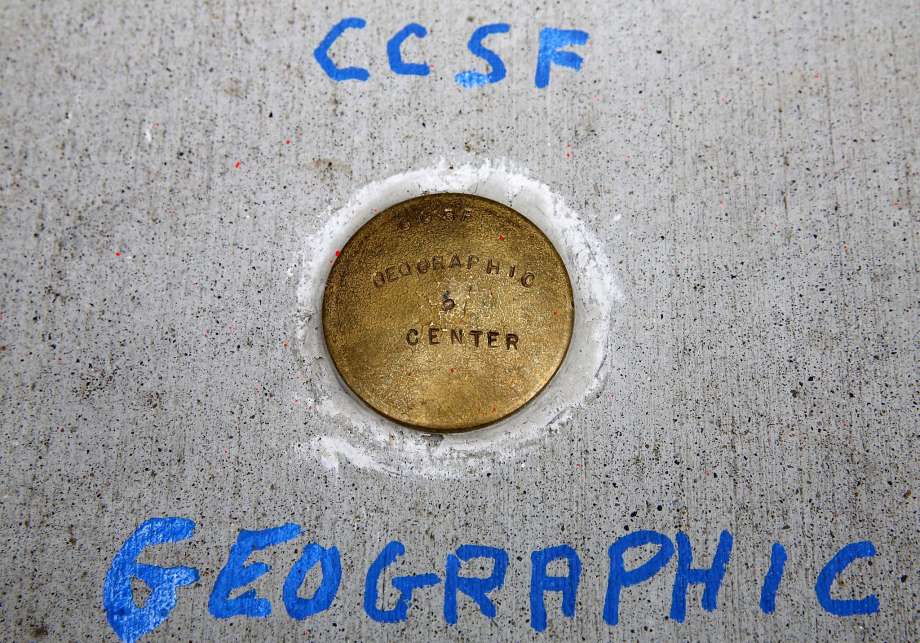 It took some doing, but the greatest minds in town have figured out, within a millimeter, exactly where the precise geographic center of San Francisco is located.

It’s on a sidewalk in the 700 block of Corbett Avenue, a few paces west of upper Market Street.

“This is the spot,” Mohammed Nuru, director of Public Works, said Wednesday as he eyed the bit of sidewalk where his surveyors had just installed a brass marker after taking a series of complex measurements with a $35,000 geopositioning gizmo mounted on a tripod.

The brass marker says “Geographic Center” in tiny letters. Next to it, on the concrete, the surveyors wrote, “Geographic Center of City,” in big blue letters and drew a large orange arrow directing all eyes to the disc so no one would mistake the geographic center of San Francisco, located on a quiet residential street near an elementary school playground, for the center of anything else.

Figuring out where to put the brass disc, said head surveyor Bruce Storrs, was plenty complicated.

“One way you could do it is to cut out a map of San Francisco on a piece of paper and see exactly where it balances on the point of a pencil,” Storrs said. “That’s not the way we did it.”

Storrs said he had trained his doo-hickey on no fewer than 11 navigational satellites — five of them Russian — and used the information in conjunction with the official coordinates of the city’s boundaries. For the record, the precise center of San Francisco is 37° 45’ 16.3502” north latitude by 122° 26’ 33.1594” west longitude.

“Where it would sink,” said Storrs.

And during high tide, San Francisco has a different land mass than it does at low tide. That means the brass disc, technically, must always be on the move.

But a close examination of the location of the brass disc revealed a more troubling problem. When a reporter suggested it seemed a happy coincidence that the center of San Francisco was conveniently located in the middle of a sidewalk instead of on private property or an otherwise inaccessible place, Storrs lowered his voice even more and pointed to a clump of bushes on a hillside 30 feet due west.

“That’s the actual spot,” he said.

Storrs said the surveyors, following the earnest suggestion of their boss Nuru, had elected to install the disc on the Corbett Avenue sidewalk instead of in the bushes.

He said the city might soon install a fancier monument in honor of the spot, seeing how indescribably important a place it is. Storrs said that could be because brass surveyor’s markers, which are essentially attached to the ground with glue, have a way of being stolen. Fellow surveyor Michael McGee said he expected the new brass disc to be gone soon, which was fitting for such a shifty location as the precise center of San Francisco.

“I’d give it about six weeks,” McGee said.

It was then that Dwayne Williams walked by on his way to work. He did not realize he was passing the sort-of geographic center of San Francisco until someone pointed it out to him, and he bent down to look at the marker. 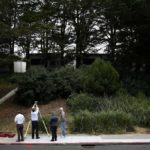 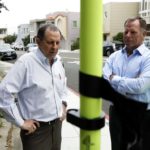 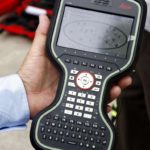 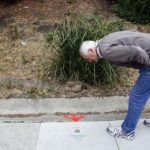 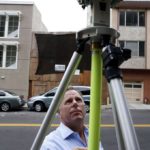 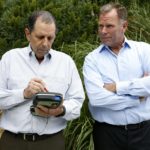 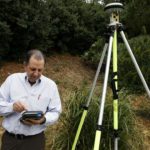 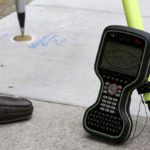 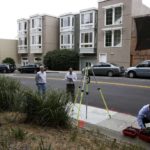 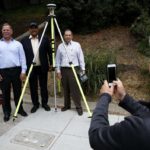 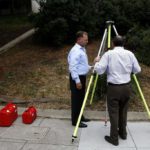 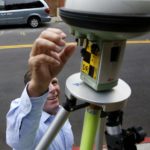 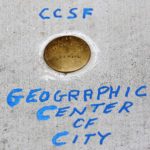 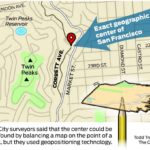