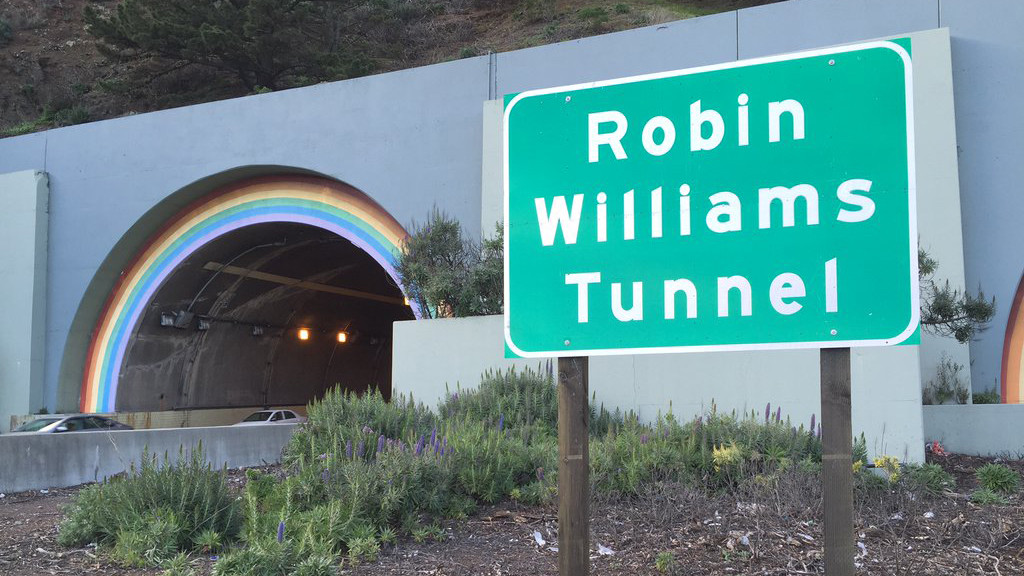 A tunnel with rainbow arches that connects the Golden Gate Bridge to greater Marin County has officially become the Robin Williams tunnel.

The tunnel was unofficially known as the Waldo Tunnel.

The California State Senate last year approved a resolution to change the tunnel’s name to honor the late actor and comedian.

Williams first moved to the Bay Area when he was a teenager and continued to live in the North Bay until his death in 2014.

The two signs — one for each side of the tunnel — cost $3,000 that was paid for using private donations.