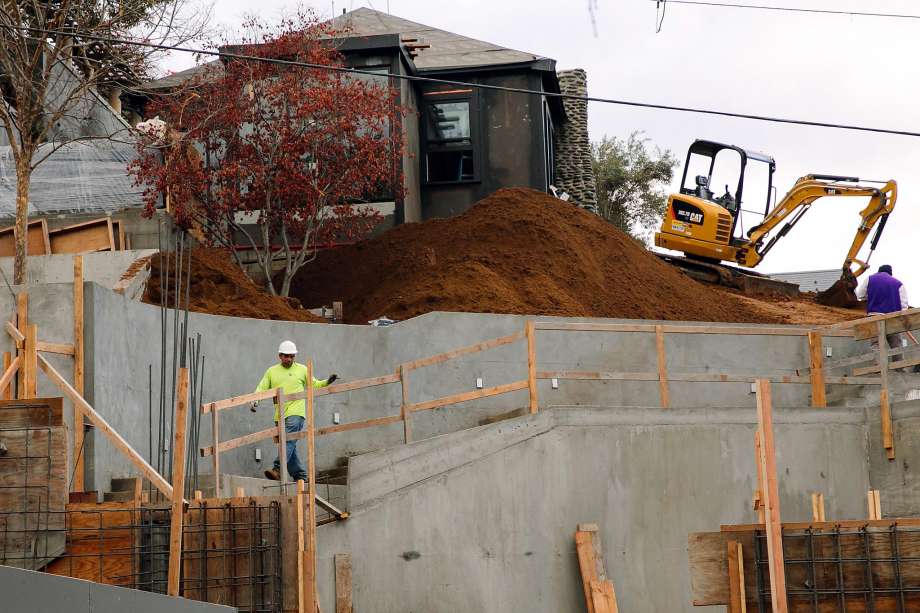 In early December, the San Francisco Department of Building Inspection received a permit application to demolish a home at 49 Hopkins St., a 1935 modernist residence just east of Twin Peaks that was designed by famed architect Richard Neutra.

But there was a problem with the application: The house had been torn down two months earlier. All that remained of the white, two-story redwood-and-concrete-block home was a garage door and frame. The rest of the house, one of five structures the pioneering modernist designed in San Francisco, had been carried off in dump trucks.

The illegal demolition of this significant home wasn’t an isolated incident in the city’s turbocharged housing market, where more and more developers and property flippers live by the cliche that it’s easier — or at least more lucrative — to ask for forgiveness than permission.

On Russian Hill and in Noe Valley and the Inner Richmond, homes — some historic, some less so — have been torn down without permission or remodeled so far beyond what was approved in the building permits that they might as well have been reduced to rubble.

“The signal that is sent time and again is that you can demolish even some of the most important historic, iconic buildings in the city with impunity,” Peskin said. “It really speaks to an attitude and a culture in our planning and building departments that nothing is sacred.”

City code stipulates that the Department of Building Inspection hold an administrative hearing when a property owner is accused of illegal demolition. If found guilty — defined as removal of more than two-thirds of the structure or residential unit — the city can punish the property owner by not allowing them to build on the site for five years.

But that doesn’t happen. Faced with the choice of leaving a lot empty for five years or retroactively approving the illegal demolition and allowing the property owner to move forward, the Planning Commission typically does the latter. That’s what happened at 49 Hopkins St., where the owners have now applied to build a new home despite the fact that the building department is currently reviewing an active complaint related to the demolition that could result in punitive action.

“It’s serial lying and serial fraud over and over again, and they get away with it,” said Planning Commissioner Dennis Richards.

Planning Department Zoning Administrator Scott Sanchez said imposing a five-year stop-work order penalizes neighbors who have to live with the detritus of the aborted construction project. It also temporarily eliminates a housing unit. But he agreed that the current penalties are not much of a deterrent.

“We don’t have anything in the planning code that addresses those violations,” he said.

The most high-profile recent case of demolition of a historic building was at 841 Chestnut St., a 1908 brown-shingle home in a lush garden setting on Russian Hill. It was one of two rustic urban homes designed by master architect Willis Polk, who designed San Francisco landmarks such as the Flood Mansion, the Merchants Exchange Building and the Hallidie Building.

Developer Troon Pacific purchased the long-vacant home, a designated historic resource, in 2012 for $4.5 million. In 2014, the owners revised an existing permit to renovate the property to expand the basement and add an elevator shaft and stairway.

The permits contained a special provision that the northeast and west facades, including the windows, would be preserved. But in spring 2016, between April and June, Troon Pacific removed all of the property’s exterior walls and windows. On June 9, 2016, the city slapped Troon Pacific with a notice of violation for “work exceeding the scope of the permit.”

A week later, on June 16, the developer applied for a permit to “remove dry rot and compromised framing.” The new application was too late, according to City Attorney Dennis Herrera, who sued the developer last year, saying the retroactive permit application was an attempt “to acquire a permit for unauthorized destruction of the exterior that the defendant had already accomplished.”

In November, Troon Pacific agreed to pay a $400,000 settlement to the city without admitting having done anything illegal. It was the biggest settlement ever paid by a developer for the illegal demolition of a single-family home in San Francisco.

Kathleen Courtney of the Russian Hill Community Association called the case a “poster child for the failure of the city as stewards for historic and significant resources.”

In a statement to The Chronicle, Troon Pacific said the Willis Polk home was no longer habitable, having suffered “20 years of passive demolition through neglect and exposure to the environment.”

“The home was tested and determined to be structurally unsound, had a collapsed roof and was unsafe for habitation due to mold and other environmental toxins,” Troon Pacific contended. “The windows and other elements were so damaged from neglect and exposure that their structural elements fell apart in your hands.”

The Willis Polk house was replaced with “historically accurate replicas of the originals,” the company said.

But preservation experts disagreed, arguing that much of the house’s interior could have been saved. At a Board of Supervisors hearing, San Francisco Heritage Executive Director Michael Buhler said the contemporary Willis Polk replacement “does not qualify as historic reconstruction.”

“Lack of community notice and communication enabled this historic resource to be demolished without a trace,” Buhler said.

While the payout was the biggest for a violation of its kind in the city’s history, it was a pittance compared with the value the developer added to the property by turning a $4.5 million home into a contemporary mansion valued at $30.2 million in a Planning Department staff report.

Peskin said the penalties in the case should be commensurate with the amount of profit the developer reaps from the unpermitted work.

“If they did that, all the cheaters would say it’s not worth it,” Peskin said.

Even more common than illegal demolitions is what critics call “serial permitting,” a series of smaller permits that mask the property owner’s intent to essentially build a new home, according to critics.

Jerry Dratler is a retired accountant who lives in the Inner Richmond across the street from a 3,500-square-foot Edwardian at 25 17th Ave. that had been owned by one family since 1946. A few years ago, a developer bought it for $4 million. Dratler knew that the new owner had obtained a permit to repair the foundation, so he was surprised when scaffolding went up on the property.

“Why would you erect scaffolding to repair a foundation?” he asked. 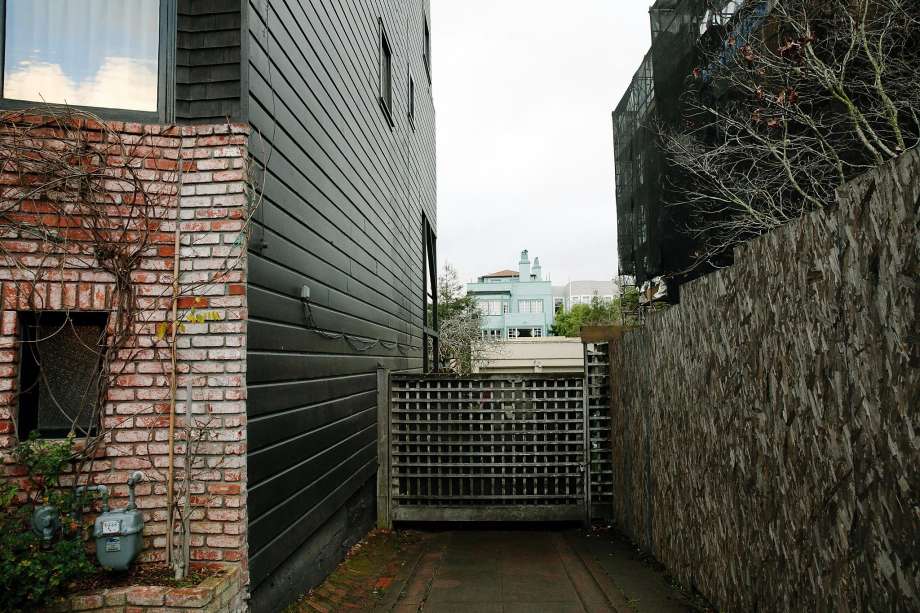 Over the next 52 days, workers “gutted the entire house and removed nine truckloads of debris,” he said.

By doing the work in smaller increments and not submitting plans for a demolition and new home, a property owner can obtain permits without the neighborhood notice and Planning Commission approval that is required for bigger projects. That allows the project to proceed without attracting notice.

After Dratler filed a complaint, the owner was fined $253.40.

“If you park in a bus stop, the penalty is higher than that,” Dratler said. “What’s the penalty for filing false plans? I called both Building and Planning (departments) and they said there is no penalty.”

Debra Walker, who sits on the Building Inspection Commission, said a new permit-tracking system — scheduled to be implemented this year after more than a decade of delays — will help the city determine the most frequent offenders when it comes to illegal teardowns.

In the case of 49 Hopkins St., it’s hard to pin down exactly who is responsible. Project engineer Rodrigo Santos said he “didn’t know anything about it.”

He referred a Chronicle reporter to the architect, Yakuh Askew, who had designed a remodel of the first and second floors, retaining much of the original interiors. Askew says he had no idea that his client — an investment group whose identity is shielded by a limited liability corporation — would ignore the city-approved plans and order the contractor to tear down the house.

“The intent was to maintain much of the original house,” said Askew. “I was upset and surprised and shocked by what happened. I still am.”

Beyond following the city’s rules on tearing down and replacing structures, Peskin said there is a bigger ideal at play.

“As the city is growing and changing, there are some really neat things that we need to hang on to that make San Francisco the envy of the world,” Peskin said.