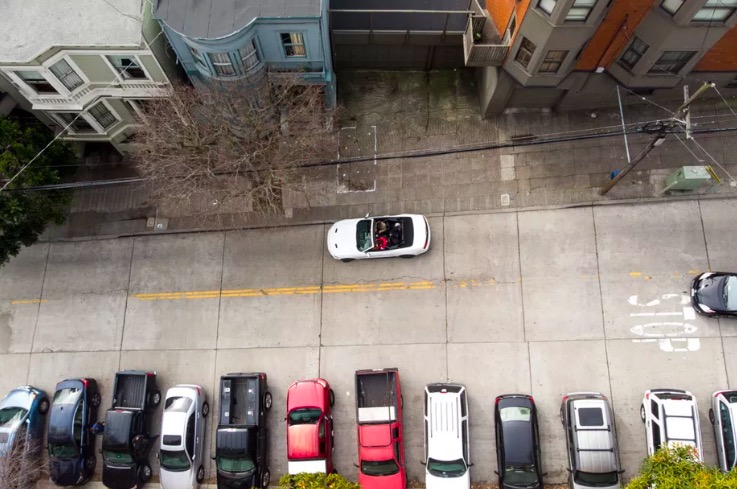 On Tuesday, the San Francisco Board of Supervisors are set to vote on a change to the city’s planning code that would do away with decades-old requirements that new developments include a certain amount of new parking.

The city’s Land Use and Transportation Committee—of which Kim is a member—forwarded the matter to the full board with an unanimous vote last Monday.

According to the version of the rules change going before lawmakers this week:

In the 1950s, the Planning Code established minimum parking requirements for new buildings. Beginning in 1973, the City has reduced or streamlined minimum parking requirements in various San Francisco zoning districts as a strategy to reduce traffic ·congestion, encourage the use of sustainable transportation modes (walking, cycling, and transit), and reduce housing and building costs.

[…] Eliminating minimum parking requirements in all zoning districts City-wide will further these goals.

Kim testified last week that the change will probably not affect much locally, as the city has been opening more and more loopholes to let developers get out of parking requirements anyway.

Instead, Kim predicts a “larger ripple effect” nationally from kiboshing the decades-old regulations, noting that SF will be the “first major American city” to make such a change.

(Hartford, Connecticut and Mexico City both recently did away with parking requirements.)

In a presentation to the committee, the Planning Department’s senior urban designer Paul Chasan testified that the proposal seems to be popular with the public; of the 47 messages sent to the Planning Department, all were positive. And over the course of five public meetings, going back to October, only seven SF residents objected to the idea versus more than 40 who approved.

“This is not a ban on new off-street parking,” added Chasan, emphasizing the difference between a moratorium and a suspension of a requirement.

Kim echoed this same message, noting that “developers can still build up to the maximum [parking element] if they choose to” and predicting that if City Hall asks for more parking in a future project that most developers will cede it.