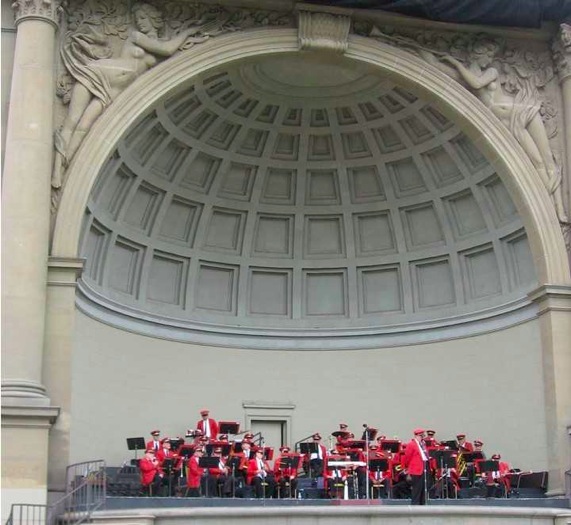 The weekly concerts take place most Sundays at 1 pm and are free and open to the public. All concerts feature music of specific nationalities or cultures, including costumed guest performances fromdancers, singers and speakers, who will enlighten and entertain. 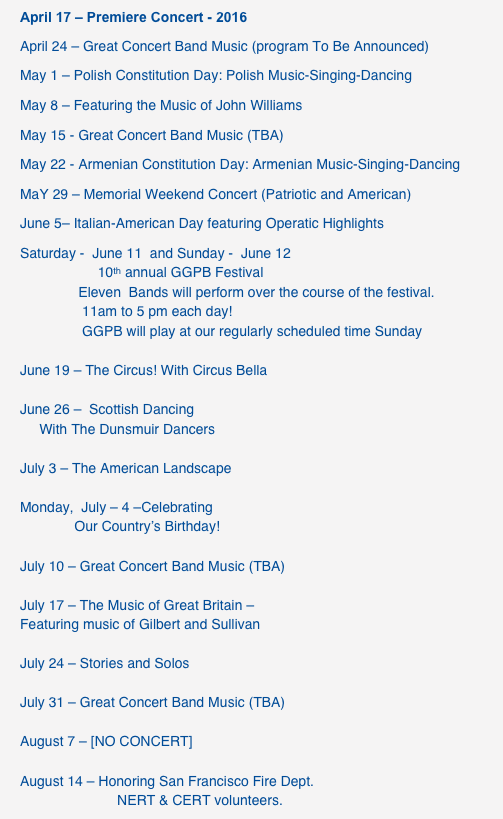 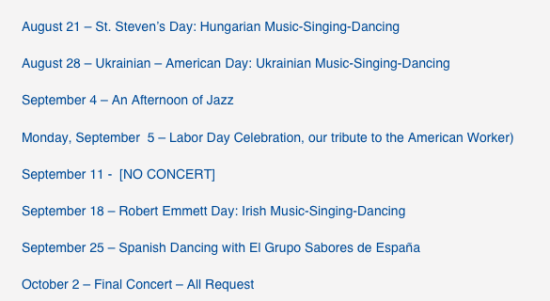