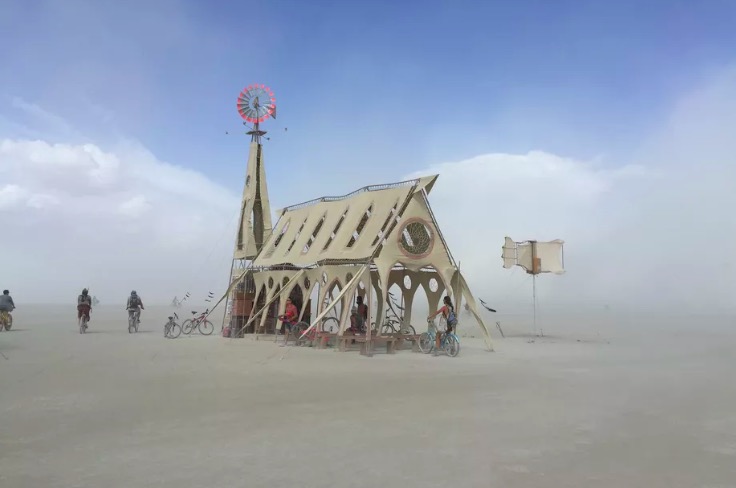 For some, the best part of throwing a party are the moments before the guests arrive: freshly-spritzed perfume hangs in the air, hors d’oeuvres fresh from the oven, the ice unmelted. A tidy sense of peace before the swarm descends. That must be what Burning Man, which kicked off this week, feels like right now.

As a mass exodus of people leave the Bay Area and head to Black Rock City over the next few days, the small city will rise in the Nevada desert.

This year’s theme, “Metamorphoses,” will be seen in the art and architecture that highlights the annual music bacchanalia under the sun. According to the official Burning Man site: “Two thousand years before Kafka’s Gregor Samsa woke up as a cockroach, Ovid, the literary bad boy of First Century Rome, was writing about metamorphoses dire and diverse. In a world caught between human folly and godly whims, his luckless heroes find themselves transformed into birds and beasts, trees and mountains, even constellations of stars. In some cases metamorphosis is meted out as reward, in others as divine punishment.”

This week Curbed will bring you all of the creative and curious architecture from day one until the titular man’s roaring ignition. This year, for example, architects at JKMM and the Sauna on Fire collective worked together to create a pavilion for the art festival—a steaming hot Finnish sauna that’s fully usable by attendees.

Here are some images of the festival as it unfurls.