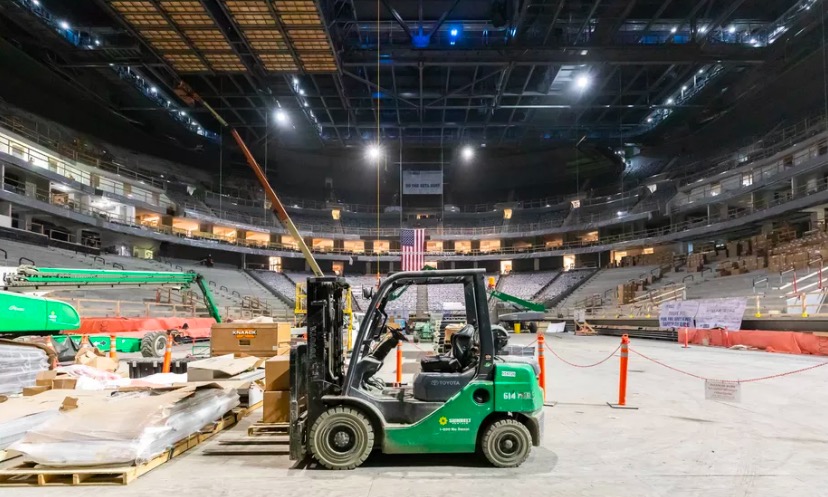 Peek inside the new Chase Center

Still under construction, the future home of Cher and Celine Dion concerts—and the Golden State Warriors—starts to take shape

Nearing the end of its construction, the new Chase Center, future home of the Golden State Warriors, will transform the Mission Bay and Dogpatch neighborhoods. It’s poised to be the money-maker that the city shakes for tourist and fan dollars alike. Second, it will turn the area into a major pulse point for San Francisco, for better or for worse, with more traffic and foot congestion.

The new MANICA-designed space, with interiors by Gensler, will do more than host the Bay Area’s championship team (whose move from the East Bay remains a sensitive issue for fans and Oakland residents alike). In addition to basketball, the venue will also function as a major concert hall.

Unlike Oracle Arena, which has hosted sold-out performances from the likes of Madonna and Drake, the Chase Center will be able to configure more intimate arrangements for musical acts and theatrical shows, with marquis entertainers such as Elton John, Cher, Janet Jackson, Celine Dion, and Trevor Noah already lined up to grace the floorboards.

Peek inside the new center for a look at what’s to come.