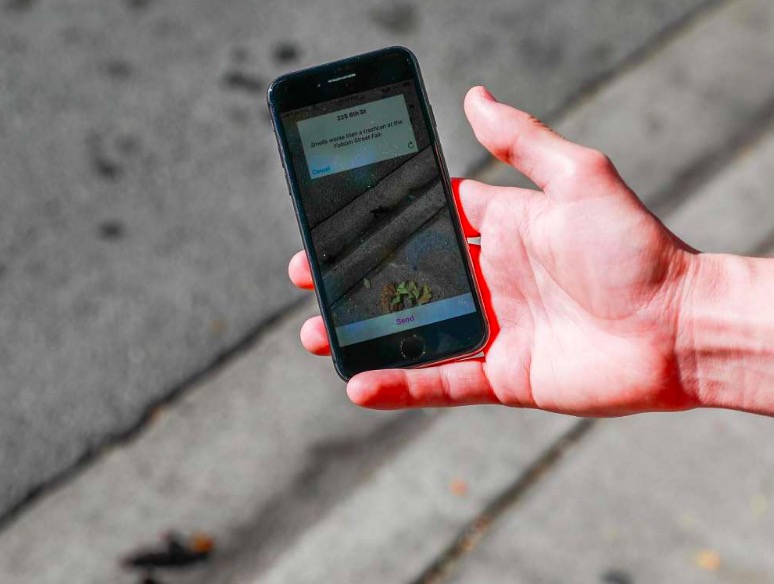 It sounds like an episode of “Silicon Valley,” the HBO show that skewers computer programmers and their sometimes silly ideas.

A 24-year-old moves to San Francisco for a tech job, rents a room in a “hacker house” on Sixth Street, finds way too much poop on the sidewalk outside for his liking, and creates an app to report it. And, in the cherry on top of this smelly sundae, he names his creation Snapcrap.

Yes, the whole point of Sean Miller’s aptly named app is to snap a photo of crap and report it to the city for cleanup. In some cities, people whip out smartphones for selfies in front of gorgeous museums or stunning vistas. Here, we whip out our smartphones for poop pics.

It’s kind of funny on the surface, but in one of the wealthiest cities in the world, the fact that homeless people are relieving themselves on sidewalks,between parked cars and in planters because there are so few public toilets, is actually very serious.

The obvious answer is more restrooms, but supposedly innovative San Francisco is moving slowly on that front. While restrooms in libraries and parks and the city’s 24 Pit Stop toilets are available during the day, there are believed to be just 11 restrooms, those dark green ones operated by JCDecaux, available between 8 p.m. and 7 a.m.

It’s no surprise, then, that pedestrians have to two-step over so much human waste. People have reported a mind-boggling 24,456 incidents of feces to San Francisco’s 311 call center so far this year as of Wednesday. That’s up from 20,913 reports in all of 2017. 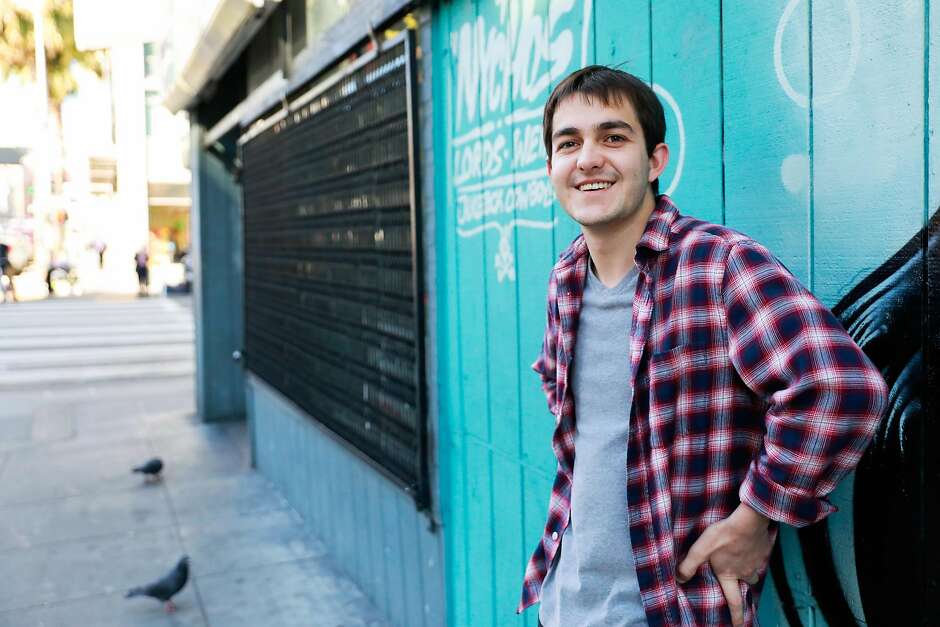 Sean Miller moved to San Francisco from Vermont 18 months ago to work for a software company.
Photo: Gabrielle Lurie / The Chronicle

It’s even more serious considering that Monday marks the United Nations’ World Toilet Day, the annual call for basic sanitation facilities for all humans. According to the U.N., there are 892 million people around the world who defecate in the open, but the organization is talking mostly about people in sub-Saharan Africa, China and India — not Americans. And certainly not San Franciscans.

If it takes a young software engineer with an amusingly named app to bring attention to this problem, so be it.

“People make jokes about it all the time. I’ve made jokes. Everyone makes jokes,” Miller said. “But more and more, I’m realizing that it’s disgusting and, more importantly, these are people who are suffering every single day of their lives, 24/7. It’s really heartbreaking.”

Miller moved here from Vermont 18 months ago for an engineering job at Plivo, a software company. He used Craigslist to find a spot in a communal living space at Sixth and Howard streets run by oWow, the Oakland company that turns vacant buildings into affordable living quarters.

He immediately loved the shared room, for which he pays $1,000 a month, the communal living spaces and his 40 roommates. The sidewalks outside the funky, four-story dorm? Not so much.