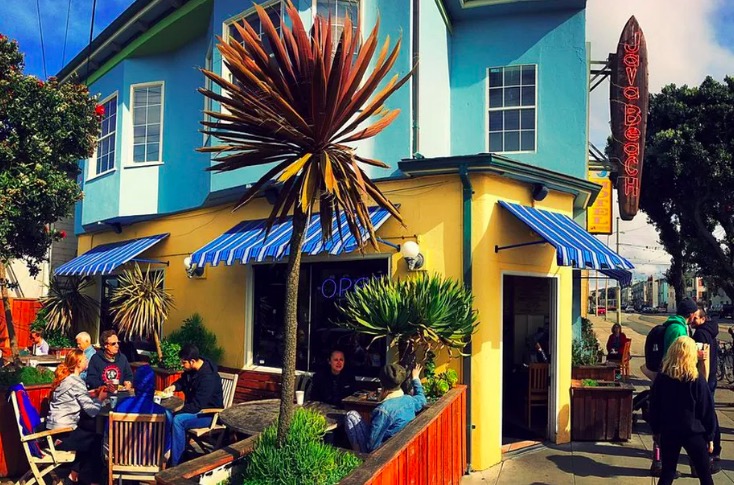 Bring on the cocktails

More restaurants are getting in on SF’s new Type 87 liquor licenses, which are intended to help businesses in specific neighborhoods — Portola, Bayview, Ocean Avenue, Excelsior, Outer Sunset, Parkside, and Visitation Valley — access much more affordable liquor licenses. Five nontransferable licenses will be released each year until 2023, and this year’s lottery winners are Ocean Beach’s Java Beach Cafe, Parkside’s Pirro’s Pizzeria, and Bayview’s Word. A Cafe, Old Skool Cafe, and Bayview Pasta. Bayview’s Cafe Envy was the first restaurant to open with a liquor license under the program.

Related: There’s a new cafe in the Bayview

Word. A Cafe just opened last week at 5114 3rd Street, with coffee, food, and books. The cafe comes from Carl Hall and Kat Anderson, who both work at the Pacific Media Workers Guild.

Last Rites kicked off its Frequent Flyer Rum Program last week, which continues tonight. Every Monday evening from 7 to 10 p.m., folks can join Last Rites in tasting through a list of 50 specialty rums, one at a time. After that list is finished, a longer list of 150 rums will follow, so the rum fun never has to end.

Francisco Lopez, Jr. is the new executive chef at Charlie Palmer Steak Napa, which means he’s in charge of all the food and beverage for the rest of the Archer Hotel. He was promoted internally and previously held stints at Calistoga Ranch and the Thomas Keller Restaurant Group.

Dine Out for Democracy

On Thursday, October 25, 16 Bay Area restaurants will donate a portion of the night’s proceeds to the National Voter Protection Action Fund and Alliance for Youth Action, two nonprofits working on voter turnout. (Because we have an election November 6, by the way.)