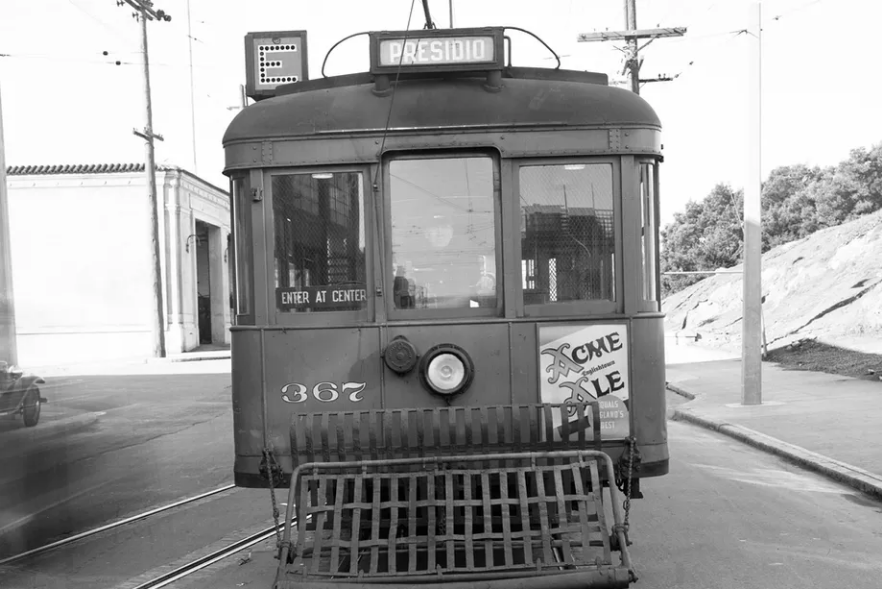 Even longtime residents may puzzle over the seemingly meaningless jumble of letters that designate Muni’s light rail lines. What kind of alphabet is J,K,L,M, and N? (Or, as the department refers to them internally, Jay, Kilo, Lima, Mary, and Nancy.)

Here’s Muni Diaries and local architect Randolph Ruiz to the rescue. As you can see from Ruiz’s map of a San Francisco rail network that once was, when the city established its first rails way back in 1912 they very reasonably dubbed them A and B.

The A Geary ran from Kearny to 10th Avenue, and the B Geary from 10th Avenue to 33rd. Next came a C line, which ran along California Street, and so on.

For quite some time, all was right with the system in place. But seeing as you’ve never hitched a ride on the A Geary or E Stockton, you’ve probably already figured out what happened: Rail lines close.

The A Geary barely lasted a year, in fact; its little brother B did it in and took over the rest of the route. In years to come, the B was in turn bumped off by the popularity of the still in-demand 38 Geary bus.

(Yes commuters, the irony is sharp indeed: The reason you don’t have light rail to supplement your always-crowded bus commute is because of the bus itself.)

Former Streets blog editor Aaron Bialick laid out the life and times of the missing Muni alphabet on the SFTMA blog last year. Lines J-N are the hearty survivors of transit wars past.

Most of their brothers and sisters weren’t nearly so enduring: The O Van Ness line lasted for only six weeks in 1932, for example. Lines like the G Exposition were meant to be temporary all along, serving the 1915 World’s Fair. 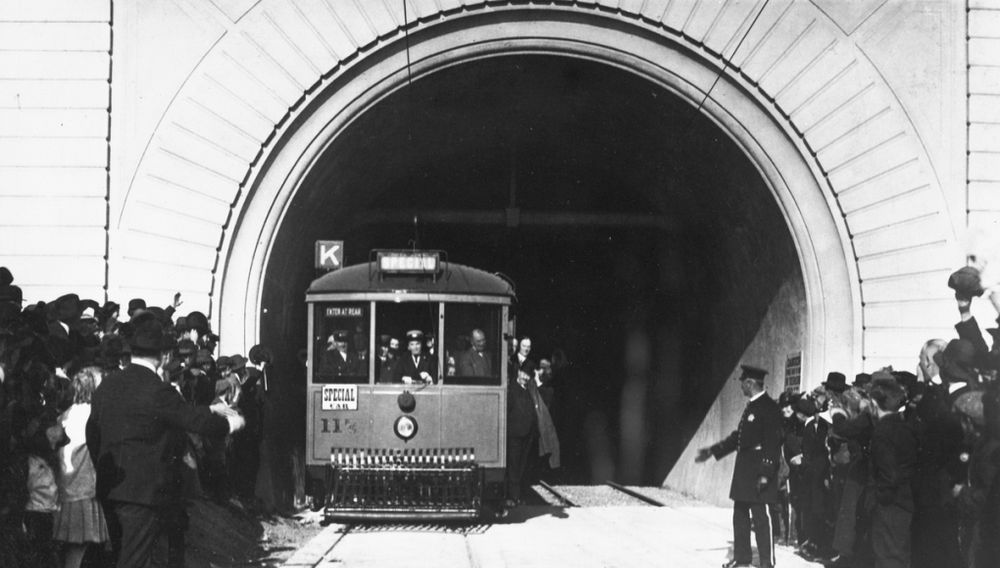 The above ground F line takes its lettering from the old Stockton line (for which the city dug the tunnel, says Bialick). The E Union Street used the tunnel too. Its modern namesake only just appeared a few months ago after years as a phantom, but actually predates the planning of the F.

Modern commuters may look at that 1932 map with some envy. (What we wouldn’t give for an H Portero these days!) But the city’s makeup and transit realities were different in those days—as, perhaps, were City Hall’s priorities in the age of the automobile.