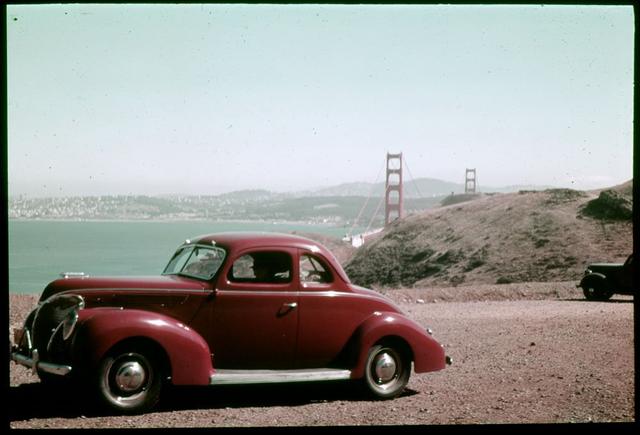 These days, we are all photographers. The people of the future, assuming enough of our digital record remains, will have a staggering fecundity of documents of the lives we led, the clothes we wore, the food we ate, and the sights we saw — especially from the year 2007 onward, otherwise known as the Age of the Smartphone and the Rise of Facebook.

But the last century, while better documented than centuries before it thanks to the advent of photography, is still being mined for its documentary riches, some of which are still languishing in attics and possibly decaying, celluloid not being as enduring as a digital file. Such almost became the fate of the 14,500 photos taken by one obsessive hobbyist out of Indiana, Charles W. Cushman.

There’s a trove of his photos now online in the Charles W. Cushman Photograph Collection at the Indiana University Archives, and among them, because Cushman was an avid road-tripper throughout his lifetime (1896-1972), are over 1700 color images of San Francisco between the years 1938 and 1969.

Cushman was an early adopter of color photography, picking up and exclusively using Kodachrome film to produce color slides in an era before World War II when hardly anyone was doing this. Because of that, and because of the breadth and sheer size of his photography collection, Cushman’s photos are an incredible document of civilian life and the changing American landscape during and after the war. And because of the rarity of such color images, particularly from the 1930s, a book of Cushman’s photos was published by Oxford University Press four years ago, thanks to the preservation efforts of Rich Remsberg and historian Eric Sandweiss.

Because there are so many photos, SFist is going to bring you groups of them curated in multiple parts, covering different eras in which Cushman visited the city, which he did nearly every year. We begin with his first photos of San Francisco, including several of the newly built Golden Gate Bridge. The bridge was completed in 1937 and therefore Cushman’s images of it in 1938 mark some of the first color photographs ever taken of the bridge.

He also spent some time in June 1940 at the Golden Gate International Exposition on Treasure Island — the fair actually opened the prior year, in 1939, and it was the occasion for the construction of the man-made island between 1937 and 1938, which was later leased by the US Navy as the country became embroiled in World War II two years later. Some of the original Art Deco era structures from the Expo still remain. See a map here of the fairgrounds, and take note that the grassy midway labeled “Magic Carpet” at the bottom of the map remains in place today, and is the location of the Treasure Island Flea Market and the annual Treasure Island Music Festival.

Back in 2012, when the first photos went online, NPR did this excellent feature on Cushman, which I recommend viewing and reading for more about the man behind the lens. 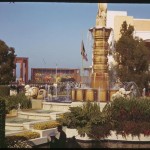 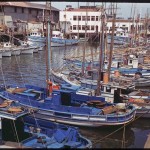 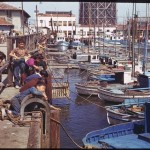 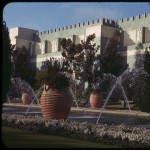 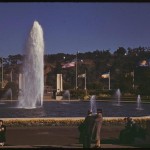 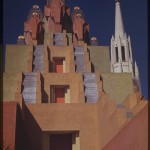 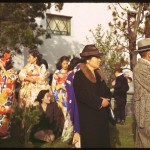 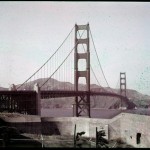 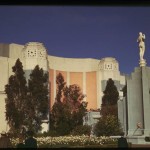 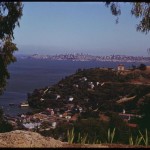 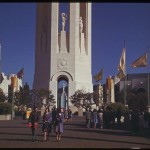 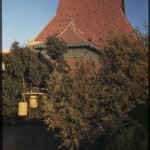 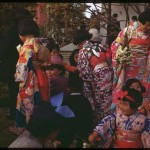 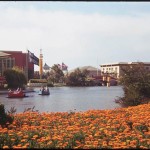 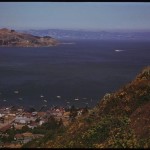 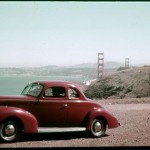 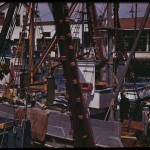 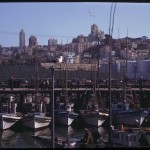 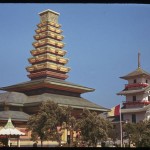 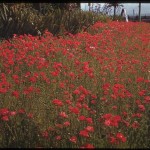 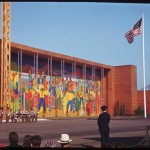 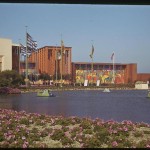