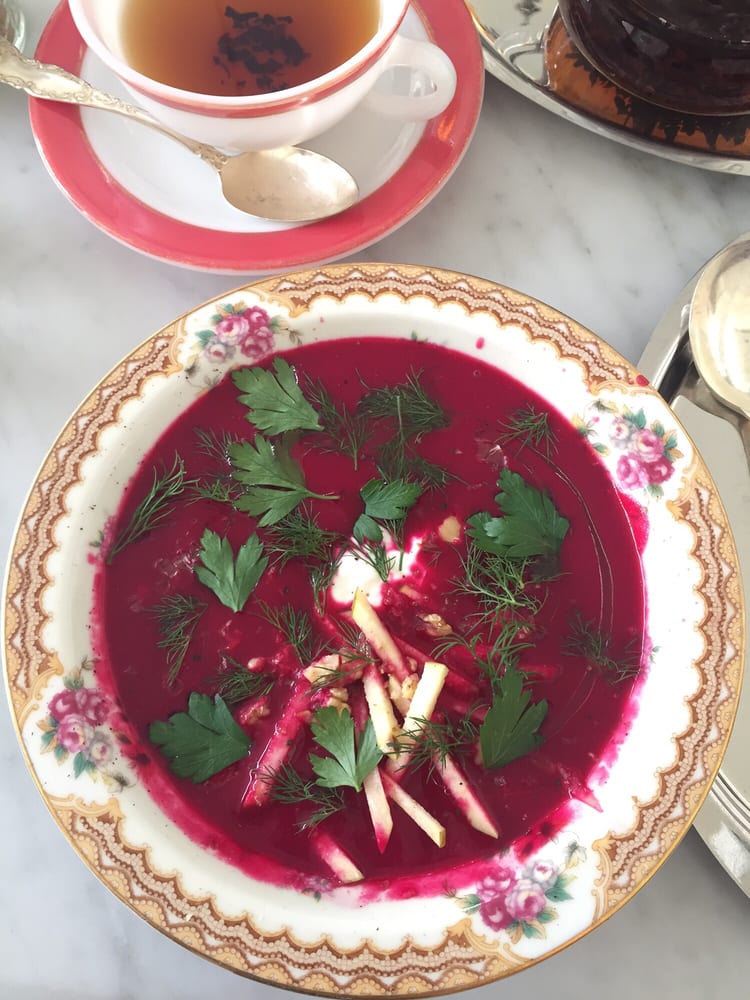 Russian food in America is a very mixed bag. The cuisine encompasses Ukrainian, Lithuanian, Armenian, Polish, Georgian food, and more, and that’s because all of those countries were considered Russia when many people from that area came to America in the 1980s and opened restaurants, which all fell under the Russian umbrella. The delicious consequence is that Russian food in America today encompasses all of those diverse cuisines, so keep that in mind when reading this map.

David Nayfeld is the chef/owner of the upcoming Che Fico, and he grew up here in the Bay Area with his Russian family. Nayfeld has spent his entire life — minus the few years he worked at the three-Michelin-starred Eleven Madison Park in NYC — eating around the city’s Russian gems, and has become a definitive expert on where to go when the craving for, say, pelmeni (Russian dumplings) strikes.

The following eight places reflect Nayfeld’s and Eater’s picks on the best places to feast on Russian food in San Francisco (plus one in Alameda), with expert tips on what to expect, what to order, and how to succeed at dining there. On this list you’ll find a mix of old-school neighborhood spots, as well as some some newer, trendier choices.

Did we miss your go-to Russian spot? Tell us about it in the comments.

David’s tips: I’m not sure people really associate 20th Century Cafe with being Russian, but the food very much is. There’s a super old-school Eastern European Jewish feel to it. They have great potato knish, and you’re going to be hard-pressed to find a honey cake that’s done better in this city. 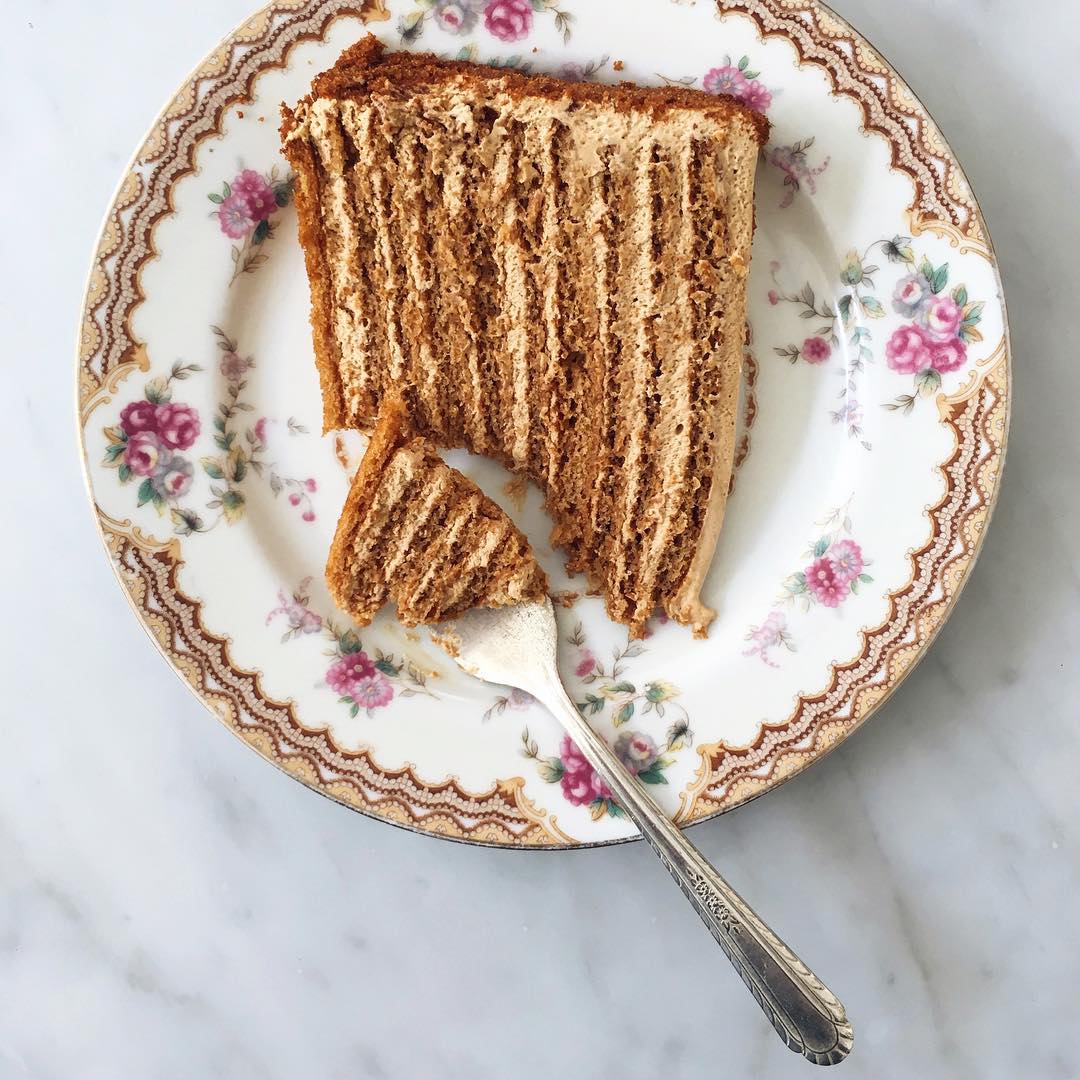 The deal: If you want a full Russian feast, than gather your group and book a party at Beluga. The banquet hall is only available for private events, so it’s an ideal occasion for a blowout birthday, engagement celebration, bachelor or bachelorette party, et cetera. In return for about $50 to $100 per person, you’ll get a massive feast, live music entertainment, and all the chilled vodka you can handle. Be prepared to share the space with others, unless you have a group large enough to rent out the entire hall.

David’s tips: When I was a kid, we used to go Russia House — RIP — this huge restaurant off the 101, which is where I had my 18th birthday. But now there’s Beluga, taking the place of the traditional Russian way of eating and drinking, which is to do both the entire night in stages with dancing. You don’t order the food; it just comes out in waves. First it’s salads, pickles, smoked fish, and marinated things; after that comes cooked delicacies; then you get into the grilled meats and cooked fish and boiled potatoes; and finally dessert. The entire time, there’s a bottle of vodka and a bottle of Armenian brandy on the table. 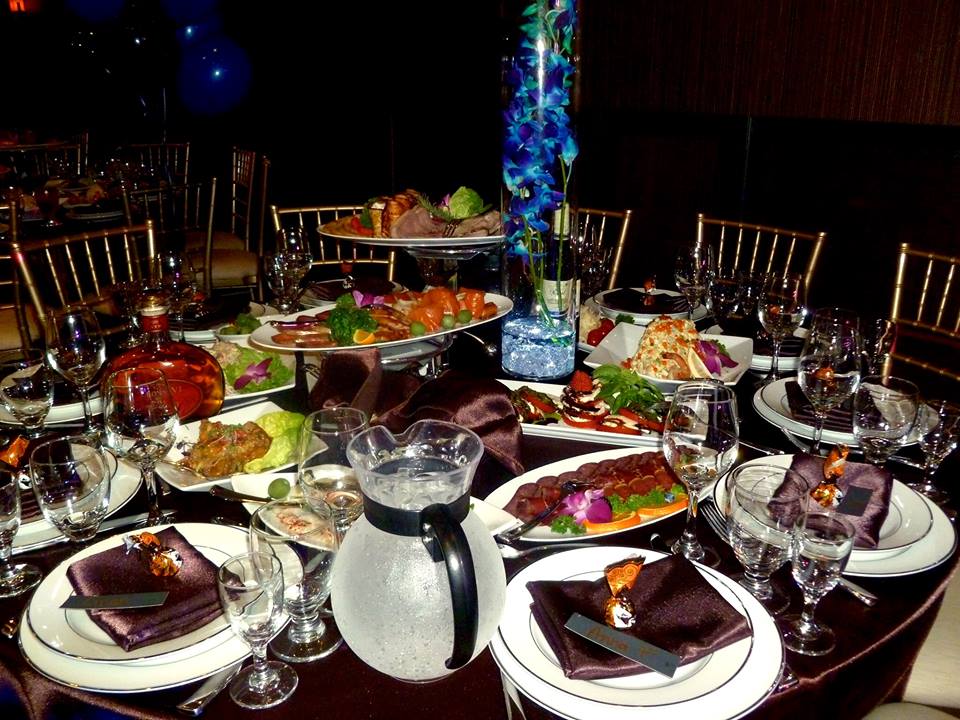 The deal: This cheerful bakery and cafe on Geary peddles everything from freshly baked rye loaves and Ritual Coffee, to entrees like borscht and chicken kiev. Don’t sleep on the pelmeni (Russian boiled meat dumplings in broth), or the blinchiki (rolled crepes filled with sweet cheese, mushrooms, ground beef, caviar or Nutella). Cinderella is also one of the only places in the Bay Area to get housemade kvas, a sweet, vaguely alcoholic-tasting, bubbly concoction made from fermented rye bread. — Anna Roth

David’s tips: Cinderella is a San Francisco classic. My parents and grandparents would go there when they first immigrated. They knew the owners, and now their son runs it. Needless to say, it’s very deeply-rooted within the community, and even beyond, since they sell their breads and other items to major grocery stores. I would suggest going in the middle of a weekday right before lunch rush so you can have the pick of the litter. My favorites are the piroshkis (bread stuffed with beef and cheddar, or just cabbage if you’re vegetarian), the pelmeni, Siberian pie (ground beef pie with shredded egg), and vegetarian borscht. 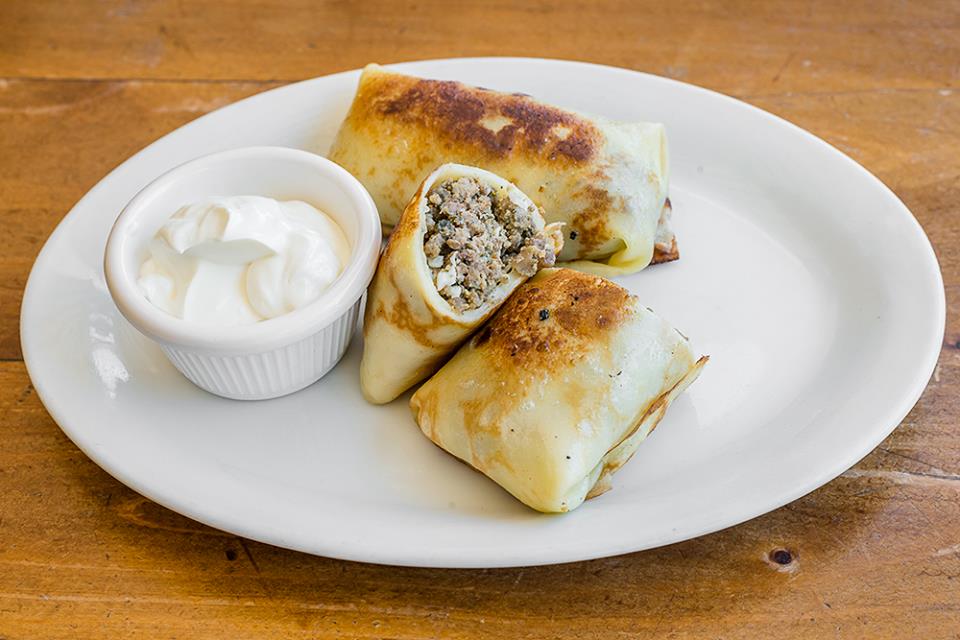 The deal: More than just a market, Europa Plus’ two locations specialize in pickles (750 La Playa St.) and smoked meats and fish (5350 Geary Blvd.). Head to either to find very specialized Russian goods, plus a good selection of refrigerated cakes.

David’s tips: A major key to Russian food is pickles and marinated vegetables in all different splendors and forms. No matter where you travel in Russia, you’ll always see fermented, marinated, and pickled vegetables — they even take it further with pickled watermelon, eggs, fish, apples, et cetera. Europa Plus and Europa Express 2 specialize in this, but I think the one on Geary has a better selection of smoked meat and fish, and the one near the ocean has more pickled vegetables. 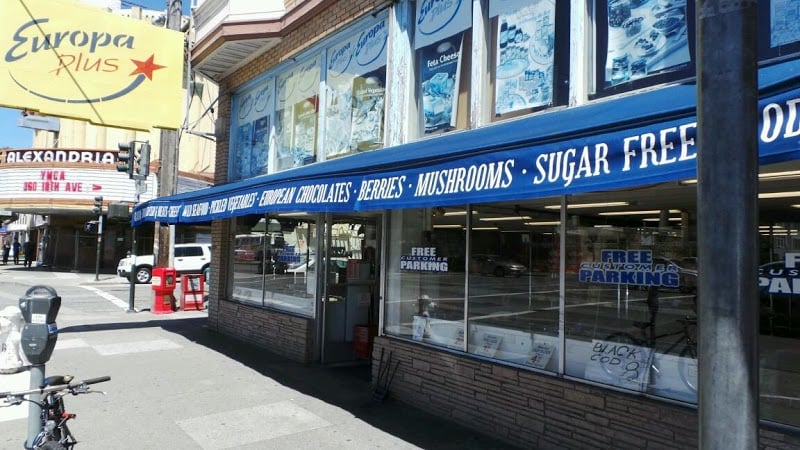 The deal: Despite its name, this Russian restaurant only does tea service for large groups, so you’ll need to reserve in advance. But the spread is quite generous for the $25 per person price, featuring piroshki, blini, eggplant caviar, pavlovas, and napoleons, as well as tea served from a traditional samovar.

David’s tips: It may have tea room in the name, but go for dinner. It’s a thing to do, and definitely on the higher end (i.e. put on a nice shirt). My favorite dish is the lamb shashlik, which is tender slices of lamb leg marinated in garlic onion, lemon juice, vinegar, and wine, cooked on a metal skewer, and served with basmati rice and marinated peppers. Also go for the potato vareniki, or steamed dumplings filled with potatoes and topped with caramelized onion, whipped cream, and mushroom sauce.

The deal: Similar to Italian delis, this one has a Russian bent, with every meat you could imagine. There’s also a large selection of prepared foods, making this much more than a typical market.

David’s tips: New World Market is the place to go if you want any selection of Russian grocery. Russians are known for having a sweet tooth, and there’s a million different versions of candy here. Plus, it has — in my opinion — the best deli counter in the whole city. Before Whole Foods was a thing, New World Market set the model for fancy prepared foods and boutique goods. The dairy aisle is epic, with 15 or 20 choices for sour cream alone. You can get caviar, dairy, beers, smoked meats, cheeses, and there is a dessert case with no less than 15 or 20 pies in there and constantly fresh-baked pastries coming out o the oven. It’s pretty magical. 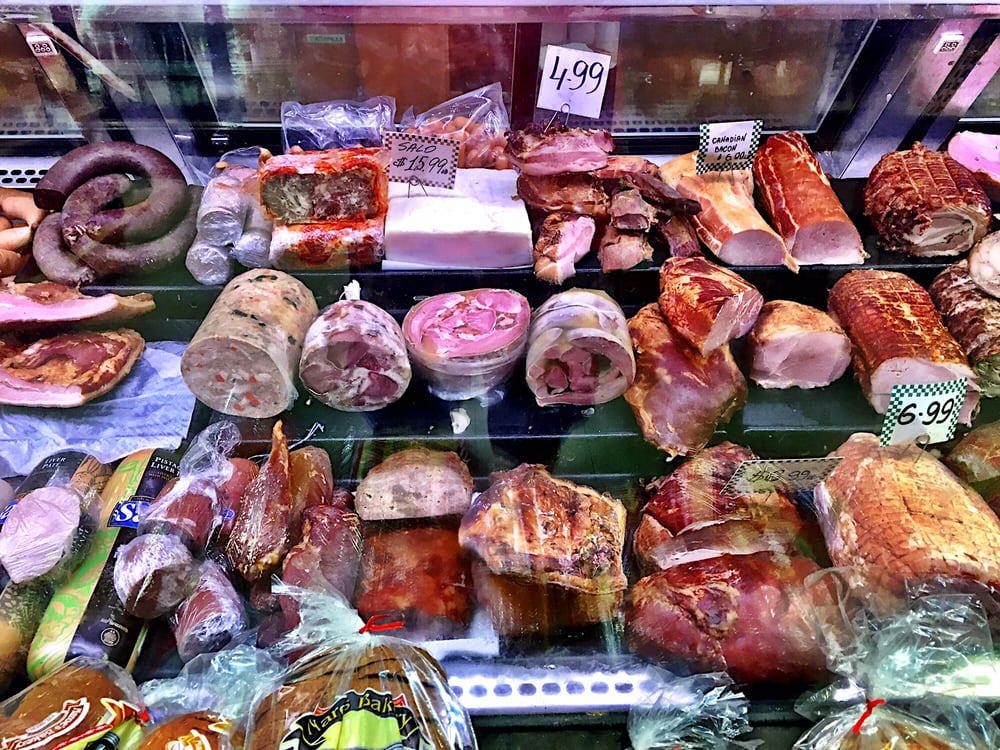 The deal: Yet another market, but this one specializes in prepared foods to bring home for dinner or a party. You can find marinated (raw) meats, deli spreads, pastries, and more.

David’s tips: What I really like about Royal Market is that you can go in there and get yourself a meal, or you can get marinated meats and sides and bring them home for a barbecue. I love the khachapuri, which is a baked puff pastry with salty cheese on the inside; it’s so slamming. Or you can get grilled eggplant wrapped around vegetables or yogurt, baklazhannaia ikra (an eggplant spread), and more. 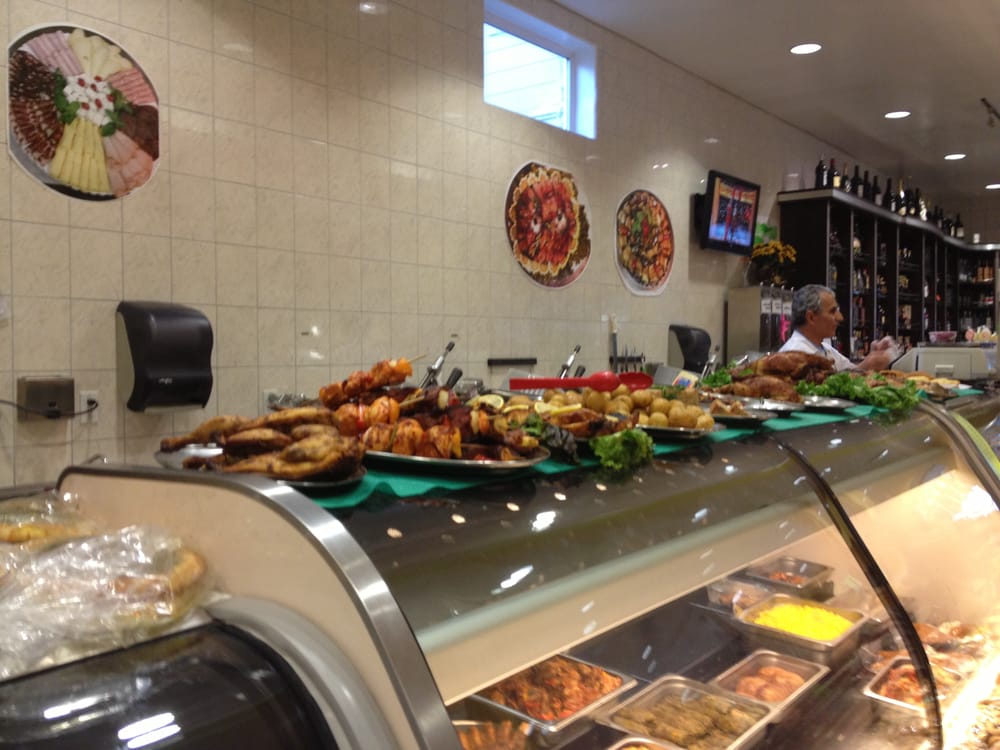 The deal: This may not be in San Francisco, but Mama Papa Lithuania is a no-frills, family-owned Russian restaurant in Alameda that solidly represents the cuisine.

David’s tips: This is a sleeping gem. It’s 100 percent family-owned and -operated, and thus the food is so genuine. There is no twist on the dishes — no interpretations or fancified versions. Definitely get the pelmeni (flour dumplings) filled with meat (they’re like the Russian version of tortellini and served with melted butter and chopped herbs), the meat-stuffed cabbage and red bell peppers, and the honey cake. 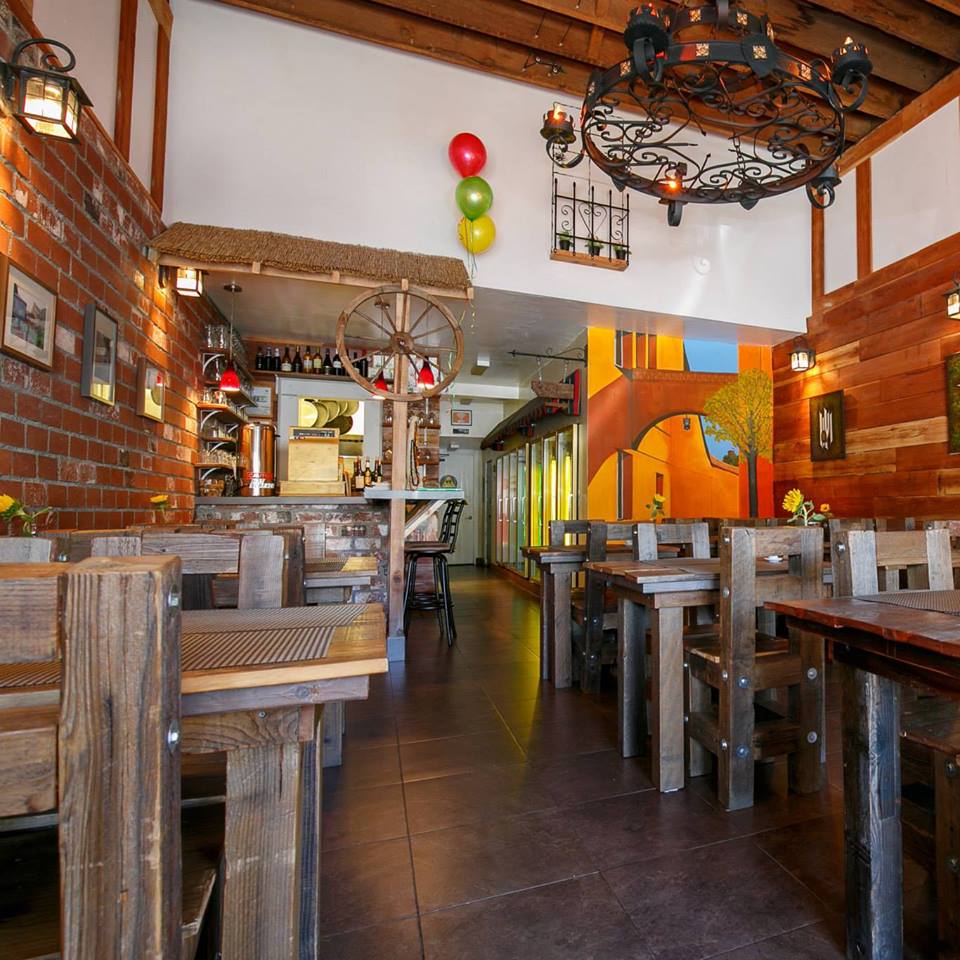