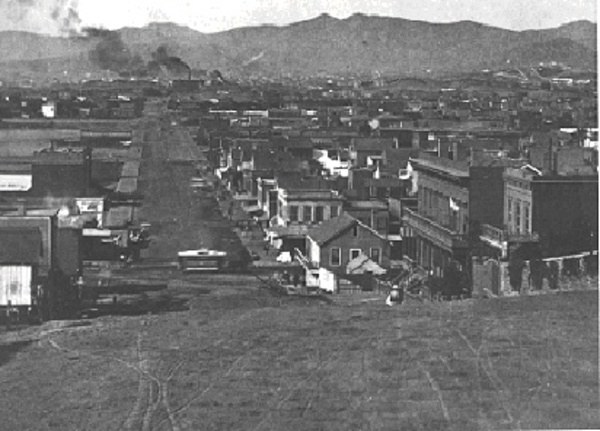 San Francisco is kind of weird—it’s just our thing, and has always been.

So looking back in history, it’s little surprise that the city was once home to some very strangely named neighborhoods. Take a look back at some of the more eyebrow-raising locales.

Now this place sounds fun. Happy Valley, in what is now SoMa around First and Mission streets, was named in 1849 by Gold Rush hopefuls who lived there in tents, hopped up on the magical promise of striking gold.

Beer Town sounds like our kind of place. This five-block stretch of Fulton Street in the Inner Richmond was a hub for saloons and beer gardens, set up to service patrons of the Bay District Racing Track, in the 1870s. The area was also part of the 1894 Midwinter Fair.

A good laundress was hard to find back in the 1850s, so the filthy clothes belonging to Gold Rush miners were often shipped to Hawaii or China (can you imagine?). But that was before people started washing their clothes in a local pond called Laguna Pequeña, at Gough and Greenwich streets. It became such a thing that laundry business eventually sprouted up nearby and the area became known as Washerwoman’s Lagoon.

A project of the City of San Francisco, Apparel City—bounded on one side by Industrial Street, east of Bernal Heights—got its start in 1949. It was meant to house the Bay Area garment industry, but only one part of the project was completed.

Located in the Bayview, Butchertown contained all of the city’s slaughterhouses, tanneries and related industries by 1877.The last slaughterhouse here closed in 1971.

For several years, traveling circuses were a major form of entertainment in the United States. This 1892 ad in the San Francisco Call refers to The Circus Lot, a kind of pop-up space on Jackson Street between Montgomery and Kearny where visiting circuses would set up shop.

Broom Point sounds like the meetup place for witches during Halloween, but alas, it’s part of Golden Gate Park. According to the San Francisco Almanac, the spot probably got its name from the duties of 19th century stableboys. The book describes its location as being at the east end of Old Speedway Meadow.