The “Artist You Should Know” series highlights local artists before they exhibit their work somewhere awesome, it’s our way of supporting the creative community and helping to keep San Francisco a strange and wonderful place.  Meet artist Brian Singer (AKA someguy) and see his work April 1st and 2nd at Pacific Felt Factory during Mission Open Studios.

A few weeks ago someguy put up a piece of art on Division Street.  The piece hit home because it was a solemn reminder of the tent city that used to occupy that space in San Francisco, the homeless encampment that has since been dispersed. 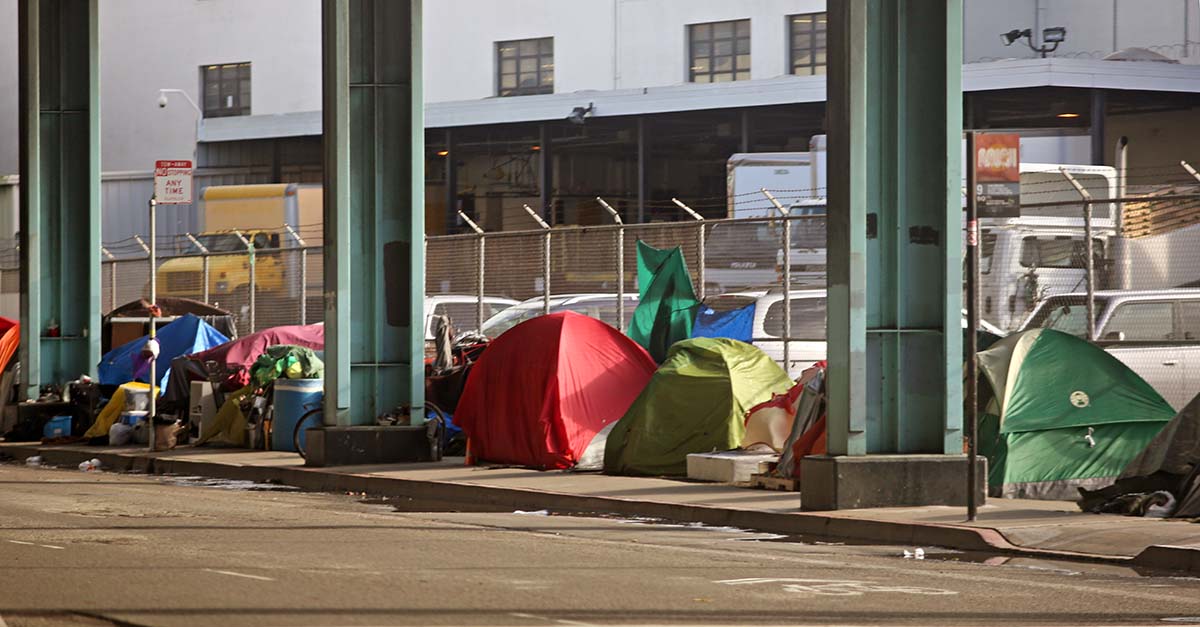 Tents were confiscated by the city and the homeless were forced off the busy street, but the people didn’t simply disappear, they are now scattered on side alleys and streets that are more hidden from view.

I asked someguy what his work meant to him
“I know that putting up art isn’t directly helping the homeless, but I realized I had become desensitized to the problem, because I saw it everyday. This (Home Street Home) is an attempt to build awareness and empathy.  Homelessness it’s an incredibly difficult problem, and I don’t know what the solution is, but making people aware of it can only help.” 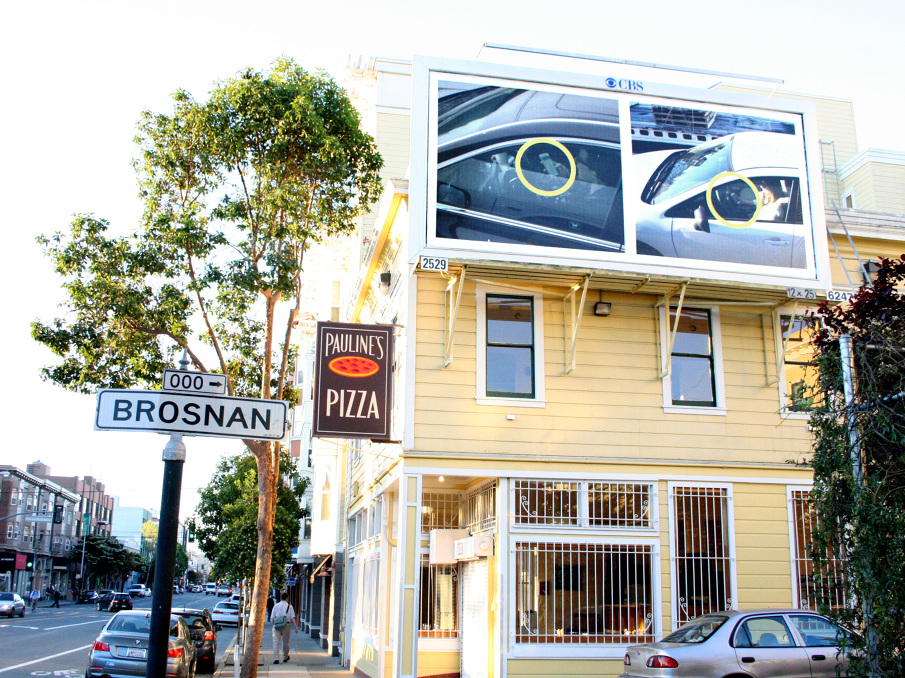 Singer has a knack for unsanctioned ‘public awareness’ campaigns.  in 2014 he was frustrated by drivers who were paying more attention to their smartphones than to the road.  So he bought up ad space on billboards all over SF, made a website, and launched the TWIT Spotting (Texting While In Traffic) campaign.  Billboards all over the city and even on the freeway, showing photographs of people texting while driving.  The stunt got international press, and probably did more to curb texting while driving than any of the multi-million dollar government run campaigns ever could.

After the 2016 presidential campaign Singer built a chrome browser extension that subtly puts quotation marks around the word “President”, whenever the words “President” and “Trump” appear on together on your browser  Nothing playfully delegitimizes something like putting quotations around it…”President” Trump. 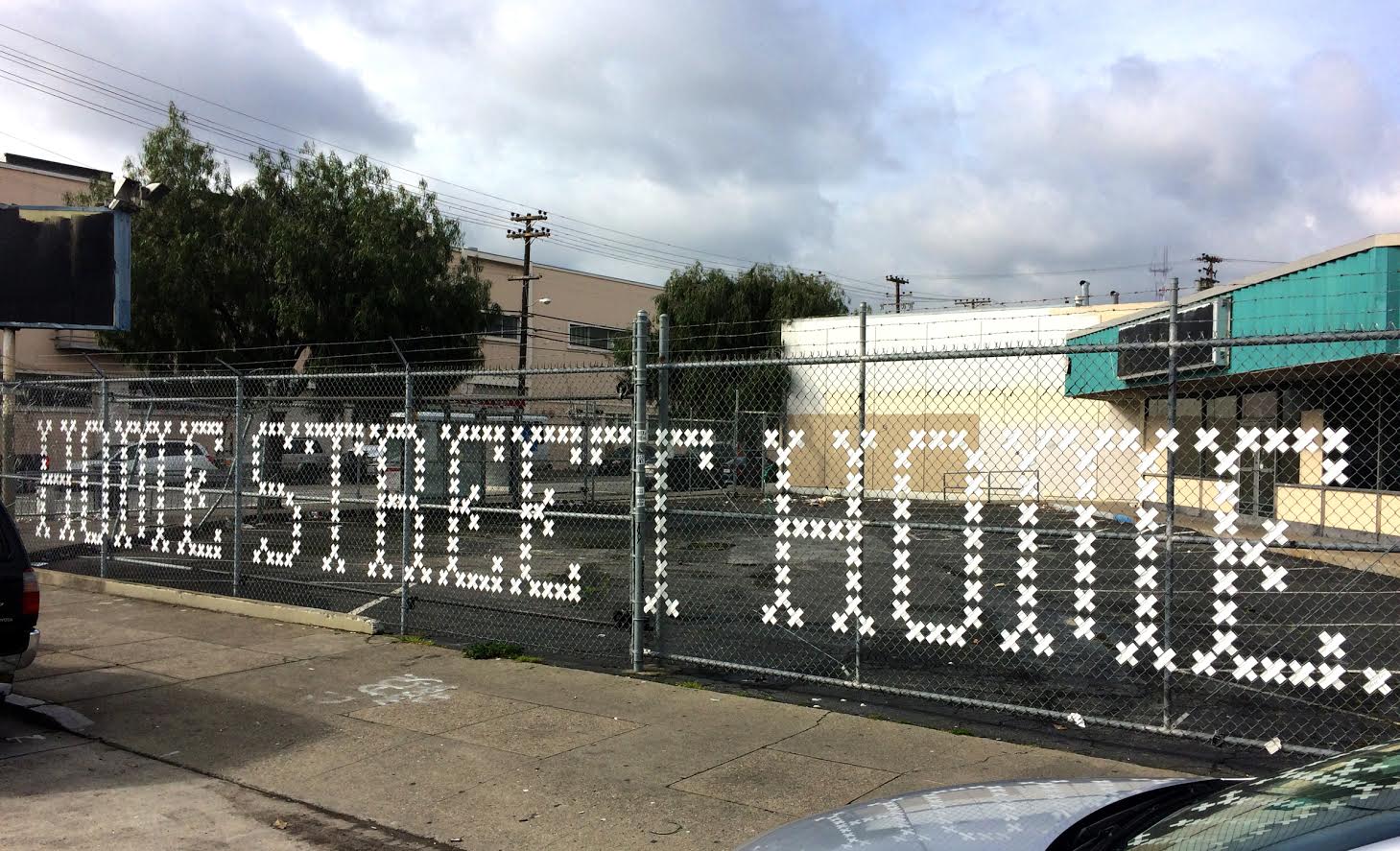 What was your first job in San Francisco? Designer (web)

What still inspires you about San Francisco?
The resilience of the people 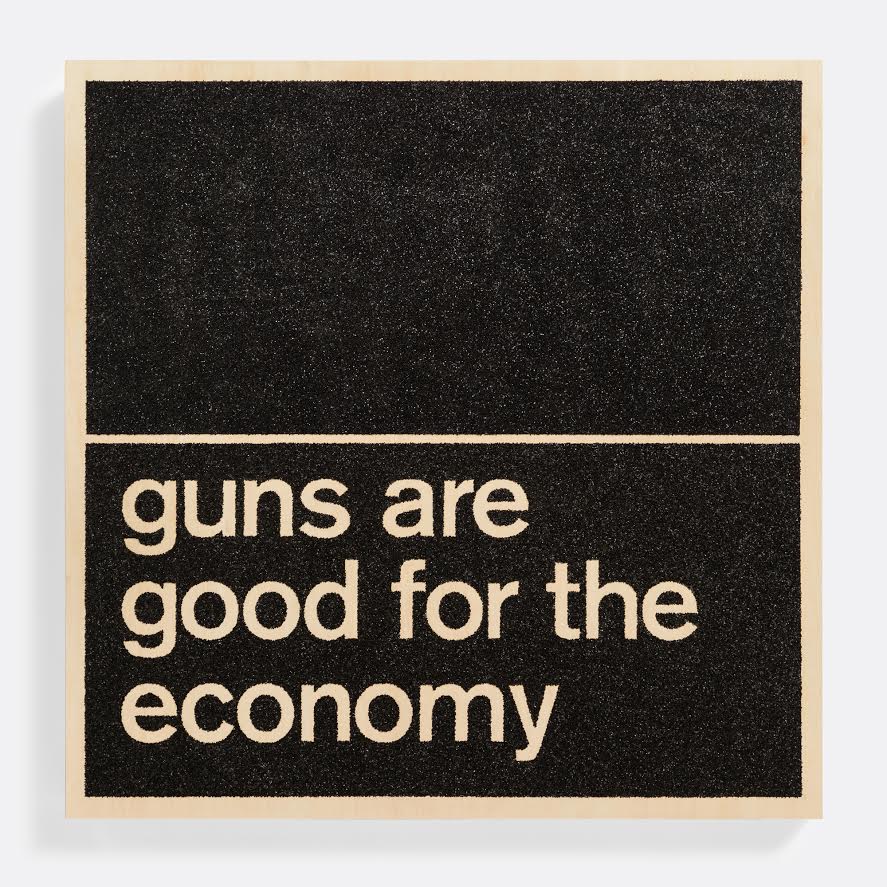 36 x 36 inches each – “Gunpowder was used to create this piece, which is then coated in clear acrylic for protection. This is part of a broader exploration of what is actually good, or bad, for the economy.”

What was your last great night out in San Francisco? Last Friday I met up with a friend to record a podcast, had drinks at Hotel Utah, saw some great art at Grey Area, ate tacos, and ended up at Doc’s Clock for more drinks. That’s more than I usually do in a week, so it was a pretty good night out for me.

How has the city changed? I think the city is in a constant state of change. The economic boom in the last several years has created a lot of wealth, and when combined with a limited housing supply, it’s gotten pretty ugly. While it’ll take many years (probably in time for the next big crash), it does sound like the city is finally trying to deal with the housing shortage / laws protecting residents. Still, I feel bad for the people and communities that have been displaced.

Oh, and we’ve also gone from hating the striped-shirt guys from the Marina (remember them?) to the hipsters in the Mission to the tech-bros. I wonder who’s next, artists?

What are you trying to communicate through your art lately? I think I lack a central message to my work. For one project, it’ll be about raising awareness of homelessness (so moving the tent encampments doesn’t just turn into “out of site, out of mind”). For another, I might focus on the economy, or delegitimizing the current president. My recent body of work that’s still in progress deals with gun culture and highlights the weapons used in assassinations. I’ve got JFK, Malcolm X and John Lennon completed, and am working on Martin Luther King Jr right now.

What does it take to make it as an artist in SF these days? Ha. Define “make it”, because I don’t know that any artists are actually making it (in the sense that they’re selling enough work to pay rent). I think it takes a lot more than talent to make it. It’s a non-stop hustle, ability to market yourself properly, focusing energy on the right opportunities. Ah, let’s be honest, if I knew what it took to make it as an artist, then I’d be making it, right? I’m as clueless as the next artist. 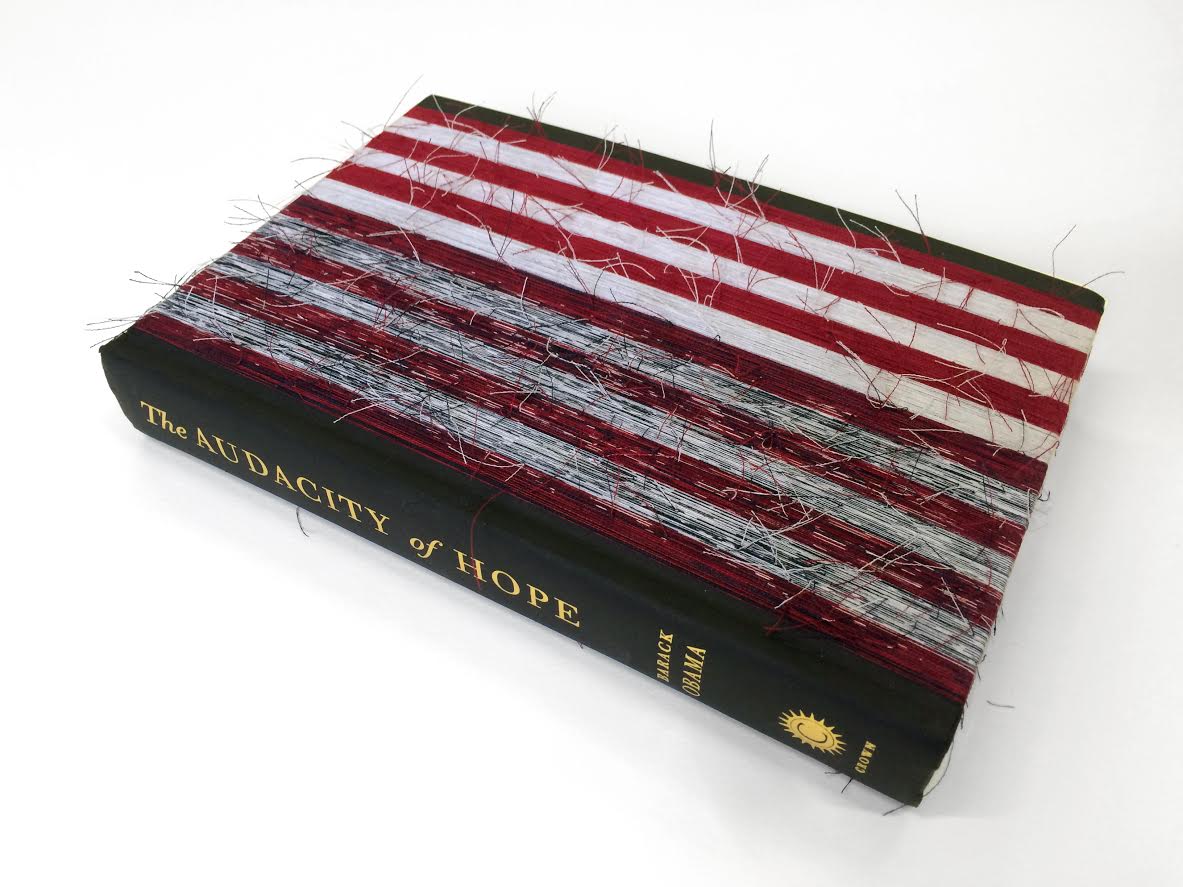 ‘Audacity of Hope’ by someguy


Any SF artists you think are outstanding right now? There’s a ton of talent in SF, and a lot of people doing really interesting work. A few folks that pop into mind include Travis Somerville, Alice Shaw, Craig Calderwood, and Kristina Lewis.

Favorite Gallery right now? Is saying all of Minnesota Street Projects cheating? I really enjoy being able to see multiple shows in one convenient location (sort of like 49 Geary).

Favorite Street art right now? I’m really digging what’s happening on the building at Folsom and 13th St. (right across from Rainbow Grocery, near Folsom Auto Body). I don’t know the story or who’s involved, but it feels more graphic and intentional than a lot of other stuff out there.

What’s coming up for you? I’ll be participating in Mission Open Studios this coming weekend, April 1 and 2ndfrom 12-6pm. Pacific Felt Factory Arts Complex, 2830 20th Street. I also have a show up at Blackbird.