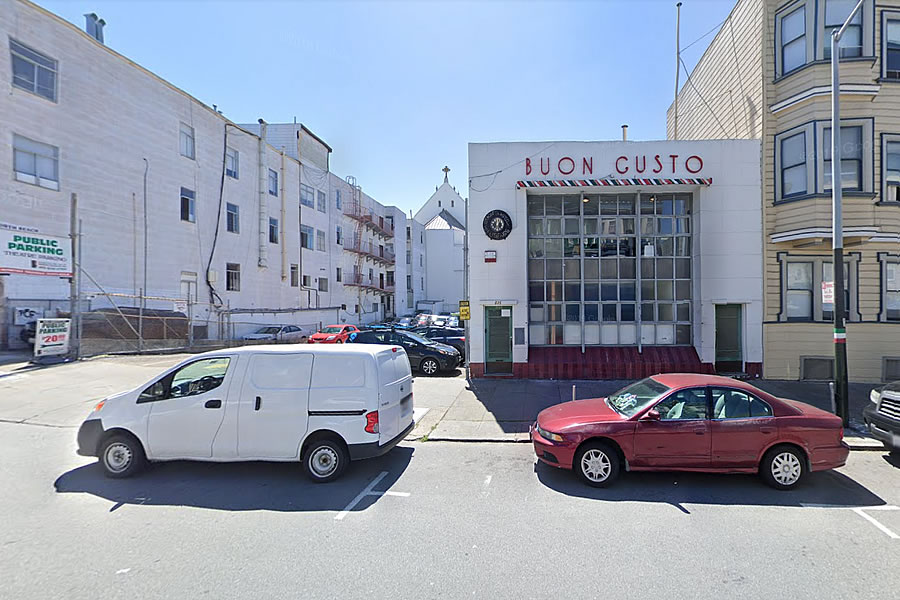 As we first reported last year, plans to redevelop the iconic Buon Gusto Sausage Factory building at 535 Green Street, which was once the largest sausage and salami producing facility in the west, and its adjacent parking lot parcel, were in the works.

The draft plans had envisioned that a new 4-story building would rise up to 40-feet in height across the site while preserving the existing façade of the historic Buon Gusto building, which has been identified as an “A” listed historic resource, and incorporating it into the redevelopment, plans which would have yielded 24 residential units over 6,500 square feet of new ground floor commercial space and a storage room for 21 bikes: 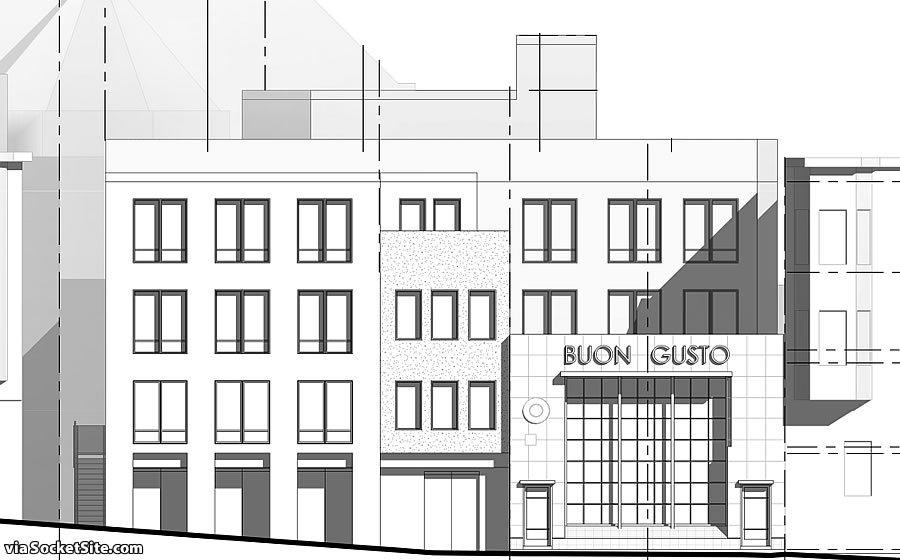 While the general approach remains the same, the plans have now been “supersized” by way of a requested State Density Bonus, the building permits for which have been requested and triaged.

And if the project is approved and the ground is broken, a six-story redevelopment would now rise up to 74 feet in height across the site and yield a total of 34 condos (a mix of 9 one-bedrooms, 12 twos and 13 threes) over 19,000 square feet of commercial space (including 4,000 square feet of refurbished basement space beneath the Buon Gusto building) and off-street parking for 72 bikes.

We’ll keep you posted and plugged-in.