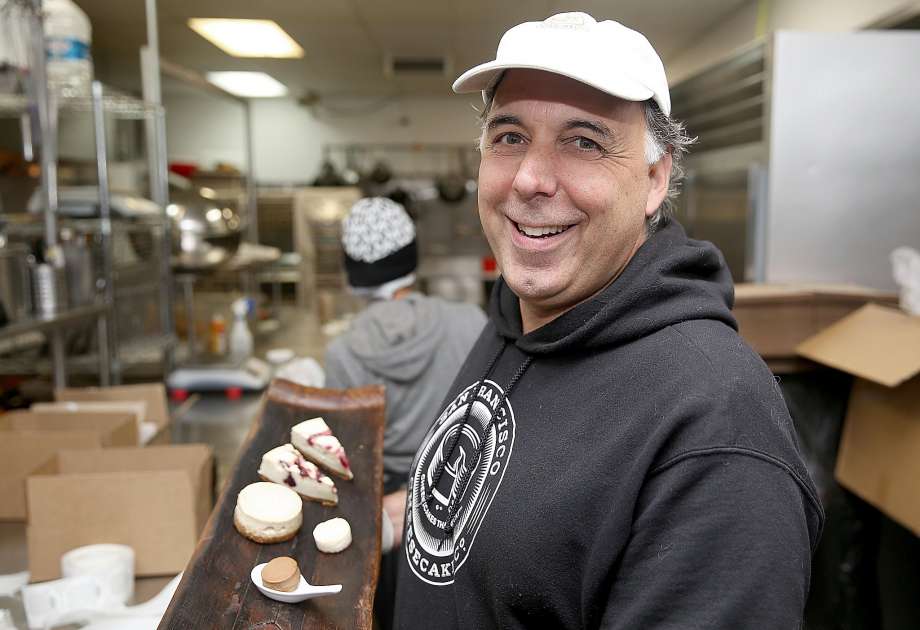 “You have some balls to come to New York to sell a San Francisco cheesecake,” Peter Rizos recalls someone saying last summer at the New York Fancy Food Show, the largest specialty foods trade show in the country. Rizos owns the San Francisco Cheesecake Co. and he was there to introduce his treats to anyone who’d stop by his booth.

Local pride aside, Rizos’ version is nothing like the tall and dense kind beloved in the Big Apple. His is much flatter, spoonably creamy and boasts a homemade graham cracker or chocolate cookie crust.

In true Bay Area style, these cheesecakes are crammed with local ingredients: chocolate from Guittard (Burlingame), dairy from Challenge (Dublin), spreads from Inna’s Jams (Emeryville) and even candy cap mushrooms from Far West Fungi in the Ferry Building. That’s right — mushroom cheesecake. After all, candy cap mushrooms taste remarkably like maple; besides, it wouldn’t be a San Francisco product without a little innovation.

Rizos also creates boozy cheesecakes, including one spiked with Fernet Branca. “Outside of Argentina and Italy, San Francisco consumes more fernet that anywhere in the world,” he says. His chocolate-fernet cheesecake will soon appear on the menu of Fillmore Street’s newly reopened Elite Cafe.

A collaboration with the Marin Brewing Co. resulted in a double chocolate cheesecake emboldened with the company’s Breakout Stout. Roasted barley and oatmeal in the graham cracker crust add an extra dose of maltiness. 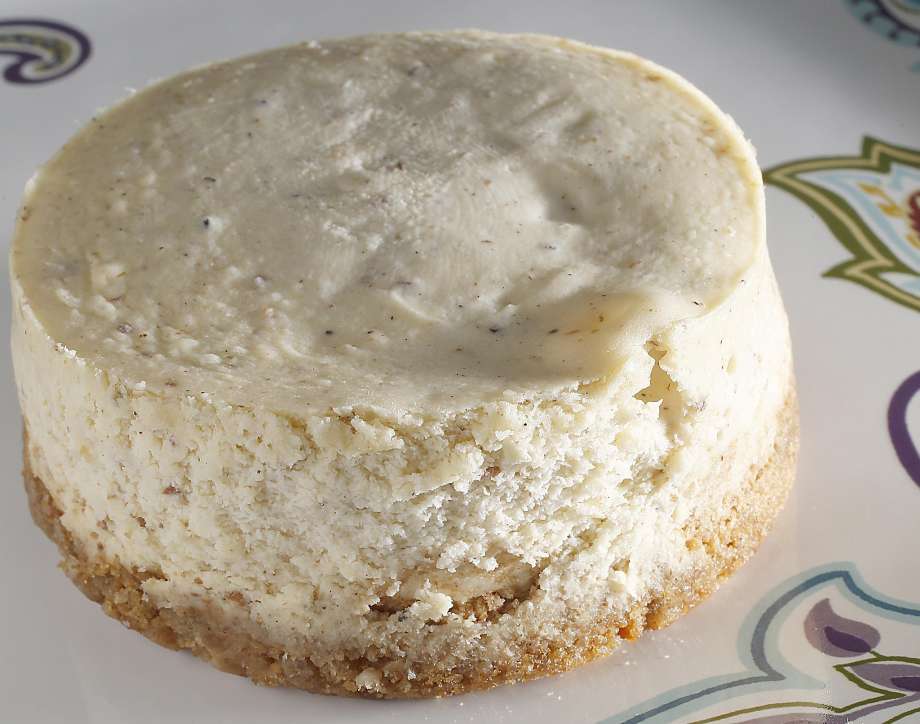 When Rizos started making cheesecakes, it was just a side business for a few friends with him in the restaurant industry. “It was pretty classic,” he says. “You’re not intending to start a business, but people want what you make, so you just make it.” He went full time in 2012 and shares a kitchen with Far West Fungi in South San Francisco. He manages a staff of four that will prepare between 700 to 2,000 3-inch cheesecakes a day. They once used an ice cream scooper to transfer batter to the pan but now rely on a depositor, which allows them to measure more evenly and avoid air bubbles. Rizos is mum on other tricks of the trade, though he does admit he has a secret baking technique to ensure the cheesecakes turn out supremely creamy. “It’s special,” he says with a grin.

However, he’s not afraid to discuss his other secret to making stellar cheesecake — homemade crust. Rizos makes his own chocolate cookies and graham crackers; he even sells the graham cracker crumbs to both individuals and restaurants. District, which has locations in San Francisco and Oakland, scatters them atop a s’mores pot de creme, while Hayes Valley’s Dobbs Ferry has featured them in parfaits.

Come Thanksgiving, San Francisco Cheesecake Co. will open a retail shop inside the Ferry Building. There, customers will find a grab-and-go selection of miniature cheesecakes and slices. Those who want a large cheesecake can call ahead, and Rizos will accommodate them if he can. He remembers one woman who telephoned and said, “I had your pumpkin cheesecake at a restaurant. I love it. How many do you have left? I want to buy them all.” He promptly sold her 20 9-inch pumpkin cheesecakes. 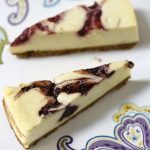 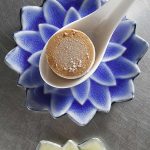 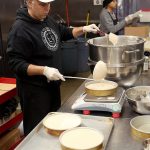 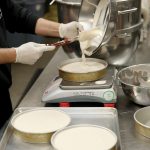 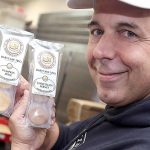 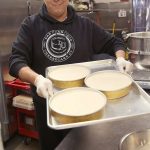 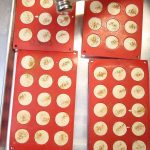 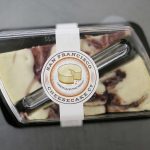 That pumpkin cheesecake is currently in stores. One of Rizos’ newest creations is a snickerdoodle cheesecake fragrant with cinnamon purchased from the Oaktown Spice Shop located near Lake Merritt in Oakland. “They grind all their own spices,” says Rizos. “I love going there.”

It’s been over a decade since Rizos started making cheesecakes, but he talks about them with the giddiness of somebody who’s just getting started.

“I make delicious food,” he says. “People love it.” With that, he grabs a spoon and dips it into a bowl of chocolate-fernet cheesecake batter. He pushes the mouthful toward this reporter and waits, with an expectant smile.

Visit www.sanfranciscocheesecakecompany.com for a complete list of of where to buy the cheesecakes.

Form into balls and place on an ungreased baking sheet. Bake for 10-12 minutes, until golden brown.