Restaurant history runs deep in San Francisco, a city that originated to everything from cioppino to the Mission burrito, and which even has a city project dedicated to identifying and preserving historic dining establishments. To kick off Classics Week, we’ve compiled our 25 favorite restaurants that have unquestionably impacted the Bay Area dining scene. The ground rules: must be a full restaurant (no bars or one-item spots like ice cream places and coffee shops), must be located in the Eater coverage area (SF/Oakland/Berkeley), and must have opened before 2000 (we’ve got a few modern classics in here as well, dating as late as the ’90s). This list has clubby wood-paneled rooms, seafood joints, diners, taquerias, Cal-cuisine icons, and anything else you could want. Time to get old-school.

One of the first SF restaurants to serve authentically regional Italian food, Acquerello has only continued to grow since 1989, moving into an increasingly fine-dining direction while maintaining its commitment to Italian wine and local products. It now holds two Michelin stars, a distinction that chef Suzette Gresham (who’s been there since the beginning) shares with only two other women in the entire U.S. 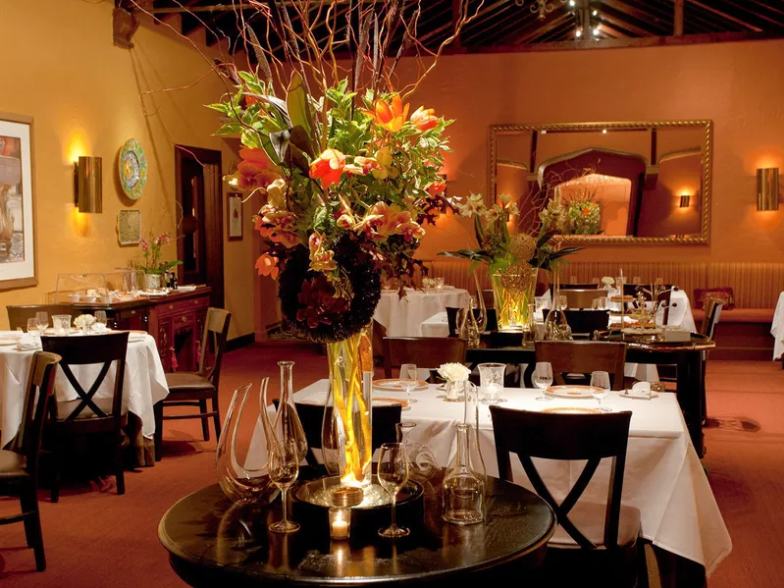 A recent renovation didn’t change the soul of this clubby restaurant in the Huntington Hotel, named for the Bay Area’s railroad pioneers. It’s full of cocktails, grizzled bartenders, California memorabilia, and a hefty dose of live piano music. 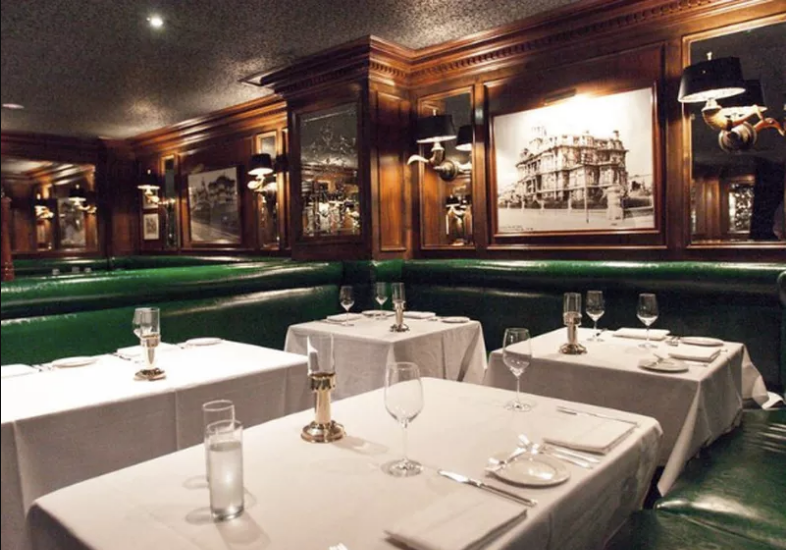 Little more can be said about this Berkeley icon, which is responsible for the introduction of California cuisine to the national lexicon. It bounced back with a lovely renovation after a 2013 fire, and continues to provide the Bay Area with an unending pipeline of talented chefs with an affection for local ingredients. 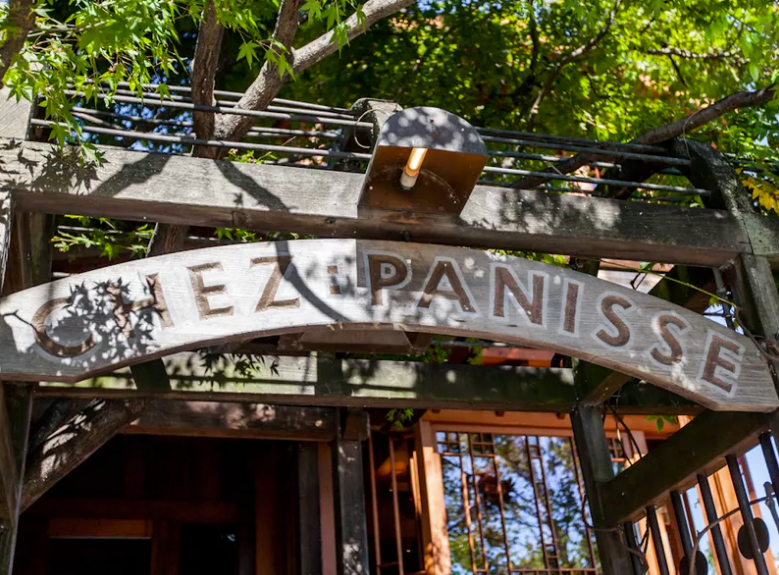 With its staggering views of the coastline and the ruins of the Sutro Baths, this SF icon has undergone a long series of fires, rebuildings, shutters, and reopenings to achieve its current crown-jewel status. It’s a little oasis at the end of the world. 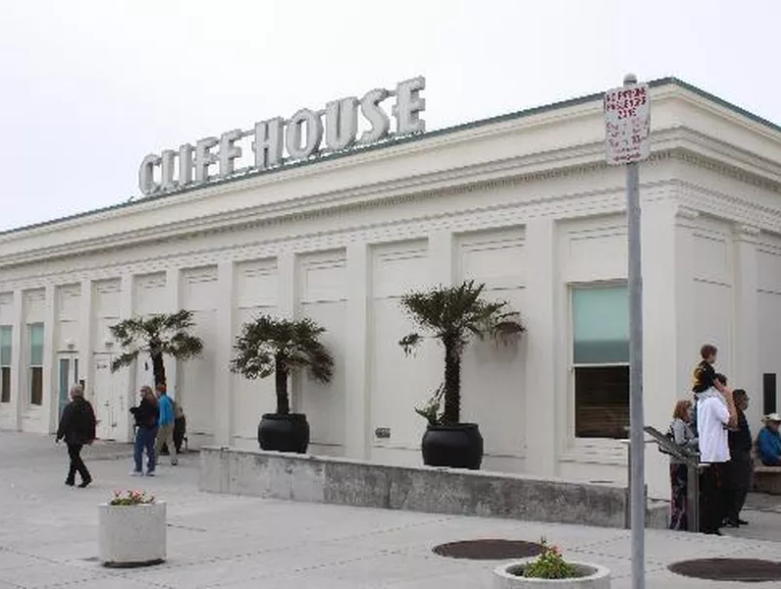 Home of the original tattooed server, this Mission classic (founded 1998) sparked a restaurant revival that began with its once-gritty block and has now expanded into its entire neighborhood. It’s still one of the city’s best for simple Cal-Ital food, and the neighboring Pizzeria Delfina has become a mini-empire. 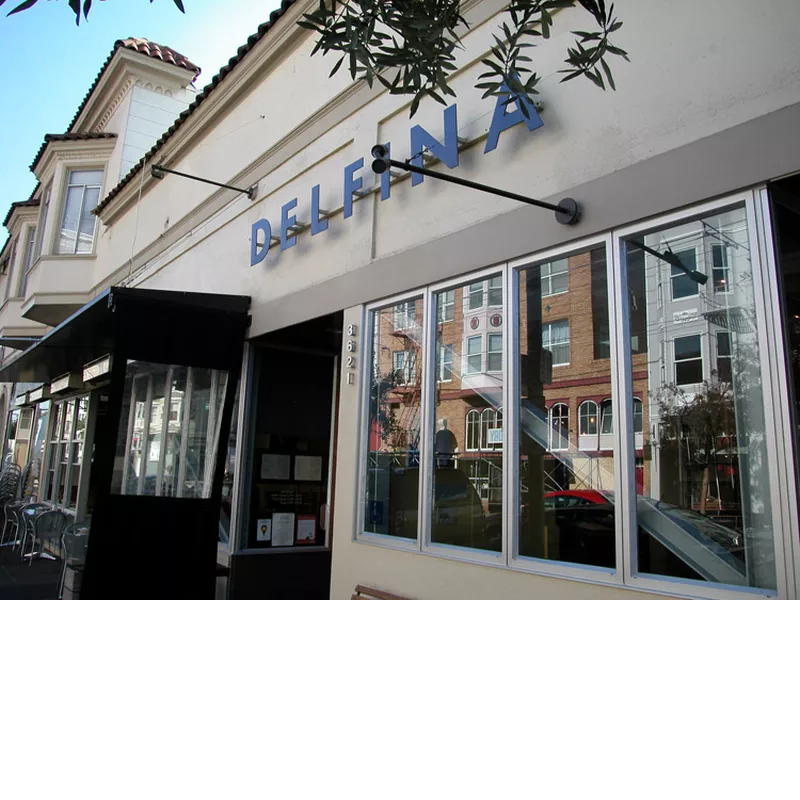 Modern burrito aficionados cycle endlessly between the three poles of Cancun, Farolito, and La Taq, but a shoutout is in order for this Mission classic (since 1961), home of the very first Mission burrito. Were it not for El Faro, we might never have had what’s arguably the iconic San Francisco food. 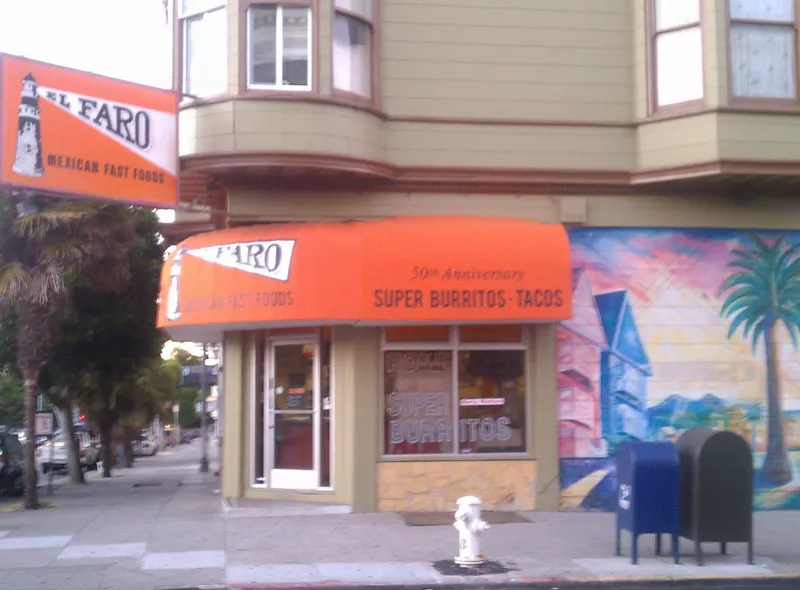 Founded in 1894, the home of the black and tan sundae and the arguable inventor of rocky road ice cream still delights local families with its scoops, as well as diner fare like burgers and fries. 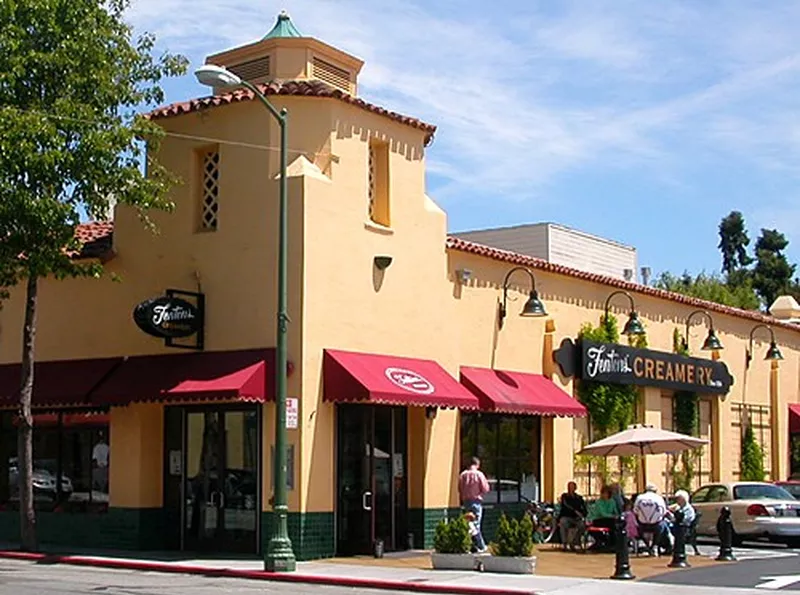 Along with Delfina, this modern classic (since 1999) in a gorgeous renovated movie theater was Mission-cool before the Mission was cool. It still delights with its big open-air central patio, movies screening nightly, and elegantly executed menu. 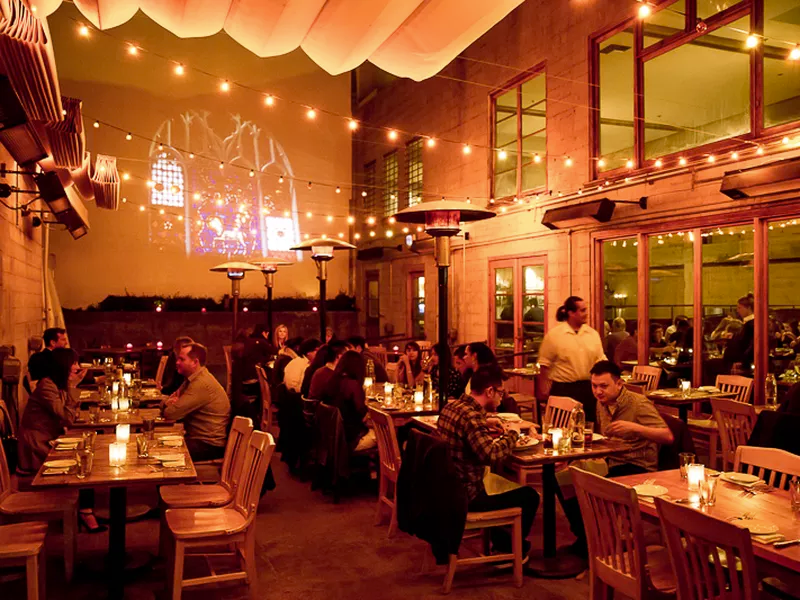 No San Francisco carnivore has truly lived before eating a juicy slice of prime rib off the cart in this ’50s throwback, where the cocktails come with their own shakers, the salad is spun tableside, and the baked potatoes are always at least 50% sour cream. 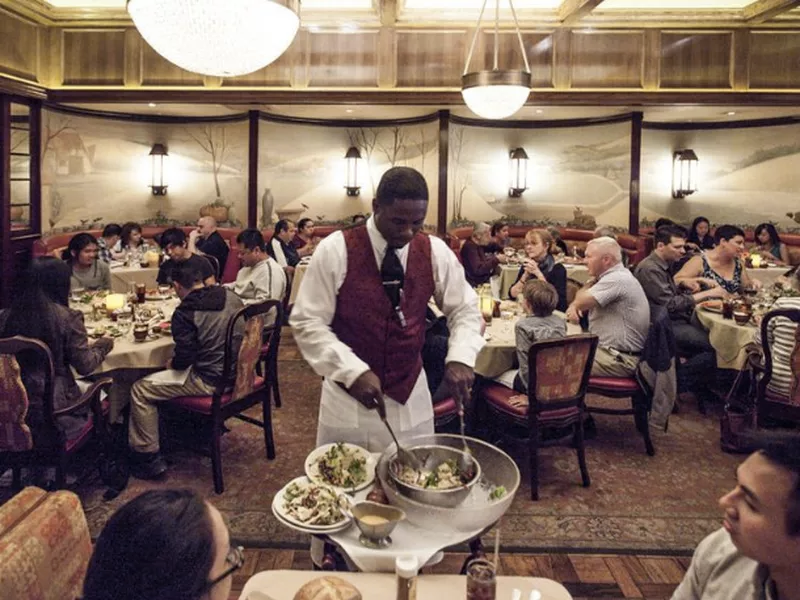 A setting in The Maltese Falcon and a favorite for politicos, this wood-paneled spot will transport you to an earlier era. Order up some petrale sole, chicken Jerusalem, or the Sam Spade special (chops, baked potato, sliced tomato) and soak it all in. 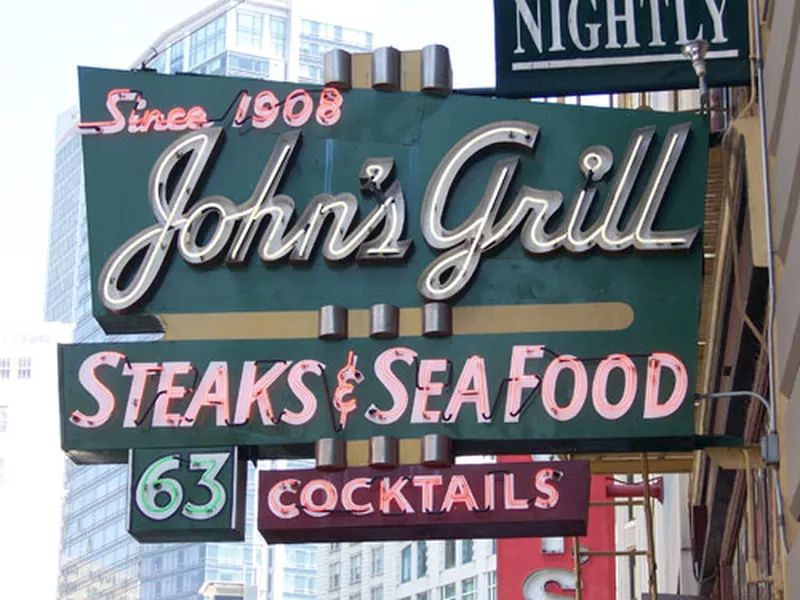 Founded in 1974 (and still boasting the same owners), Mama’s is an Oakland breakfast icon, serving pancakes, omelets, and even Spam, displaying a server’s apron collection, and even inspiring a graphic novel. It’s a local favorite, and for good reason. 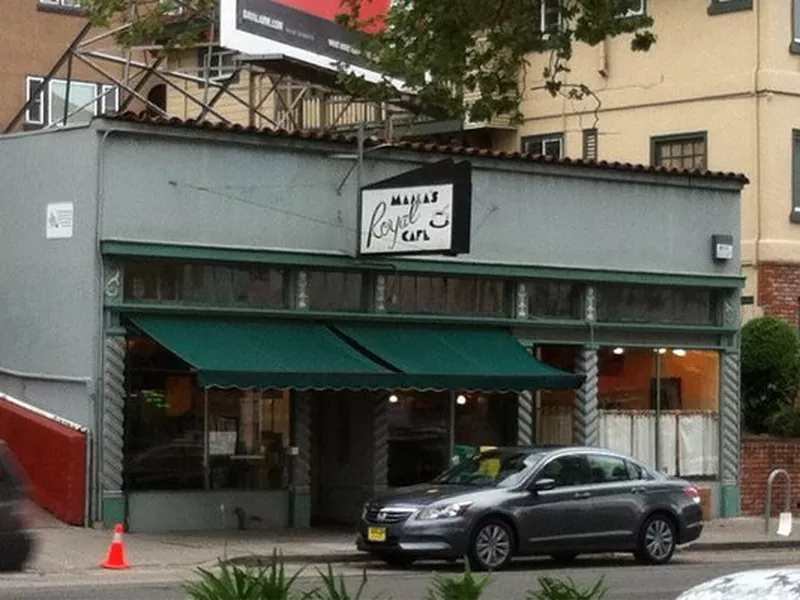 There are numerous iterations of the “Joe’s” concept across the Bay Area, but the best might be Original Joe’s, which the Duggan family moved to North Beach after the original Tenderloin location suffered a catastrophic fire. It’s the kind of place where steaks commingle with Italian-American fare, and the clientele has plenty of war stories. 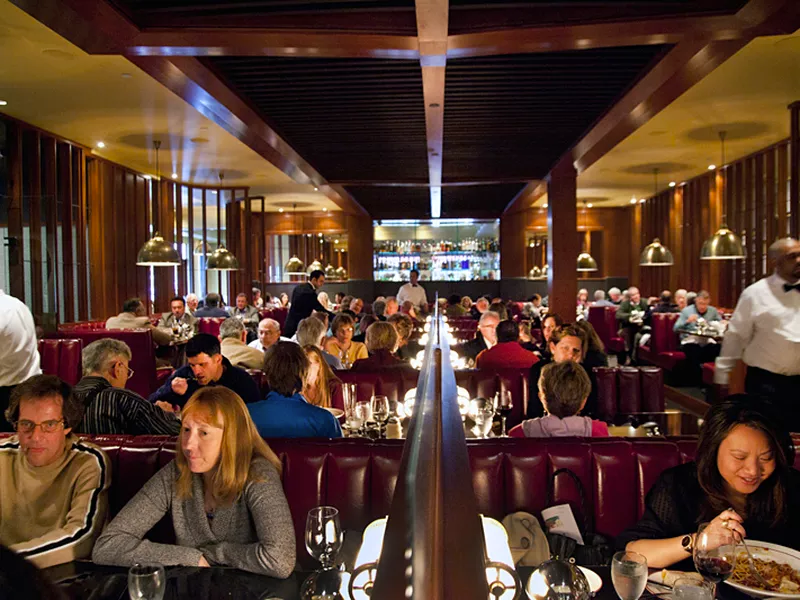 There’s nothing quite like a burger and a beer at this outdoor spot on the Embarcadero (since 1955), preferably consumed before heading over to the ballpark for a Giants game. It’s not to be confused with the similar, equally historic Java House, which is also worth a visit. 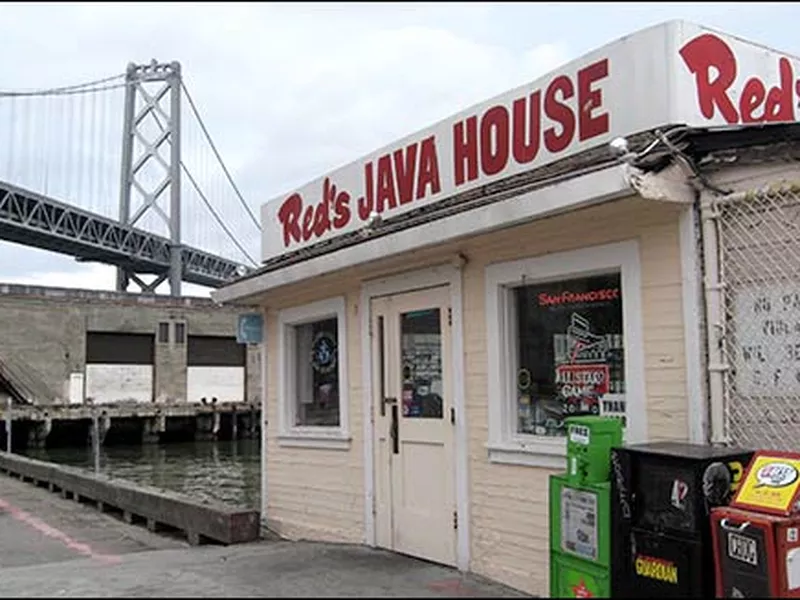 North Beach drinkers turn to this glorious dive for booze relief, with old-fashioned burgers and fries served up on paper plates for crazy-reasonable prices. Atmosphere is nil and the specter of drunk shenanigans looms large, but it’s the kind of place where those things are less important than sustenance. 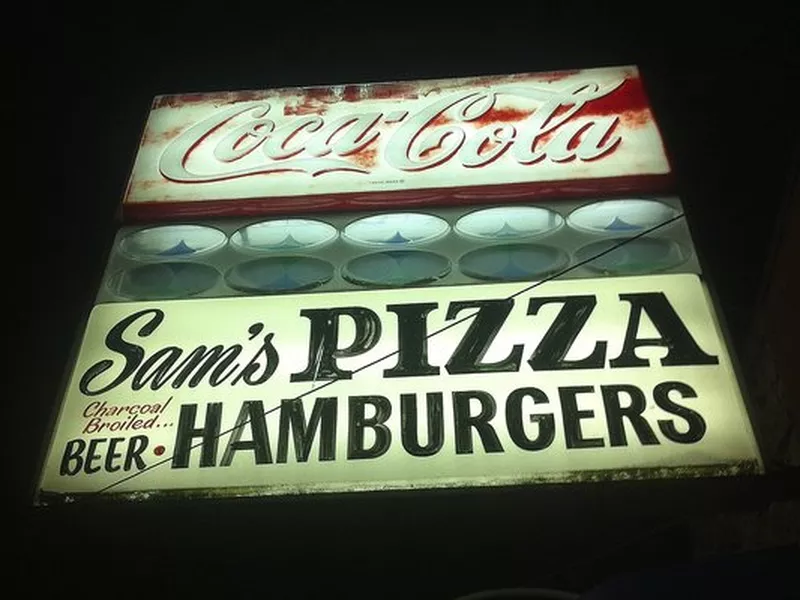 This Berkeley landmark, dating to the 1890s, is now owned by the McCormick & Schmick’s chain, and has seen a bit of a decline in recent years. But with a revamp and revival planned for its block, we’re hoping to see it come back strong. 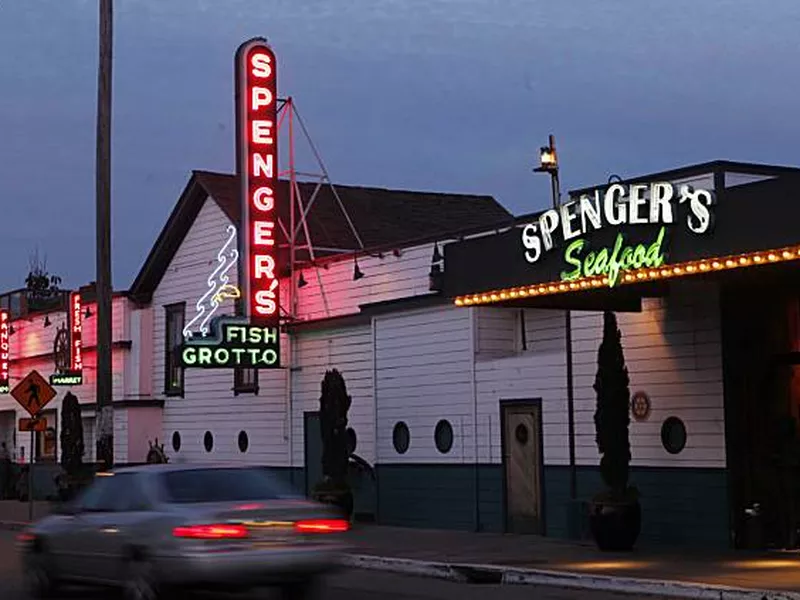 This classic soda fountain and luncheonette (since 1918) has changed with the times, now drawing a hipster clientele– you can even get vegan ice cream. But for an old-school diner breakfast complete with a milkshake, it still draws lines. Grab some candy and vintage trading cards on your way out. 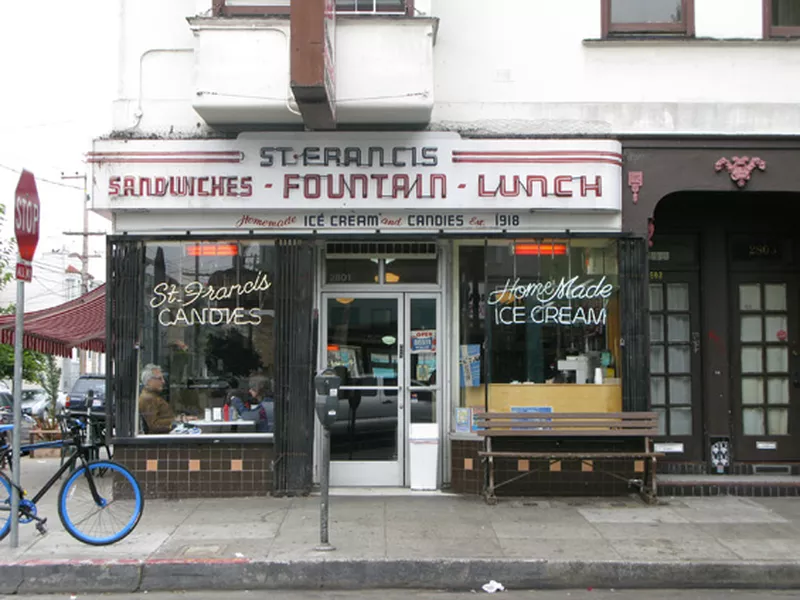 Founded in 1906 (and in its present location since 1912), this seafood counter is as delightfully old-school as it gets, with the charming characters behind the bar cracking crabs, shucking oysters, dishing out chowder, and pouring Anchor Steams for a dizzying line of tourists and locals alike. 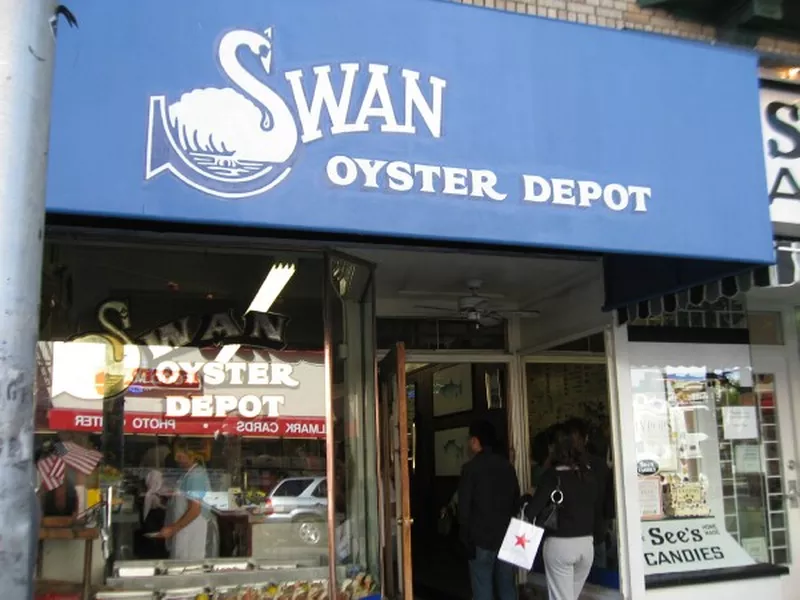 Founded in 1849, this isn’t just San Francisco’s oldest restaurant, but California’s as well, and it has the old-school atmosphere to go with that laurel. White-coated waiters, a menu boasting local classics from hangtown fry to cioppino to sand dabs, and a bumping central bar all add to the pleasure. 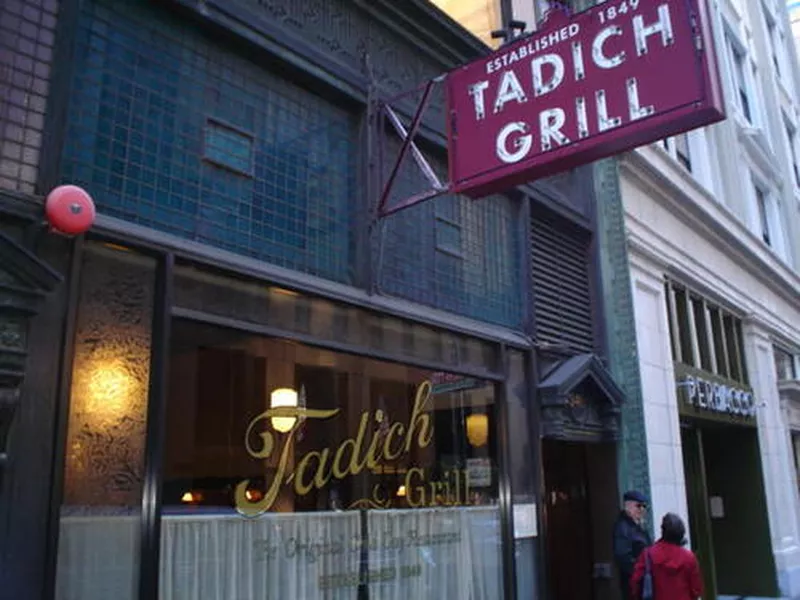 The height of faux-Polynesian kitsch, the Fairmont Hotel’s basement bar can be counted on for rum-heavy drinks served inside pineapples, pu-pu platters, and rain shows every half hour in the central pool, complete with a live band playing oldies on a floating barge. Long may it reign. 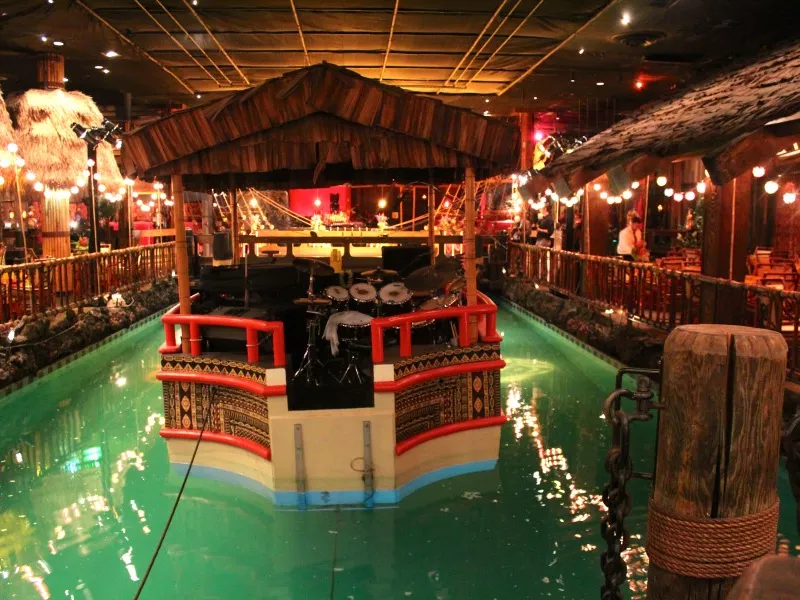 You likely owe your favorite hip pie joint to this historic basement restaurant, which boasted the West Coast’s very first wood-fired oven all the way back in 1935. These days, it’s a family-run throwback with lots of charm, and the pizzas, while not transcendent, remain very solid. 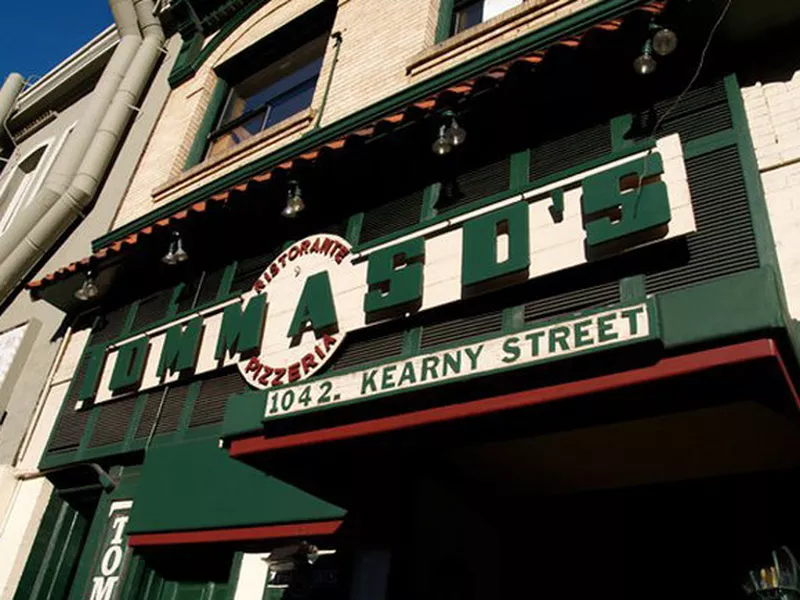 One of the Bay Area’s last remaining old-school hofbraus, Tommy’s is known for low prices, free-flowing beer, and meat aplenty. Local and organic it is not, but for rib-sticking basics, it’s hard to beat. 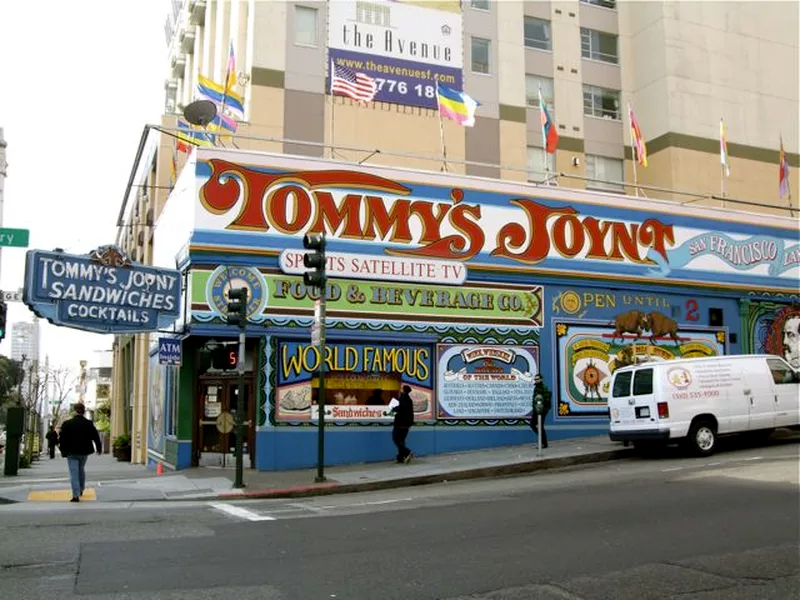 Home of the Tommy’s margarita and the city’s best tequila selection, this Richmond favorite also puts out solid Yucatecan fare. It’s still owned by the Bermejo family, who are always quick with a warm welcome.

A bar for much of its history, this clubby Italian charmer (dating to 1918) recently got a pricey facelift and a return of its kitchen, thanks to NYC power players April Bloomfield and Ken Friedman. It now serves high-end Italian fare, but the big brass steamer still turns out house “cappuccinos” (actually hot chocolate with brandy). 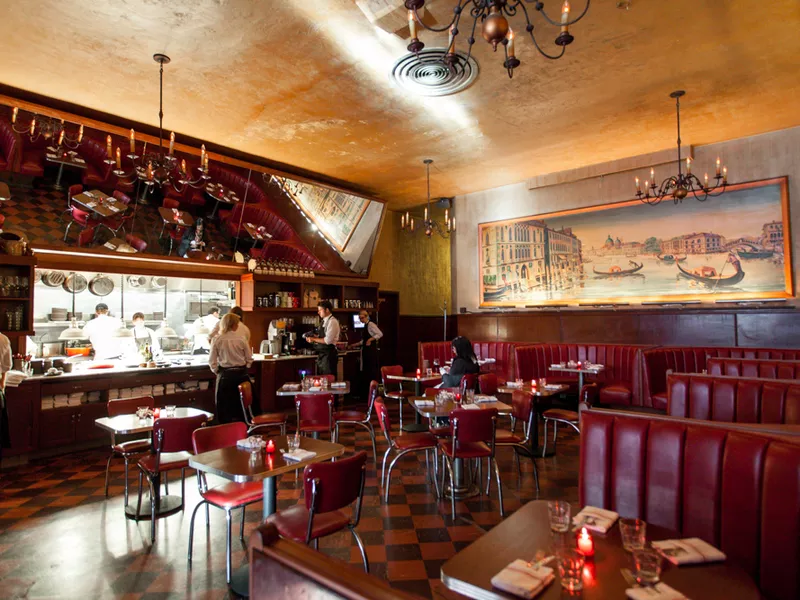 The Chan family has owned this palace of dim sum since 1958, expanding to a second location with its refined takes on pork buns, soup dumplings, and sesame balls. All these years later, you can still expect lines, but the contents of those steamer baskets are worth it. 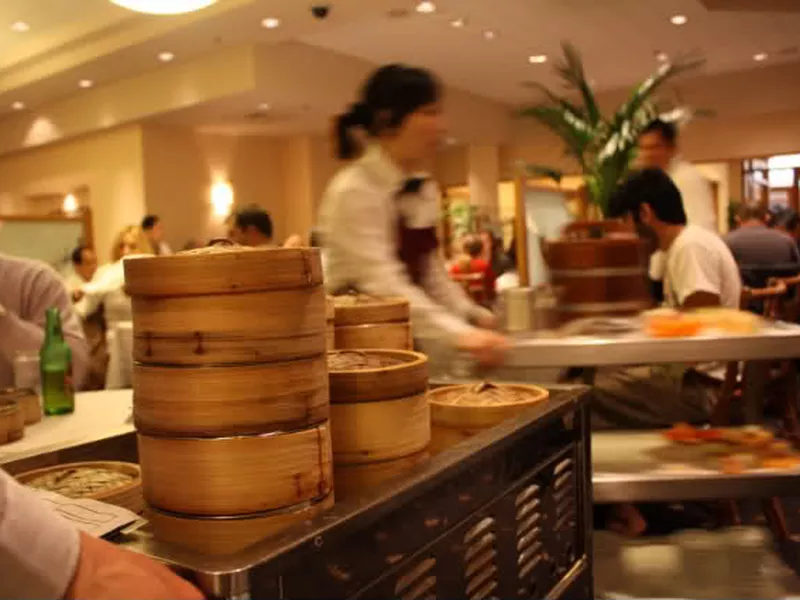 This former Southwestern restaurant (opened in 1979) became a Cal-cuisine icon under the hands of the late Judy Rodgers, who joined on in 1987 and became widely known for her burgers, Caesar salad, bloody marys, and of course, the famous roast chicken for two with bread salad. It’s still one of the city’s most beautiful and delightful rooms for whiling away an afternoon. 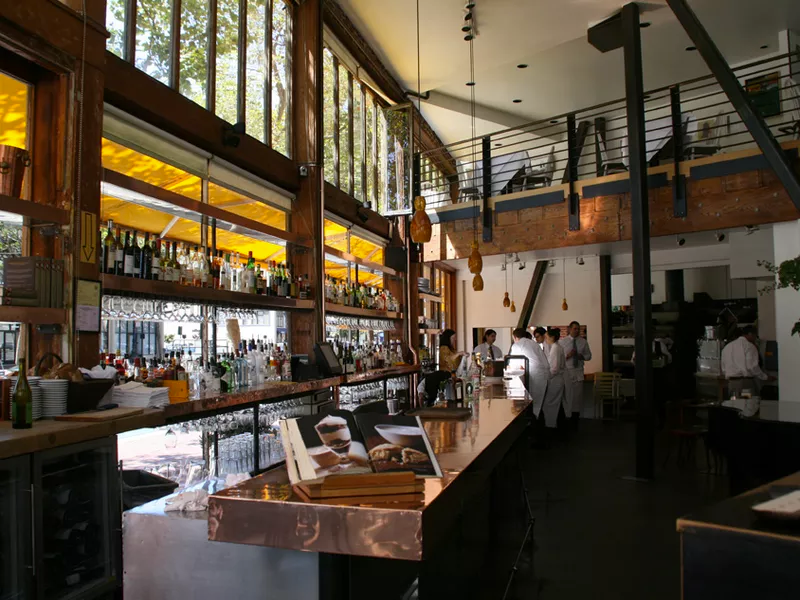