The Tenderloin may soon be the shopping destination for San Franciscans and tourists alike under the new name: “Union Square West.”

According to KPIX, JLL, a commercial real estate firm which studies the changing market, has reported that major retailers such as West Elm, Ralph Lauren, Topshop and The Container Store have all expressed interest in leaving their current Union Square location for cheaper rent.  The prime area of choice for moving their business is the Tenderloin.

Although this may appear to be good news for an area that has long been neglected, it is troubling for some business owners and residents who currently live there.

With plans in the works for Union Square West, many fear they will be forced out due to rent increases and the neighborhood will eventually lose its identity.

The new 16 square-block shopping district would be located between Mason, Sutter, Jones, and Market Street.

“A new area is taking shape, bridging the gap between the newest trade area in San Francisco, Mid-Market, with the gritty, up-and-coming Tenderloin, and it has potential to be one of the hottest retail locations in San Francisco,” JLL wrote in their press material. 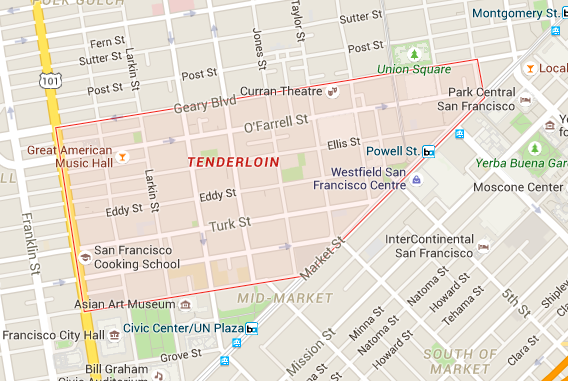