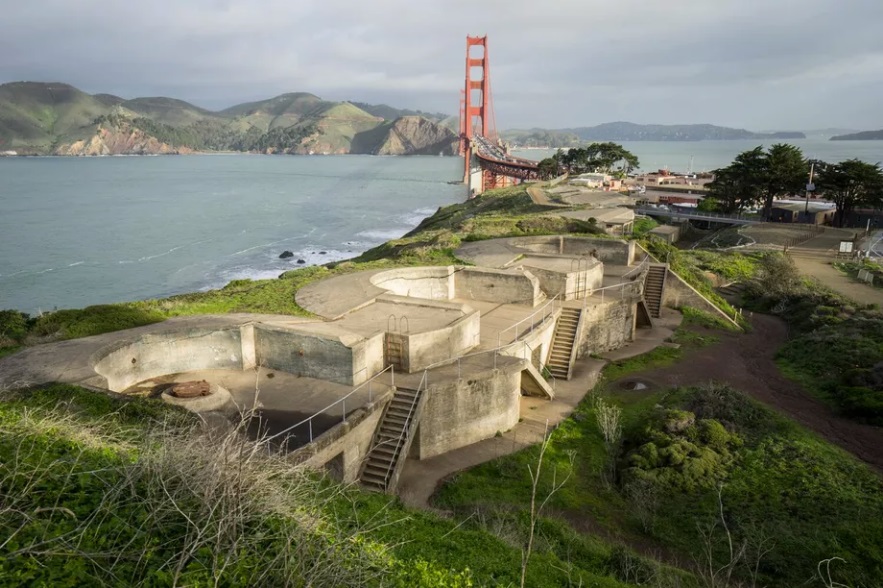 Poke around the Presidio’s Fort Scott and you’ll stumble on the old army batteries, long-abandoned, bunker-like structures where gigantic guns used to point out into the bay, ready to pump 30 rounds per minute (an impressive rate at the time, and still a bit queasy to consider today) into anything that looked sufficiently threatening.

These days, the guns and the dozens of men who manned them are long gone (much to the relief of passing sea lions), but the battery positions are still there, comprising some of the least utilized bay front property in all of the city. Enter Cheryl Haines, director of the San Francisco-based art group FOR-SITE.

Haines, as you may recall, was the brains behind the Ai Weiwei Alcatraz exhibition. With the Presidio batteries just sitting there and begging to be repurposed—and with the 100th anniversary of the National Park Service (the Presidio is actually in the hands of the Presidio Trust rather than NPS, but the two often work together on things)—the idea came along for Home Land Security, the installation-based art exhibition that will open to the public September 10. 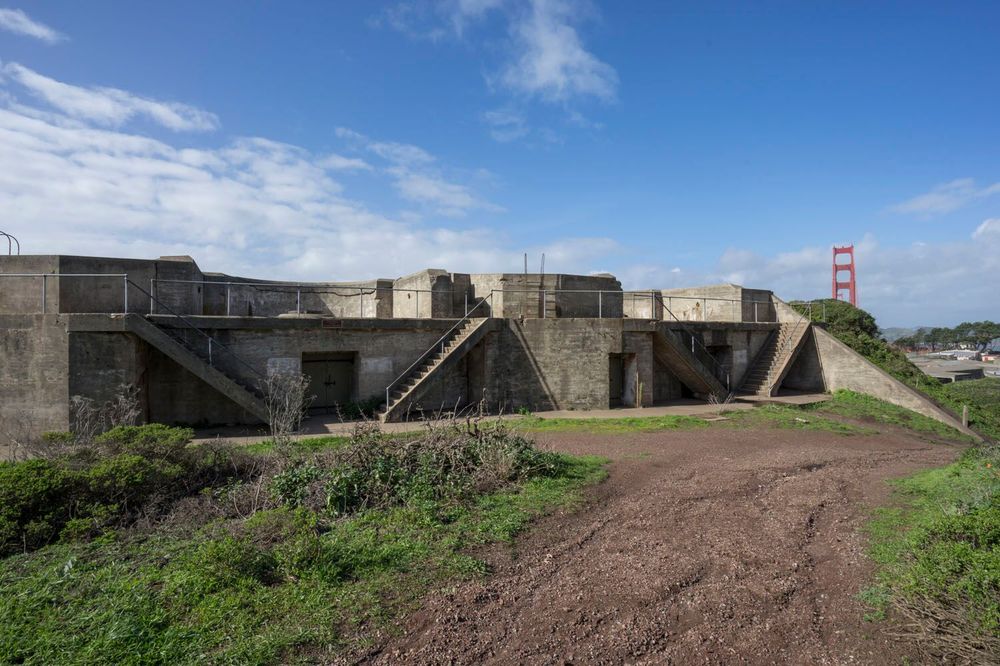 Home Land Security brings in 16 different artists from 11 different countries (Israel, China, Iran, Syria, Cuba, South Africa, Vietnam, Sweden, South Korea, the UK, and the United States) to install a piece in one of the fort’s vacant gunnery sites, ranging from sculptures to videos to live performance, each exploring themes like security, ideology, conflict, and other things that giant guns in an army fort tend to bring to mind.

“I think they were all intrigued by that idea of wartime preparation,” Dana Polk, spokesperson for the Presidio Trust, told Curbed SF. 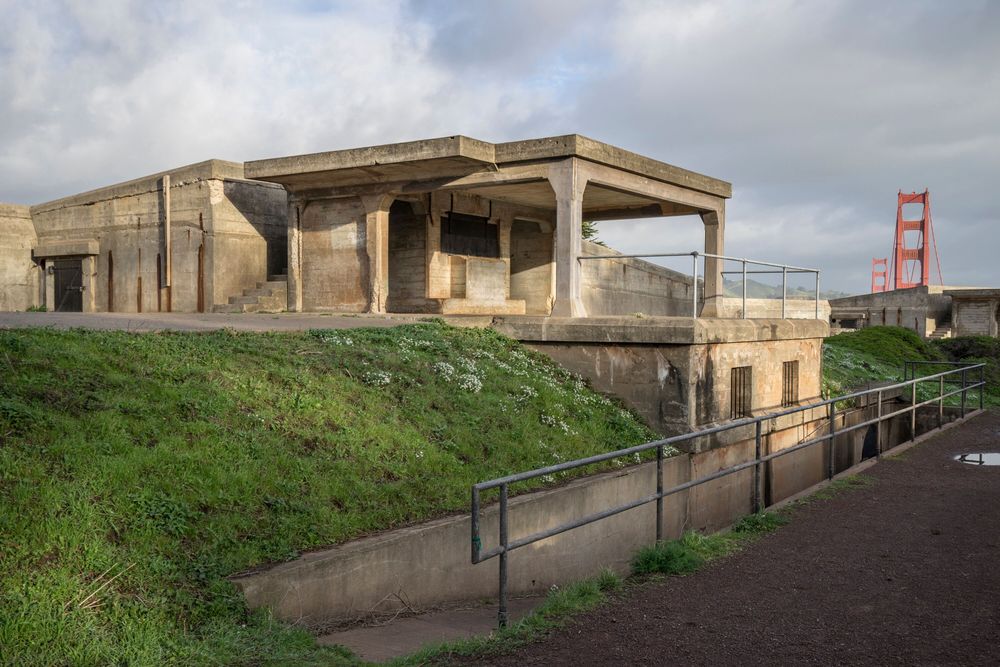 Polk notes that the Presidio’s many empty buildings and strategically prominent location make it an attractive “blank slate” for artists. The historic nature of the buildings makes installations occasionally tricky and leaves little room for permanent works on the site. But if you keep a big empty room around for long enough, someone is going to want to put art in it.

The army built the old battery positions between 1891 and 1905. Some were in use for only a dozen years or so, while others continued their brooding vigil over the bay well into the ‘40s. They still bear their old army monikers, like “Blaney,” “Dynamite,” and “Slaughter.” The was latter named for Lt. William A Slaughter, an infantryman killed in Washington state 45 years before the battery was built. (We have no idea why.) 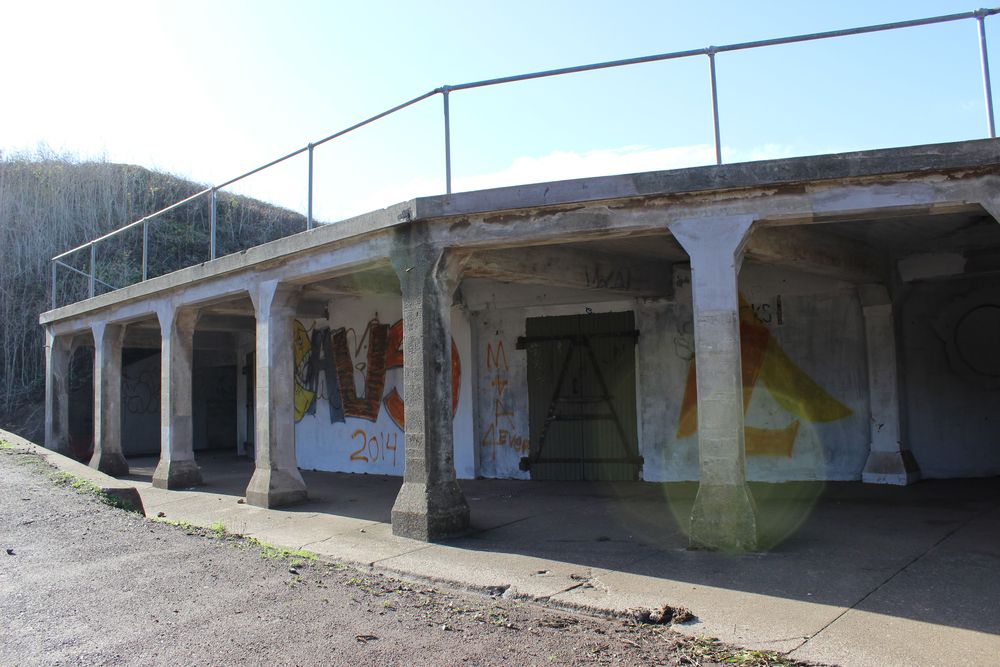 All told, it’s probably more comforting in this day and age to point art out at the Golden Gate than five-inch gun barrels. Fort Scott closed as a military outpost in 1956.