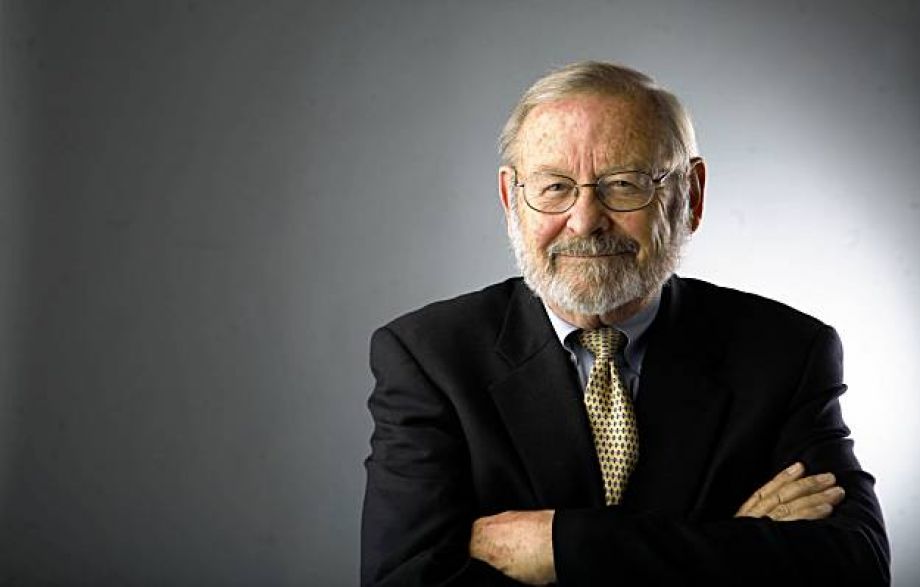 This article originally appeared on February 26, 1984.

If you have spent any time in bookstores lately, you must have noticed that there are books on San Francisco’s past, present and future; books that tell you where to eat, where to drink, where to drive, where to take a bus, where to stay, what to look at and even how to cook in the San Francisco style, whatever that is.

But no book tells you how to act like a native San Franciscan, because it is widely assumed that the breed, if it ever existed, is extinct.

Another, written by a carpetbagger named John K. Bailey, is called “The San Francisco Insider’s Guide.” It begins, “On my first visit to San Francisco, 15 years ago…”

Fifteen years ago? I know a cat who’s lived here longer than that.

A terrible thing has happened to native San Franciscans. They have become strangers in their own city. Their whole culture is in danger of being swallowed up by foreigners from New York, Ohio, New Hampshire, Denver, and other places Back East. These newcomers all assume everyone else is a newcomer.

The first thing to go is the language. Despite everything you’ve ever heard, there is a distinctive San Francisco way of talking and it is important to make note of it, for the record, before it becomes as dead as Latin. Here’s how to talk like a San Franciscan.

The first lesson – learned at birth – is never to call it Frisco or San FRANcisco. Most resident tourists have settled on something that sounds like an Anglicized version of the Spanish San Francisco, but natives run the two words together and add a couple of extra sounds, and it comes out “Sampencisco.”

It may also be called “Thecity”, which is one word. It is never called The City, which is two words and tacky.

The first test comes when a native San Franciscan is introduced to someone he does not know at a party. Sooner or later, one will ask the other where he or she is from. The correct dialogue goes like this:

At once, the two people realize they are both natives and doubtless have friends, experiences, and a whole subculture in common.

There are several keys to this small bit of conversation. First, the true native runs all the words together. He never says, “Where are you from?” because that is the way they talk Back East. When he asks where you went to school, he is really asking where you went to high school – not college, not trade school, and certainly not P.S. 178.

The correct answer is one of several San Francisco high schools. “Poly,” of course, means Polytechnic High School, which not only reveals your high school but what district of the city you came from, and other details.

If, for example, the answer is “S.I.” you know the man went to St. Ignatius High and was probably raised a Catholic and is from an upper-middle-class family.

If the person says “Mission” or “Bal” (for Balboa High) you know he is from the Mission District, and his father was probably a member of the working class, called “a workin’ man” in the San Francisco dialect.

If he went to Lowell, he may well be Jewish; if he went to Galileo, he is probably a North Beach Italian, and not a Mission District Italian.

One has to be careful, though. Some women, asked where they went to school, will respond that they “went to the madams.” A tourist will immediately leap to the conclusion that the poor woman was raised in a whorehouse, but natives understand immediately what this woman means: She attended the Convent of the Sacred Heart, conducted by a ritzy order of nuns, and is doubtless from a wealthy family. She is not necessarily a Catholic, however. Dianne Feinstein went to the madams.

The next thing to note about this conversation is that the proper response to a remark is “Yeah?” not “You don’t say so?” or “Is that right?” San Franciscans say “yeah” a lot, but it doesn’t always mean yes.

Now you are ready for your geography lesson. Oakland, Berkeley, and all those other places are “across the Bay.” The largest city in Santa Clara County is “Sannazay,” not “San Jose.” Sannazay is near Sannacruise. To get there, you have to go Down the Peninsula, past South City, Sammateo, Rewoodcity and a whole buncha other towns.

“The River” is the Russian River, and no other, but “the Lake” is Lake Tahoe only if your family was wealthy; otherwise, “the lake” is Clear Lake. “The Mountain” is Tamalpais; Mount Diablo is “Dyeaablo,” and it has no first name.

The town on the river is called “Gurneyville”, even though the correct pronunciation is Guerenville. San Franciscans know the correct pronunciation but choose not to use it. If corrected on this, a native will likely say, “If those guys up there are so smart, what’er they doin’ livin’ there? People who live in Gurneyville all year are a buncha Okies anyway.” It should be noted that being called an Okie – as in persons from Oklahoma or anywhere south is among the worst insults a San Franciscan can offer; it means a person lacks taste or sophistication.

Natives are often asked for directions, sometimes by tourists and often by pseudo-natives. A San Franciscan of course, has no idea where anything across the Bay is, but he knows all about San Francisco.

To start with, unless a street is tiny, like Saturn Street or Macrondray Lane, it is never called by its full name. You never say “Taraval Street,” for example, only “Taraval.” When you direct someone to go “out Mission,” this means he should head south on Mission Street; but this is tricky, too, since you can also go “Out Geary,” by which is meant you go west. You know, toward the beach. One never goes “in Mission,” or “in Geary.” To head in the general direction of downtown, one goes “down Mission” or “down Geary.”

It is “the beach,” too, not the seashore or the coast. The coast is Down the Peninsula, near Sharp Park. There are no beaches on the Bay, despite evidence to the contrary – only on the ocean.

San Franciscans know there are 30 numbered streets and 48 avenues; they know Arguello is First Avenue and Funston is 13th Avenue. They know that First Street is not the first street, and that Main is not the main street.

Natives do know it is always 24th (pronounced twenny fourth) and Mission, not Mission and 24th. It’s Second and Clement, not Clement and Second. The Street is not pronounced “CLEment” but “CleMENT.”

There is no need to make a distinction between Second Street and Second Avenue in this case, since San Franciscans know that Second Street and Clement do not intersect. They know several other things, too: that Alcatraz is not called The Rock, that Yerba Buena Island is called “Goat Island” or “YBI”, that French bread is not called sourdough bread and never was. The name sourdough” for honest bread was invented by advertising guys from Chicago or someplace.

They know that Italians do not eat pizza. They eat spaghetti, tagliarini, or some other stuff, mostly in North Beach, but sometimes in small places in the Mission or Daly City. Daly City is near the county line. San Francisco has no city limit.

San Franciscans call the movie theater “the show,” as in “I went to the show last week, and jeez, the guy behind me was coffin all through the pitcher. I couln’n’ hardly stant it.” “The theater” (pronounced “thee-ater”) refers to the legitimate stage.

There are San Francisco threats, too. One of the worst is to act so irresponsibly that you will be put away, as is “if you keep actin’ like that, you’ll end up in Napa,” which, of course, is the local mental hospital. This threat has lost some of its power lately, since these days half the people at Powell & Market appear to be deranged.

Another threat is the danger of being forsaken by your family and friends in your old age and sent to Laguna Honda, the city’s old folks’ home.

Television is pretty much a wasteland of standard spoken English, though there are a few bright spots. Joe DiMaggio, a native of Martinez who was raised in North Beach, sometimes appears on behalf of a product he Calls “Mista CAWfee,” and it is possible to watch the news on KPIX, because anchorman Dave McElhatton is suspected of being a native, or, on KGO, where Van Amburg holds forth. He went to State, ya know.

With any luck, you might catch Russ Coughlin, also on KGO-TV. He is a graduate of Mission High, and has the last pure San Francisco accent on the local airwaves.

As for the rest, it’s pretty hard to hear all these radio and TV types mispronounce the names we all grew up with (“I’m standing here at the Persiddio” or “at Mare Island, up by Valley-jo.” Or, as I heard last week, “He was buried on Colima.”

Most of us grew up under the delusion that everybody was a native San Franciscan. It was the largest small town in the world, and we thought it the only city that counted. Occasional tourists complimented us on the city, but we never dreamed they’d move here and take over. Everywhere else was far away, and the jet plane hadn’t been invented.

I went to high school with a guy who was a direct descendant of Francisco DeHaro, the first alcalde of Yerba Buena, and I have a friend whose great-great-grandfather walked to California from Rabbit Hash, Ky., in 1844. No big deal.

Once, after a woman bought a house in the Richmond, one of her new neighbors asked her where she was from. “I moved out here six months ago,” she said. “Oh, from the East or Midwest?” the neighbor asked. “No,” She said, “from California and Buchanan.”

Perhaps you are now thinking of fooling your friends by pretending to be a native. Don’t try. There is only one way to be a native San Franciscan. You gotta be born here.

“Anybody,” my grandfather used to say, “can be born in Oakland, or Back East. It’s an honor to be born in Sampencisco.”