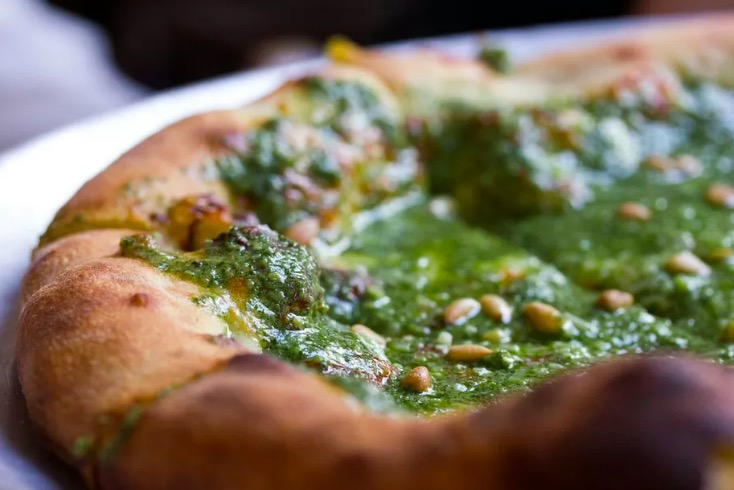 Pauline’s Pizza & Wine Bar, opened in 1985 on Valencia Street, will close after December 21. “This has been my life for 33 or 34 years, so it’s kinda weird to leave, but I’d like to retire,” says Pauline’s owner Sidney Weinstein.

Weinstein and her husband, Randy, who own the building that houses the restaurant at 260 Valencia Street, have sold it to a neighboring elementary and middle school, the San Francisco Friends School. Originally, the couple had hoped to sell the restaurant portion alone to a buyer who might continue to run Pauline’s — but when nothing panned out, they opted to sell the building entirely.

The coming closure leaves just a few weeks for loyal fans to swing by for pesto pizza, sundaes with homemade ice cream, and salads with ingredients from Weinstein’s farm in Calaveras County. The owner even supplies her restaurant with wine from her own organic vineyard, like a 2017 Syrah-Vionier blend, and meat like merguez sausage from her own lambs and roasted chiles.

While Weinstein is parting from Valencia Street, she won’t leave the restaurant world behind entirely. She’ll keep running her farm and supplying restaurants like Chez Panisse, Flour + Water, and Boulevard, as she has for years.

“I’ve met wonderful people [through the restaurant], the chefs and my customers and staff,” Weinstein says. “I’m hoping to help place my really wonderful staff in good jobs elsewhere.”

“We cherish the memories and community we built during our long run,” Weinstein adds in her note to customers.