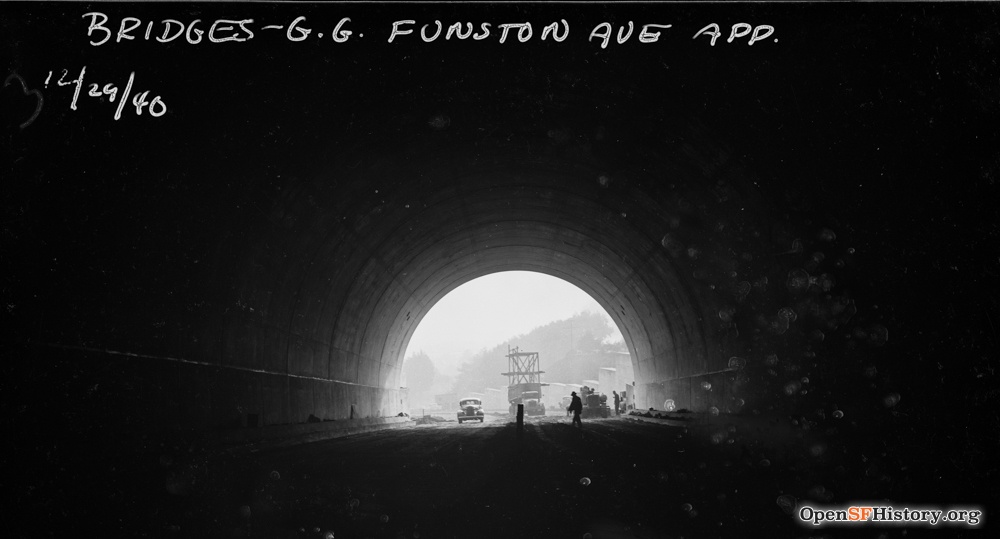 World War II was an ever-present topic in 1940s San Francisco, and contending with rations and contributing to war efforts became new daily tasks. The decade was also a time of change — more women began working in factories, and the Fillmore saw an explosive increase of African Americans from the South.

The photos below show how populous San Francisco was getting in the 1940s and depict what life was like in the city as conflict raged around the world. 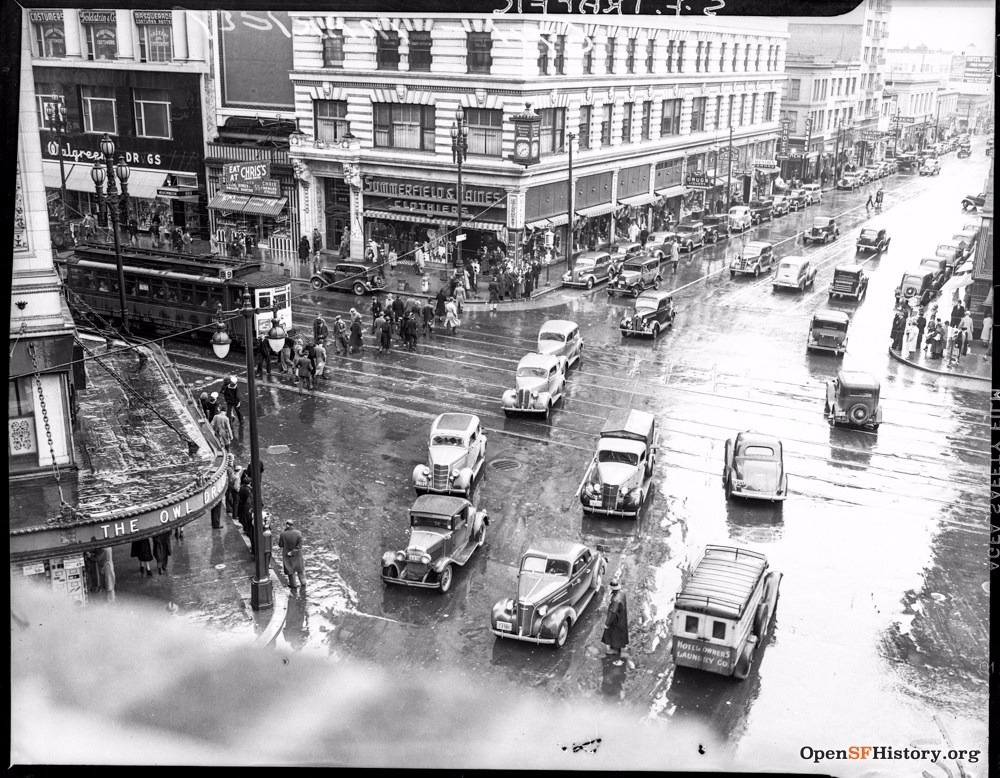 Based on the pedestrian and automobile confusion shown in the photo above, it’s clear some things never change — Market Street, currently a major thoroughfare in downtown San Francisco, was also incredibly busy in the 1940s. 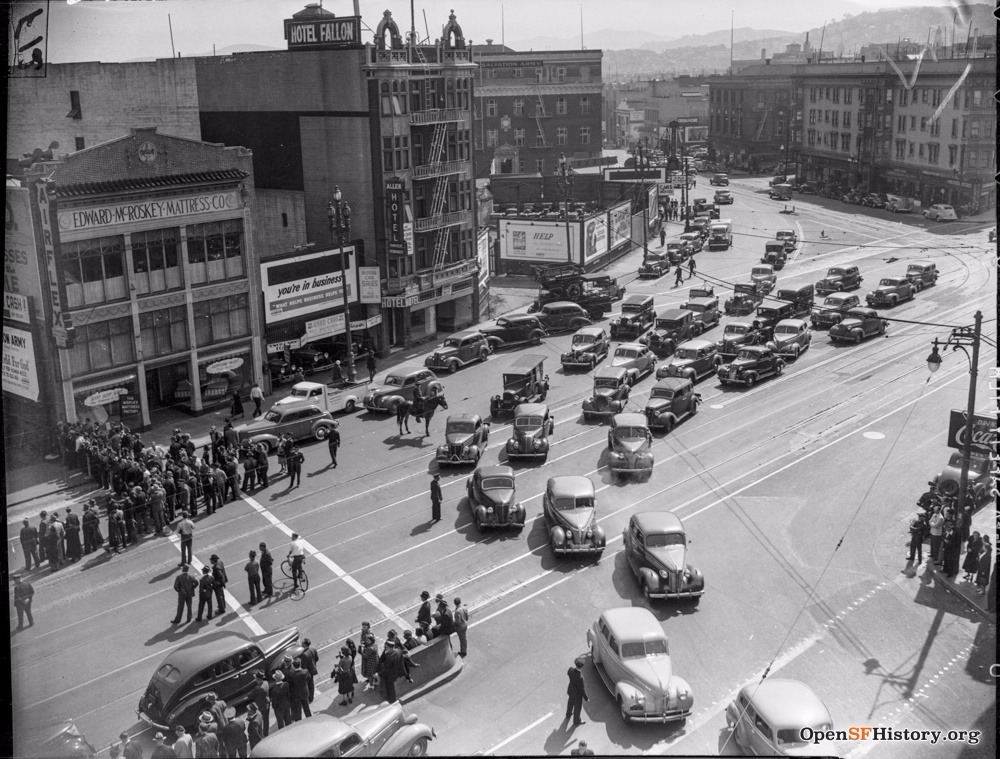 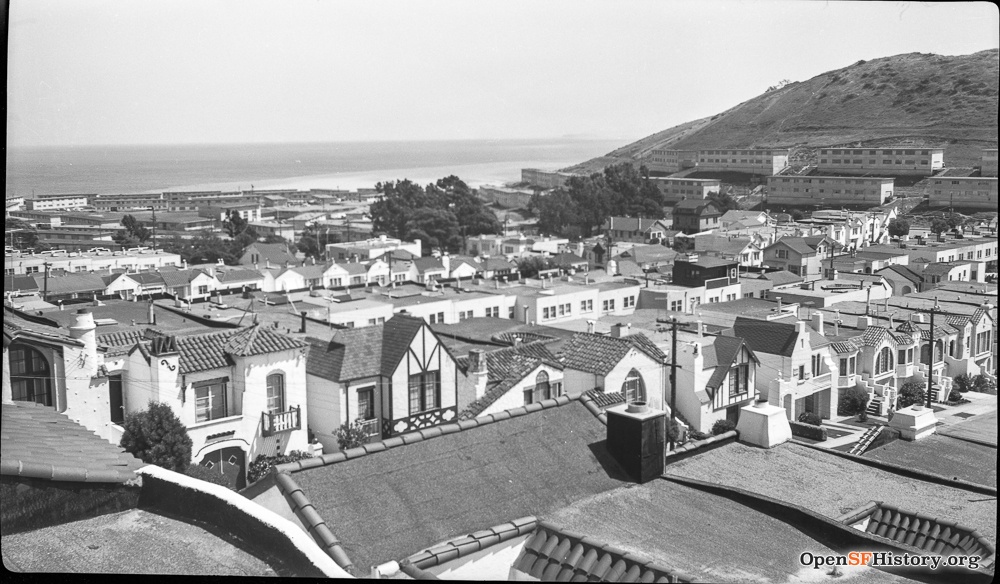 Little Hollywood, which still exists today, is a tiny San Francisco neighborhood that popped up in the 1920s and 1930s. Many of the houses there are similar in style to homes in Southern California, and that’s where the area got its name. 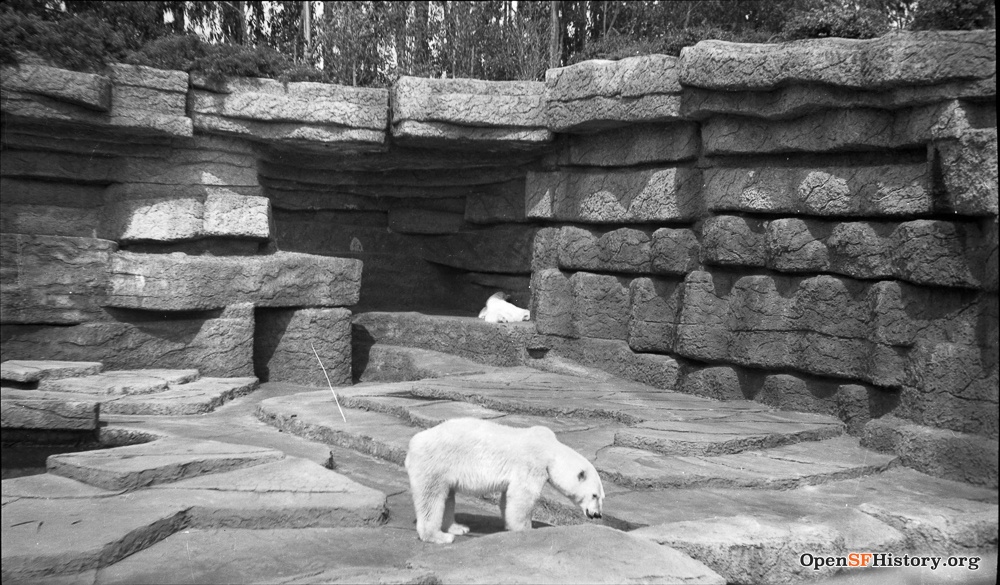 Completed in the 1940s, the MacArthur Tunnel is located in the Presidio and is a direct link between Park Presidio Boulevard and Lake Street. 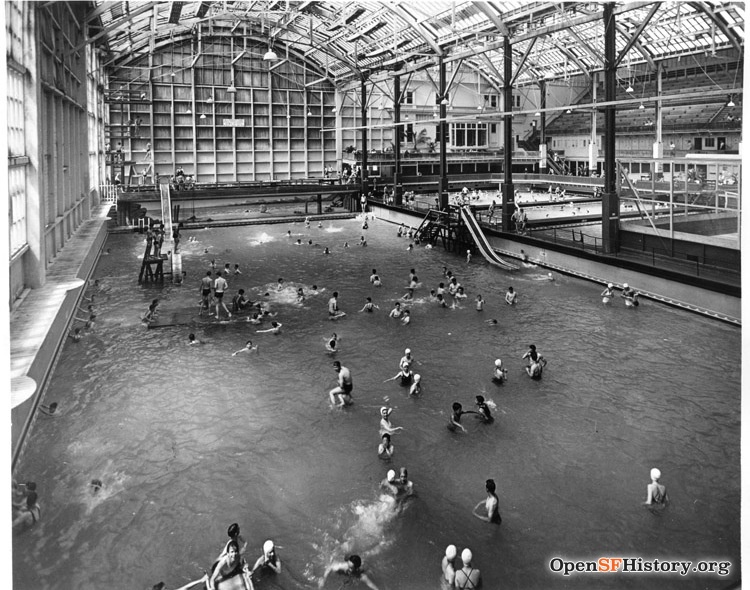 Now in ruins, the Sutro Baths used to be a privately owned saltwater bathhouse located near the Cliff House restaurant. Before the facility burned down and closed in 1966, it included an ice skating rink, a 2,700-seat amphitheater, six saltwater pools, seven slides and 30 gymnastic swinging rings. 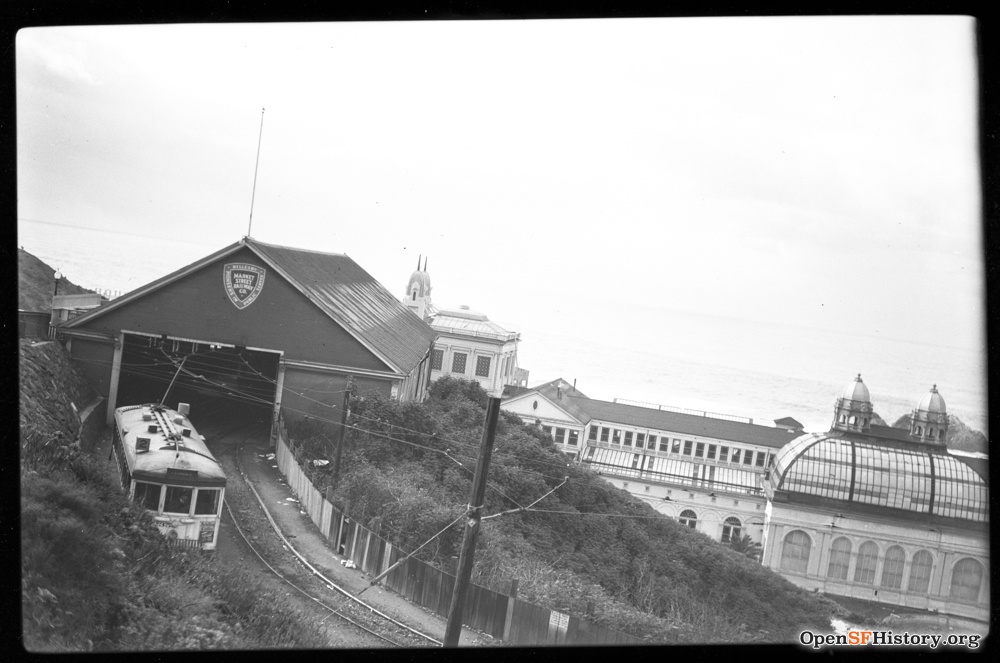 There used to be a streetcar depot curling around the coast near the former Sutro Baths location. Unfortunately for Outer Richmond residents, that mode of public transportation has been closed since 1949. 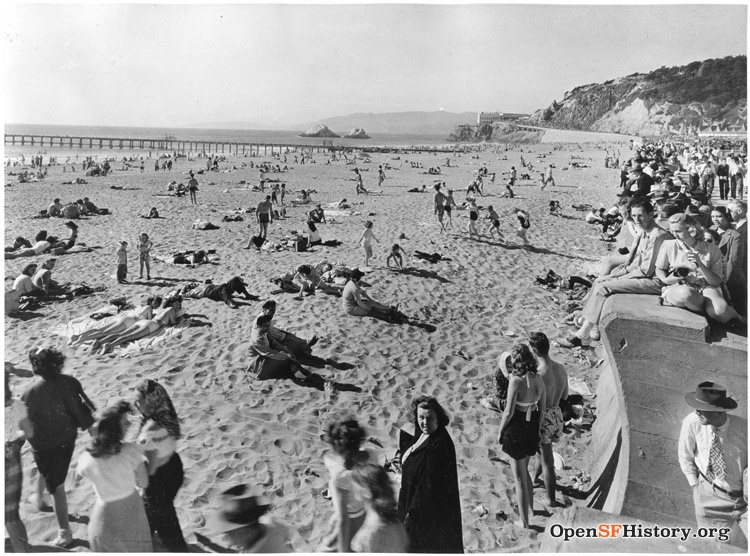 Above, sunbathers loiter on a rare sunny day at Ocean Beach. Behind the photographer would have been Playland-at-the-Beach, an amusement park that was demolished in the 1970s. The Boardwalk in Santa Cruz was modeled after the attraction. 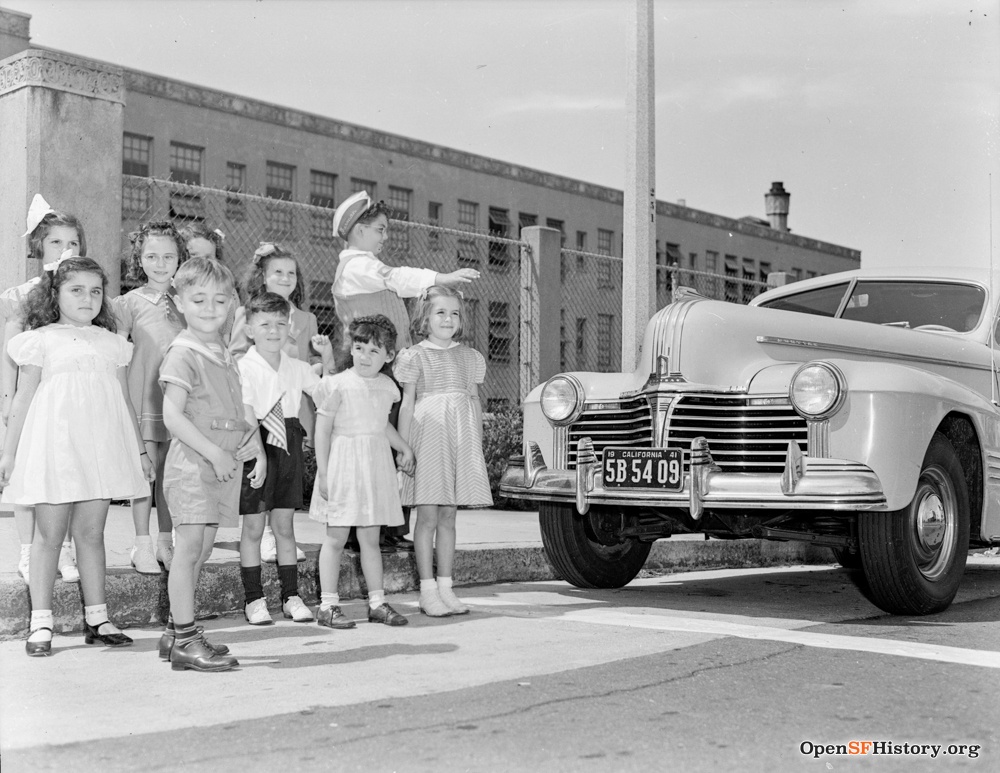 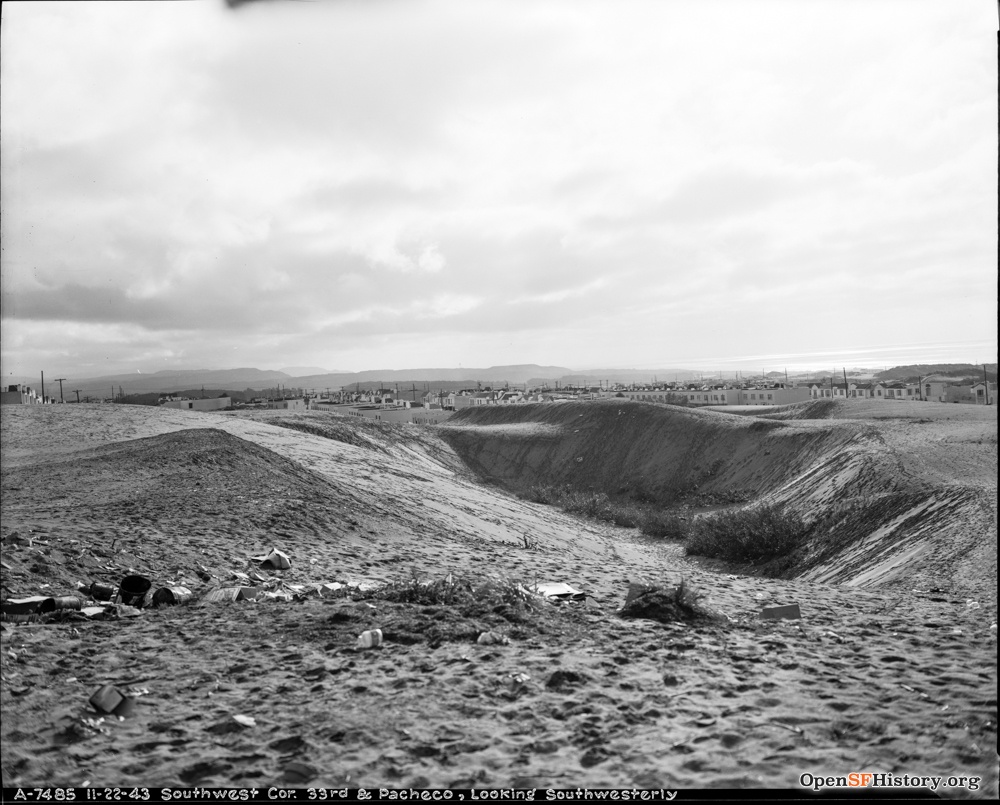 The post-World War II construction boom of the 1950s would eventually transform the Outer Sunset neighborhood into a sleepy suburb, but in the 1940s the area was still only sand dunes. 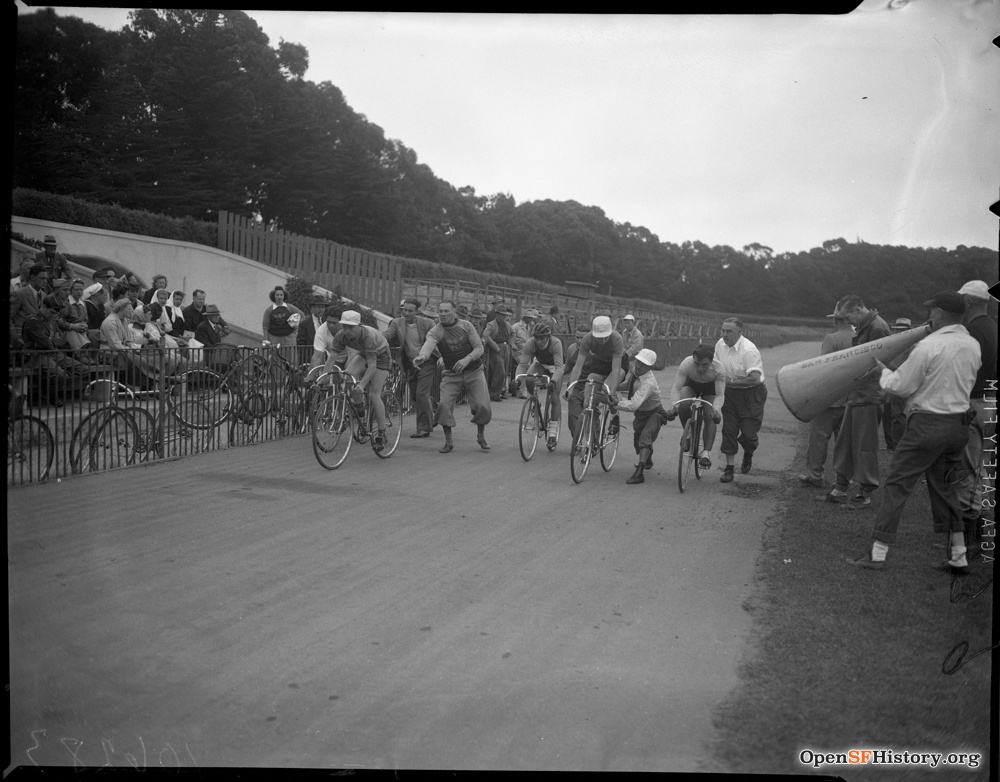 Through the 1930s and into the 1950s, the polo fields in Golden Gate Park were the spot for cycling races. Fast forward to 1967, and that same space was being used by the historical Human Be-In counterculture movement. 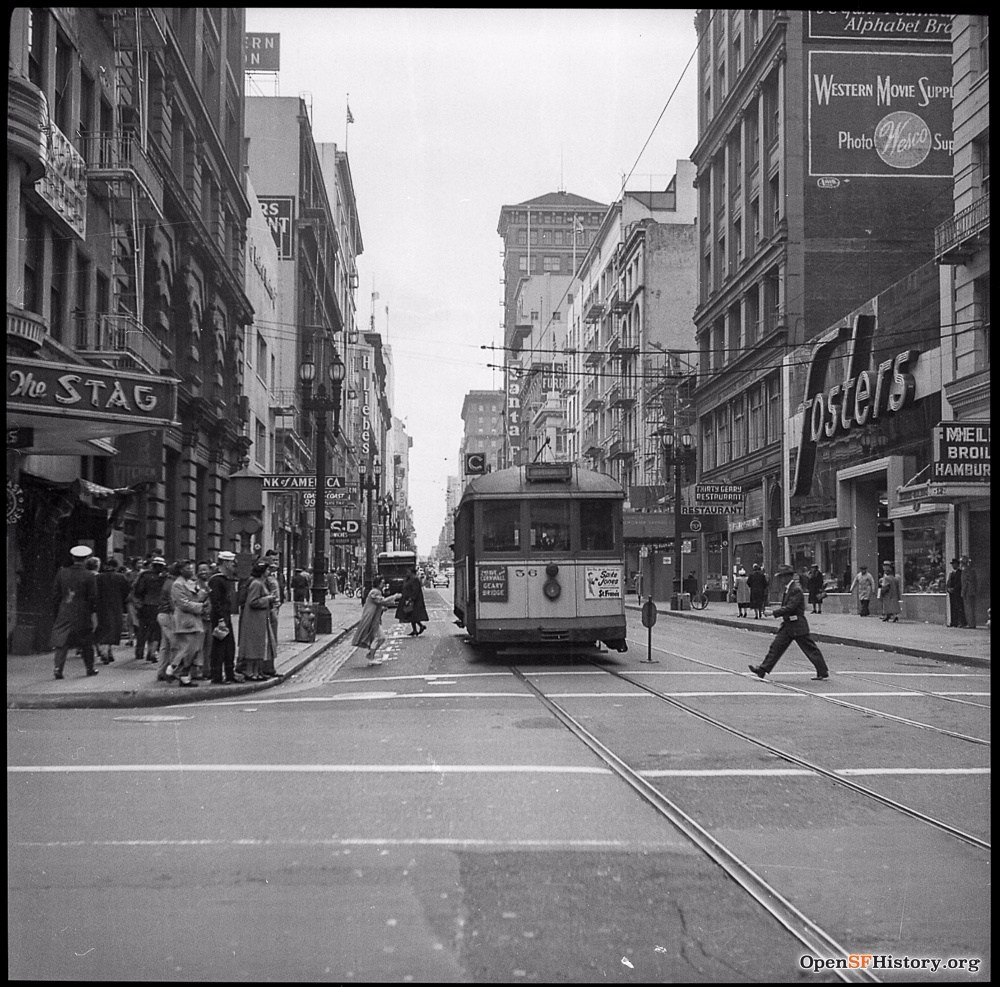 On the right in the above photo you can see a sign for Foster’s Cafeterias, once a widespread chain in San Francisco. The restaurants were famous for their sourdough English muffins. 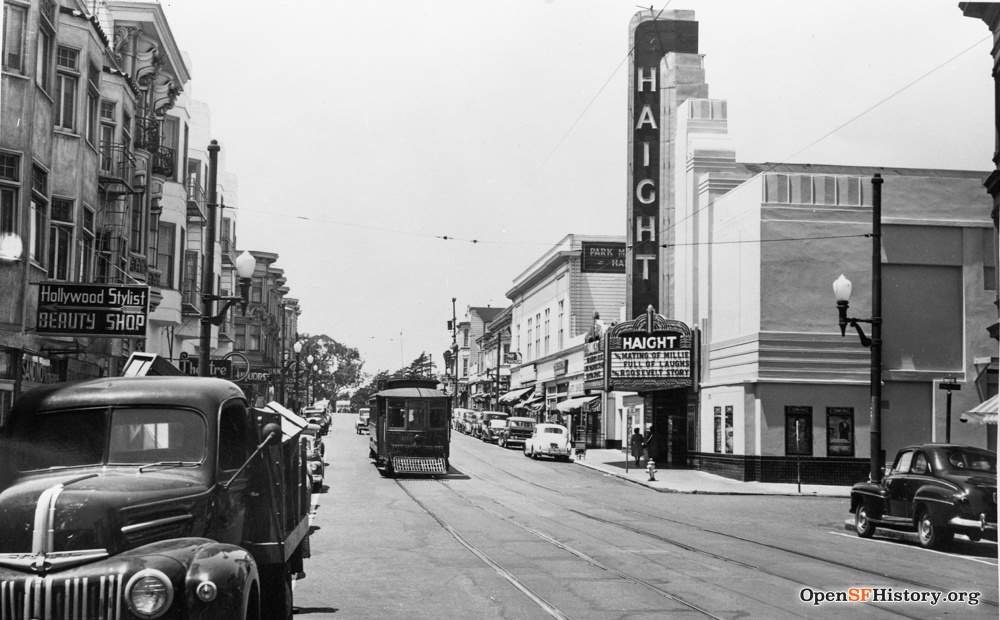 The Art Deco cinematic treasure known as the Haight Theater was built in 1910 during the first national boom of popularity for movie theaters. The Haight Orchestra would often accompany films with live music. Once the theater changed hands in 1964, the new owners transformed it into an experimental gay theater, outraging neighborhood residents.