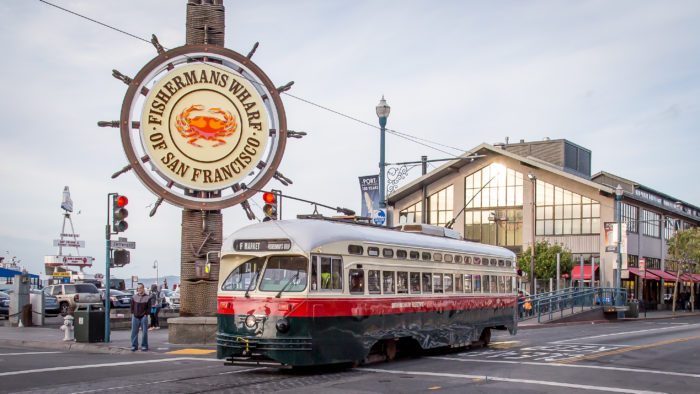 You won’t find a better or cooler way to get around San Francisco than this traditional ride in the heart of the city. Head on over to the Embarcadero and hop on the F line streetcar. Now, you may be wondering what the difference is between a streetcar and a cable car. If it runs on steel rails with a trolley pole connected to an overhead wire above, it’s a streetcar or trolley. If it runs on steel rails with an open slot between them, and no overhead wires, it’s a cable car.

That said, we think the F Line streetcar offers the most magical ride in the city as it offers spectacular views of the bay, Coit tower, Fisherman’s Wharf, and more. Visit The San Francisco F Line Streetcar site for more information. 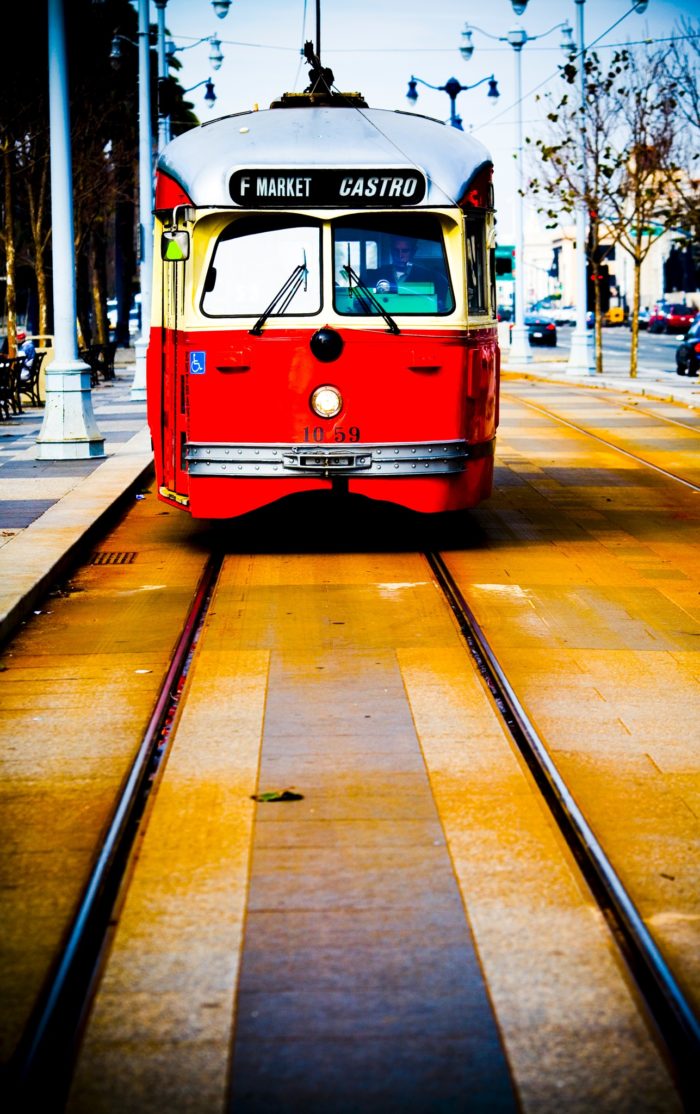 The The F-Market & Wharves historic streetcar line and the city’s three cable car lines are owned and operated by the San Francisco Municipal Railway. 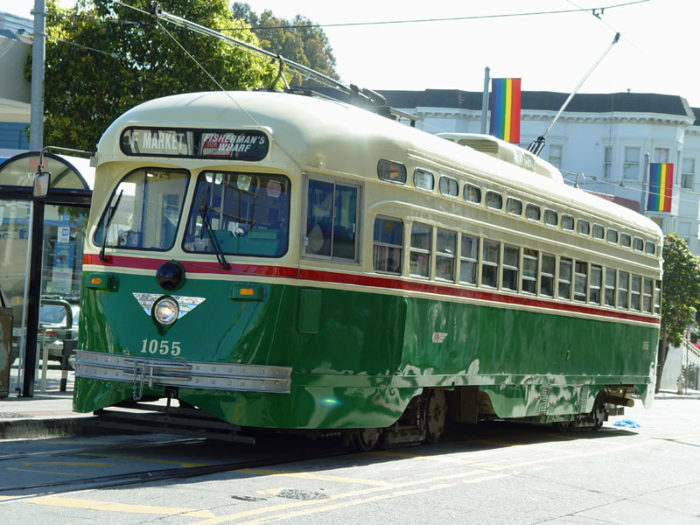 The F-line is open 365 days a year from before 6:00 a.m. until after 1 a.m. Streetcars are scheduled to run at least every 15 minutes and as frequently as every six minutes during daylight hours. 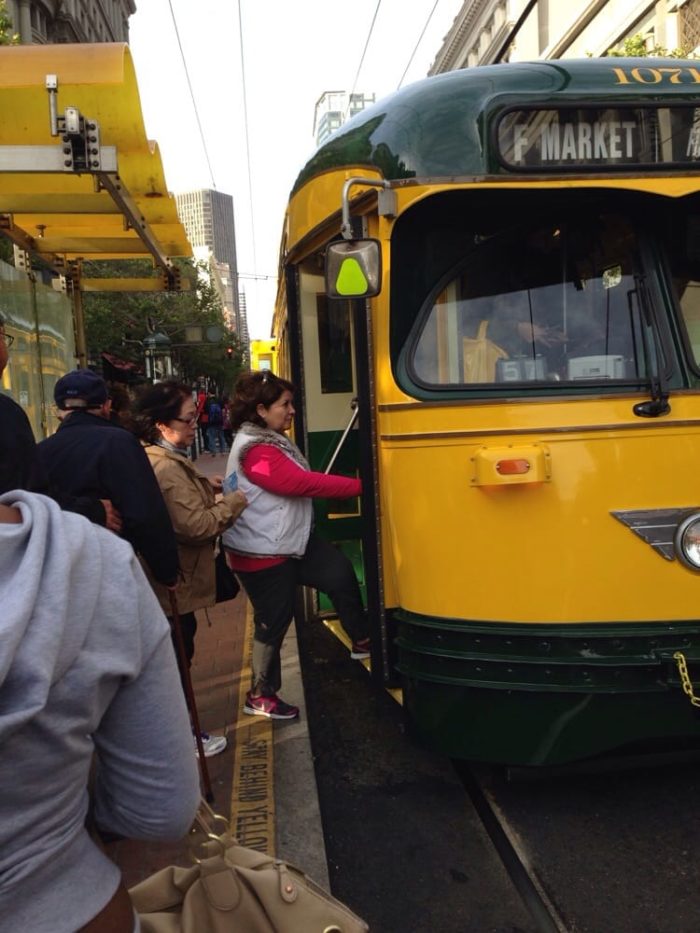 Start your journey at the western terminal in the Castro district down Market street to the Embarcadero ending at Fishermans Wharf. The F line runs for five miles. 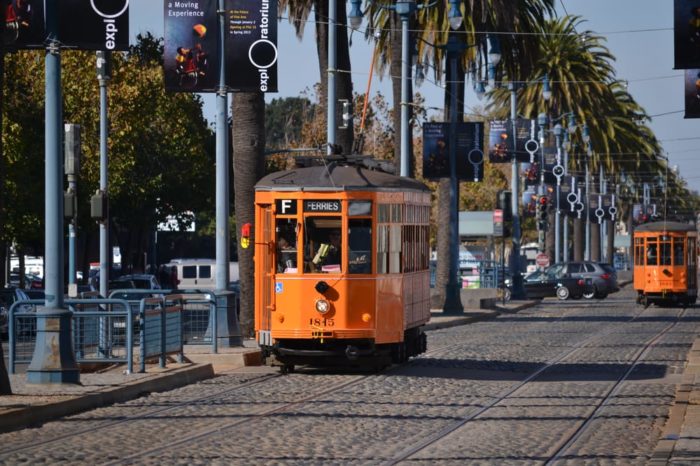 Each streetcar is a different model. For example, you can find yourself on a streetcar that originally ran in Milan, Porto, Blackpool, Melbourne or Zurich!

Sit back and enjoy! 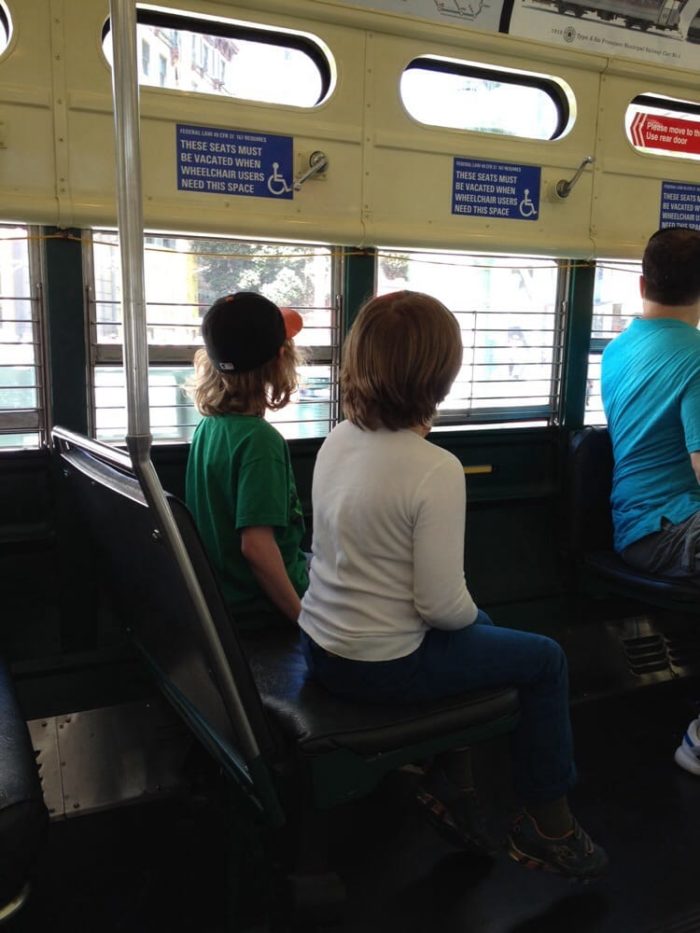 When you ride the street you experience a historical form of transportation that is actually regularly used by locals.

In general, the F Line Streetcar is an overlooked and historic attraction in San Francisco. Cable cars highly overshadowed the streetcars, so the streetcars are not crowded. It also means you can ride for a much cheaper amount. Enjoy!

Take a look at this video on YouTube by Kevin Mueller on A Ride On Streetcar 578 in San Francisco: