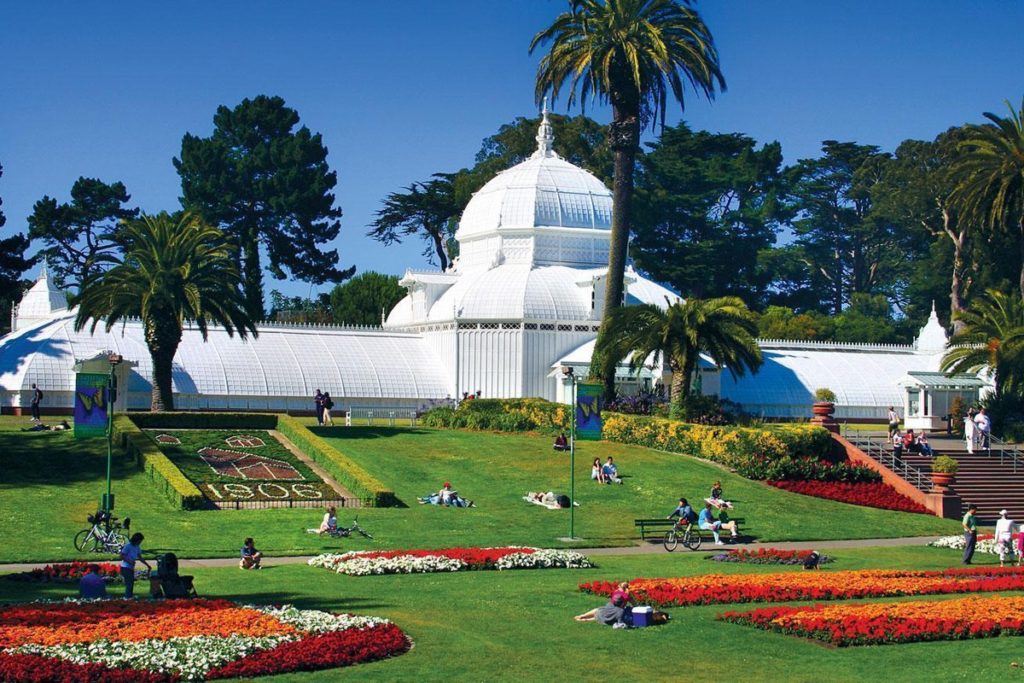 Anyone who was ever dumped by their parents at summer camp will instinctively roll their eyes at the words “scavenger hunt.” The dull checklist can be a time killer, designed to keep kids occupied with objectives such as “collect a pinecone” or “find out who Matt the lifeguard likes.”

I’m here to tell you that contrary to childhood experience, scavenger hunting can be awesome as an adult; it’s good exercise, it’s free, and if done right, it leaves you with that sense of accomplishment so often lacking in other areas of life. Plus, if you live near some place interesting like Golden Gate Park, it’s an engaging way to dig up some hidden history. That’s the goal with this list, so grab some friends and hunt Golden Gate Park’s eight oddest treasures.

Note: The hunt moves west to east. The order provides a hint about where each item is. Each item is worth 1-10 points for a total of 45. Oh, and turn off Google Maps; I won’t know if you cheat, but your conscience will. 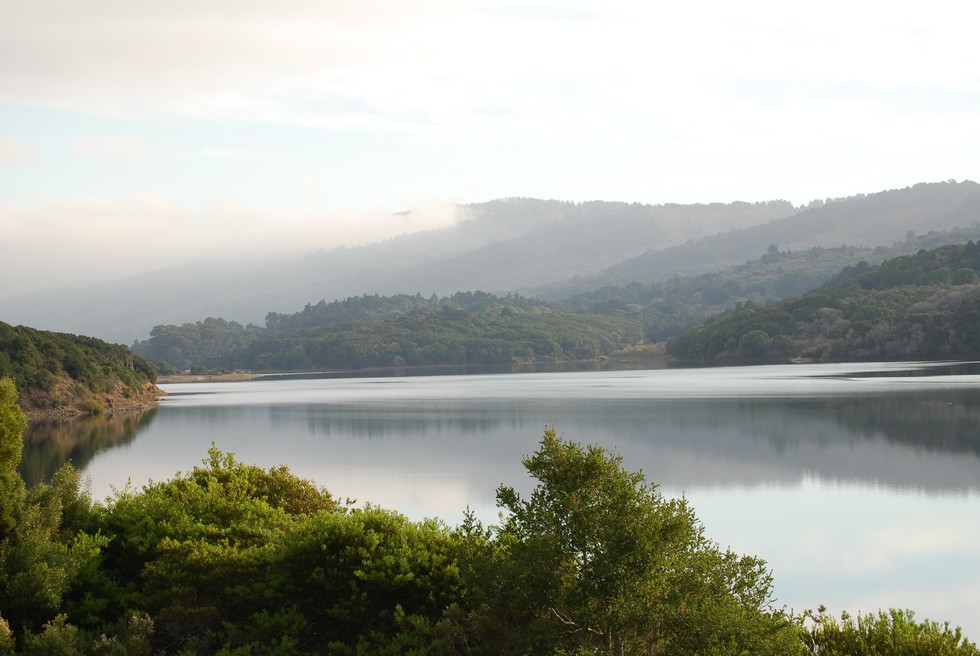 The mural that covers the lobby walls of the Beach Chalet restaurant depicts an early 20th-century San Francisco landscape populated with old-timey folks doing hokey stuff such as shucking crabs, making newspaper hats, and reading. But lurking among the unsuspecting five-fingered citizens of the good city is a hidden six-fingered man. Can you spot him?

History: The fresco was painted during 1936-1937 by local artist Lucien Labaudt. Many of those depicted are Lucien’s family and colleagues, though it remains unknown whether Lucien actually knew a six-fingered man or just goofed.

Bonus Point: Grab a drink at the Chalet; they make great cocktails and brew their own beers. Hell, let’s say one bonus point per drink. 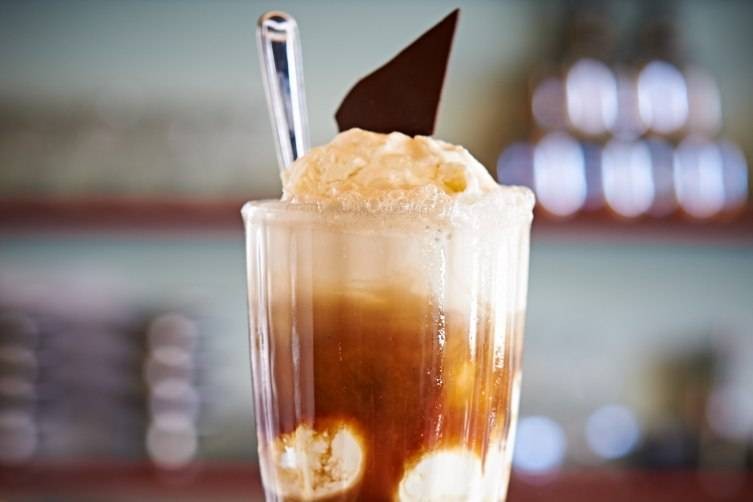 2. Get a lesson at the Fly Casting Pools (Just 1 point—it’s on the friggin’ map):

There are no fish in the sloping cement pools at the Angler’s Club, but there are many, many grandpas: black grandpas, white grandpas, Asian grandpas, grandpas in groups, lonely grandpas, and grandpas smoking spliffs at the picnic table. But these grandpas share a love of fly casting and are happy to teach their tricks to inquiring minds.

History: It was at these pools that the park’s founding father, William Hammond Hall, challenged the corrupt Sheriff Stanton Sternbrow to a cast-off competition for control of the parkland. Hall actually cast his hook into Sternbrow’s undergarments and reeled them up over his head, giving him a humiliating wedgie in front of his deputies.

No, I can’t prove this happened, but can anyone prove it didn’t happen? Anyway, it’s a better story than the fly casting club just wanting a place to practice.

A colonial revival-era portico sits on the far side of a small lake. Its six marble pillars and Roman-brick steps are an entryway to nowhere.

History: The worst part of any vacation is the first day back; no one understood that better than the widow A.N. Towne, who returned from holiday in Spring 1906 to find her Nob Hill manor—and the whole damn city—destroyed by earthquake and fire. All that remained was the home’s marble portico, now an empty mount overlooking San Francisco. Arnold Genthe used this entryway to frame his iconic photo of the ruined city, which in turn inspired the poem “A Portal of the Past.” Mrs. Towne, recognizing the portico’s cultural significance, donated it to the park.

The Lorax’s worst nightmare made real: someone—or something—chopped down more than 100 trees and used the stumps to arrange walking paths through this garden at the edge of a Stow Lake hilltop picnic area. Play the world’s easiest game of lava monster, only stepping on stumps.

History: Here’s a wild theory with zero evidence: it’s the dumping site of the arboreal serial killer who terrorized park trees in 2013.

Several minutes west of the Japanese tea garden, at the bottom of a valley, in the middle of a grove with a woodchip path, at the end of a log, is a circular door no bigger than a tea plate. Pull on its little door knob and its hinges swing open, revealing a hollow filled with letters asking questions and making wishes. Leave a letter of your own. “Faery” thoughtfully answers each letter on his magical fairy website.

History: The “faery doors” were first discovered three years ago and though their mysterious origin has since been revealed—and has even become the subject of a children’s book—I still choose to believe they were originally built by an elf of the Keebler Corporation to stash embezzled cookies.

Elders always complain that youth don’t honor the sacrifices of their forebears; Gold Star Mothers Rock memorial is damning evidence to the contrary. The Half Dome-esque boulder is inscribed with the names of 761 locals who fell in WWI, but sits in an overgrown redwood grove across the street from the de Young Museum, hidden and largely forgotten.

History: The monument was once intended to be displayed downtown at the War Memorial Opera House, but in 1932 was instead tucked away in the woods.

7. Use your imagination at the Druid Circle (5 points):

Look, it’s no Stonehenge. The peculiar arrangement of stones—found just off a path leading away from the Academy of Sciences—hardly makes a decent campfire circle.

History: During the 1920s, newspaper magnate and 0.1-percenter William Randolph Hearst decided he needed another castle. And what a lark it would be, Hearst thought, if he demolished a medieval stone monastery and used the remains to build his new estate. Sadly, like so many, Hearst had to make hard decisions during the Depression and chose to forego his second palace. The sacred stones were dumped in Golden Gate Park where they would later be reclaimed by local druids. This marks one of the only known instances of simple folks benefitting from the wild schemes of the rich and powerful.

The flock of cherry-headed conures living in Golden Gate Park is difficult to spot—they stay high in the canopy and disappear before you can raise your camera. Your best bet? Listen for their uncanny squawk, which sounds like the mating call of a squeegee.

History: The migration of wild parrots to the city is thought to be the result of an exotic pet escape. WatchThe Wild Parrots of Telegraph Hill, a documentary following a lovable weirdo and these wild birds