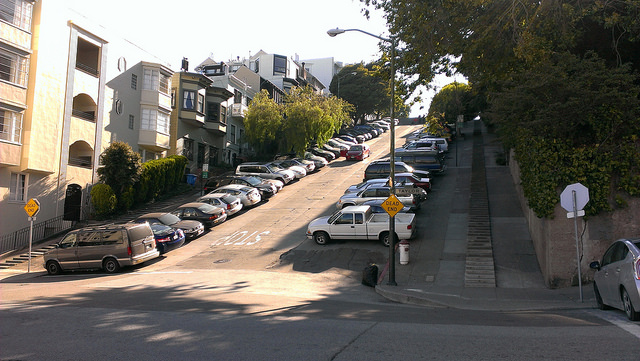 “What are the steepest streets in San Francisco?” is a question you’ve likely been asked a million times by everyone from random tourists in Fisherman’s Wharf to your own mother.

And if you’ve dutifully gone to Google to research that question, then you’ll likely find the SF Bureau of Engineering’s outdated list from the last century.

But don’t be deceived! You’ll notice that there are some seemingly very steep streets that are obviously missing from this list. What about Kearny Street just above Broadway, for instance?

We joined forced with Stephen Von Worley, who combined the National Elevation Dataset’s data with an Open Street Maps grid, to come up with the real list of San Francisco’s steepest streets. You’re welcome.

The Real List of the Steepest Streets in San Francisco: