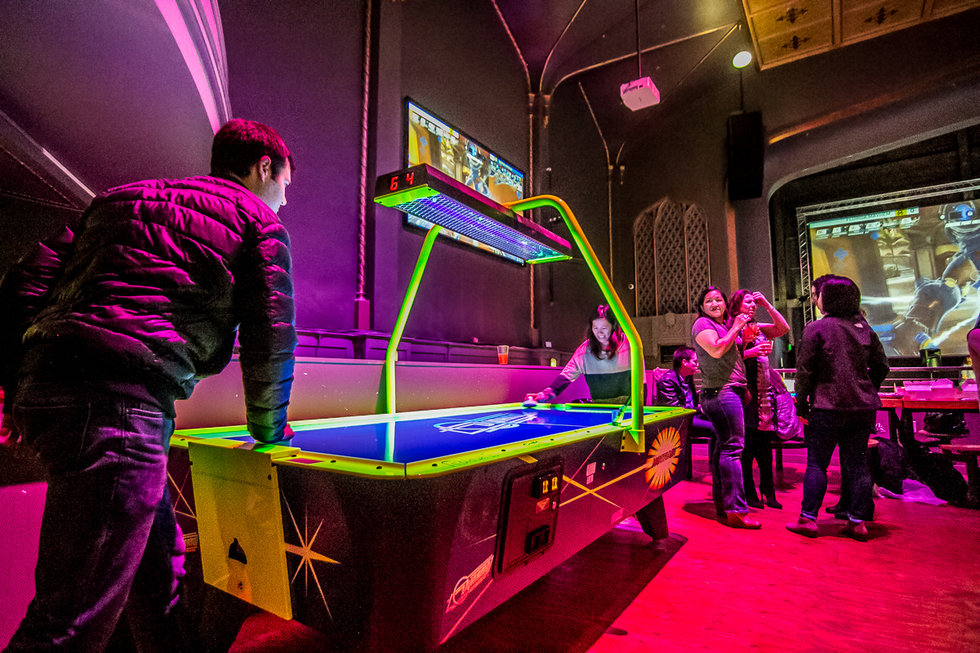 If in the holiday hustle and bustle and then thanks to your total dedication to your New Year’s resolutions, you somehow missed the news that a gigantic arcade and bar has opened on Divisadero, it’s OK—we’re here for you.

Here to cement the city’s booze-meets-games trend—on the heels of favorites including Urban Putt, Brewcade, Coin Op and Spin—the 12,000-square-foot Emporium Arcade Bar, which “soft” opened in December 2017, is housed in the historic Harding Theater, a 1926 movie theater that has also served as a concert hall (the Dead played here in 1971) and church (from the mid-’70s to 2004). Today the venue has been lovingly restored with the help of the Emporium’s Chicago-based partners and brothers Danny Marks and Doug Marks, who operate multiple locations in the Windy City.

While much of the old theater’s design has been preserved, Emporium has all the trappings of a modern hangout. The balcony now provides seating and bars that overlook the gaming action as well as the original stage, which is open for DJs, live music, movie screenings and events (Emporium will be open for private parties). New psychedelic lighting and art by fnnch give it that ’70s vibe (if you haven’t guessed already, Emporium was named for the pool hall in Dazed and Confused), while local craft beer and cocktails—whiskey lovers will find more than 50 varietals—stay thoroughly modern. (Food is strictly BYO, or you can have snacks delivered. Hello, Caviar?)

But the real draw is the 50-plus classic arcade games (school you at pinball!), billiards, air hockey, skeeball, and foosball. And there’s more to come as the crew adds new games and upgrades in celebration of the official grand opening, February 1st and 2nd. Expect a crowd: “We had lines out the door on the first day and it has continued every weekend since,” says Danny Marks. “People seem really glad to have a new large space to hang out, with a bunch of entertainment options and a more casual vibe than a typical nightclub.” Bonus: no cover.