After 14 years of a tug-of-war between dog enthusiasts and environmentalists, the Golden Gate National Recreation Area released its final rules Thursday for canine access on its beaches and trails.

Off-leash walking will be limited to six areas within the 80,000-acre recreation area stretching from Marin to San Mateo counties: Fort Funston, Crissy Field, Ocean Beach, Fort Mason, Rodeo Beach and the 4,000-acre Rancho Corral de Tierra, the newest addition to the park and one of the largest undeveloped parcels in San Mateo County.

Dog lovers likely will be disappointed by the policy, which is an update of a 2011 plan that drew widespread opposition — both from dog-friendly groups that wanted more access and people concerned about damage to native plants and wildlife.

“Is it going to be punitive? We don’t know,” said Martha Walters, 61, an environmental scientist in San Rafael who founded the Crissy Field Dog Group, a nonprofit that advocates for responsible dog ownership.

“By and large, off-leash has always worked out,” she said. “We were blindsided by this. Now all of the people who go to Baker Beach or Land’s End will go to Fort Funston and Crissy Field. By shrinking the proportion of parkland — that will cause serious dispersion issues. I think that will actually raise conflict.”

Overall, of the recreation area’s 8.8 miles of beaches, 2.8 miles will be open to dogs — 2.3 miles with off-leash and/or on-leash liberties and one-half mile on-leash only. That’s down from the current 7.2 miles of beaches that allow dogs, with 1.6 miles dog-free. Of the 137 miles of trails, 47 miles will welcome dogs — 46 of those on-leash only. Dogs are now prohibited from 63 miles of trail; the plan calls for 90 miles to be dog-free.

“There are many dog walkers who prefer dogs on leashes,” said Jim Milestone, acting general superintendent of the GGNRA. “There are many people who don’t support it. Will everyone be happy? A lot of people who feel like they’re losing something will not be. People don’t want to lose access. But there are pluses and minuses out there.”

Pooch owners did gain some ground under the recently released final policy over the previous version, though it is nowhere near the current freedoms offered.

In San Francisco, off-leash space at Crissy Field was shifted to the west and now covers 40 percent of the historic air strip. Central Beach is also off-leash, while the East Beach picnic area is on-leash and East Beach itself — where most visitors lay out blankets and sun bathe — is a dog-free zone. At Fort Funston, the current 85 acres of off-leash space will be cut to 35. An off- and on-leash trail will be added.

In Marin, dog-friendly Muir Beach will lose off-leash walking, but an on-leash loop was added to Kaashi Way. Advocates say the pathway won’t come near replacing the current beach access.

The on-leash area at Baker Beach was shifted to the north and expanded from the iteration of the last plan. On-leash trails were also added at Mori Point, near the Mori Headlands trail, and Milagra Ridge, off the Milagra Ridge Road in San Mateo County.

Retired dentist Suzanne Valente, a Pacifica resident who founded the Ocean Beach Dog Group, barely registered the additions, instead focusing on the real estate that dog owners would lose. Valente has battled for more than a decade for increased dog access in San Francisco and Marin County.

“It’s the Golden Gate National Recreation Area,” Valente said, emphasizing the word recreation. “These properties were set aside for that purpose by our communities. The promise was made that we would facilitate recreation in these areas. The GGNRA has done little except take away, take away, take away — and not for any legitimate reason.”

The last pet policy was developed in 1979 by a citizens advisory commission and is still in effect. The GGNRA’s attempts to enforce leash laws in 2002 brought a lawsuit that went to a federal court, which dismissed the citations. The ruling stated that the National Park Service had failed to enforce the on-leash law for 20 years, creating a de facto policy that required public input to change.

Since then, advocates from both sides have snarled over the otherwise seemingly benign subject. Environmentalists argue that dogs harm endangered animals and plant species, while pooch enthusiasts say the GGNRA has no empirical evidence to back up the more restrictive dog policy. The agency received more than 4,100 public comments after it released its final proposal last spring.

Neal Desai, the Pacific region director of the National Parks Conservation Association, said he thought the latest proposal was fair, though he was disappointed to see more land given back to dog access. He said he worried about the impact of dogs on the endangered western snowy plover, a shorebird.

“It’s a type of plan that ensures everyone has a place at the park,” said Desai, who lives in the Sunset District. “It lets visitors choose their experience instead of having someone else’s dog experience imposed on them. There will actually be rules, and people will know where to go. It seems to be a good way of managing public lands.”

GGNRA officials also say the proposal will help balance competing interests in increasingly crowded open spaces. Park usage has exploded since the 1970s, when the last dog policy was passed, said spokesman Nathan Sargent. Then, there were 1.5 million annual visitors, and now there are 15 million. Law enforcement officials have also reported an increasing number of conflicts, averaging more than 300 dog-related incidents annually.

But canine lovers called that malarkey, saying that off-leash areas were spaces to exercise and meet neighbors. They also expressed concern over how the rules would be enforced. The plan calls for regular monitoring to gauge compliance with the rules. If it is inadequate, actions could include enforcement in specific areas, fine increases and special use permit restrictions.

San Francisco Supervisor Katy Tang represents the Sunset District, which abuts Ocean Beach. She said she was disappointed in the final proposal and that the GGNRA didn’t listen to thousands of residents who expressed disagreement with the plan.

“For so many families, their way of connecting with nature is to take their dog on a walk at places such as the beach,” Tang said. “While we respect the intent to protect the snowy plovers, the existing regulations at Ocean Beach were more than sufficient — they were just not well enforced. GGNRA should explore better enforcement of existing regulations rather than using a bludgeon to solve for a problem that required a more surgical approach.”

Next in the process: a final environmental impact statement followed by rubber stamp federal approval. The implementation date of the policy will become public when the final rule is published in the federal register early next year.

“People will be sharing their opinions,” Sargent said, pausing. “They’ve never been unanimous. We are happy with the public engagement we have. This plan will ensure a future for dog walking and off-leash recreation in the future, and that’s a good thing.” 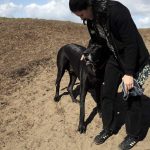 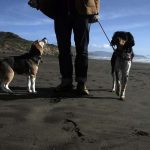 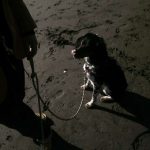 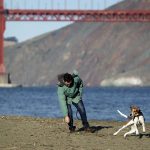 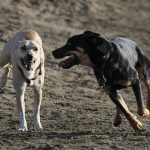 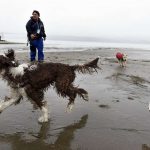 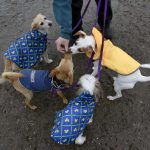 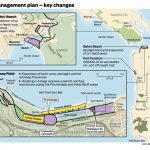 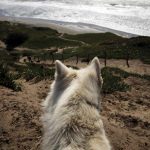