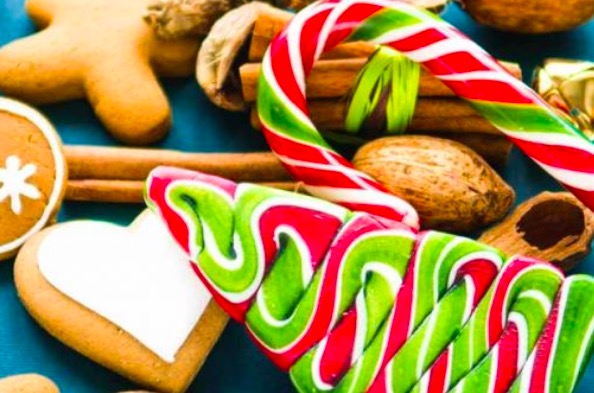 If you want to catch San Francisco’s gingerbread men (and women!) at home in their spectacular mansions, just take a cable car or a streetcar to some of the Bay Area’s most magnificent confectionery masterpieces. A host of gingerbread houses featured in San Francisco will instantly put you in the holiday spirit. Although tasteful visual displays are really what these creations are all about, some of the following gingerbread houses and their associated sweets were meant to be eaten as well.

The Gingerbread War
In the Bay Area, an elaborate gingerbread house war is waged every year between two of the area’s most historic hotels: The Fairmont Hotel on Nob Hill and the Westin St. Francis on Union Square. These two vie each year to out-gingerbread one another in a friendly holiday contest.

The Westin St. Francis (335 Powell St.)
The team at the Westin St. Francis will unveil not one, but two one-of-a-kind castles in the Landmark Lobby. Back by popular demand is the stunning Sugar Castle, originally created in 2005. Resembling a French Chateau, this life-like magical castle features grand circular towers, individual rooms, colorful illuminated windows, and is surrounded by holiday sugar cakes. Adding a touch of modernity, the 12-foot St. Francis Enchanted Castle is a rotating winter wonderland of elaborate gift boxes, gingerbread trees and brilliantly colored candies. Elves can be spotted climbing all the way up to a towering sugar castle. This event is open to the public and will feature complimentary coffee and tray-passed cookies. The two gingerbread castles will be on display through Jan. 2, 2018. Book a room.

San Francisco Marriott Marquis (780 Mission St.)
While you’re in the area, drop by the San Francisco Marriott Marquis on Mission Street to gaze at the multi-story gingerbread house in the main lobby. It will be on display through Dec. 28. If the stars align, you may get a chance to judge the gingerbread house competition, with many creative entries from various departments of the hotel. Book a room.

For Californians who know San Francisco well and want to stay close to home, these unique holiday treasures featuring magical, miniature worlds are just around the corner. Prepare yourself to be transported into a bright, bustling, buzzing urban holiday atmosphere full of gingerbread.