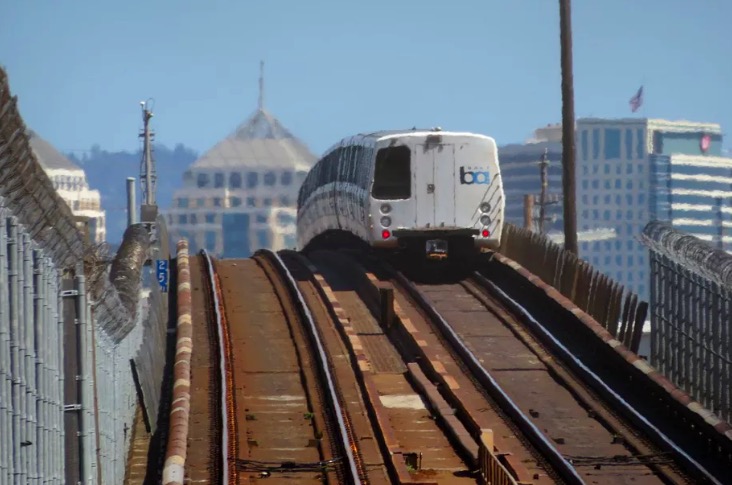 On Wednesday, BART announced that the transit agency is “taking early steps to create a second Transbay Tube.”

The possibility of a second tube—BART’s official announcement suggests that “tube” may not be the correct term for whatever the agency ends up building, instead stressing the term “second crossing”—has floated around the Bay Area for decades, but this is the first time BART appears to be planning concrete measures for it.

But commuters had better get comfortable with their current one-tube experience; actual construction will start at least a decade from now:

BART intends to use a feasibility study to narrow multiple alternatives for the second crossing to a short list of two to four options. Next steps include potentially awarding a contract for that study in mid-2019.

Looking ahead, BART hopes to begin construction on the second crossing in about ten years. There’s little time to waste: despite BART’s plan to increase capacity through the existing Transbay Tube, planners project demand for transbay transit will outpace capacity by 2040 in medium or high demand growth scenarios.

The agenda for Thursday’s BART Board of Directors meeting includes a briefing for a “new transbay rail crossing update,” with BART General Manager Grace Crunican writing that the presentation will include an initial “project contracting plan.”

During the San Francisco mayoral election earlier this year, now-Mayor London Breed backed the idea of a “second BART tube” during an ask-me-anything session on Reddit.

BART’s Manager for Strategic and Policy Planning Ellen Smith speculated in February that such a project could cost as much as $15 billion, although it’s probably too early to start putting a price tag on the hypothetical proposal.