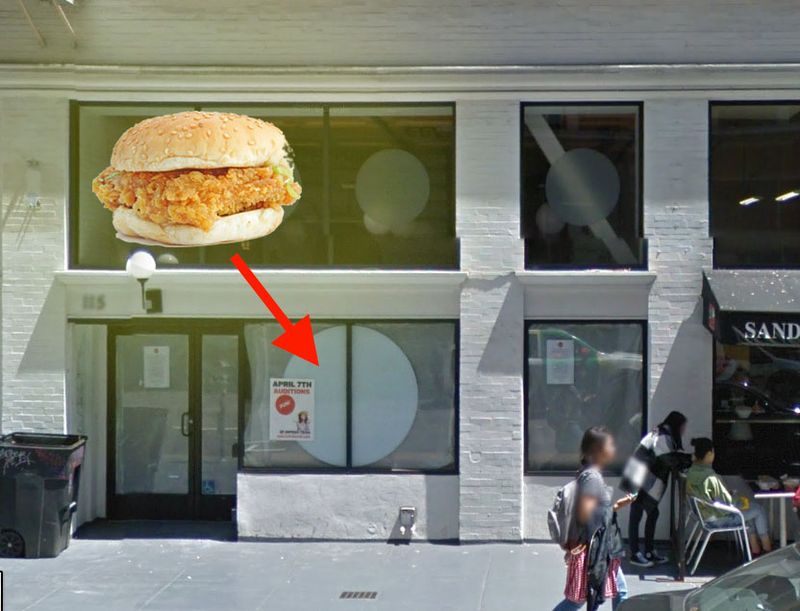 After a particularly depressing, foggy San Francisco summer comes an exciting fall filled with restaurant openings (and maybe a little sunshine). It’s a wide field, ranging from sushi to Portuguese to America’s first outpost from Hitachino. Check out these 14 anticipated openings for a look into the very well-fed future. 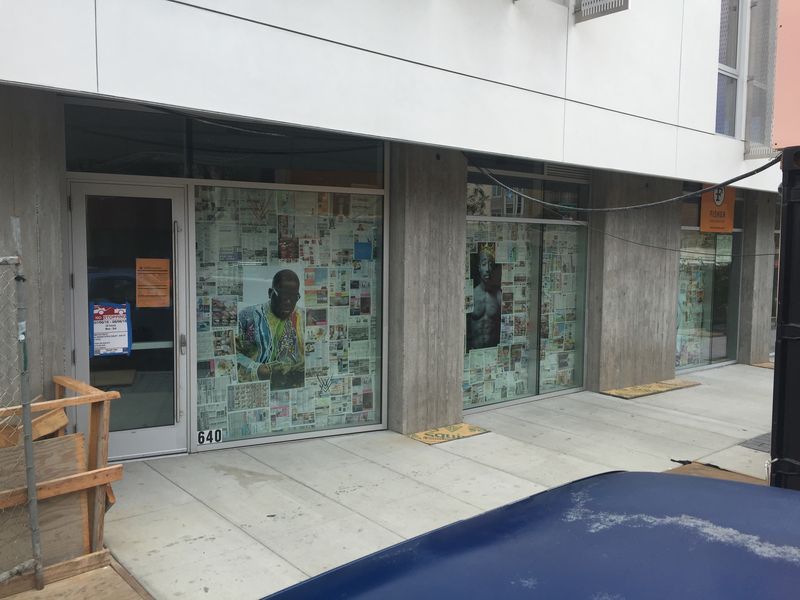 The Situation: Amid a new generation of high-end sushi restaurants alights The Starling, a chill omakase-style spot from chef Adam Tortosa (Akiko’s, 1760). It’ll have a decidedly different vibe, and serve local, sustainable fish with Bay Area produce — Santa Barbara uni with shiro dashi emulsified egg yolk, or Kinmedai (golden eye snapper) with torched skin, Cara Cara orange, chives, and smoked salt are prime examples. There will also be a very limited menu of hot and cold small plates available at the ten-seat sushi bar, and in the 20-seat dining room. 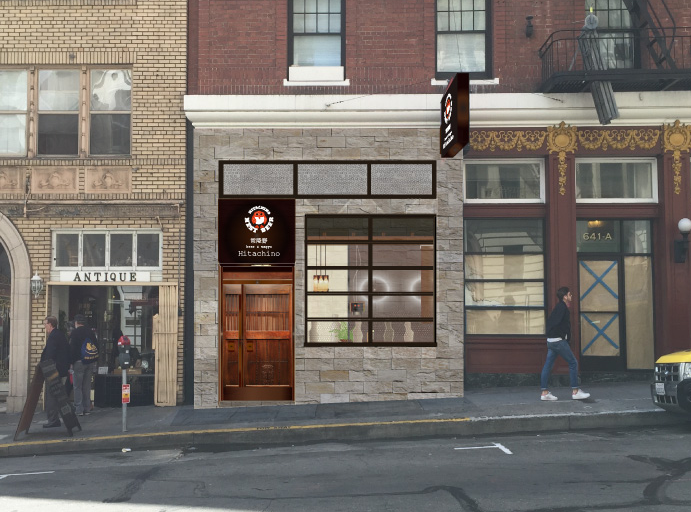 The Situation: Hitachino’s first U.S. restaurant will have ten exclusive Hitachino beers on tap (brewed specifically for this location), five to eight sakes from Kiuchi Brewery, and local wine. The food is izakaya-style fare including a lot of wagyu from both Japan and the U.S., as well as a jarred pickle section. The idea is to serve the snacks — pickles, braised meats, and meatballs — in jars that can be opened at the table and eaten cold. Expect 45 seats with an eight to ten seat bar (made from wood from a vintage sake press), that will heavily pull influence and furniture from Japan, naturally. 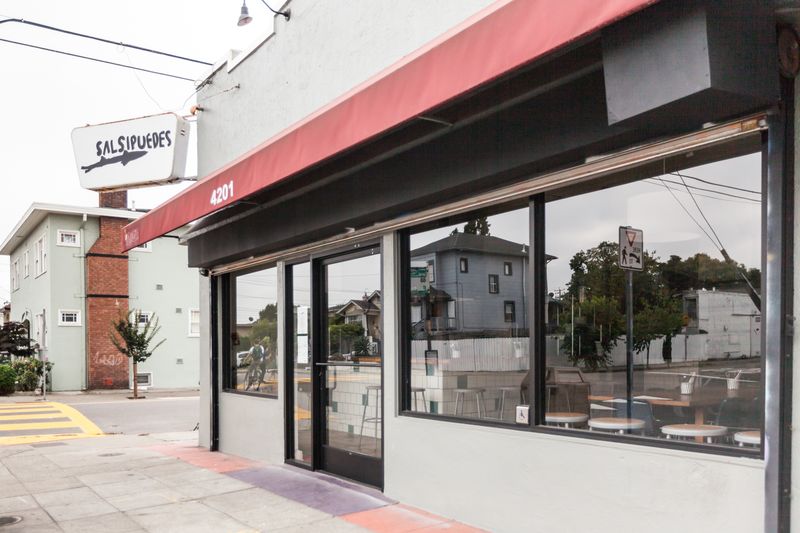 The Situation: The first expansion from the duo behind Oakland’s Camino will be a casual restaurant in the former Salsipuedes space in North Oakland. The focus is on grilled meats that will run the gamut in terms of flavor and region.

The Situation: Telmo Faria’s Portuguese pop-up is nearing an opening date in Noe Valley. The chef, who formerly led the charge at the ever-proliferating Tacolicious, is taking his cooking back to his roots and will serve up favorites like the Francesinha (an epic sandwich), alongside a raw bar. The 75-seat space (formerly Incanto) will include a special private dining room called Mesa d’Avô, dedicated to his grandmother, with a communal table and plenty of tchotchkes.

The Situation: Fast casual fried chicken sandwiches are headed SoMa’s way, courtesy of empire builder Adriano Paganini (Back of the House). Called The Bird, this will be a Paganini’s third fast casual venture (behind Super Duper and Uno Dos Tacos), this one focused on free-range fried chicken sandwiches rather than burgers or tacos. It will be open for both lunch and dinner. (Plus, keep on the lookout for Paganini’s reboot of the Betelnut space in Cow Hollow, scheduled to debut on November 1.) 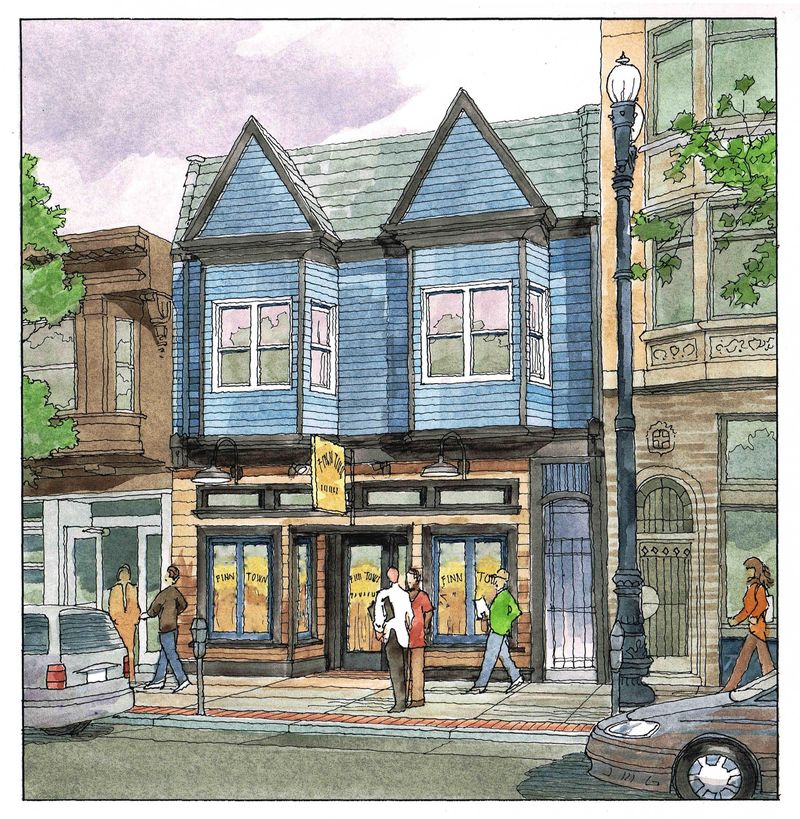 The Situation: The “American Tavern” from former Top Chef contestant Ryan Scott will be a neighborhood spot, with two bars, and a dining room. According to Scott, there’ll be music, TVs for sports, and other televised events like the Golden Globes. Expect 69 seats in the dining room, a seated back bar, and front bar for “non-committal diners,” with two happy hours per day. 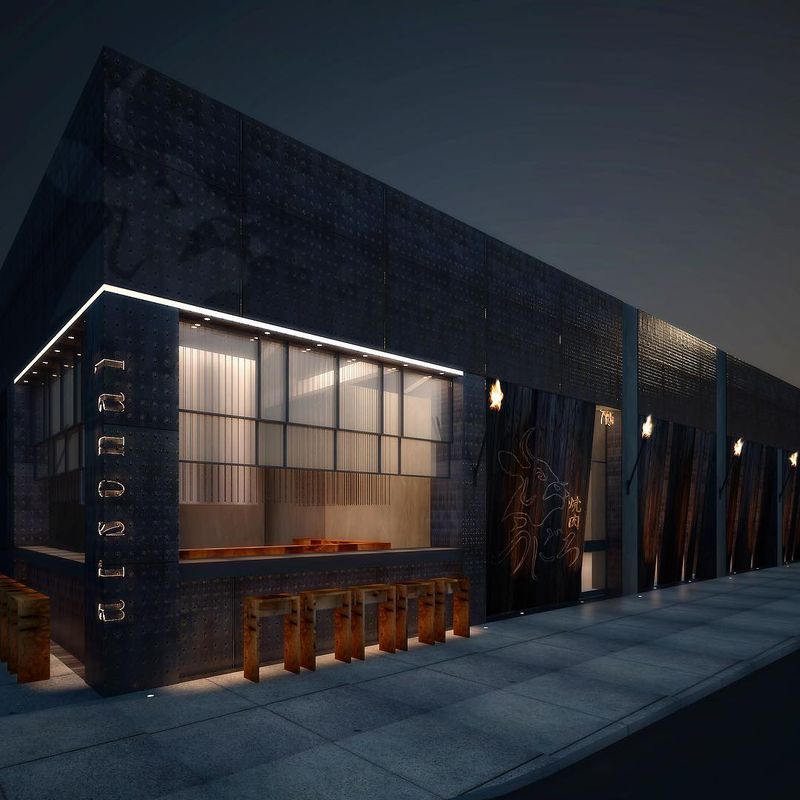 The Situation: Another Angeleno has ventured North: Erik Sun (an investor in LA’s Bestia) is opening two concepts in San Francisco this summer. Arsenal will be an Asian concept with barbecue grills at every table, a noodle bar and yakiniku, complete with an official Kobe beef certification; there’ll also be beer, wine, and sake. The Hunted will be a 6,000-square-foot restaurant, featuring “Italian leaning” cuisine with long braise times and whole animal cookery, though its identity is still being worked out. 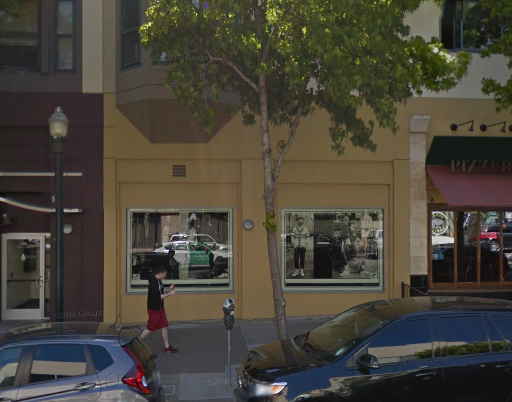 The Situation: A chef with a fine dining resumé and a sommelier are opening a “craft grocery” slash chef’s counter-style dining experience in the Fillmore. That means fresh pastas, charcuterie, pastries, wine, beer, and meal kits for sale five days a week; then, three days per week, eight diners will have the opportunity to eat dinner twice per night. The tasting menu meal will be focused on Italian and French cuisine, and incorporate all the tasty housemade goods that are for sale during the day. 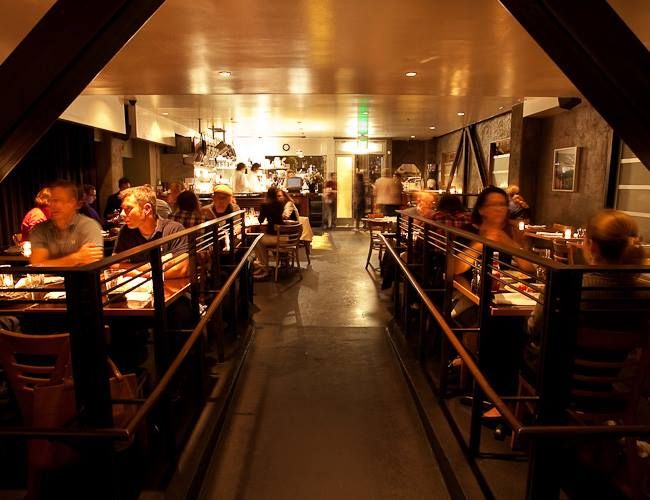 The Situation: Though Slow Club will be missed, its replacement promises to maintain a position as a better-than-average neighborhood spot, serving California Mediterranean fare. There will also be a serious burger, plus an interesting wine list from owner/sommelier Paul Einbund (Frances, Octavia) and chef Gavin Schmidt (Campton Place, Coi). 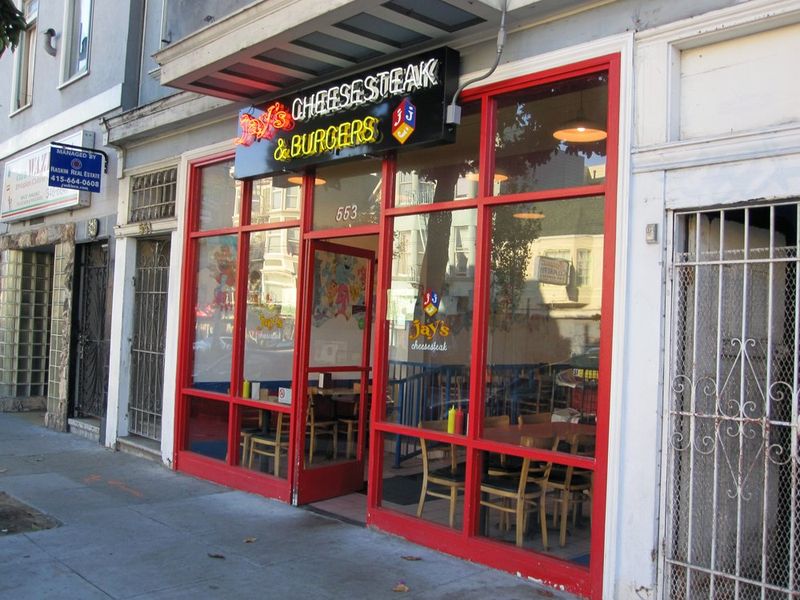 The Situation: The Namu Gaji team (brothers David, Dennis, and Daniel Lee) is going fast casual, bringing its unique brand of California Asian food to a 21-seat space on Divis that focuses on the stonepot as a serving vessel. The menu will include that eponymous stonepot, as well as several forms of rice flour fried chicken (translation: gluten-free), ramen, stews, and salads, plus beer and wine, curated by Bi-Rite’s lead alcohol buyer Trac Le. Expect lots of takeout options, too. 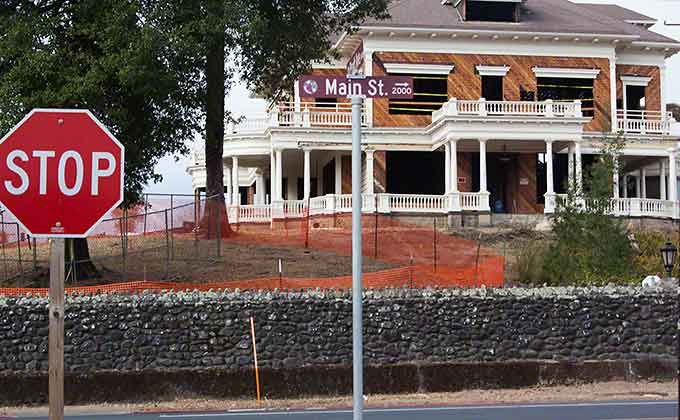 The Situation: Part of the 68-room Las Alcobas hotel property, Acacia House will serve as the accompanying restaurant. The menu will capture “the prevailing seasonal sensibility of California’s wine country,” and will be composed of small and large plates to complement Napa wines. Because the restaurant is part of the hotel, it’ll provide breakfast, room service and poolside dining, as well as the most Napa of all things: picnic baskets and lunch bags (musettes) for cyclists. 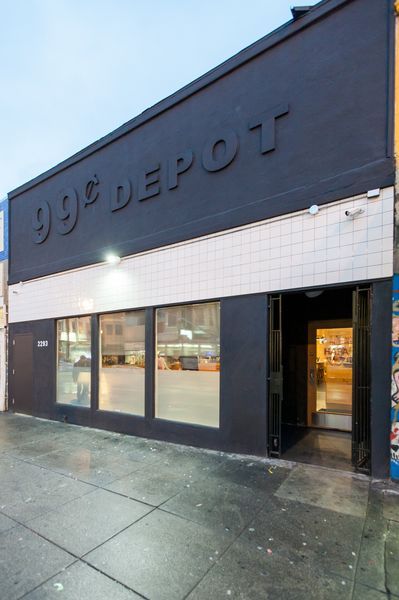 The Situation: The Cajun spinoff from the team behind Popson’s craveable burger will focus on Cajun fare, but is not intended to be a “top hits” list of the cuisine. While there’ll certainly be dirty rice, shrimp and grits, and (probably) fried chicken, things will skew rustic with a bit of Creole influence: lots of pork, shrimp, rice dishes, housemade andouille sausage, and the like. Cocktails will be simple, classic versions of New Orleans favorites, like Sazeracs, though Garcia says he definitely wants a frozen drink machine or two in the mix. The restaurant will offer dinner to start, with brunch on the horizon; casual counter service lunch with po’boys and gumbo are also a possibility. And to take it over the top, there’ll be crawfish boils during the season (spring/summer). 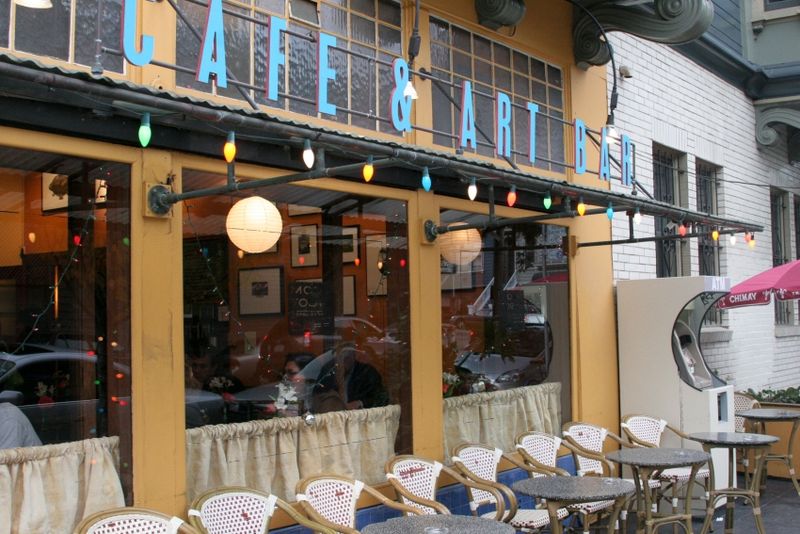 The Situation: A lady-backed champagne bar, complete with complimentary self-serve popcorn topped with flavored salts, and a menu of cheese, charcuterie, salads, tartines, and plentiful caviar courses for bites or a full meal; there will be mains as well, in a yet-to-be-revealed format. The sparkling enclave will be stocked with Champagne (as in, from France), as well as sparkling wine from California, Italy, and beyond. 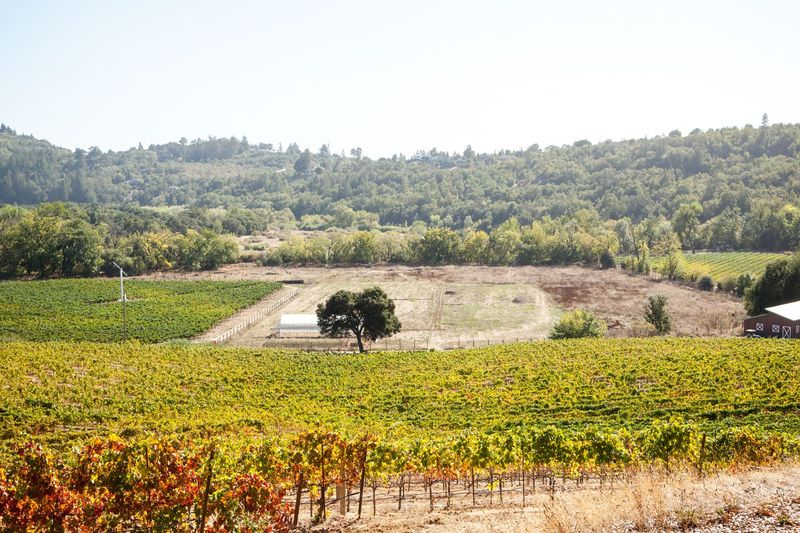 The Situation: The long-awaited inn, farm, and restaurant from chef Kyle Connaughton and his farmer-partner-wife Katina is a major addition to the Healdsburg dining scene. A short trip from the farm to the table, plus a subtle integration of Japanese cooking and hospitality styles will make this a standout.

For a full list of coming attractions, check out our constantly updated list of what Bay Area diners should keep on their radar.