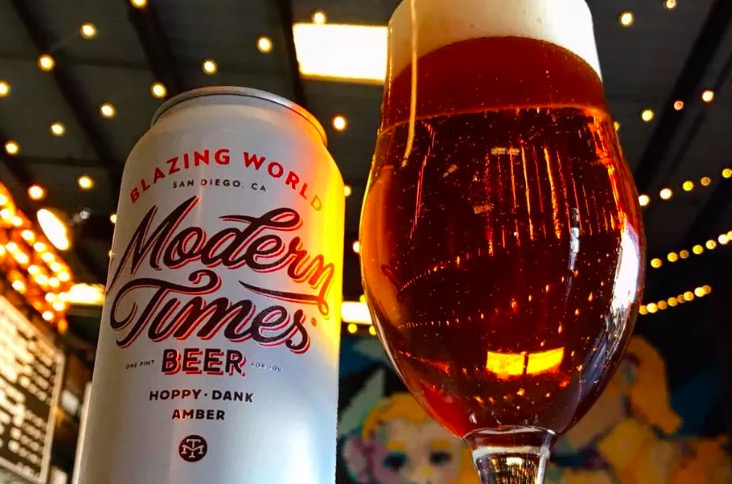 San Diego’s Modern Times Beer is on a major expansion tear right now — and it’s heading for the Bay Area next. The rapidly growing craft beer company will be opening at 2410 Valdez Street, in Oakland’s Uptown neighborhood just a couple of blocks from Drake’s Dealership.

What exactly Modern Times will be opening, however, remains a mystery. The company has filed for a beer manufacturer liquor license, which would allow it to serve beer and wine in a taproom setting. Dan Reed, Modern Times Beer’s communications manager, confirmed that the brewery will be opening “something” but stated it’s too early to divulge any details.

Employee-owned Modern Times is known just as much for its colorful, playful taprooms as its excellent range of sessionable beer, from fragrant IPAs to fruity sours to experimental hybrids. It just opened a new restaurant in San Diego called the Far West Lounge — its third location serving vegan food after Los Angeles and Portland — with chilaquiles, som tum salad, and grilled bratwurst all on one menu. Up next is a taproom and restaurant in Santa Barbara and a giant, 32,000-square-foot sour-focused brewery, cafe, and restaurant in Anaheim alongside a pool, outdoor movie screening area, and vendor stalls from other restaurants. The brewery has even expanded into coffee. In other words, Oakland’s “something” could really be something.