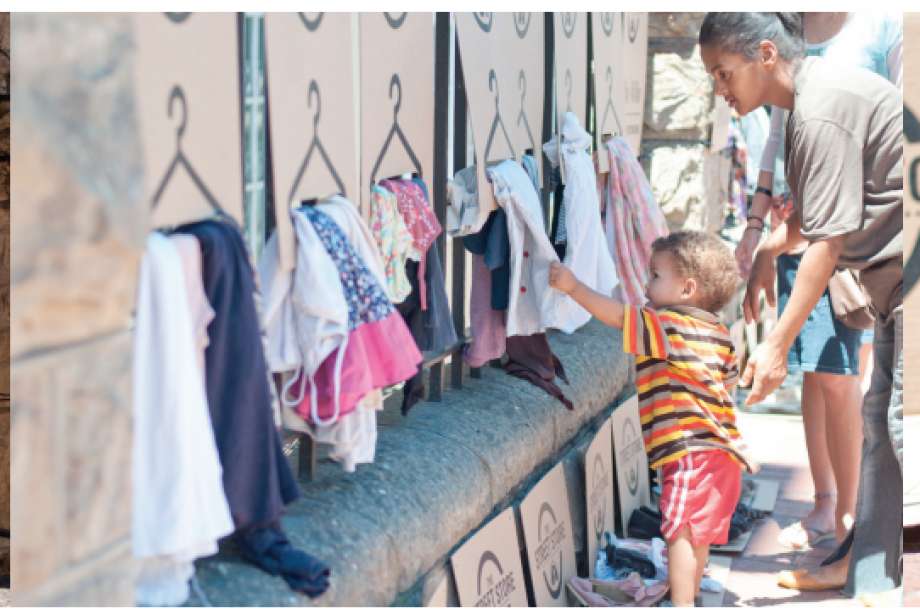 A clothing store will pop up in San Francisco on Friday, giving homeless people the opportunity to freely shop for those things they need, whether it’s a warm coat for winter or a new pair of shoes.

Street Store will be stocked with local donations and staffed by members of Episcopal Community Services. Items will be organized as they would be in a typical store with clothing on hangers and folded on shelves, arranged by size. Shoppers will be able to pick out up to 10 items for free.

The motivation comes from San Franciscan Deepika Phakke who, with the support of Episcopal Community Services, wants to change the typical handout routine.

Phakke recognized that organizations generously pass out donations to the homeless, but felt that they often hand over items people don’t need or want. She decided to open a stand-alone Street Store in San Francisco, a concept that has been put in place all around the world — from Accra, Ghana, to Bengaluru, India — and also implemented by Veronica Van Gogh and Susie Buckley as part of the monthly Care Villages hosted by Lava Mae (the local nonprofit mobile shower service) and the San Francisco Public Library Main Branch.

The goal? To give homeless people dignity with a shopping experience that allows them to choose what they like.

“Right now they don’t have the choice in where they live, where they eat,” she said. “The Street Store is about giving them respect and the power of choice. Saying to them, ‘Hey you’re invited to the store and free to pick up whatever you want.’ That’s going to be empowering.”

An idea is born after a Muni bus breaks down

When Phakke, 25, was on her way to work as an account strategist in San Francisco earlier this year, she found herself standing on a sidewalk after her Muni bus broke down.

She was thinking about how she would get to work, but then noticed a man sitting on the sidewalk. He was clearly homeless, hungry, in need of a friend.

A mob of agitated people milled around him, all disgruntled over Muni’s failure. Each person was in the same boat of hailing a cab, requesting a Lyft or trying to catch the next bus to get to work on time.

Phakke took note that not a single soul noticed this man and suddenly she became disturbed that people were more caught up by the problem of getting to work on time than the fact that this man didn’t have a place to call home.

She walked over to him, said she was going to run into Starbuck’s for a coffee and asked if he wanted anything.

Touched by her offer, the man became tearful.

“He was so grateful that I had asked,” Phakke said. “Nobody had ever asked him what he wanted to eat. Nobody had given him that sort of respect.”

The moment led Phakke to the realization that the key to solving the city’s homeless problem is encouraging people to notice people living on the street and finding ways to humanize them, give them respect and the power of choice.

A movement to inspire others

Phakke grew up in India where millions of people are born on the street. She explained the problem is huge, overwhelming and seemingly impossible to solve. Living in San Francisco, she sees a much smaller, yet still important, issue that she thinks can be fixed if the entire community gets around it.

She launched Street Store as a way to help those living on the street but also to encourage others in the community to get involved. She plans to develop framework others who want to get involved can use to launch similar efforts, whether it’s an app to help homeless find a bed or a food truck serving free meals.

“This is going to be a revolution,” Phakke said. “San Francisco has so many nice people. They want to do something but they’re lacking the resources to help. They need to how they can solve for this. It can’t be one or two people. It has to be all San Franciscans.”

Donations needed for the pop-up store 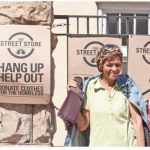 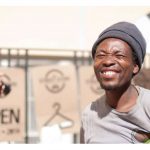 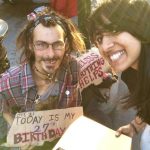