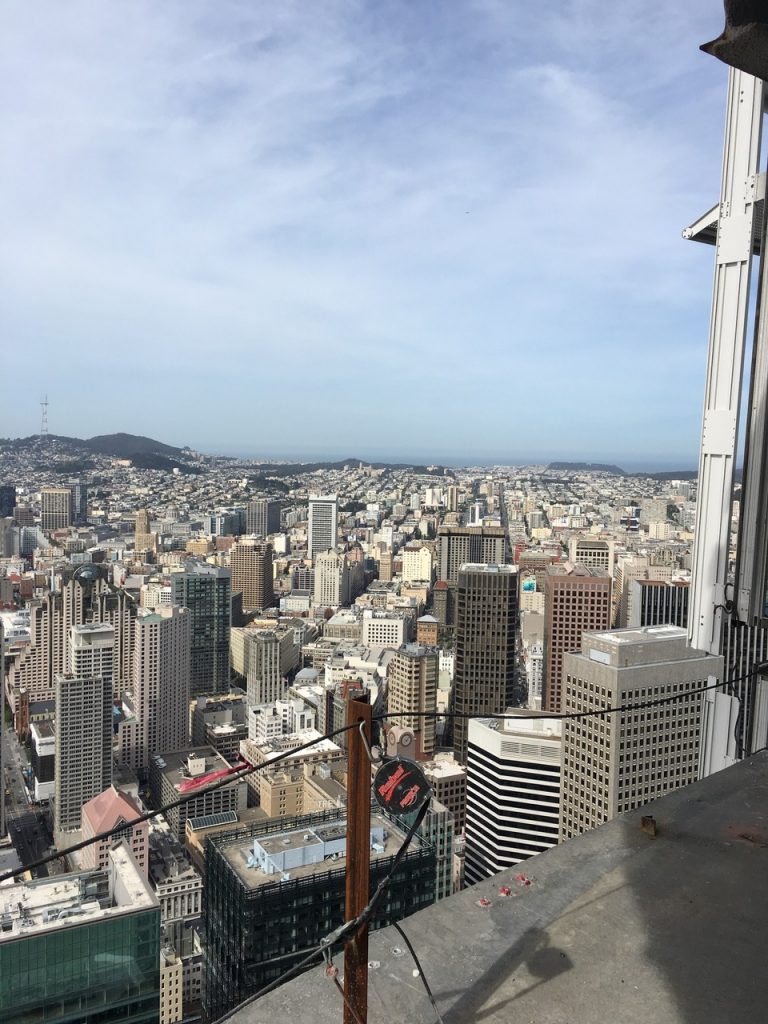 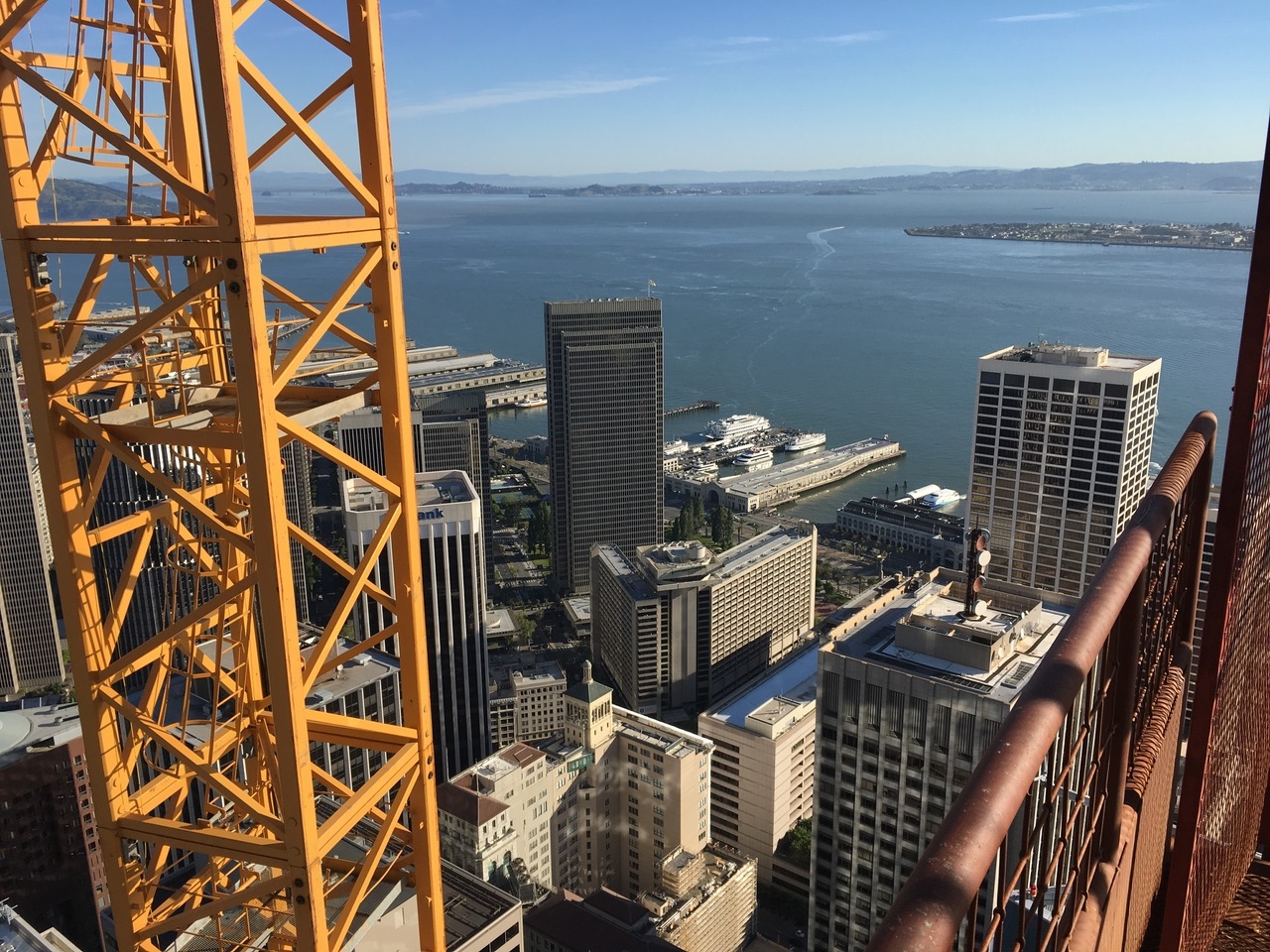 Salesforce Tower set its final beam in place last week, treating bigwigs and journalists alike to incomparable views 61 stories and over 1,000 feet above the streets of San Francisco.

But for those who couldn’t make it to the top, a stealthy drone operator provided a similar gander a week prior.

Jason Fang, a local data scientist, sent his drone up the heights of the under-construction tower in late March as the building prepped for its home stretch, yielding a minute and a half of video showing off vistas from the very top.

In fact, the perspective climbs even a bit above that, all the way up to the tips of the dual cranes perched atop the mounting obelisk—a crane’s eyes view of the Bay Area, as it were.

Architect Fred Clarke last week declared the tower’s design and construction, “[f]undamentally an act of optimism, comparable to a pyramid or an obelisk, marking a new place on Earth that’s reaching for the heavens.”

That’s pretty bold talk, but looking out at the horizons from all 1,070 feet above, it sounds about right.

However, before anyone sends their own drone up to buzz the tower tops, note that while this footage is arresting, capturing it may not have been legal.

Under current FAA regulations, drones are limited to a “maximum altitude of 400 feet above ground level (AGL) or, if higher than 400 feet AGL, [must] remain within 400 feet of a structure.”

So, probably best not to try this at home.