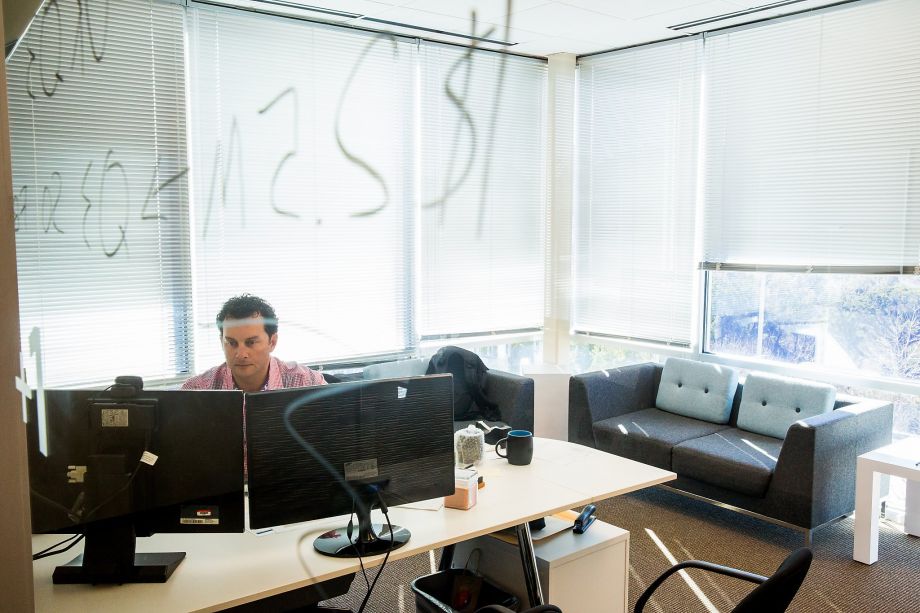 Techies and startups have long been blamed for helping to push families out of San Francisco, with skyrocketing property values and the highest cost of living in the country. But a study released Monday found that even tech workers may not be able to afford to raise a family in the City by the Bay.

The Indeed Hiring Lab study, which tracked job searches by tech workers, saw the number of workers age 31 to 40 looking for a job in a different part of the country increased by 12 percent in the past year.

The research institute, which tracks patterns in the job market, said it was the biggest increase of any age group, though overall the number of tech workers looking for jobs far away from the Bay Area grew by about 8 percent.

That’s likely because workers 31 to 40 are at an age when they’re likely to have a family to worry about, which can add to financial stress and cost of living, researchers said.

A similar survey by Redfin, a real estate agency, found that over the past five years, the number of people searching for homes outside the Bay Area has multiplied: In 2011, the agency found, 1 in 7 people searched its website for homes elsewhere. In 2015, it was 1 in 4.

Economist Daniel Culbertson, who conducted the Indeed research, said he hasn’t polled the workers to find out their specific reasons for wanting out, but given the places they were looking to move — San Diego, Austin and Atlanta among them — he guessed that cost of living was a driving force.

“The biggest thing is the housing market in San Francisco is among the most expensive in the world,” Culbertson said. “Based on what we’re hearing anecdotally, that’s a factor.”

The median asking rent in San Francisco is $4,225, and rising. According to the Children’s Council of San Francisco, full-time child care for a family with an infant and a 4-year-old costs an average of more than $40,000 a year.

By some estimates, a family needs about $200,000 per year to live comfortably in the city.

Though techies are often assumed to make that much and more — most don’t, said Gabriel Metcalf, president of the urban policy research group SPUR.

“A lot of the people that we think of as working in tech don’t have so much money that they can just live wherever they want to live, without worrying about cost,” Metcalf said. “Fundamentally, they’re subject to the same trade-off that other middle-class families are in this city: San Francisco is a wonderful place to have a family — if you can afford it.”

Tech jobs in San Francisco and Silicon Valley pay more than in other cities, according to Indeed’s data, but it may not be enough to offset how much it costs to live here.

A software engineer in San Francisco makes an average of $128,000 per year, according to Indeed. Comparatively, software developers make about $95,000 in San Diego and $119,000 in Atlanta.

“By far, the greatest problem for families in this city is cost of living. Full stop,” Metcalf said. “If it weren’t so expensive, we would have more families being able to make the choice to stay here.”

The number of San Francisco families with kids has long been notoriously low.

In 2000, about 14.5 percent of San Francisco’s population was under the age of 18. Today, according to the latest census numbers, kids make up about 13.4 percent of the population — far fewer than the 25 percent statewide.

Mayor Ed Lee has introduced a variety of efforts to aid San Francisco’s families and shrinking middle class — proposing housing for public school teachers, offering loans to 1,500 middle-income families seeking to purchase their own homes, constructing 30,000 housing units by 2020 and earmarking half for low- and middle-income families.

He also meets monthly with the city’s newly created Our Children, Our Families Council, a body of politicians and residents that sets benchmarks and facilitates programs designed to improve the quality of life for the youth and families of San Francisco.

Maria Su, director of the Department of Children, Youth and Their Families, said the city has made strides in the past several years toward becoming more welcoming and livable for families.

She pointed to the city and school district’s collaboration on after-school programs and pre-K. She highlighted the city’s network of public parks and recreation as benefits to families.

“I do believe things have gotten better,” Su said. “There’s an understanding across different departments that these are our children. They’re not city children, they’re not school district children, they are ours, and if we want to serve and improve the lives of all our children and their families, we need to have hard conversations.”

But, she added, the impact of San Francisco’s rising cost of living is impossible to ignore.

“Cost of living is of course extremely high,” she said. “I live in the city, I’m raising two children in the city. I understand, and I feel it too. And we’re all just trying to do the best we can.”