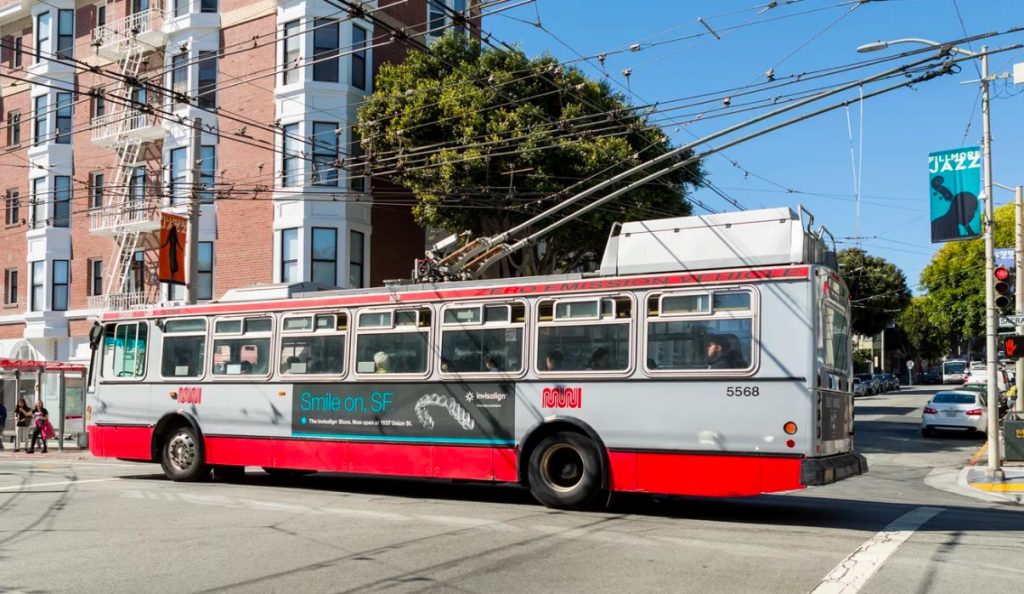 There aren’t many American cities where you can live without relying on a personal car. Sure, you could live in almost any city and take public transportation (usually a system of buses) some of the time, but few areas offer a complex network of trains, buses, cable cars, and two subways systems. San Francisco is one of those towns. And while many move to Baghdad by the Bay for a myriad of reason—tech, culture, burritos—a good amount of people live here because they don’t want to be stuck in traffic for most of their lives.

We’ve broken down the San Francisco and Bay Area public system into digestible chunks should you choose to eschew vehicular transportation. While this guide will invoke the names of Uber and Lyft, the majority of the following transit options are ones shared with the public at large, for better or for worse.

The San Francisco Municipal Transportation Agency—or SFMTA—is a city department responsible for the management of all ground transportation in the city. The agency oversees not only our contentious municipal railway system (aka Muni), but also bicycling, paratransit, parking, traffic, walking, and ye olde taxicabs.

Established by a voter mandate in 1999, the SFMTA consists of multiple San Francisco city agencies, including the Department of Parking and Traffic, Muni, and since 2007, the Taxi Commission. This agency is unlike any other agency in the country.

You will learn to love, love to hate, and just plain hate Muni. Recognized as the oldest publicly operated transit system in the nation, it sure can feel like it. Muni’s first-ever streetcar was the A Geary (now known as the 38 Geary), with service beginning on December 28, 1912. Now it’s the primary mode of public transportation for many denizens, be it by metro train or bus.