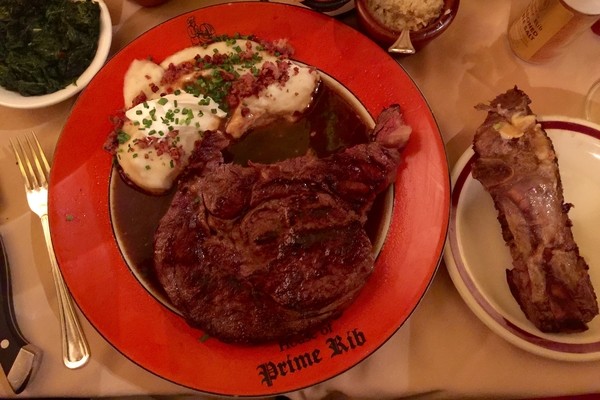 A Bay Area institution with a cult following, House of Prime Rib has been serving quality cuts to locals and tourists alike since the 1940s. In fact, the iconic restaurant goes through upwards of 5,000 pounds of meat per week(!), which means that the shiny steel-domed “meat zeppelins” that make the restaurant so fun, have carted around millions and millions of pounds of prime rib over their long life. That’s a lot of meat sweats.

But there’s something about HOPR that you probably didn’t know, regardless of how many times you’ve shimmied into their leather banquettes; HOPR has a super secret hidden menu that up until now was privy only to the most routine regulars and those in the know. Prepare to have your mind blown.

HOPR regularly lists four cuts on their menu: the King Henry VIII Cut (the restaurant’s largest portion), The House of Prime Rib Cut, The English Cut (often deemed the restaurant’s most flavorful cut), and the smaller City Cut for “lighter appetites.” But now, picky patrons can have the best of both worlds. Order the King Henry Cut cut English Style—You’ll get the thin slices of the English, but the quantity of the King Henry. The best part? You’ll also get to gnaw on the bone when you’re done.

The only difference between prime rib and a ribeye steak is the way the meat is cut and cooked. The prime rib is traditionally a larger cut, which is then roasted whole and sliced to order. If you prefer a richer steak flavor and texture, ask for your prime rib to be seared on both sides in their kitchen, effectively providing the taste and texture of a ribeye steak. I suggest ordering the King Henry Cut rare—the thickness will prevent it from overcooking, and the Maillard reaction on the bone will take your taste buds to the next level.

That’s right, you can add sour cream, green onions, and bacon to your mashed potatoes. We don’t actually recommend you do this—sometimes less is more—unless you really love bacon.

Though it’s technically off-menu, the creamed corn will sometimes be recommended by your server — it’s that delicious. Some servers will even let you go half-and-half with your spinach, which we absolutely encourage because in this case, more is more. 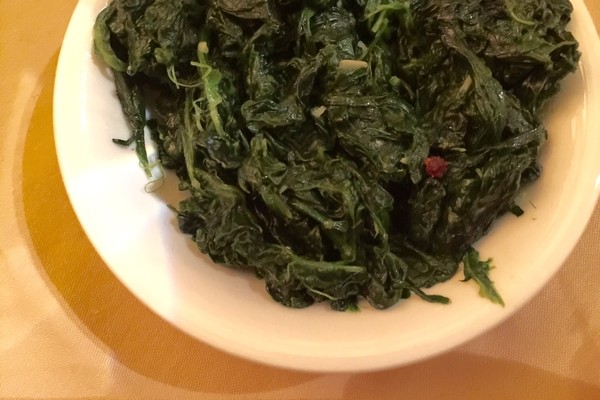 HOPR is a rich meal. Between the mashed potatoes, au jus, creamed corn, and the prime rib, it’s a heavy affair. So why not lighten things up a bit and get your spinach sautéed in lieu of the creamed version? That way, you can at least pretend to be healthy.

Servers will always bring out housemade horseradishes with your prime rib: a cream-based horseradish, two mayo-based versions that range from mild to medium-spicy, and a super spicy cured horseradish from Beaver Brands. But if you want to mix it up a bit, know that you can ask for HOPR’s three off-menu options: a horseradish with Tabasco sauce mixed in (it tastes slightly tomato-ey) fresh-grated dry horseradish root (milder than you’d expect), and a pickled beet horseradish made with the same beets they use in their salad. The latter is our favorite, it adds an additional acidic component that helps cut through all the richness. 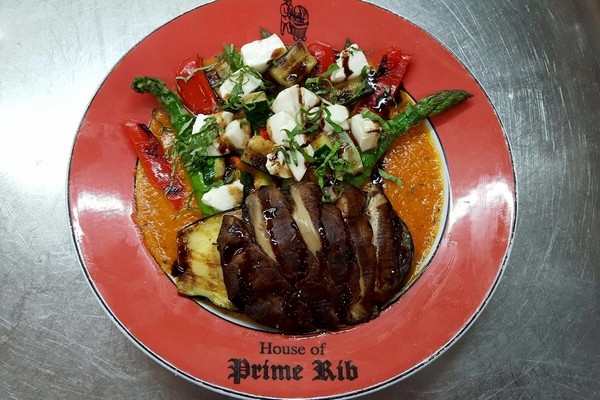 Everyone has a vegetarian friend. Now you can invite said vegetarian to HOPR, and they can eat something other than martini olives. The veggie plate is off-menu and massive: it comes with a grilled vegetable spread that includes eggplant, a Portobello mushroom, red peppers, zucchini, and is topped with fresh chunks of mozzarella, a pinch of basil chiffonade, and a drizzle of aged balsamic. It all sits upon a spread of zesty tomato sauce. 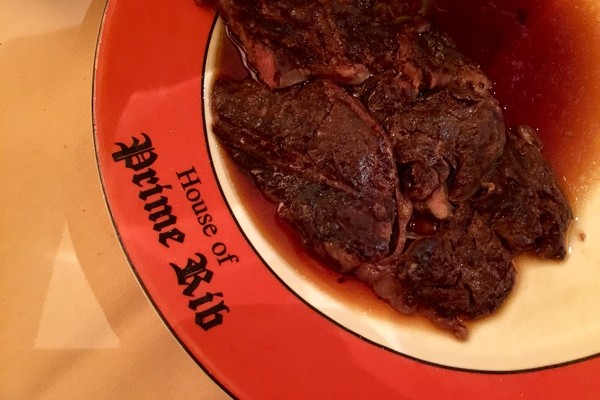 It’s no secret that you can get seconds at HOPR—the servers ask you when they see your finished plate. But for a slightly different experience, order the end cut for your seconds. You’ll get a crispy, salty, well-done slice from the end—it’s marvelous. You’ll have to get lucky though, there are only two end cuts per prime rib, so they’re rather hard to come by.

Omar Mamoon is the founder of Dough & Co.