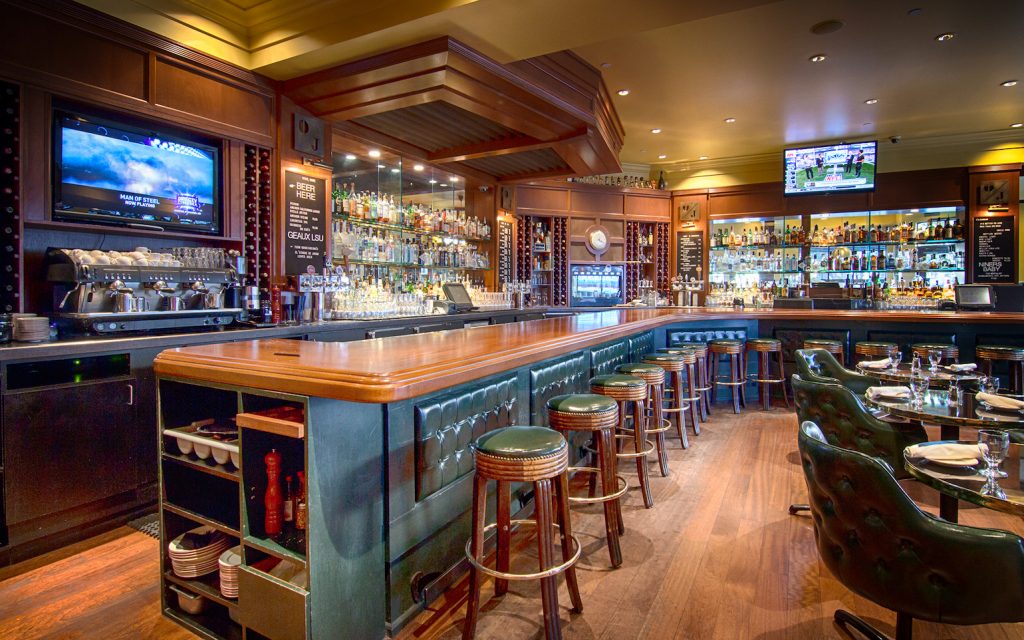 Opened in 1949, this Van Ness restaurant has been attracting locals and tourists alike with—what else?—juicy, beautifully-marbled prime rib. The specialty of the house is wheeled around in stainless-steel carts, and carved table-side by chefs clad in all-white uniforms and tall hats. But the beef isn’t the only item involving theatrics. The house salad is spun in a large bowl over ice, then drizzled with sherry vinaigrette. In-the-know regulars order the King Cut, cut English Style, which isn’t listed on the menu. It features a hefty King Cut portion (the restaurant’s largest) of thinly-sliced English Cut (the restaurant’s most flavorful), and is like getting the best of both worlds on a single plate. 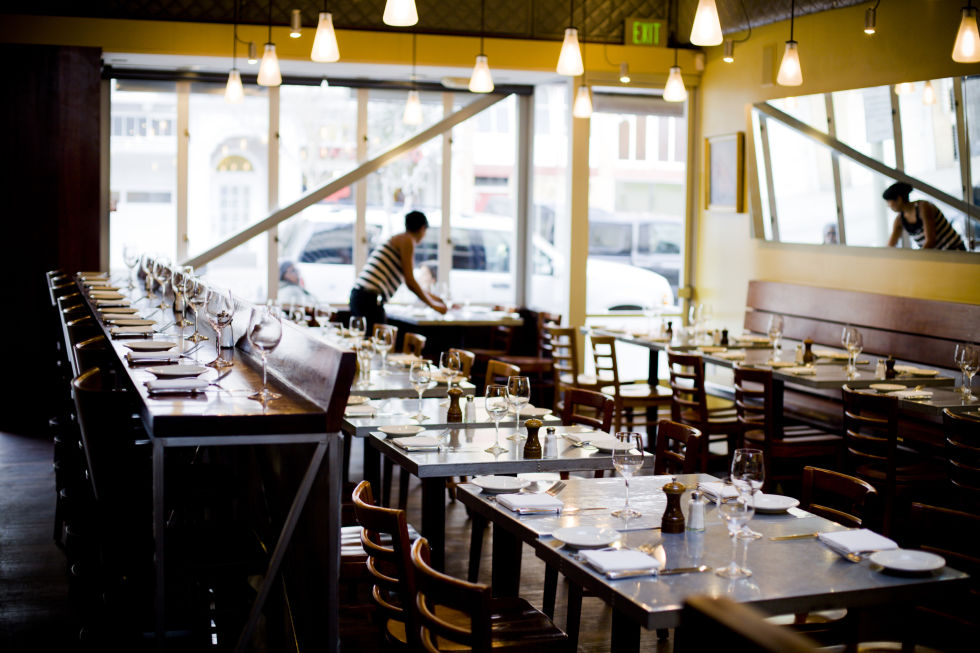 It might be tough to believe, but back in 1998, owners Anne and Craig Stoll financed this casual Italian spot with just credit cards and a small bank loan. Now, they have a thriving mini-empire of sorts, with four pizzerias and a Roman restaurant. Though there’s not much to gawk at by way of design here, the cooking is rustic, comforting, and familiar. For example: the house spaghetti is simply dressed with tomato sauce, olive oil, and Parmigiano-Reggiano, and is so satisfying that it’s developed a bit of a cult following. In short: Delfina is the kind of restaurant every city deserves, delivering food that locals can and want to come back for night in and night out. 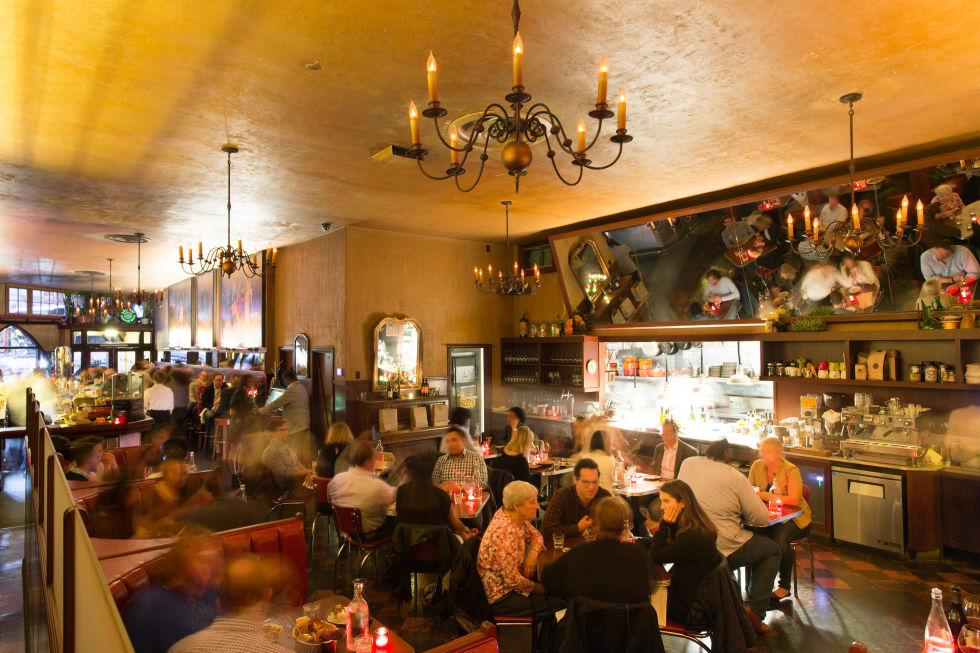 Since 1919, this North Beach institution has been the watering hole of choice of luminaries, ranging from Bob Dylan to Francis Ford Coppola to Hunter S. Thompson. Sean Penn was such a fan that he brokered a deal to sell the bar to restaurateur Ken Friedman and chef April Bloomfield in 2012. Today, Tosca marries old school charm (think red leather banquettes, checkered tiles, and jukebox) with an Italian-leaning menu of hearty plates like whole roasted chicken with creamy marsala sauce, bucatini smothered with tomatoes and Guanciale, and grilled polenta. Cap off the evening with the house cappuccino, a boozy brew of bourbon, brandy, and Dandelion Chocolate that’s been served since up since day one.

In 2007, a fire destroyed this beloved, Italian-American nook in the Tenderloin. In order to keep the legacy alive—it’d been open since 1937—John and Elena Duggan (grandchildren of the original owner Tony Rodin) spent five years scouting a new location and building it out. Though the latest incarnation of Joe’s in North Beach is larger and slicker than the original, the generous portions of crowd-pleasing favorites (such as Eggplant Parmigiana and the Hamburger Sandwich) still lure crowds. And be sure to pop by the bar, even if it’s just for a quick drink. The bartenders are especially entertaining and chatty, ranking among the city’s best. 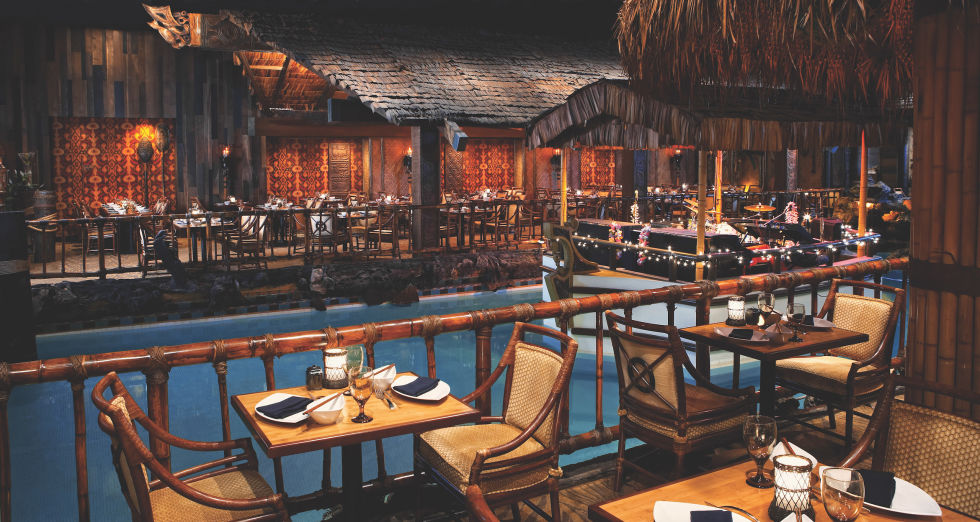 While tiki drinks and culture are more popular than ever now, the Tonga Room has been faithfully turning out spirited and sweet cocktails, Polynesian-inspired food, and fun island vibes since 1945. With an indoor pool, rain showers, rattan furniture, and bamboo accents everywhere, it might all seem a bit kitschy at first, but there’s good reason why reservations on the weekends are an absolute must—and why happy hours are always packed. 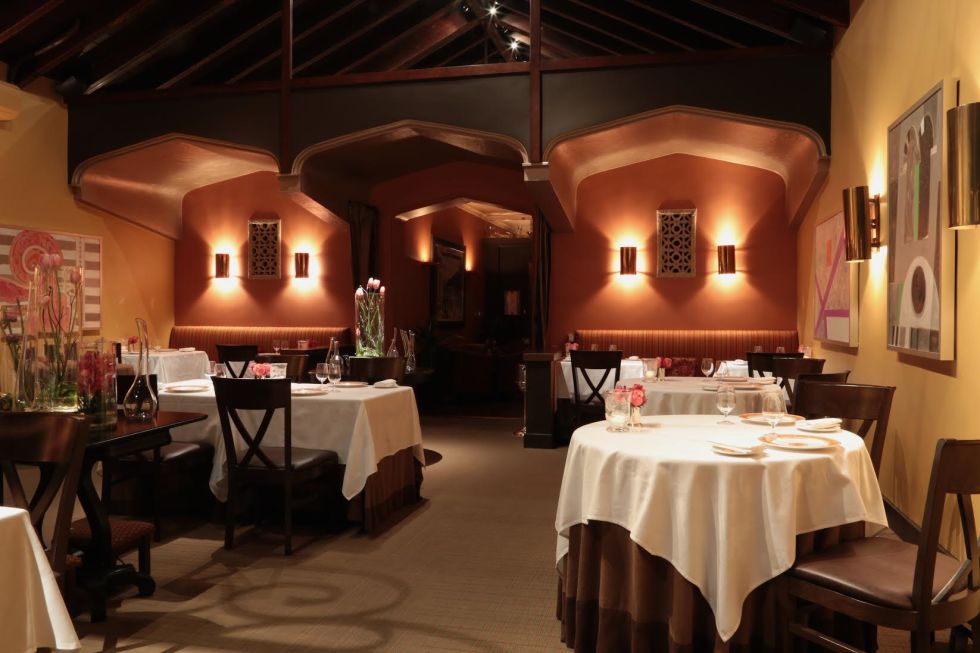 Set in a former chapel, this Nob Hill restaurant has been San Francisco’s standard for special-occasion dining for over 25 years. The vaulted wood-beam ceiling, brass light fixtures, and warm gold and burgundy palette provide an elegant backdrop for co-owner and chef Suzette Gresham-Tognetti’s equally refined Italian cuisine, like her famed parmesan budino. (Imagine a silky smooth custard paired with caviar-like beads filled with black truffle extract.) Gianpaolo Paterlini, the wine director and son of co-owner Giancarlo Paterlini, oversees the program comprised of nearly 2,000 Italian wines. Though casual dining might be the norm nowadays, Acquerello enforces a dress code–jackets and ties are recommended for gentlemen. 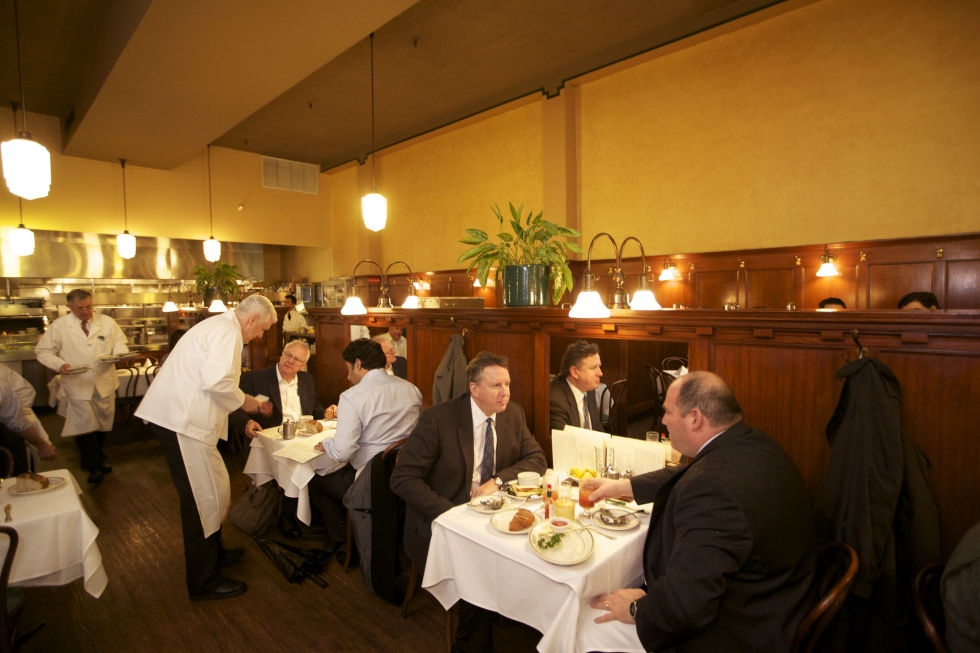 Even though it’s San Francisco’s oldest restaurant, it’s still among the city’s most popular. Need proof? Drop by mid-day, when the restaurant comes alive with a motley, multi-generational mix of regulars, power lunchers, and curious travelers. Servers dressed in white coats and black slacks, juggle oversized bowls of the legendary cioppino (a tomato-based stew loaded with fresh seafood) and trays of bracing, ice-cold martinis, while briskly working their way around the bustling dining room. (There are also curtained-off, private booths with buzzers for guests wanting a bit more privacy.) 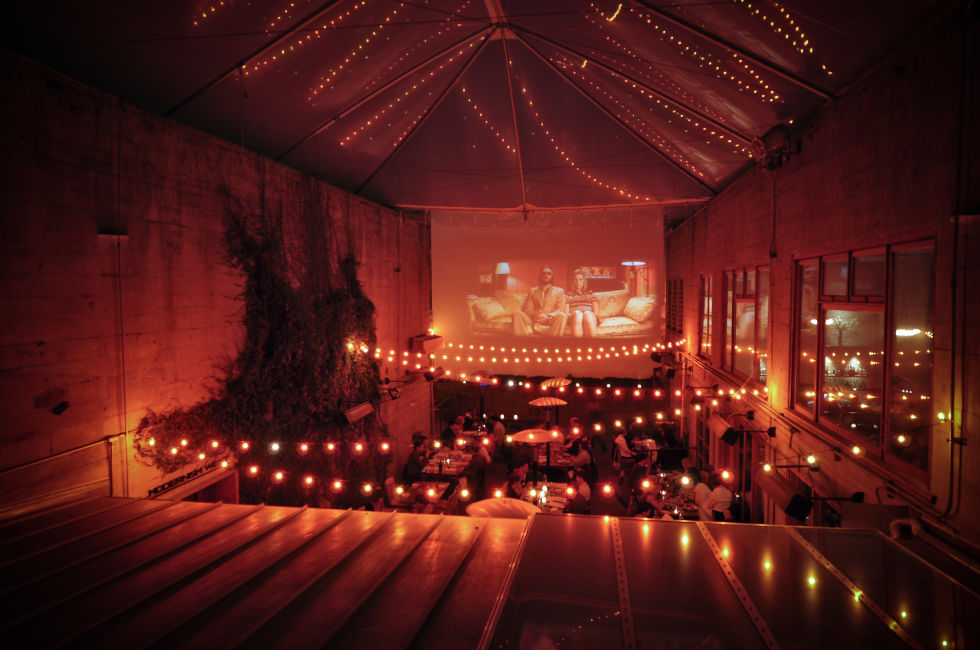 What chefs and co-owners Gayle Pirie and John Clark brought to the Mission District over 15 years ago wasn’t just unique to San Francisco, but the entire country. Even now, it maintains a wholly original, bohemian vibe by weaving together Californian-Mediterranean cuisine–the pristine Pacific coast oysters and fragrant curry fried chicken are best sellers–art, film, and gracious service. No wonder the restaurant continues to be a mainstay for both the city’s stylish set and eager epicureans. Unable to nab a reservation? Then head to the recently-renovated, adjacent bar Laszlo, where savory snacks (like chicken sliders and samosas) get washed down with movie-inspired cocktails (like the Sunset Boulevard and All About Eve.)