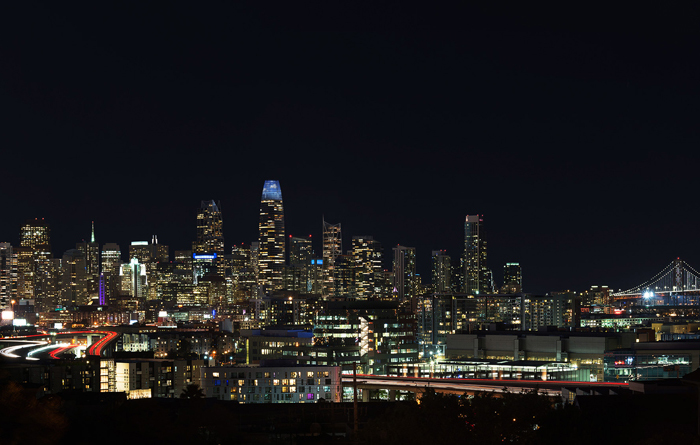 San Francisco-based LED artist Jim Campbell, who has illuminated spaces from SFMOMA to Hong Kong, now has bigger ambitions in mind—or perhaps taller ones, as the case may be.

At today’s Planning Commission hearing, the city will consider a proposal for a Campbell-designed light display at the very top of the 1,070-foot tall Salesforce Tower. City planner Carly Grob lays out the specs:

The upper two-thirds of the [building] crown consists of perforated aluminum panels. […] The exterior of the aluminum panels will be lit with 11,000 LED lights, which will display low-resolution moving color imagery. The images would be a combination of pre-recorded images and those taken from cameras surrounding the City. The crown of the tower also incorporates three internal lighting systems.

And in the same document Campbell himself makes the pitch about his singular design, which actually turns the lights toward the building instead of the city:

Never having been done before in the context of architecture, the LEDs will be mounted onto the outside of the building facing inward […].

This process of reflecting the light off of the surface, as I have done in previous studio work, creates a soft and continuous image instead of a harsh direct image like a Times Square video screen. […]

Characteristic of this artwork is that it is not a destination. One cannot get close to it. It has an ambient presence that is always in the background with the skyline.

The paperwork includes renderings of the finished effect, which observant locals on Reddit began circulating last week to general acclaim. Here’s what we could see atop the tower visible from almost anywhere in San Francisco. Behold: 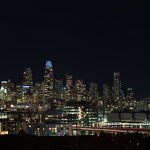 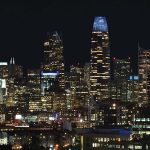 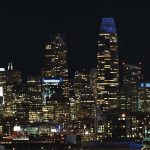 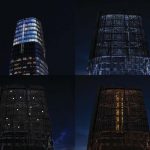 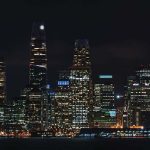 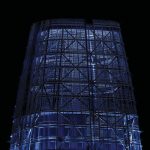 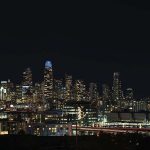 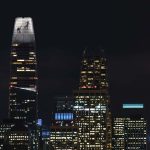 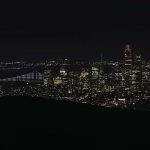 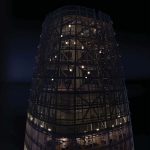 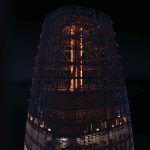