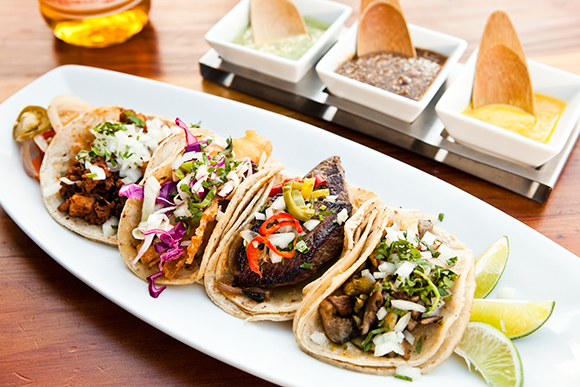 Everyone talks about the burritos of San Francisco, but why ignore the better (and healthier!) Mexican cuisine standby: the taco. This handheld snack (or full-on meal for some here) is a glorious yet simple combination that—when assembled just right—is the juiciest, messiest, spiciest way to reach food bliss. Yes, tacos can be that transcendent. Don’t believe us? Then get your booty over to one (or all) of these 10 places to get tacos in San Francisco that are out of this world good. 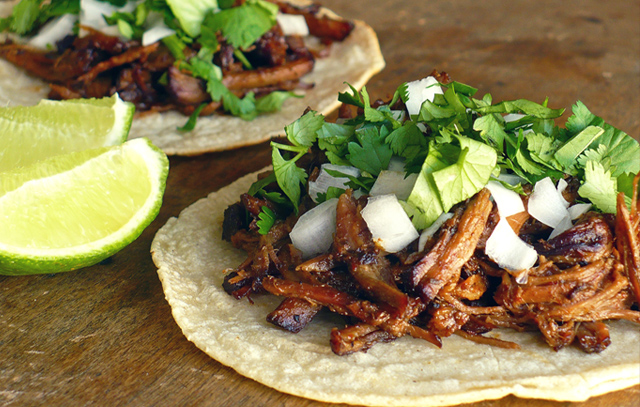 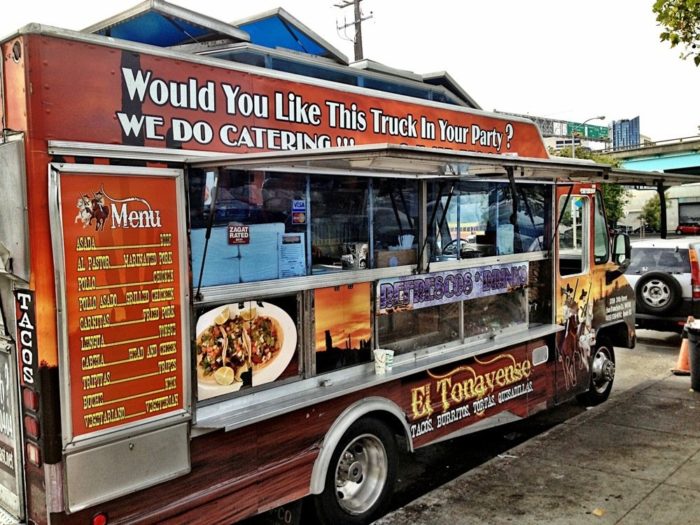 The OG of San Francisco food trucks, this taqueria on wheels has been representing in the Mission District since 1993. You can find it along Harrison Street, typically in front of Best Buy—ok, not the prettiest scenery, but who cares when those juicy carnitas and salsa start running down your chin. 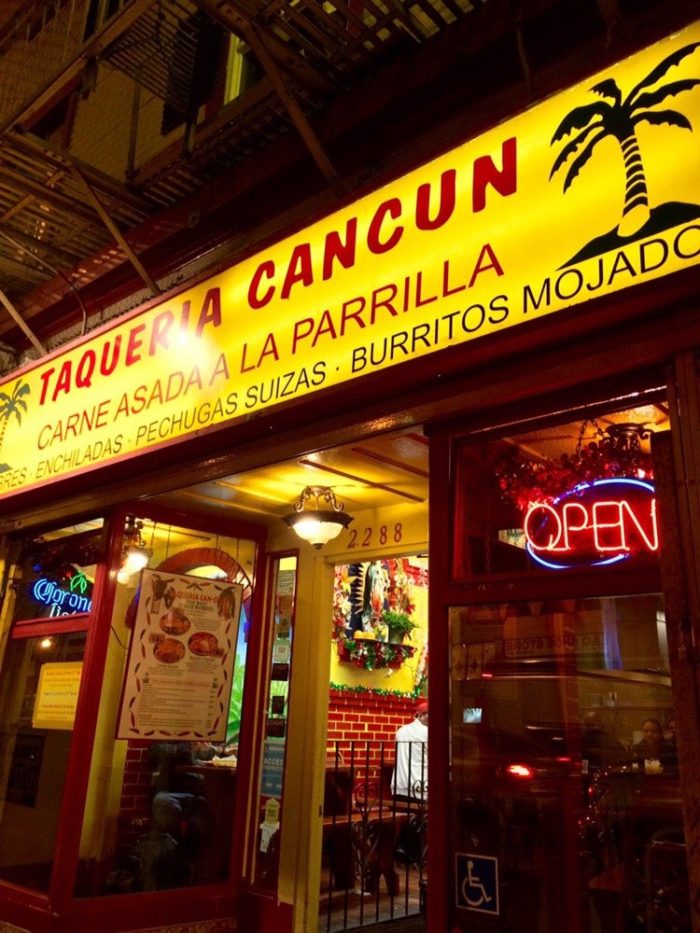 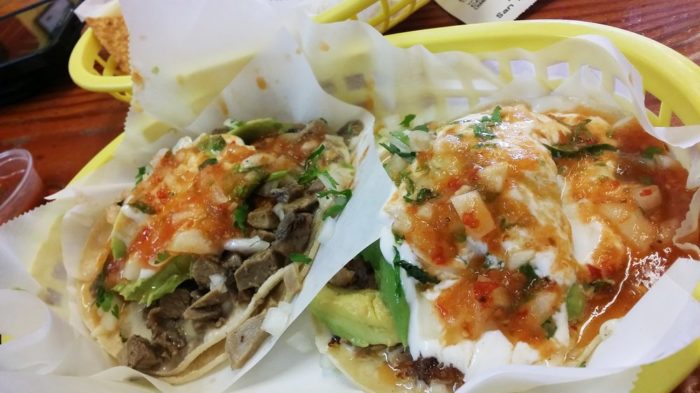 For burrito fans who think a taco is just not enough, here’s your spot: Get the super tacos, which are piled with meat (the al pastor is a fave), avocado, melted cheese, and a healthy dollop of crema. 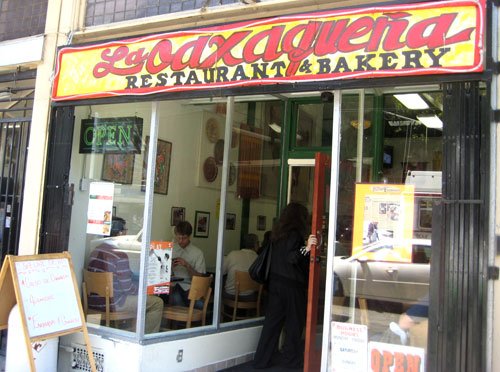 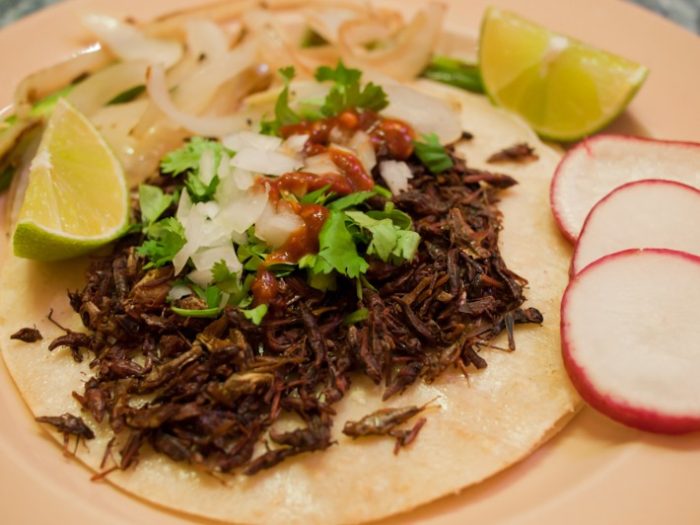 Further up Mission Street is this place serving up authentic Oaxacan food. And though there was a time that their grasshopper tacos were banned, they’re now back on the menu, along with lengua (tongue), ostrich, and venison tacos. Don’t worry: there’s also the typical selection of meats for those less adventurous. 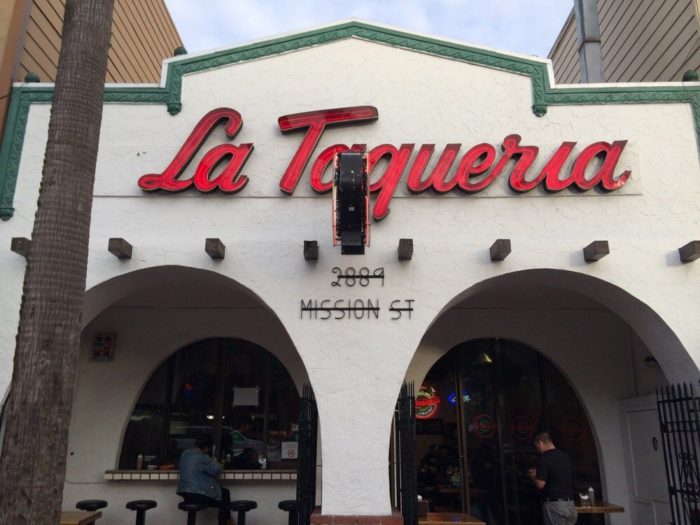 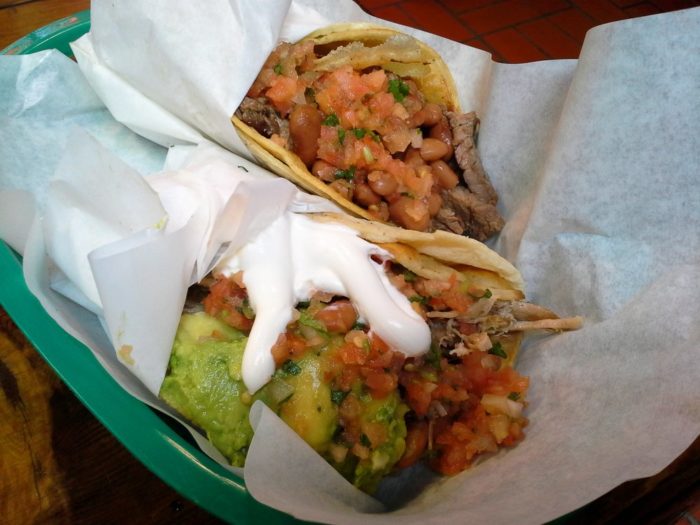 Also on Mission Street, this foodie landmark may (arguably) have “America’s Best Burrito,” but we’ll take the carne asada super taco dorado any day. (That’d be a fried tortilla and a soft one glued together with cheese and then topped with crema, guac, pico de gallo, and salsa verde). 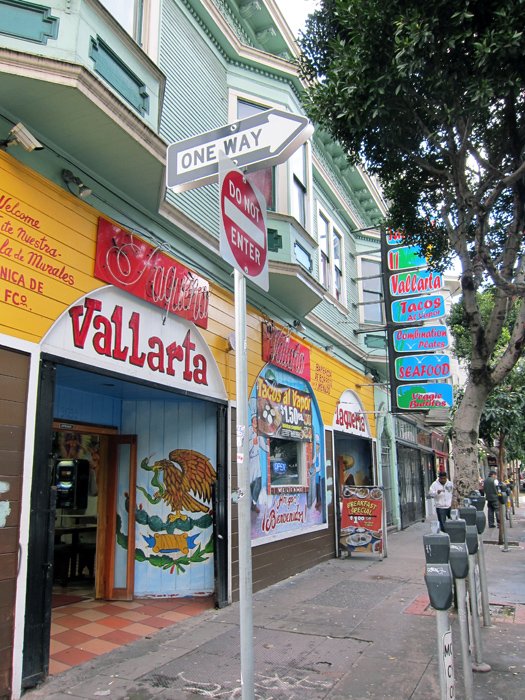 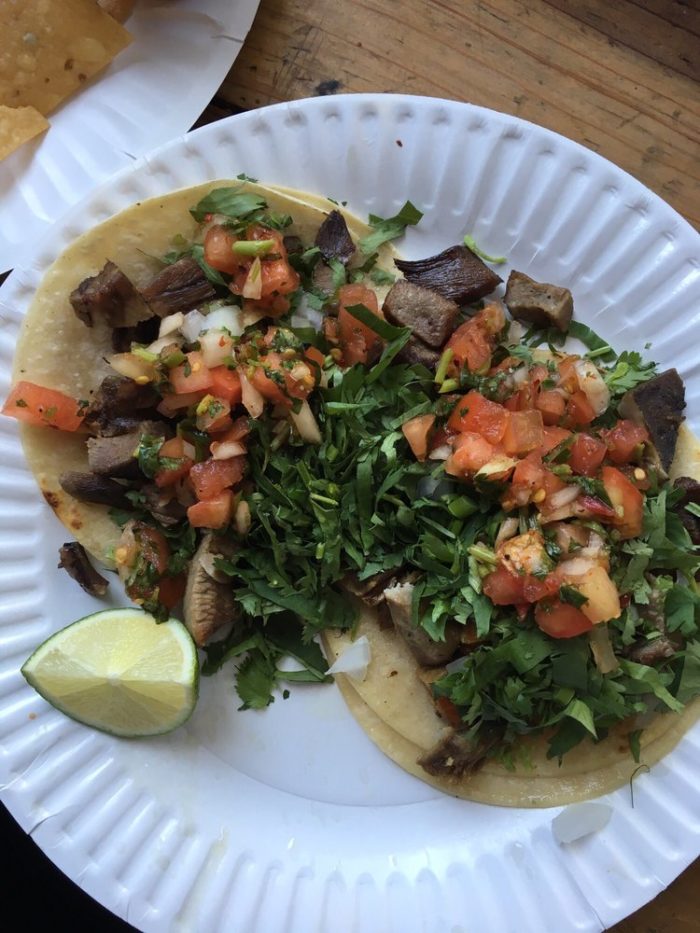 This 24th Street taqueria sits on the corner of Balmy Street (a must-see spot for mural enthusiasts) and is a favorite breakfast place and late-night spot for taco cravings. Head to the taco cart to pick your meats, then make your way to the salsa bar. 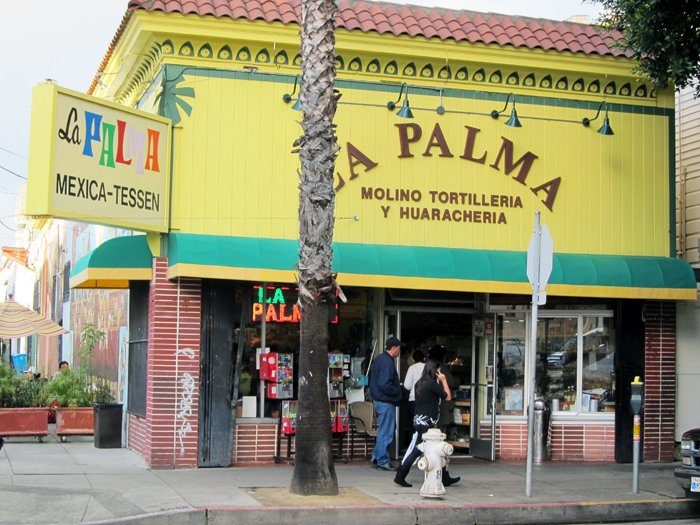 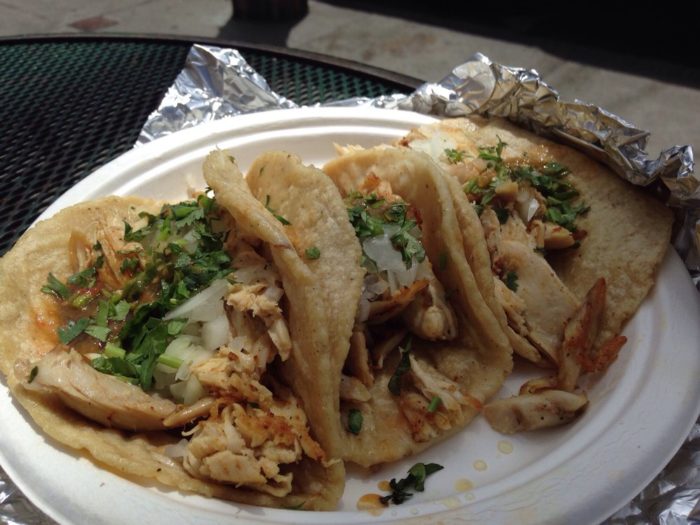 The housemade tortillas are the secret to this longstanding Mission grocery store/taqueria’s success (they’ve been around since 1953!). The masa is produced daily from scratch, and so are their salsas, guacamole, and chips. For the ferociously hungry, go for the taconaso, a 10″ tortilla filled with meat, benas, queso fresco, sour cream, guac, and salsa. 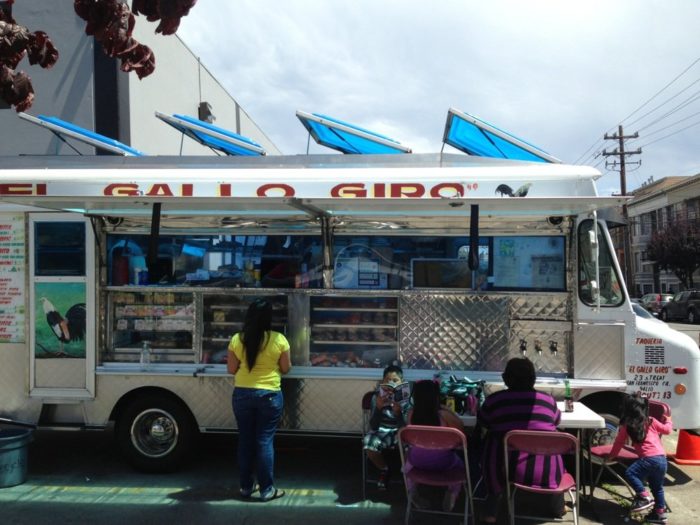 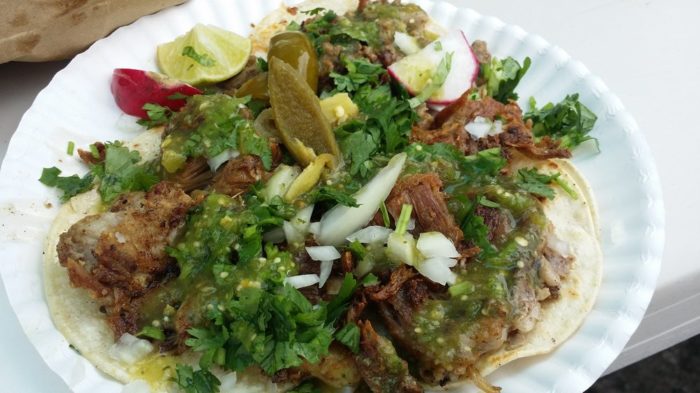 Here’s another taco truck you can trust (and always count on) for a cheap yet bursting-with-flavor taco. The pickled peppers and radishes add a nice, refreshing touch. Go for the hot sauce for an extra spicy kick. 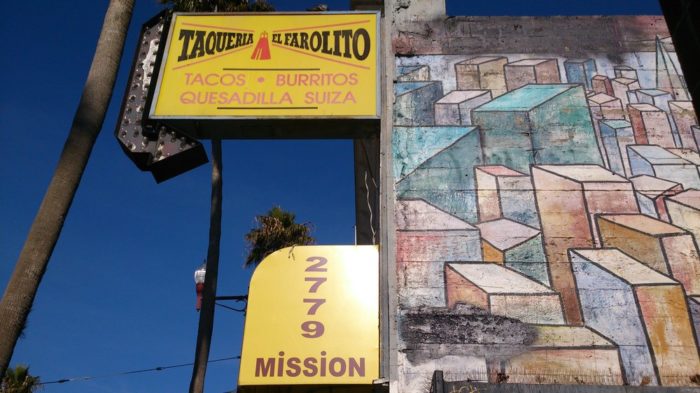 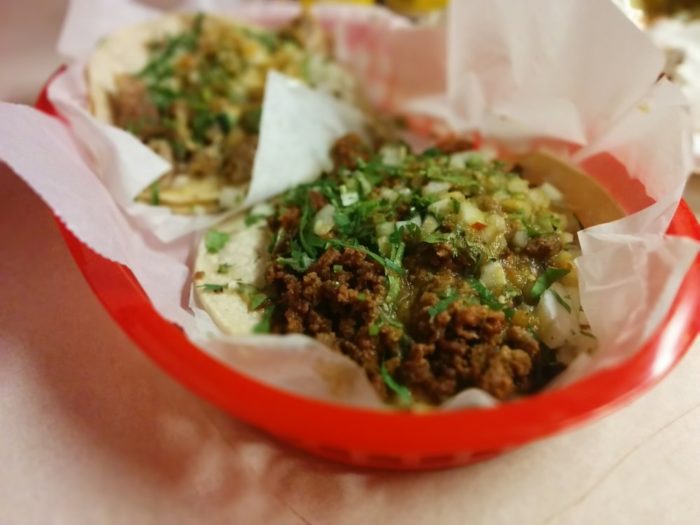 Most come to one of their three Mission locations for an award-winning burritos to soak up some beer after a long night out, but they’re missing out on the generously topped tacos, too (lengua, tripe, and carne asada are the best-sellers). 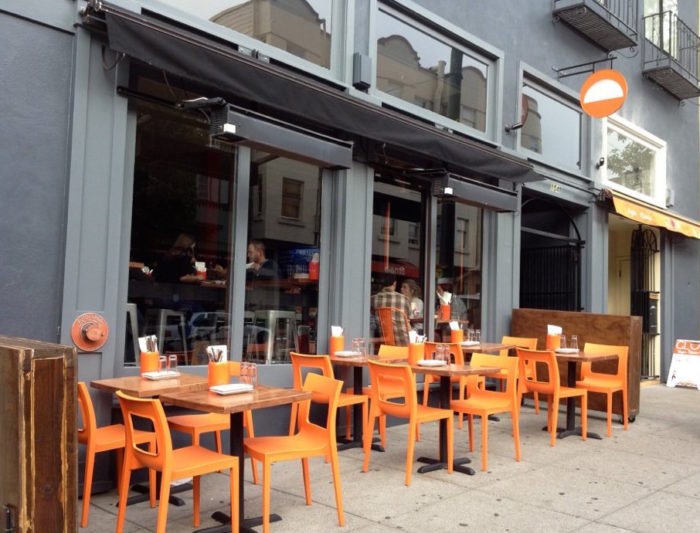 With a name like that, these guys aren’t claiming to be any type of traditional taqueria. Instead, they focus on local, sustainable, and organic ingredients (and they get their corn tortillas delivered daily from La Palma Mexicatessen, #6 on our list). Go for the shot-and-a-beer braised chicken or the taco of the week. They have locations in the Mission (of course), but also the Marina and North Beach. 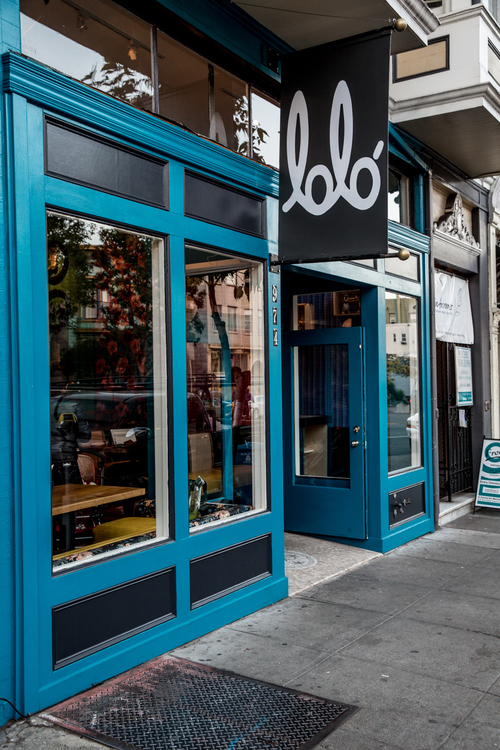 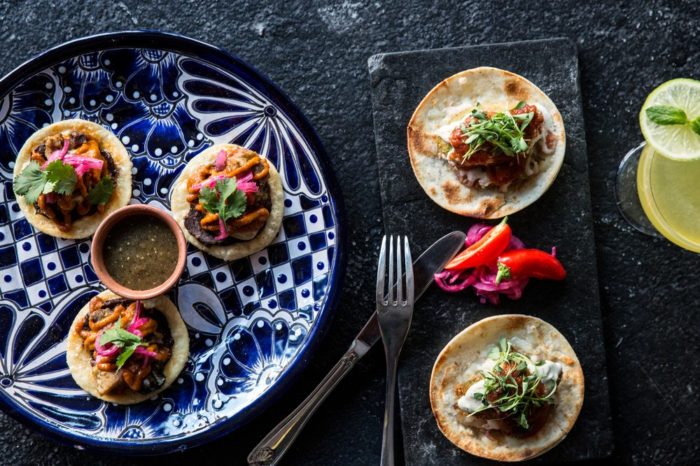 Featuring much more than tacos, this Valencia Street, Jalisco-inspired restaurant is definitely the most upscale spot on this list. But we’ll come here just for the creamy, almost buttery Panko Avocado Taco, which includes panko-crusted, deep-fried slices of avocado with Oaxaca cheese, caramelized onions, and Anaheim peppers.
OK, so now that you’ve had your fill of tacos (we hope!), why not try some of San Francisco’s most favorite and acclaimed dishes.