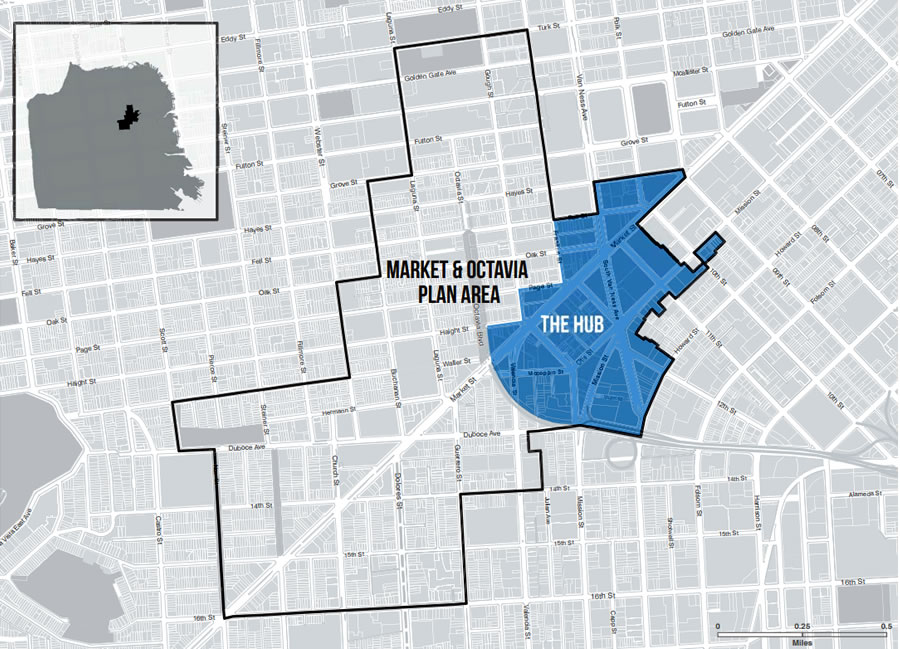 On the heels of the adoption of San Francisco’s Central SoMa Plan, the legal challenges of which have yet to be resolved, San Francisco’s Planning Department has just finished drafting the Environmental Impact Report (EIR) for the City’s equally ambitious, and synergistic, Hub District Plan.

In addition to improving and activating the area’s streets, alleys and public realm, the the Hub Plan would allow for the development of “a taller, larger, denser, and more diverse array of buildings and heights” within the boundaries of the 84-acre Hub District, which is effectively centered around the intersection of Van Ness and Market, within the City’s Market and Octavia Plan Area. 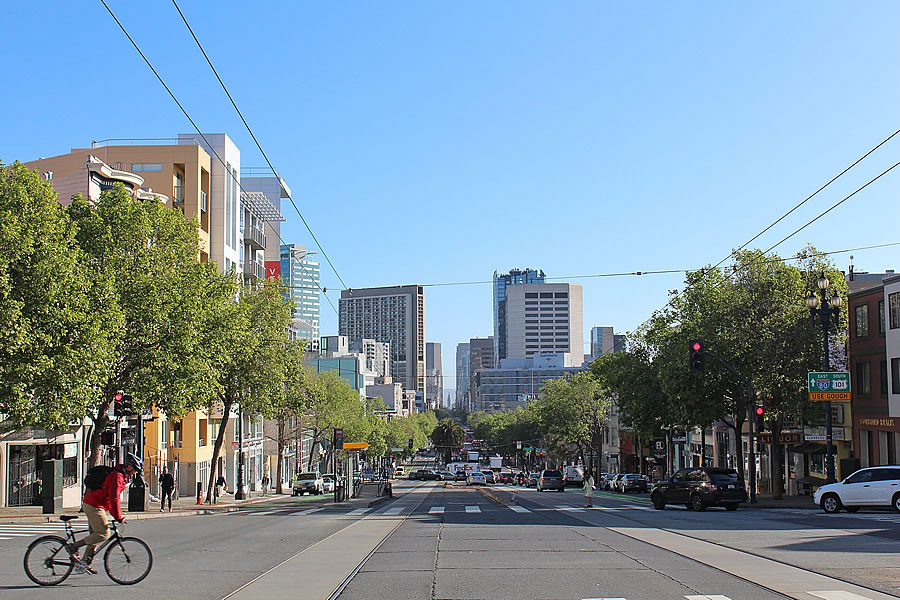 Currently zoned for building up to a maximum of 400 feet in height, the proposed plan would increase height limits for 18 specific Hub District sites and allow for the development of up to six new towers, the tallest of which would now be allowed to reach up to 650 feet in height at 1 South Van Ness Avenue, cementing the intersection as the visual hub of the neighborhood. 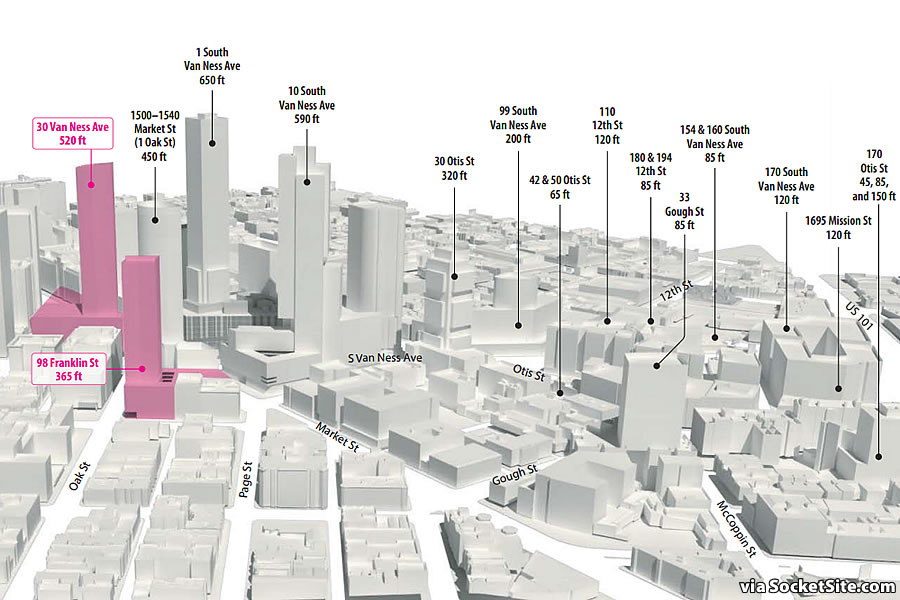 If adopted and developed as envisioned, the plan would allow for up to 8,100 new residential units, with room(s) for around 15,700 new residents to rise within the boundaries of the Hub District, the current population of which now totals around 8,100, housed within 3,500 existing units, and is walking/biking/Muni distance to Central SoMa.

And while the plan would result in the development of some new office space as well, such as at the base of the proposed tower to rise at 30 Van Ness, the net increase in the number of new area jobs that the plan is projected to yield, accounting for the loss of existing commercial spaces which would be redeveloped, is 275.

In terms of timing, a public hearing for the Draft Impact Report is now slated to be held on August 29, after which comments will be collected, addressed and the report finalized.  And once the report is finalized, adoption hearings could then follow, with a current target of having an approved plan in hand, and perhaps some ground ready to be broken, by the end of next year (2020).