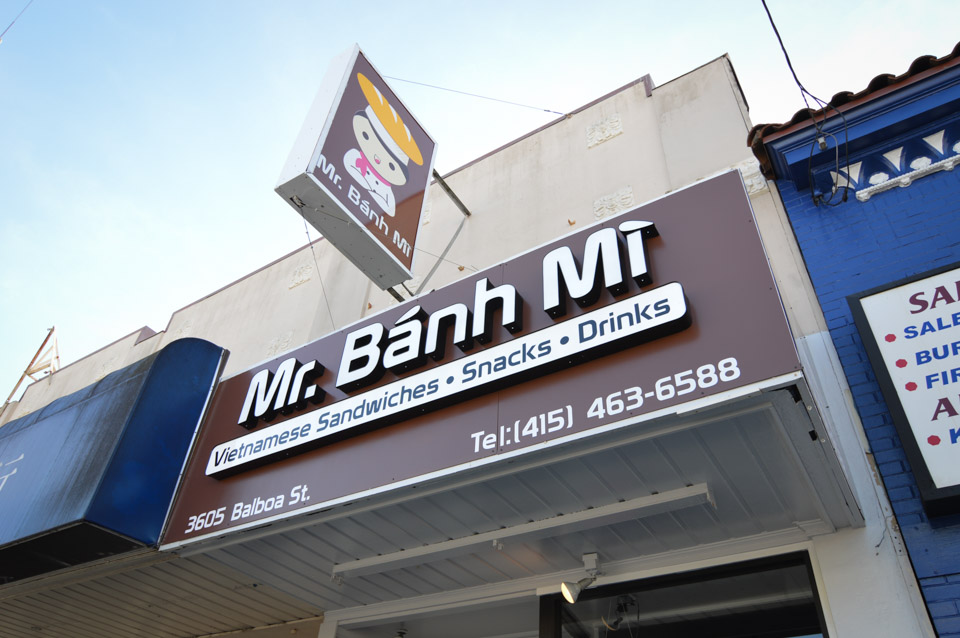 Outer Richmond residents flocked to the neighborhood’s newest addition on Sunday, forming a line out the door within 15 minutes of opening. Many had heard about Mr. Banh Mi’s grand opening on Facebook, but others were simply passersby curious to try out the new bites on Balboa Street. 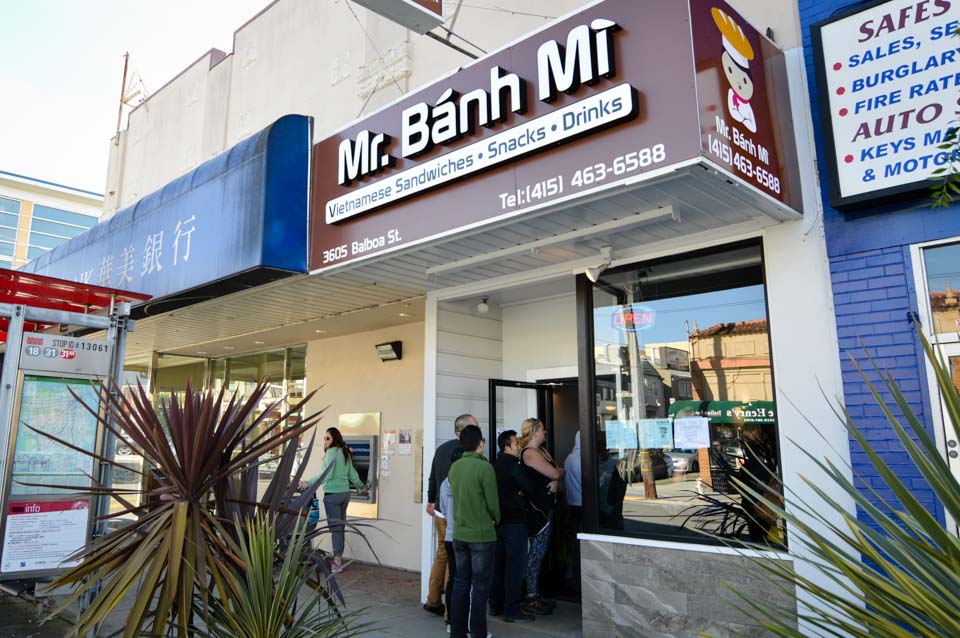 The Richmond eatery specializes in banh mi, a type of sandwich combining meat, cucumber, cilantro, and pickled veggies in a crisp French baguette. There are 14 different options to choose from on the menu, plus a variety of snacks ranging from vegetarian spring rolls to fried chicken wings.

And with menu items ranging from $4-6, it’s an affordable and convenient takeout option to complement the many sit-down restaurants in the vicinity. 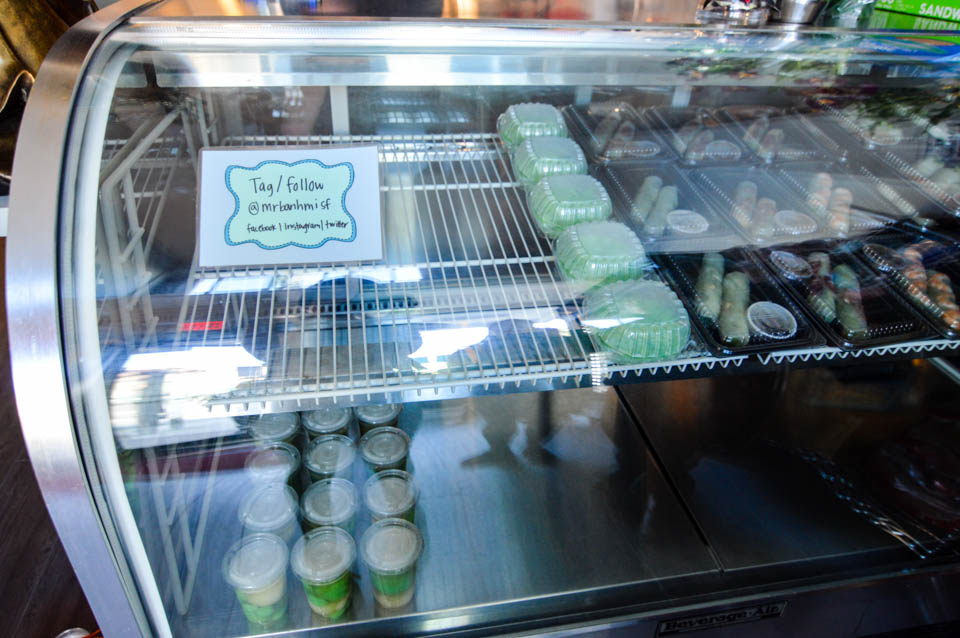 The space at 3605 Balboa St. had previously sat vacant for over a year, after the closing of Victoria’s Pizzeria. Neighbors speculated what the renovations might bring, until the Richmond District Blog announced the new ownership back in January. 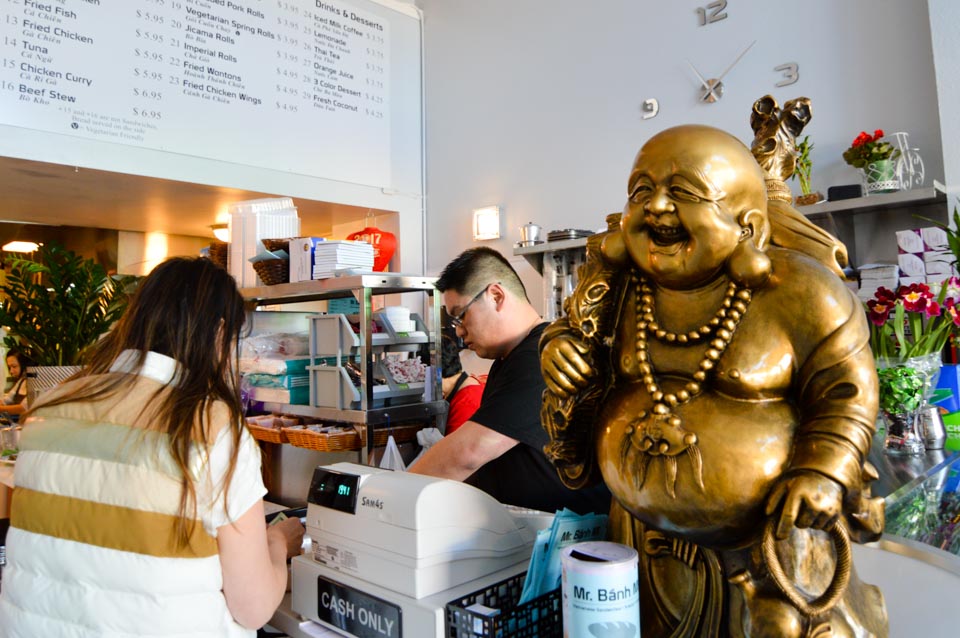 And on a sunny Sunday afternoon, a meat-and-veggie-stuffed sandwich and Thai iced tea was exactly what the neighborhood needed. The food was so popular that by 4pm, a notice on the window announced that the kitchen had run out of bread for the day.

Never fear, though; Mr. Banh Mi will be back in business early Monday morning, with plenty of supplies to last through the midday rush and beyond. 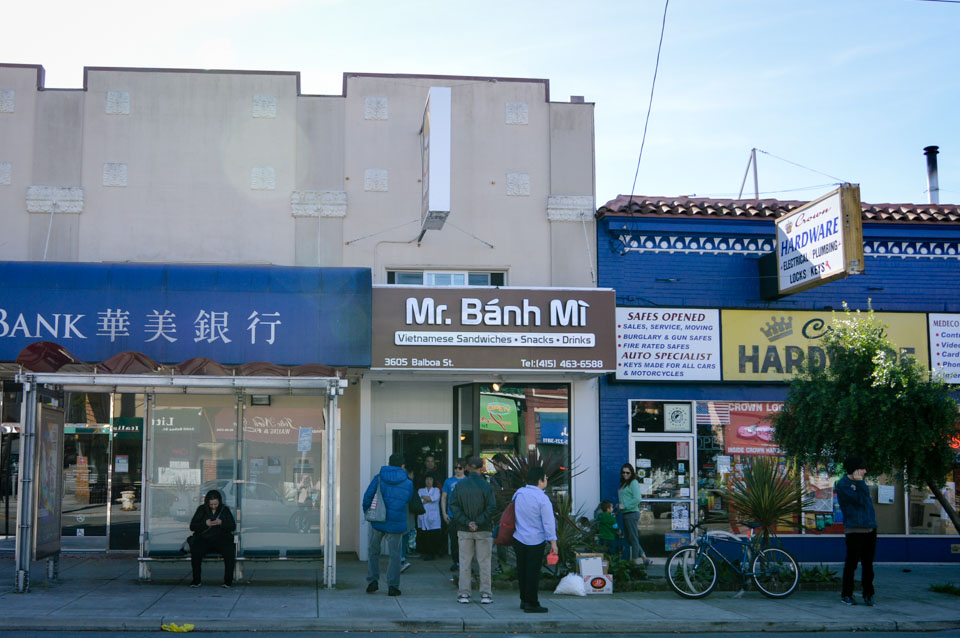 For those in the outer avenues craving the taste of authentic Vietnamese sandwiches, Mr. Banh Mi is open from 10am-7pm daily, and closed on Thursdays. (Note: the register is cash only, but there’s an ATM right next door.)