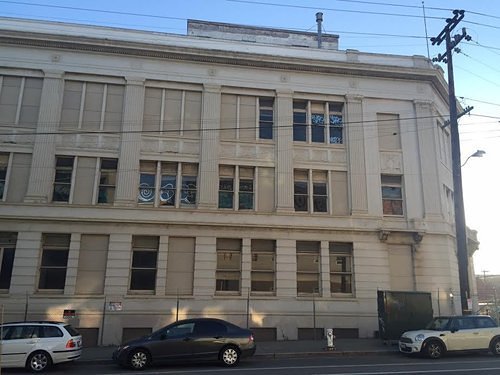 The first phase of Pier 70’s redevelopment is well under way, and the rehabilitated mix of eight office and industrial buildings has just snagged its first major tenant—and it’s one with a very fitting name for the restored buildings. Restoration Hardware will open a 60,000-square-foot showroom in the old Bethlehem Steel building at the corner of Illinois and 20th streets. According to the San Francisco Chronicle, the storefront willserve as a flagship gallery for Restoration Hardware.

Restoration will be inhabiting Building 101, which has been covered by graffiti and some of its ornamentation has been stripped by lootersover recent years. However, there is still plenty to save, and the aim of the redevelopment is to keep the historic feeling intact. The project is being rehabbed by Orton Development, whose partner James Madsen told theChronicle that more leases are on their way. A restauranteur and a tenant looking for light manufacturing and office space are in advanced talks. The other part of the Pier 70 development is being undertaken by Forest City and will include 1,000 units of housing and 2.2 million square feet of commercial space.